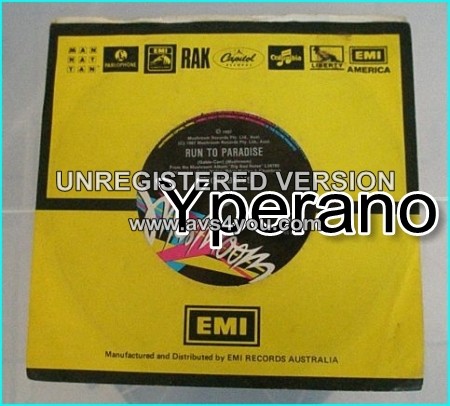 “Run To Paradise” is an Aussie classic! The Choirboys hit that became a radio staple in 1987, and topped the charts the same year. Peaking at #3, it was Australia’s 11th highest selling single of the 1980s!

Bought back to life with a horrendous techno mix by producer and DJ Nick Skitz using Mark Gable’s vocals – it hit the charts again in 2004, peaking at #16 and staying in the Top 50 for a whopping 20 weeks.

And now, you can’t escape the new McDonald’s ad on TV (for those of you who still watch TV and haven’t disappeared completely into a digital streaming subscription). The ad shows two lads jumping off the sofa to embark on a cross-continent expedition to get a Maccas burger. “Run To Paradise” is the perfect audio accompaniment.

The song has always been associated with taking drugs however Mark Gable said in an interview   “that is only a part of it. It’s about people that I knew on the Northern Beaches and although we lived in Paradise, many were wasting the opportunity to really enjoy something that the rest of the world couldn’t, being the Northern Beaches. It’s a beautiful part of the world.”

Taken from the Big Bad Noise album, which was also a huge Aussie success. The album also gave us “Boys Will Be Boys”  cementing The Choirboys as rock legends.

This song is about drug abuse. Run to Paradise- going (very fast) to heaven. You dont mind if i abuse myself so i can hold my head up high- self explanatory really. You dont need anyone- when you abuse drugs you dont actually need anyone and no one really wants to be around you either. So in a spirit of defiance, you decide that you dont need anyone.

Unbeknown to the thousands of Aussies who sing Run To Paradise in pubs, clubs and karaoke bars across the country each year, the iconic ’80s hit is an anti-drugs anthem.

It’s all spelled out by the time you get to the lines, “You don’t need a friend when you can score, you run to paradise” in the second verse.

Choirboys frontman and co-writer of one of the most loved Aussie pub rock songs Mark Gable, said it’s also about people who bludged on the dole back in his day.

Growing up on the northern beaches of Sydney, Gable,   was frustrated at the number of young people who put surfing ahead of finding a job.

Then there was a close friend who overdosed on acid and ended up in a “psych ward”, said Gable.

“It’s about people being on the northern beaches of Sydney where I grew up, and they were just wasting their time getting drunk, smoking dope, surfing and not working and I was really critical of that,” Gable said.

“They were just a bunch of bludgers, and I didn’t mind bludging myself, but they just seemed directionless, living in paradise.

“I used to see guys on the dole for a four-year stretch.

“The truth be known, I ironically went through my own drinking and drugs days.”

Even though he’s written hundreds of tunes, Run To Paradise, and to a lesser degree Boys Will Be Boys, have wrongly defined him and The Choirboys as bascially a 1½-hit wonder.

Run To Paradise, which peaked at No. 3…   33 years ago this month. At the time, it was widely assumed the song’s ­lyrics referred to heroin use (“You don’t need a friend when you can score / You run to paradise”).

Singer Mark Gable, who co-wrote Run To Paradise with the band’s original guitarist, Brad Carr, begs to differ. “It’s not specifically about heroin,” Gable says. “It’s more about misspent youth, the waste I saw in the ’70s on the northern beaches of Sydney. It’s more about being on the dole, surfing instead of working, smoking dope and drinking, ­people getting trashed in pubs on the weekend.”

As frontman of a band that has played in pubs almost exclusively since forming on Sydney’s North Shore in 1979, few would know better than Gable about the weekend rituals of Australian music fans. Run To Paradise name-checks at least two of them: “Jenny, I’ll meet you at the grocery store … ” and “Johnny, we were ­always best of friends … ” While “Johnny” is a sob­riquet for Gable’s old mate Carr, who left the band just before they were due to record their second album, it turns out “Jenny” is her real name.

“A lot of the characters in the song were an ­amalgam of different people I knew at the time,” says Gable, “but Jenny was real, a gorgeous girl who worked at David Jones’ Warringah Mall (in Sydney’s north) at the time I was working in Flemings super­market in the same shopping centre. I ­wangled a job at DJs as a window dresser just to get closer to her. It’s how we ultimately met … but she walked right past me after I said hello, then turned around and said ‘Gidday’ in a really broad bogan ­accent. That was it. Illusion shattered … ” 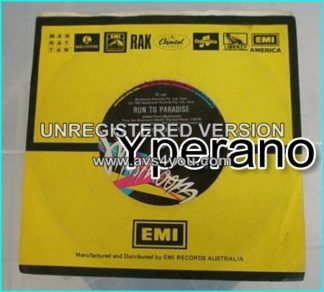