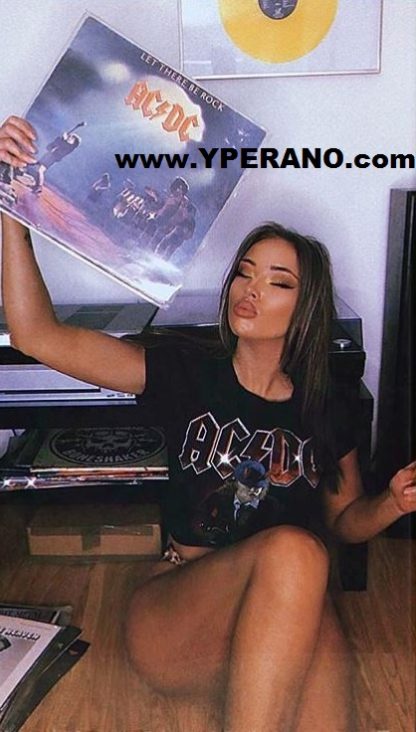 Malcolm Young once said of his band’s music: “It’s just loud rock‘n’roll – wham, bam, thank you mam!” No AC/DC album embodies that spirit better than Let There Be Rock. Released in ’77, when punk rock was at its height, the album had a raw edge, a manic intensity and a streetwise attitude that appealed to punks and headbangers alike.

If the three albums that came before it – High Voltage, T.N.T. and Dirty Deeds Done Dirt Cheap – had an increasingly high quotient of brilliance, Let There Be Rock was the one where AC/DC truly found their place in the scheme of things, not least on the title track, a heartfelt ode to original, no-shit rock’n’roll as evinced by the fastest, most irresistibly hair-shaking piece of high-octane noise ever committed to what was still then just poor, weak vinyl. Elsewhere, Hell Ain’t A Bad Place To Be stood as AC/DC’s own Brown Sugar.

“If you’re a purist and like the guitars being completely in tune and things being completely studio-sterile, that song’s gonna kill you,” Mark Evans says of the latter, “cos the guitars are whomping all over the place out of tune. But it’s just got that nasty, gritty feel about it that says AC/DC.”

Indeed the whole album sounds like it’s on the verge of spilling over into total feedback. It was recorded live in one room. Mistakes were tolerated if the vibe was strong enough, the energy audibly crackling over the speakers on tracks like Overdose or Bad Boy Boogie.

Recorded mostly live-in-the-studio (Hell Ain’t A Bad Place To Be is completely out of tune), it included two tracks that would become rock classics: Whole Lotta Rosie, Bon’s tribute to a 19-stone groupie, and the frenetic and profane title track. The title song became the one AC/DC would end their set with for years to come while Whole Lotta Rosie would be guaranteed to get the crowds moving. To paraphrase Bon’s fond and funny lyrics, it ain’t no fairy story but they give it all they’ve got. It’s a nineteen stone beauty. 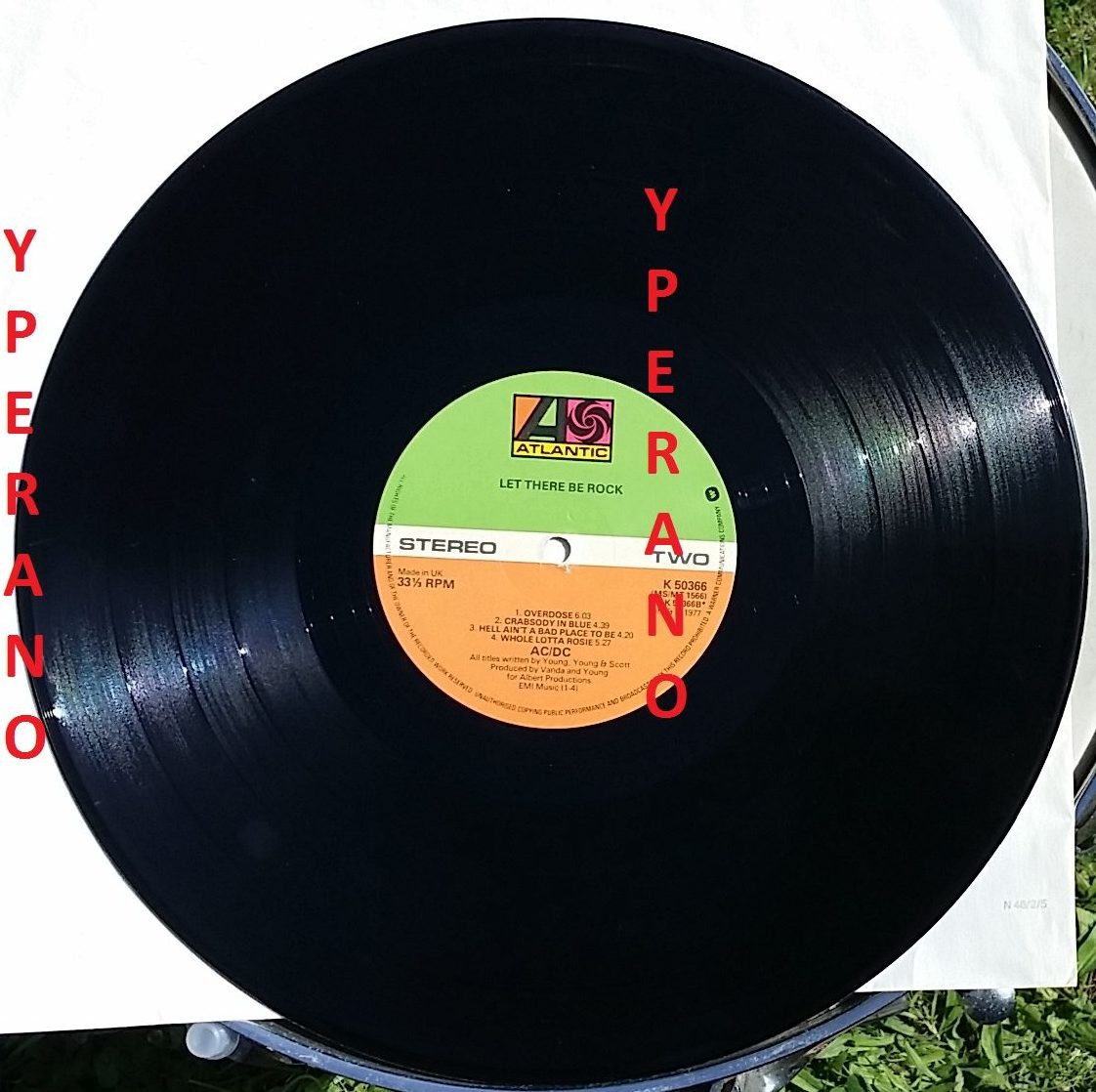 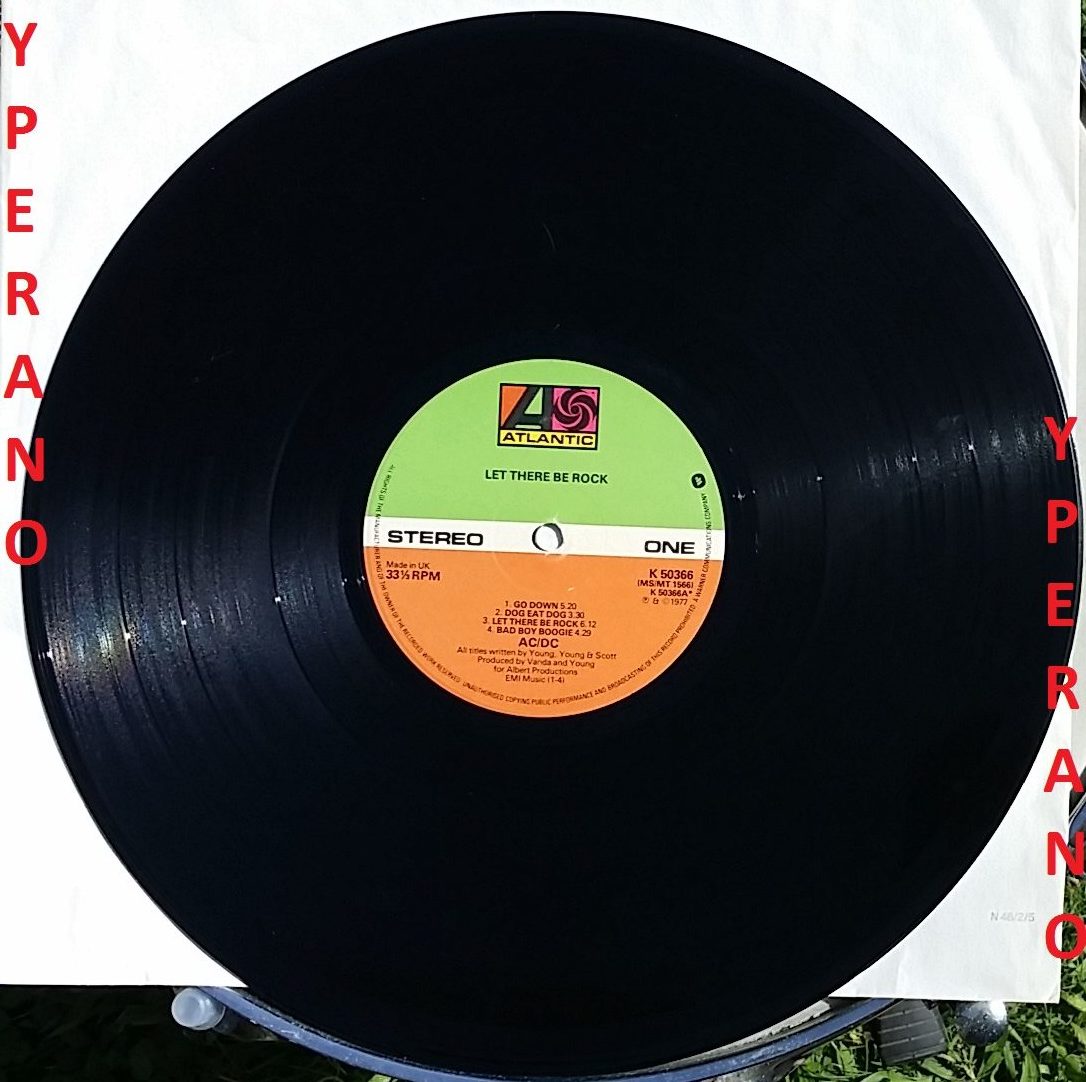 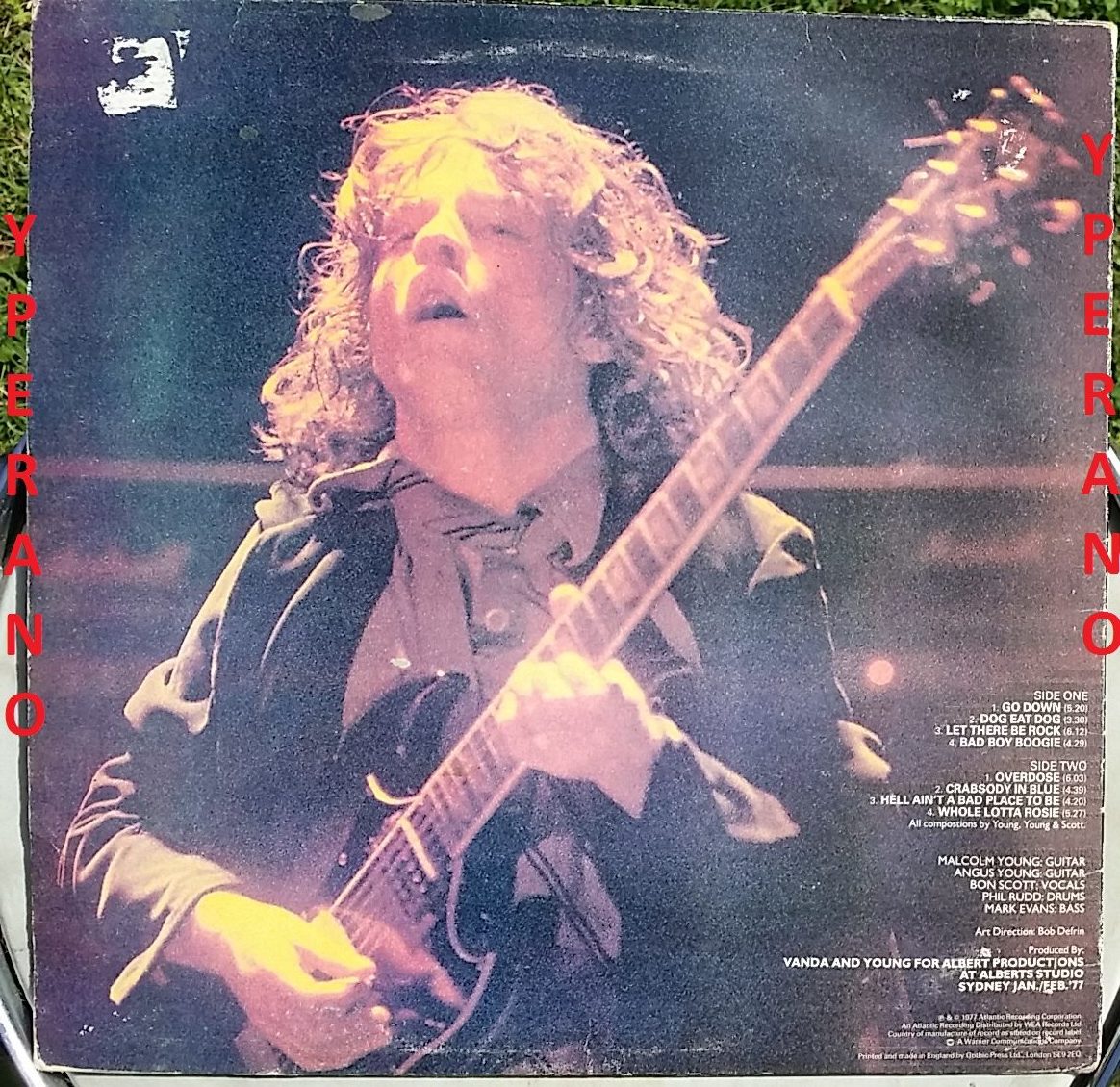 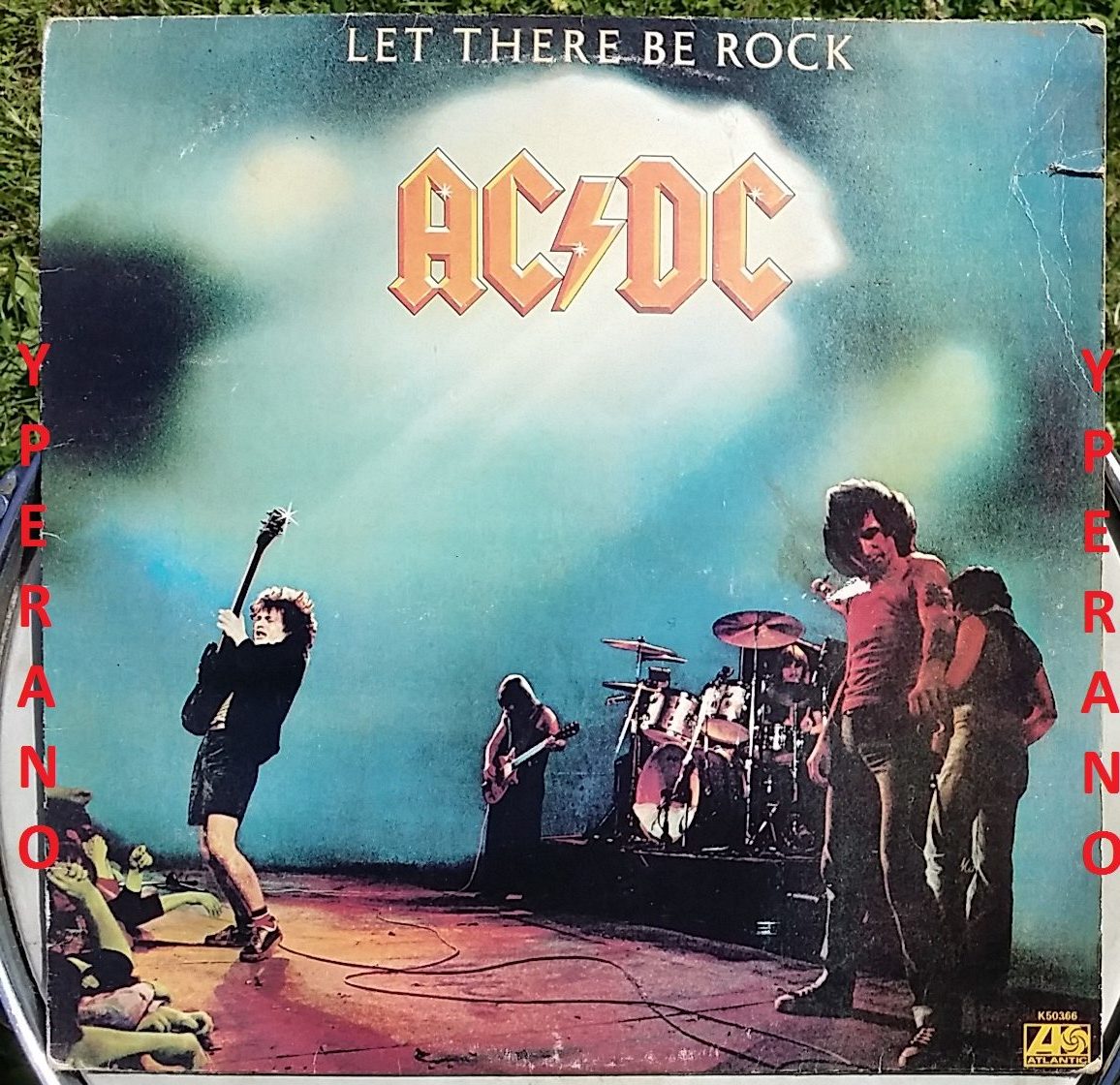 Diamond Head’s Brian Tatler: a record that changed my life

AC/DC – Let There Be Rock

“It’s feral. It bristles with a raw energy that was so exciting to me at age 17. I had glimpsed them on The Old Grey Whistle Test when they performed Problem Child. I think it was a film from Australia, just that one song, and I was completely blown away.

“So I thought okay, I have to see them live. There was a were touring not long after that, and they played a place called the Mayfair Suite in Birmingham, and I bought tickets. It was probably £1.75 or something, and they opened with Let There Be Rock and blew me away. Pinned me to the wall.

“There’s 300 people in the room and sweat and snot poured off Angus as he came to the front of the stage. I was three feet away from them, and they use a much cleaner guitar sound than most other rock bands, but it’s razor-sharp and it just cuts through. They leave space in their riffs for the drums and vocal and bass, and not many bands did that. I just loved the discipline of the drums and bass to play very simply.

“Malcolm was in charge of that band with an iron fist, and just said, ‘this is how it’s going to work. We’ve got the right chords. We’ve got the choruses. We’ve got a brilliant gimmick with Angus, and we just got to take it around the world.’ It’s a beautiful thing, AC/DC.

“Somehow they captured that live energy on Let There Be Rock. It almost sounds like it’s done live with the whole band. It’s chock-full of great rock anthems: Let There Be Rock, Whole Lotta Rosie, Hell Ain’t A Bad Place To Be, Bad Boy Boogie, Problem Child.

“Diamond Head were lucky enough to support AC/DC in January 1980, at the end of the Highway To Hell tour. Two amazing gigs, both sold out. We had a fantastic reception from their fans.

“A few weeks later Bon was found dead, which of course was a terrible shock to us. Diamond Head played the last ever two dates with Bon Scott. It was very weird. And you know, very sad.” 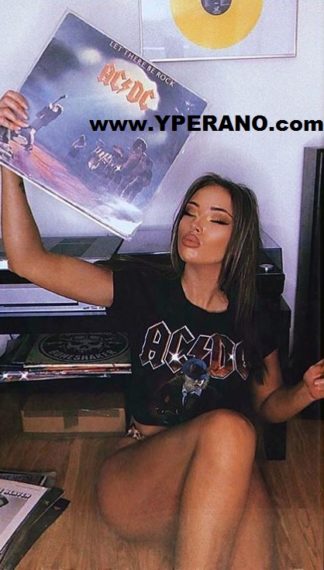