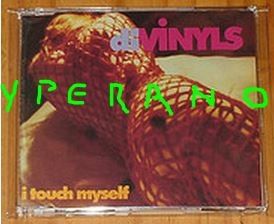 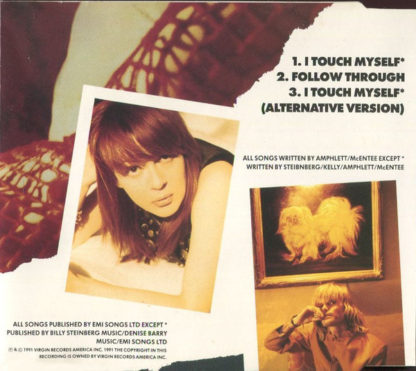 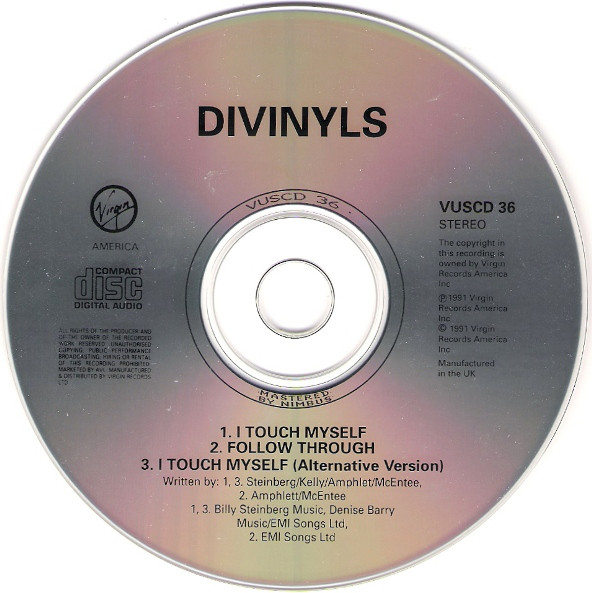 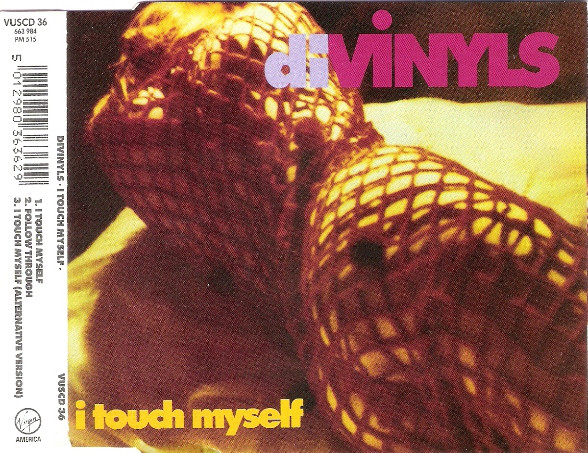 Divinyls was an Australian rock band that was formed in Sydney in 1980. The band primarily consisted of vocalist Chrissy Amphlett and guitarist Mark McEntee. 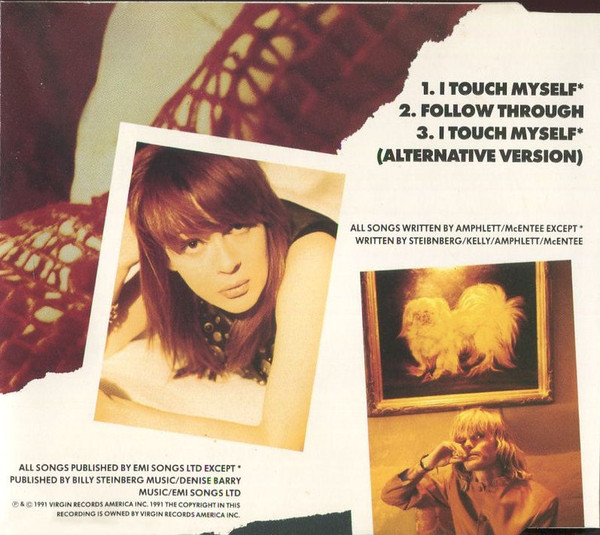 I think we all know what the late Chrissie Amphlett was on about here, don’t we? But just in case you’re still a wee bit unsure as to exactly what she’s intending to touch, a quick whizz through the Divinyls promo video for this 1990 soft rock classic will sort you out. All pouty lips and wiggling hips, Amphlett leaves nothing to the imagination as she works her way through a song that according to Wikipedia “is a paean to female pleasure, eroticism, orgasm and masturbation.” Crikey! That’s quite a lot to get into three minutes and 43 seconds of music, but Amphlett makes a sterling job of it.

“I Touch Myself” is a song written and recorded by the Australian rock band Divinyls. It was released in January 1991 as the lead single from their fifth album, Divinyls. The song was written by Divinyls band members Christina Amphlett (R.I.P 2013) and Mark McEntee and professional songwriters Tom Kelly and Billy Steinberg. It has since been covered by numerous artists.

Composition and recording:
Christina Amphlett and Mark McEntee wrote the song with the songwriting team of Tom Kelly and Billy Steinberg (who have written songs such as “I’ll Stand by You,” “Like a Virgin,” “Eternal Flame,” “True Colors” and “So Emotional”). Billy Steinberg had “I Touch Myself” in his notebook; he had written the first verse and the chorus lyric. Amphlett liked it immediately. The next day, McEntee, Steinberg, Kelly, and Amphlett got together and wrote the rest, an unusual move, as Steinberg and Kelly rarely collaborated with others. Putting the song together took a lot of trial and error. It was recorded to two inch tape, making it difficult to edit. After significant experimentation they came up with an unusual structure with the bridge placed after the first chorus.
The song is featured in the 1992 film Prelude to a Kiss and the 1997 film Austin Powers: International Man of Mystery.

Promotion and chart performance
In Australia “I Touch Myself” was released as a CD single in December 1990 and debuted at number thirty-one later that month. After five weeks of being in the chart the song jumped to number-one knocking Vanilla Ices debut single “Ice Ice Baby” off the top spot and stayed there for another week. It debuted on the UK Singles Chart at position sixty-nine and on its eighth week it peaked at number ten (its peak position in the UK) and spent a total of twelve weeks in the chart. When released in the United States, the song caused a minor controversy. However, it managed to reach the top five of the Billboard Hot 100 chart, peaking at number four, and peaked at number two on the Billboard Modern Rock Tracks chart, after receiving extensive play on modern rock radio, which was more accepting of the songs subject matter. The DiVinyls are considered a one-hit wonder in the US, as “I Touch Myself” was their only Stateside Top 40.

Cover versions
Gina Riley infamously parodied the song on Fast Forward.
In 2000, the Industrial metal band Genitorturers released their album Machine Love which included a cover version of “I Touch Myself”, with slightly altered lyrics, making the singer the dominant party in the song, rather than submissive. It is often mistaken to be a Jack Off Jill cover.
Rolf Harris performed a tongue-in-cheek version, accompanied only by his wobble board and asides full of innuendo, for Andrew Dentons Musical Challenge on the MMM Breakfast Show. This recording was released on the first Musical Challenge compilation album in 2000.
In 2005, the a cappella group Last Call [3] from Cornell University released their fourth album Straight Up, whose fourth track is a cover of “I Touch Myself”. This cover is, obviously, a cappella and is sung at a slightly faster pace. In the same year the Belgium all-girls choir Scala & Kolacny Brothers did a classical cover version.
It was remade as a dance song by Lenny B featuring Kristy Kay.
Alternative rock band Eve 6 occasionally covers the song during performances.
In September 2006, Australian singer-songwriter and former Bardot member, Tiffani Wood, released the song as the third single from her solo album Bite Your Tongue. It did not however make an impact on the ARIA Charts.
In 2007 the The Girls of FHM released a cover version and accompanying video.
On a tour with Ben Kweller and Ben Lee, Ben Folds performed the song live while the trio toured as The Bens.
In 2009 Pink covered this song during her Funhouse Tour.
“Weird Al” Yankovic included a portion of this songs lyrics in “Polka Your Eyes Out”.
Australian musician and songwriter Megan Washington covered this song during the bands 2010 Australian tour to promote their album, I Believe You Liar.
Artist Alana D is listed in the credits of the film Miss March as having recorded a cover of the song for the film. However, the track does not appear on the official soundtrack and is not available for purchase.

Be the first to review “DIVINYLS: I Touch myself CD single. Incl. I Touch Myself (Alternative Version). Check video + review video” Cancel reply