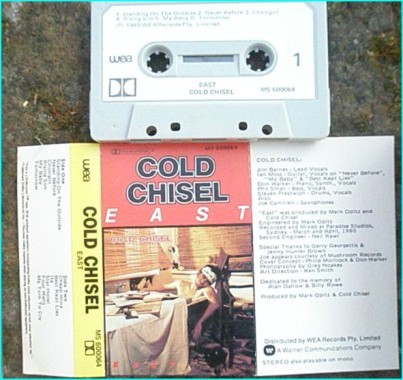 Cold Chisel were a rock band from Adelaide, Australia. They are regarded as the canonical example of Australian pub rock, with a string of hits throughout the 1970s and 1980s, and they are acknowledged as one of the most popular and successful Australian groups of the period, although this success and acclaim was almost completely restricted to Australia and New Zealand. 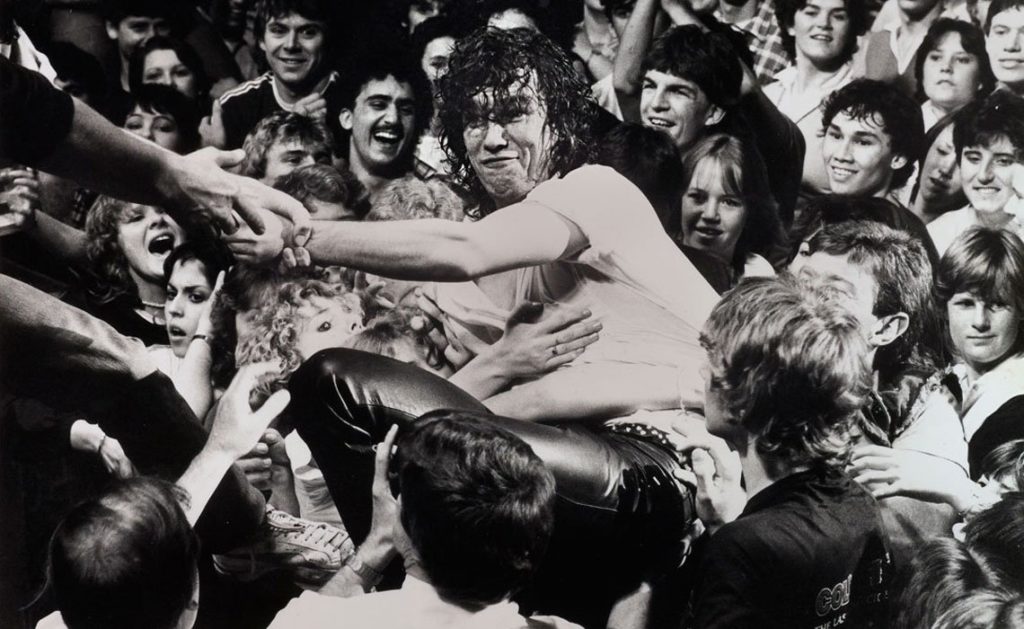 East was the third studio album by Australian pub rock band Cold Chisel, released in June 1980. The album peaked at No. 2 on the national chart and was the biggest-selling Australian album release of the year. The cover art was inspired by the 1798 painting The Death of Marat.

The album was preceded by the release of the single “”Choir Girl”” that was actually recorded in October 1979 and released in November, the band first recording with Mark Opitz who would then work on all subsequent Cold Chisel albums. The songs “”Cheap Wine”” and “”My Baby”” were also released as singles. East was the first Cold Chisel album to feature tracks written by all members of the band.

5.0 out of 5 stars A great album Cold Chisel is one of Australia rock classics and “”East”” is their best recording.
——————————————————————————————
5.0 out of 5 stars Finest in the land,
Cold Chisel began as Australia biggest ‘pub band’ and swiftly became our most impressive stadium rock outfit. The years since they admirably called it quits in 1983 have only solidified their likely status as Australia finest band ever. As with all great acts, the reason for this, despite appearances, does not rest with one individual. Most visible is the iconic, charismatic frontman, JIMMY BARNES who also carved out a lucrative, but artistically less impressive solo career. In the days of Chisel, he could belt out R&B flavoured rock vocals with a shrewd and powerful authenticity. He was the perfect ambassador for the songwriting of DON WALKER who assumed the lion share of composing for the group. As the band true enigma, he has redefined pop songcraft into a kind of amalgam of Tom Waits and The Rolling Stones – blues infused tales of losers, sharks, hookers, tv-evangelists, ex-crims or just regular punters cruising the streets on a Saturday night. WALKER could also bash out hit after hit if he wanted to, attested to on just this album with “”Cheap Wine””, “”Ita””, “”Standing on the Outside””, “”Choir Girl””, “”Star Hotel”” and so on. Chisel also boasted a second vocalist and guitar virtuoso who could’ve easily fronted any other group in IAN MOSS, the boy from Alice Springs who could work his way around his guitar better than anyone else in the country. His vocals are on display here with “”Never Before””, “”Best Kept Lies”” and “”My Baby””, yet another hit, this time penned by the inventive and reclusive bass player PHIL SMALL. Apparently, the success of this song lead to Small becoming so self conscious, he never submitted a finished song to the group again. Finally, the band also boasts one of Australia most accomplished drummers and also, yet again, another great songwriter in STEVEN PRESTWICH. Steve wrote “”Best Kept Lies”” for this album but really hit his straps on the next LP “”Circus Animals”” where he penned two magnificent tunes in “”When the War is Over”” and “”Forever Now””.
This album, for sheer pop fluidity, is probably Chisel best and it would rank as one of Australia ten best ever albums.
If you are new to the band and interested, this is not a bad place to start although you will also certainly enjoy “”Chisel”” – the greatest hits collection. “”East”” is a masterpiece.
Chisel are so well known they’re like oxygen in Australia. If you are from the US and have never been exposed to their infectious and intelligent blend of rock, blues, reggae and classic Australian lyricism, you’re in for a serious treat.
——————————————————————————————
5.0 out of 5 stars Australian classic,
The release of East, their third album, is when Cold Chisel moved from being Australia best pub band and became a legend. The largely autobiographical or topical nature of many of the songs, especially Standing on the Outside, Star Hotel, Rising Sun, the tongue-in-cheek Ita, and the sheer depth and variety of material on this album placed Chisel in the top rank in Australia.

That they never received recognition overseas, especially in the USA, was an indictment of the recording industry – a situation which lent itself to the writing of ‘You’ve got nothing I Want’ for the Circus Animals album. Still, they were all ours, and they were magnificent.

I played some of East while writing this review and was again reminded why I loved this band then, and why they still excite me now.

I can still remember rushing out to by East on the day of release. Cold Chisel engendered such devotion. On East you can hear why.

Cold Chisel’s East is a landmark Australian rock album. While quintessentially antipodean in subject-matter and tone it was also unapologetically political, intelligent and overtly working-class in attitude. This is a band railing directly against the conservatism and ordinariness that still marked the country going into the 80s. Eschewing prevailing new wave or punk tendencies, (or the escapist glam and regressive rock ‘n roll of seventies Australian music) the album cemented their ability to create palpably exciting and raw melodic rock that also sought – and achieved – commercial appeal. Huge sales made them absolute stars in Australia and they leapt from pubs to larger nationwide venues. Their musical range and ability, Barnes’s banshee howling of smart yet tough lyrics and tons of licks and melody cemented them as a completely authentic band whose star shone briefly during it’s first era. East – like all their records – sold little outside of Australia, partly through poor promotion, but also just as likely the localised subject matter and vibe (though it managed to generate some interest in Germany and Northern Europe). The LP is Chisel at it’s peak.

It’s always hard to judge whether a new listener, perhaps in a different country and nearly 40 years after it was made, can relate to an album like this, being so out of context.

For me, I was a teenager in Australia at the time, so it’s been a fixture in my music collection ever since. I love the songs on ‘East’ and they mean an enormous amount to me.

Intelligent songs, sometimes political, other times more poetic, were always what elevated Chisel above nearly all other Aussie rock acts.

Stylistically some of the songs are the type of hard-rock which that era in Australia produced (not metal or thrash but hard rock eg Zeppelin). Others have almost a Police-ish type reggae feel to them (it was 1980).

Why Cold Chisel remain adored in Australia, but virtually unknown elsewhere has always been a mystery. The themes in these songs are universal. They are singing in English. What do people in the UK and US not get about Chisel. If Chisel had been English (several of the members were UK born) then they might be comparable to perhaps The Jam or The Clash. Not in how they sounded or looked; the comparison is more about the kind of ‘function’ they performed in Australia – being an intelligent voice which mirrored working class lives, and spoke to a generation in a place and time. And backed it up with great singles and albums. 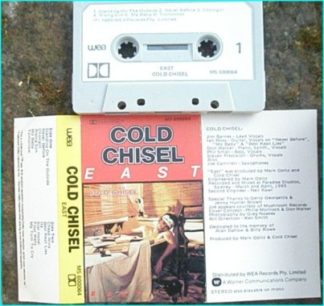