Sometimes a debut album can become a smashing success that simply can’t be replicated. Selling in excess of 400,000 copies and winning the 1988 Australian Recording Industry Association (ARIA) Awards for best debut single (That’s When I Think of You) and album, 1927 effectively became a household name in Australia overnight. While international success eluded them, that shouldn’t reflect on the wonderful musical experience that is …ish. Ian McFarlane put it perfectly when he wrote “…ish is brimful of stirring, stately pop rock anthems”. Yes, it is that good! 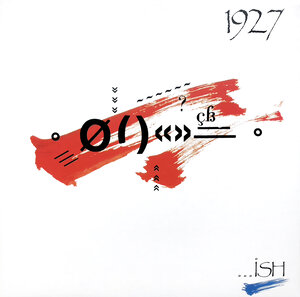 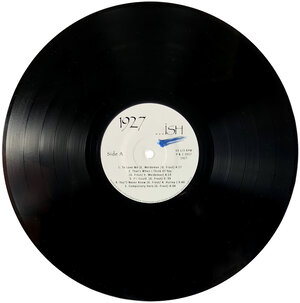 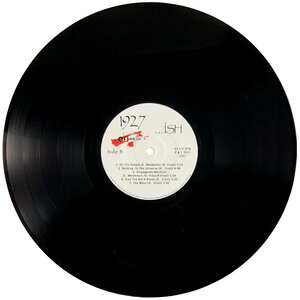 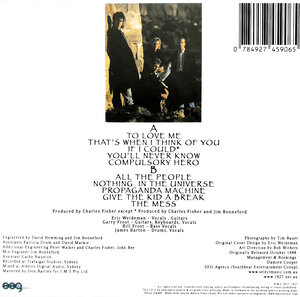 To Love Me is a great opener that is truly representative of the Australian music scene during the 80s. It is recorded, mixed, and mastered beautifully, as is the entire album.

That’s When I Think Of You has a beat, vocal presentation, and guitar solo that are off the charts. There is no pretentious playing here, it is simply beautiful! This is what good music sounds like, you literally won’t be able to stop your body moving to the rhythm. So good!

If I Could is rock ballad heaven. Listen to the song once and you’ll be singing it for the rest of the day. If I Could is simply stunning!

You’ll Never Know picks up the tempo, but doesn’t feel out of place in the tracking of the album. By this stage, if you haven’t already turned the volume up, I suggest you do so. Get that air guitar out and warm up those vocal cords, you’re going to need them.

Compulsory Hero is one of the greatest songs ever recorded, by anyone, anywhere in the world. It is an unofficial Australian anthem and not only does it bring me to tears, but it makes me proud to be an Australian. It’s a sonic masterpiece!

All The People is a great pop/rock tune, but it was always going to be difficult for any song to follow Compulsory Hero. Thankfully, in the minute or so it takes to flip the record, the senses have a chance to reset. Regardless, All The People is a worthy addition to the album.

Nothing In The Universe is a lovely song. While not on par with some of the earlier songs, it is certainly no B-side.

Propaganda Machine has an interesting punk/pop feel to it. I love it!

Give The Kid A Break has a sensational beat and series of guitar riffs. I hope you didn’t turn that volume knob down as this song deserves to be heard at ear-bleeding levels. While a B-side, no one ever said a B-side couldn’t be thoroughly enjoyable.

The Mess, unfortunately, doesn’t follow the quality B-side that is Give The Kid A Break. The mess is, for lack of a better term, a mess and sounds like pure filler. That, however, doesn’t deter me from flipping back to Side A and enjoying this sensational album once more.

…ish is not only one of the greatest albums ever recorded by an Australian band, but it is also sonically and musically on par with all the greatest bands of the era. In fact, the production quality is world-class and it truly shows on the 2018 vinyl re-issue. Pressed at the world-renowned Pallas plant in Germany, I’ve never heard this album sound so good…ever! The record is pressed on audiophile quality eco-grade vinyl and is so silent you’ll hear the blood rushing through your veins before you hear any unwanted surface noise. The soundstage is immersive, with incredible depth that proves just how good vinyl can sound if diligence is taken in the mastering and pressing process.

I could honestly keep talking about how exceptional this album is, but I suggest you just track down this Yperano copy and experience it for yourself.

…ish is the debut album by Australian pop rock band 1927, released on 4 December 1988, which peaked at number one for four weeks in early 1989 on the ARIA Albums Chart. The album remained in the top 50 for 45 weeks and reached No. 2 on the 1989 ARIA Year End Albums Chart and was awarded 5× platinum certification – for shipment of more than 350,000 copies. At the ARIA Music Awards of 1989, 1927 won ‘Breakthrough Artist – Single’ for “That’s When I Think of You” and ‘Breakthrough Artist – Album’ for …ish. At the 1990 ceremony the group won ‘Best Video’ for “Compulsory Hero“, which was directed by Geoff Barter. In 1999 rock music historian, Ian McFarlane, described the album as “brimful of stirring, stately pop rock anthems”. As of 2002, it was in the top 10 of the most successful debut albums by Australian artists.

1927 formed in Melbourne in 1987 as a pop, rock band with James Barton on drums, Bill Frost on bass guitar, his brother Garry Frost (ex-Moving Pictures) on guitar and keyboards, and Eric Weideman on lead vocals and guitar. With Fisher producing the group recorded their debut single, “That’s When I Think of You”, which entered the ARIA Singles Chart in September 1988 and peaked at No. 6. In 2011 former Hi-5 member, Nathan Foley, covered “That’s When I Think of You” on his live album, Acoustic Rhythms.

In November 1988 the band released their second single, “If I Could“, which peaked at No. 4. In early December their debut album, …ish, largely produced by Fisher (except “If I Could”), followed. It peaked at No. 1 on the ARIA Albums Chart for four weeks and stayed in the Top 50 for 45 weeks. It was awarded 5× platinum certification – for shipment of more than 350,000 copies. As of 2002, it was in the top 10 of the most successful debut albums by Australian artists.

Two more top 20 singles from the album followed, “You’ll Never Know” (February 1989) and “Compulsory Hero” (April). A fifth single, “To Love Me”, was issued in June but did not reach the top 50. In 1989 “That’s When I Think of You” was released internationally, it peaked in the Top 50 on the United Kingdom Singles Chart, and just reached the United States Billboard Hot 100

At the ARIA Music Awards of 1989, 1927 won ‘Breakthrough Artist – Single’ for “That’s When I Think of You” and ‘Breakthrough Artist – Album’ for …ish. On the 1989 ARIA End of Year Top 50 Albums Chart it reached No. 2. At the 1990 ceremony the group won ‘Best Video’ for “Compulsory Hero”. The band added Charlie Cole on keyboards (ex-Moving Pictures) and toured Australia in support of the album and associated singles. By late 1989, they started work for their second album, The Other Side.

This album sold very well at the time and made it to number two on the Australian charts. Highlights include the opening pop hook of “To Love Me”, the classic track “That’s When I Think Of You”, the memorable ballad “If I Could”, and the synth laden rock of “You’ll Never Know”. This anniversary edition contains remastered sound and 2 bonus live tracks along with expanded liner notes and some historical band photos.

These songs are still played regularly on Australian radio which shows the power and quality behind these classic tracks. Ish is recommended to fans of well produced and high quality Australian melodic rock.