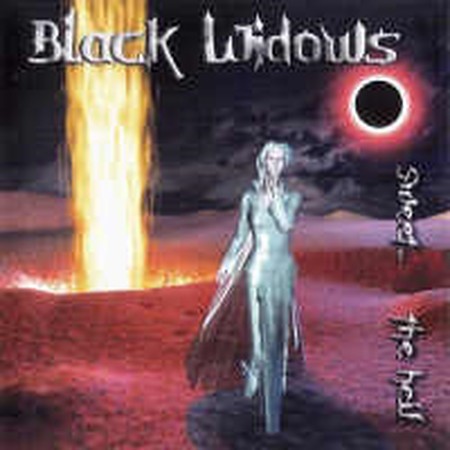 Portuguese Metal Part II   The sweetness – 80%
Here we are for Part II on our journey, still in Almada and still with Black Widows. I couldn’t leave to another shore without reviewing their full-length, the crowning achievement on their short lived career so far, as they’ve showed some recent activity. They have a new line-up at the moment, and rumour has it that they’re planning on recording a sophomore album, so I’ll just wait to see if the rumours are true or not. For the time being, the year is 2002 and the album is “Sweet…The Hell”.

One year after the release of their EP, they came back with their long awaited album, showing this time that the flaws that were present before have been corrected, mostly. This album is a bit heavier and darker than the previous work, but still retaining that typical gothic romanticism feel normally present on their work. It’s usually present in both their music and lyrics, with a clear prevalence on the later. Just look at some of the song titles like “Unleash The Tears Of A Rose” and “She Decided To Die” for some good examples.

If you read my review of their earlier EP, then you have an idea of what you’re in for. This time around songs are better written, and there’s a clear increase in quality in both vocal and production department. Let me start out with the production. This time you can actually hear the drums, the cymbals have a cool sound and the album isn’t as guitar driven as before. Well not actually true, because the guitar sound is slightly higher when there’s a solo. But the fact is the general mix is much better and the bass is again very present. The production is way beefier than on the EP, all instruments can be heard, and even the keyboards manage to find their place here. Now concerning Rute’s voice I can say that she sounds much better as well. She made a good improvement in her breathing technique, and she can now hold higher pitches longer. Also her growls are more demented than ever.

As I said on my other review, this album is much more up-tempo and darker sounding than the previous EP. And that’s noticeable from the moment the intro kicks in. Demented laughs accompanied by percussion and a quasi-industrial keyboard passage on the background, make way for the first real song called “Womb”, which really grabs you by the balls with its vicious riffage and Rute alternating between clean singing and growls. Next in line is the re-recording of “In Dearing” from the EP, which I’ll say again, sounds much better here. One of the best songs they’ve ever wrote, filled with melodic riffs and leads that will make you crave for more. This tendency for using melodic, almost doomy at times, riffs continues to manifest itself for the next two songs, which also feature Gunther Theys of Ancient Rites fame doing some guest vocals. “Life’s Wish” is a solid track, but it’s on “Awaken” that the album reaches its peak.

This is their opus, over 6 minutes of intense riffing, keyboard passages and dual vocals, with one of the best and more sorrow-filled solos I’ve heard. If you ever want to hear what Black Widows are all about just hear this song. It has it all, and frankly I’d say it single-handedly raises the bar on the rest of the album. Near the 3 minute mark it has an almost thrashy part, just so it gets back to the previous riff until the 4 minute mark where the bass makes a solo appearance. The song then reaches its climax, gets back to the drumming pattern at the beginning of the song, and bursts out into the solo, slowly subsiding until the end. Portuguese bands have always had a bit of a sorrowful feeling attached to their music, and this track certainly proves that.

The title track is one of the more up-beat and aggressive songs on the album along with “In Death”, “She Decided To Die” (with a vicious chorus) and closer “The Overcome” which is their heaviest song. This later one is a re-recorded version from their first demo, 6 years earlier. These tracks show the more aggressive side of Black Widows, and of Rute’s demented vocals, almost resembling a melodeath album at times. Rute’s mournful clean singing gives you an instant reality check though.

The rest of the tracks although solid are nothing over the top, and if you want to know the softer and more romantic/melancholic side of Black Widows, just check “Unleash The Tears Of A Rose”. The final track is a radio edit of “Awaken”, and it just butchers that amazing song. Skip it, as it’s of no real use.

This is a good, solid album, with something for almost everyone. It’s the typical Gothic Metal record, with some melodeath influences and darker doomy moments. It’s really varied and comprises clean singing, growls and male vocals on two tracks. Although not very famous, and hardly recognized, these four women have surely crafted a pretty decent and worthwhile album, one that will make you think of your life and past actions as much as bang your head.

So if you feel like discovering some more from this little country near the Atlantic Ocean, just stay tuned for more Portuguese Metal in the near future. 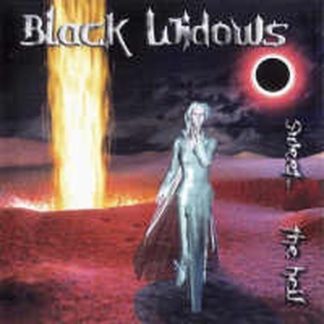