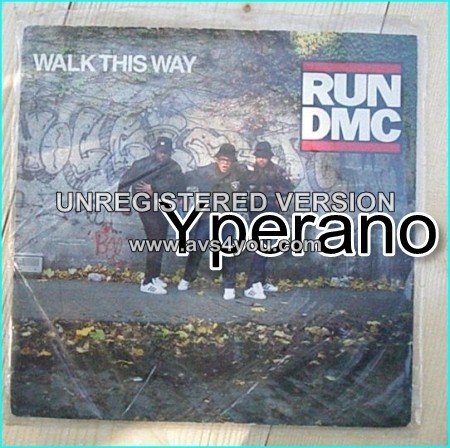 Run DMC rapped the verses and rather than trying to scratch like Steven Tyler, they actually got Steven Tyler to scratch his way through the chorus. Yes it was a little strange and I certainly am not a fan of rap music but it worked really well. Recommended.

In 1986, the hip hop group Run-D.M.C. performed a cover of “Walk This Way” with Steven Tyler and Joe Perry guesting on vocals and guitars. While working on Raising Hell, Rick Rubin pulled out Toys in the Attic (an album they freestyled over) and explained who Aerosmith were. While Joseph Simmons and Darryl McDaniels had no idea who Aerosmith were at that time, Rubin suggested remaking the song. Neither Simmons nor McDaniels liked the idea, though Jam-Master Jay was open to it. Later, however, Run-D.M.C. covered the song with Aerosmith. D.M.C. called it “a beautiful song” in a trailer for Guitar Hero. The 1986 version of the song is often credited as helping break rap into mainstream pop music as it was the first rap song to hit the Top 5 in The Billboard Hot 100, and the remake demonstrated how elements of rap music can be part of rock and pop songs, harking back to the DJing of Afrika Bambaataa, who would mix in tracks by the likes of The Beatles, the Rolling Stones and Grand Funk Railroad among the more usual funk breaks. It also briefly samples the opening drum intro of the original in a middle section of the song. This version of “Walk This Way” charted higher on the Hot 100 than the original version, peaking at number 4. It was also one of the first big rap singles in the UK, reaching a peak of number 8 there. The landmark collaboration catapulted Run-D.M.C. into mainstream stardom and would influence rap music for years to come. The song paved the way for other pop acts to introduce elements of hip hop into their music. It pioneered the trend of rap/sung collaborations that is so present on American Radio in the late 1990s and 2000s. The collaboration also introduced a fusion of rock and hip hop, later known as rap rock, to a wide audience for the first time. The song also marked a major comeback for Aerosmith, as they had been largely out of mainstream pop culture for several years while recovering from drug and alcohol addiction, and their 1985 comeback album Done with Mirrors, flopped. Aerosmith followed up “Walk This Way” with a string of multi-platinum albums and Top 40 hits, starting with the album Permanent Vacation and single “Dude (Looks Like a Lady)” in 1987. In 2008, “Walk This Way” was ranked number 4 on “VH1s 100 Greatest Songs of Hip Hop”. This version of the song is currently ranked as the 88th greatest song of all time, as well as the best song of 1986, by Acclaimed Music. According to VH1s Pop Up Video, Run D.M.C. couldn’t afford to use the entire Aerosmith band, just Tyler and Perry.

Music video
The 1986 music video for “Walk This Way” symbolically placed a rock band (assumed to be Aerosmith) and Run-D.M.C. in a musical duel in neighboring studios before Tyler literally breaks through the wall that separates them. The video then segues to the bands’ joint performance on stage. The highly popular video was the first rap hybrid video ever played in heavy rotation on MTV and is regarded as a classic of the medium.
Aside from Steve Tyler and Perry, none of the other rock musicians in the video are the Aerosmith members; instead, they were played by Roger Lane, J. D. Malo and Matt Stelutto – respectively rhythm guitarist, bassist and drummer for Smashed Gladys. As only Steven Tyler and Joe Perry had travelled to record the cover with Run-D.M.C., they were the only real Aerosmith members to appear in the video

One of the most memorable rock videos of the 1980s, and inarguably the most important video of Aerosmith’s storied career, Small’s promo for the band’s rap-rock collaboration with New York hip-hop trio Run-DMC – an idea conceived by Rick Rubin – saw the walls between the two genres literally crumble. Aerosmith’s much-touted comeback on Geffen had stalled embarrassingly with the mediocre Done With Mirrors album, but this clip brought the Boston hard rockers a whole new audience and incalculable street cool. “It put [Run-DMC] on the map and it resurrected us,” admitted Joey Kramer. “It just shows you the power of one song”

Aerosmith’s Producer Jack Douglas: Inside the Song “Walk This Way” 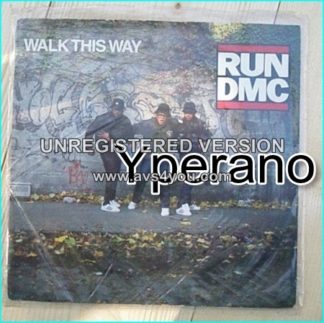