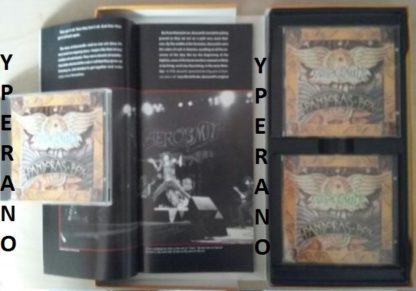 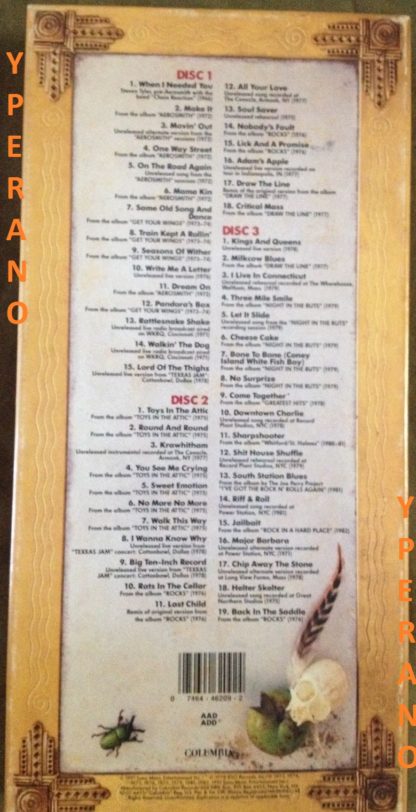 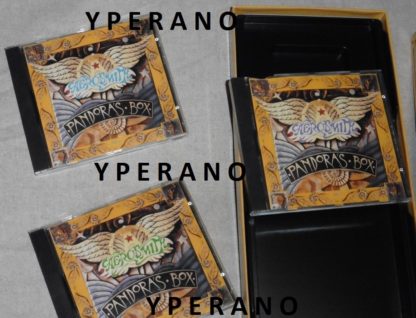 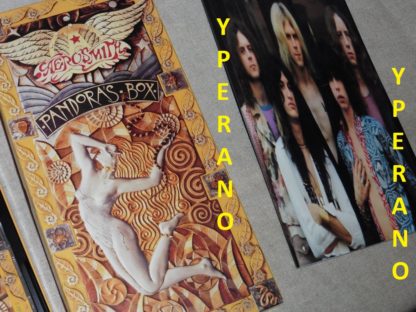 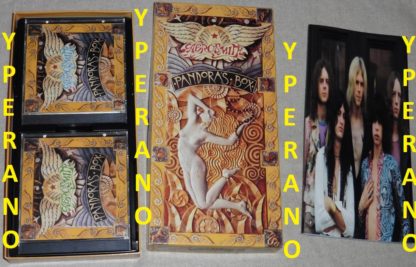 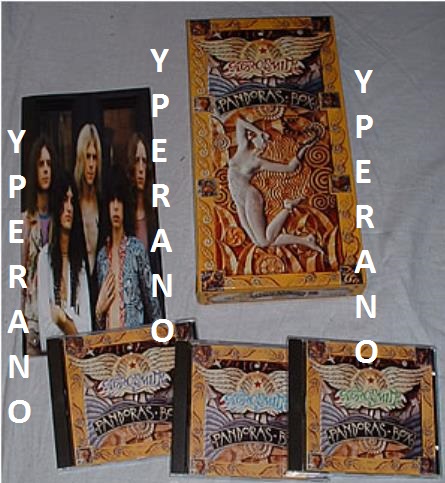 This three-CD compilation is a marathon tour of their first glorious, casualty-ridden decade and a body of work that proudly wears its influences on its sleeve: Chicago and Delta blues, early R&B, the Yardbirds, Led Zeppelin, and, of course, the Stones. Virtually all the early hits and concert crowd pleasers are here, along with nearly two dozen rare, unreleased, and live cuts, thoroughly documented with refreshing doses of self-deprecation as it bravely traces the bands arc from Boston bar-band supreme to stadium superstars to seeming dissipation. If theres a gaping hole in the “A” section of your hard-rock library, this is a fine introduction to the Aerosmith that influenced a generation of musicians, stretching from Van Halen to R.E.M. to Guns N’ Roses. 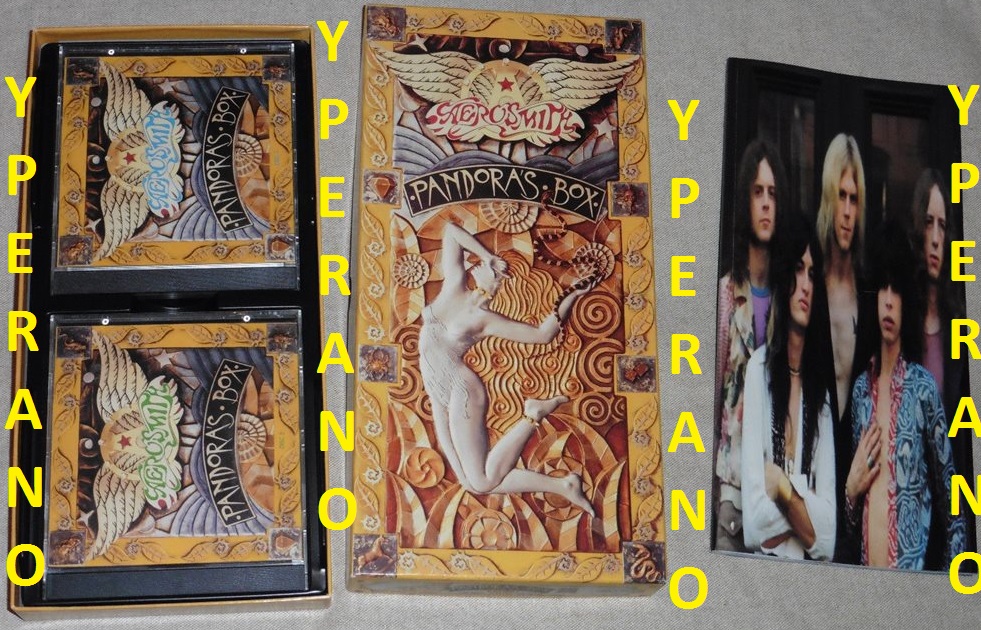 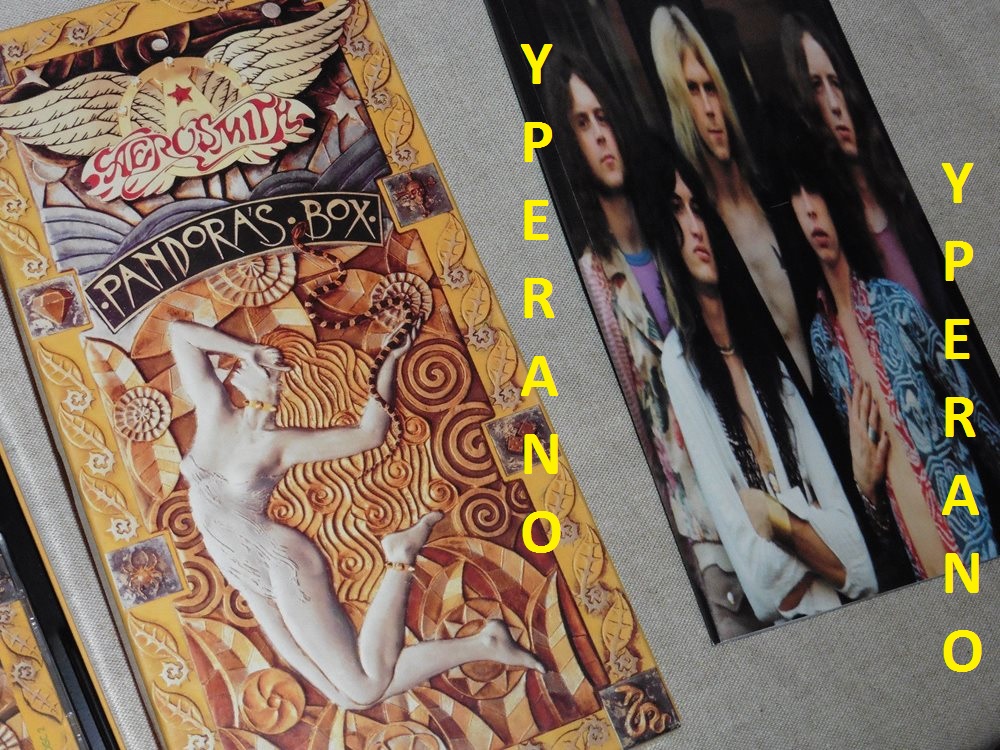 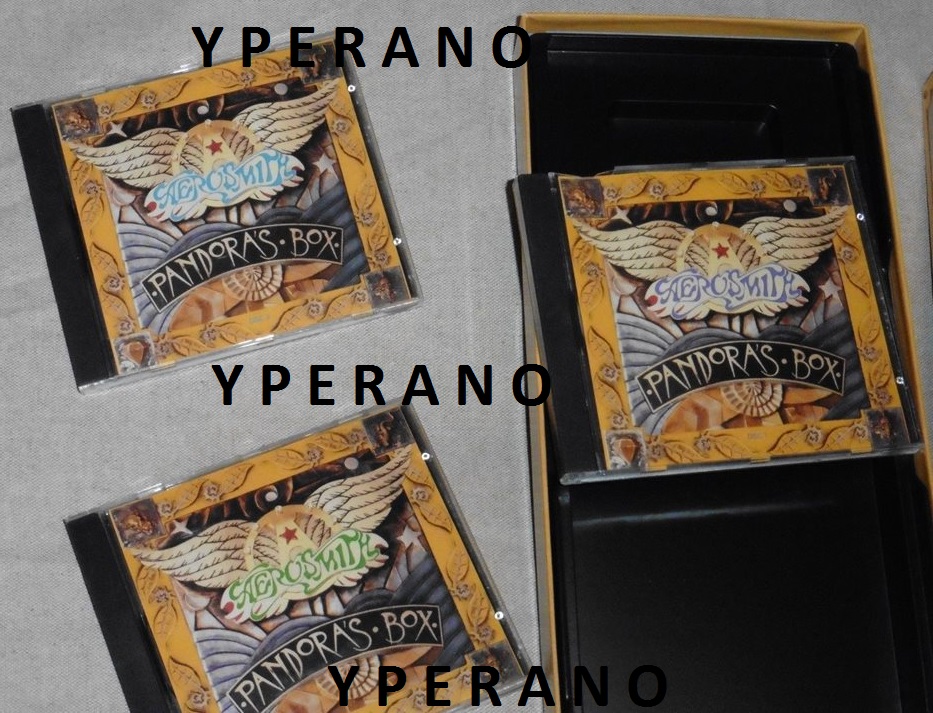 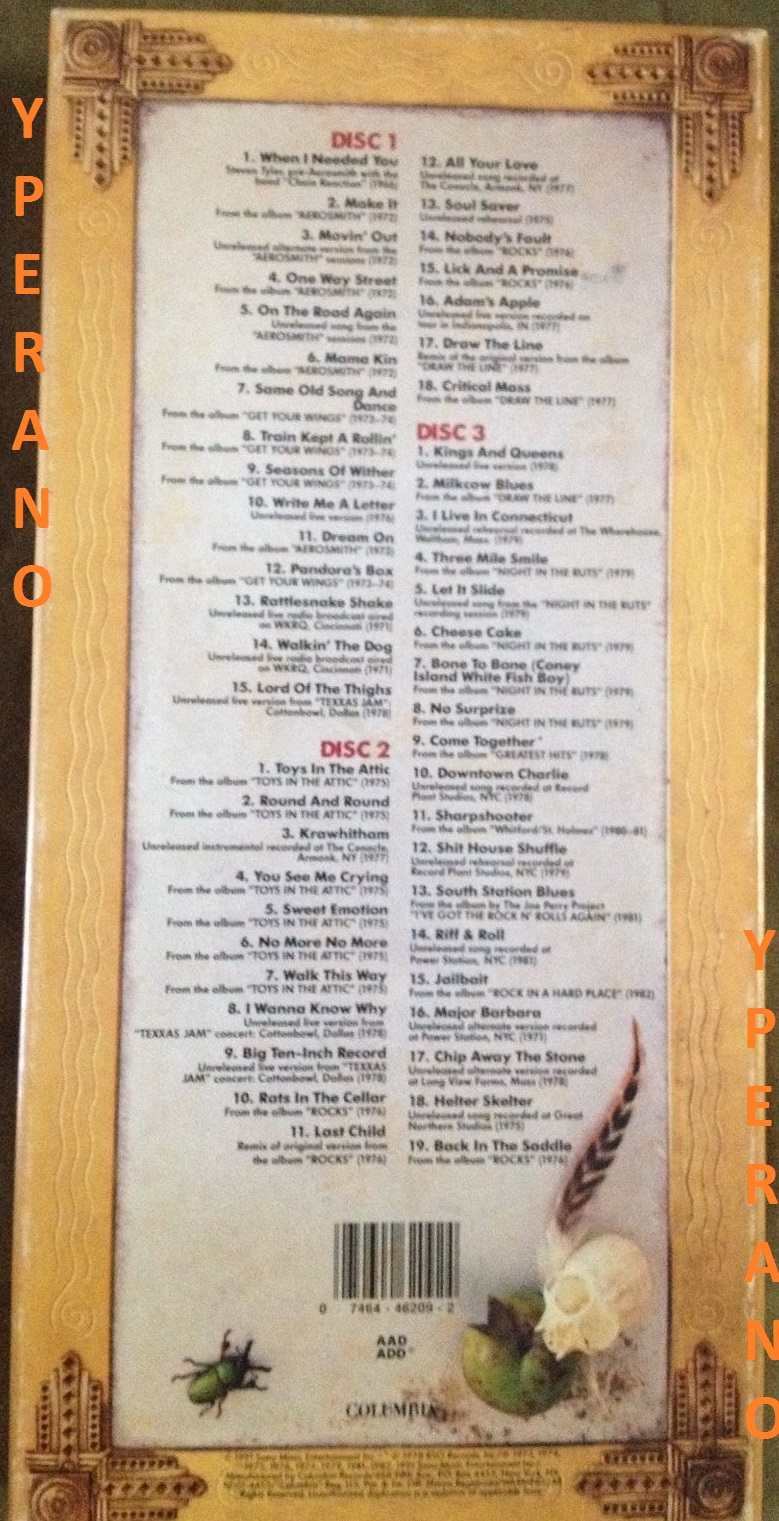 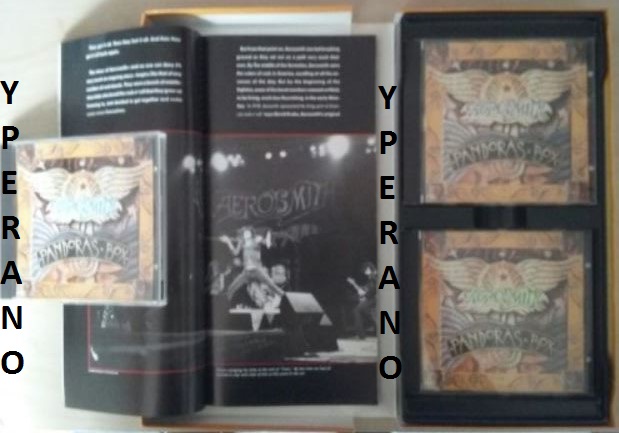 Classic collection of rock’n’roll worth every penny!

Unreleased live tracks, rarities, well-known favorites and not-so-well-known album tracks…this is how a box set SHOULD be done!

5.0 out of 5 stars Aerosmith Rocks
This 3 cd set is one of my most often played rock box sets which I own. It is comprised mostly of material from their classic Columbia years 1972-82. It includes unissued and live material, alternate takes and material from various side and solo projects. Hailing from Boston, Aerosmith was the best hard rock band from the United States during the seventies. They took their influences from the Rolling Stones, the Yardbirds, Led Zeppelin, the blues, and funk and created a great sassy sound. Steven Tylers high energy vocals compliment the bluesy riffing of guitarists Joe Perry and Brad Whitford perfectly. Their influence can be heard in such bands as the “Black Crowes”, and “Guns & Roses”. The set includes such hits as “Dream On”, “Sweet Emotion”, “Walk This Way”, “Back In The Saddle”, and others. Rarities include great cover versions of Fleetwood Macs “Rattlesnake Shake”, Otis Rushs “All Your Love”, and The Beatles “Helter Skelter”. Live cuts from the classic 1976-78 era are also included. Some may be outtakes from the “Live Bootleg” recordings, but the performances sound more inspired than their work on that album. The set also includes a lot of my personal favorites like “Movin’ Out”, “Mama Kin”, “Write Me A Letter”, “Rats In The Cellar”, “Milkcow Blues”, “Cheese Cake”, and “Chip Away The Stone”. However there are still some cuts which should have been included such as “S.O.S. (Too Bad), “Sick As A Dog”, “Lightning Strikes”, “Get The Lead Out”, “Lick And A Promise”, “Get It Up”, “Woman Of The World” and Joe Perrys solo version of “Let The Music Do The Talking”. That being said, this is a great bargain for those who can not afford all their individual albums. It does a better job of summarizing the band from this period than “Greatest Hits”, “Gems”, “Live Bootleg”, and “Classics Live Vols 1 & 2”.

5.0 out of 5 stars This is one of the best box sets I own!
This is a great box set. Its the “hodge-podge” format which as you already know it includes live cuts, demos, originals, previously unreleased, etc. ANYONE could enjoy these 3 Aerosmith albums but mostly this is an album for die-hard Aerosmith fans or someone thats already into the band atleast on some level.

Are the newer releases remastered? NO! But the 1991 set sounded great to begin with. Like Led Zeppelins box set in 1990 it was done right to begin with.

That being a given, this set is quite excellent. It focuses on the first 7 albums from 1973 to 1982. Most of the greatest hits sets out there (2 disc sets) focus on the 1985 – 2001 era such as “Gold” does. O Yeah! The Ultimate Aerosmith set has about 1/3 pre-1985 stuff on it. They dedicate about 1/3 to each decade. If the early stuff is your favorite, then this set is the true gold. There are a couple of single discs (Greatest Hits and Gems) which focus on the 70s, but as some of us know there are edited versions of some songs on Greatest Hits.

If you want to get into the early 70s stuff I suggest getting each album, especially now that those are remastered. And they really are. 20 bit. But if you don’t want to buy all six or seven of those, this set is the next best thing and you can get it very inexpensively used/new here on Amazon.com Even if you have all of the 70s albums there are 20 previously unreleased tracks on Pandoras Box. So, there is plenty there for the collector or the new fan of 70s material.

5.0 out of 5 stars Excellent retrospective
“Pandoras Box” collects more than fifty singles, album tracks, demos, outtakes, live cuts and rarities, including all the best and best-known songs from Aerosmiths 1970 debut until 1982s “Rock And A Hard Place”.
Also included is solo material from Joe Perry and Brad Whitford, as well as an early track from Steven Tyler when he fronted a band called Chain Reaction in the ’60s (“When I Needed You”), and while this is not a career-spanning box set, it is a really wonderful overview of Aerosmiths best period.

The hits should attract the casual admirer: “Dream On” is here, along with “Walk This Way”, “Mama Kin”, “Draw The Line”, “Sweet Emotion” and many more. And the more obscure selections will surely please the longtime fan: “Rattlesnake Shake”, “On The Road Again”, the great, raunchy blues “Big Ten-Inch Record”, a demo of “Movin’ Out”, live versions of “Adams Apple”, “Write Me A Letter” and “I Wanna Know Why” are all great, as is the previously unreleased “Let It Slide”, an instrumental which was to become the basis for the song “Cheese Cake”, and which shows Joe Perrys too-rarely heard prowess on the slide guitar.

And my favorite Aerosmith rocker is here too, penned by sideman Richie Supa (keyboards, occational guitar): “Chip Away At The Stone”, complete with one of Joe Perrys best guitar riffs.
The bands cover of John Lennons “Come Together” is included as well, of course, as is a great, slow rendition of the Otis Rush-classic “All Your Love (I Need Lovin’)”, and several underrated album tracks like “Seasons Of Wither”, “No Surprize”, “Three Mile Smile” and “Cheese Cake”.

One of the best box sets of the 90s, “Pandoras Box” really delivers the goods for both hardcore fans and more casual listeners who don’t want all the bands original albums. Get this fine collection, and the recent two-disc “Young Lust” anthology which draws from smiths 80s and 90s Geffen albums, and you’re all set!