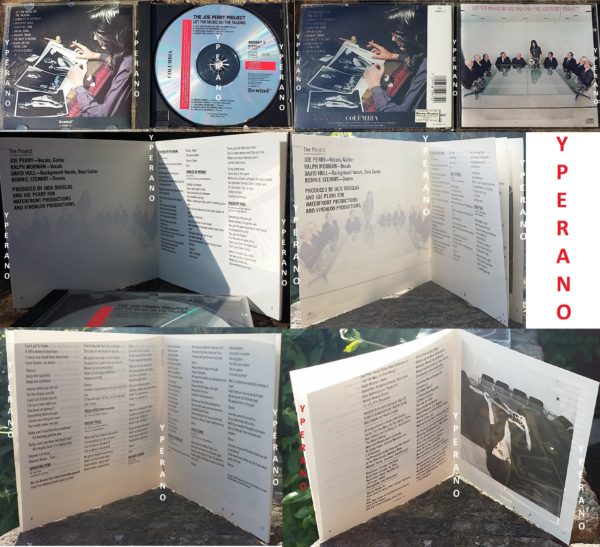 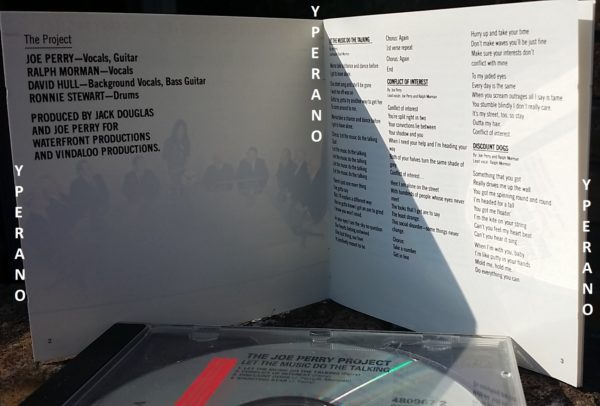 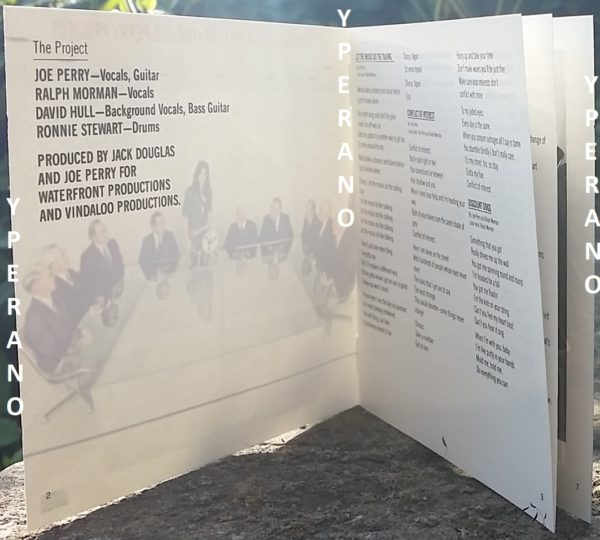 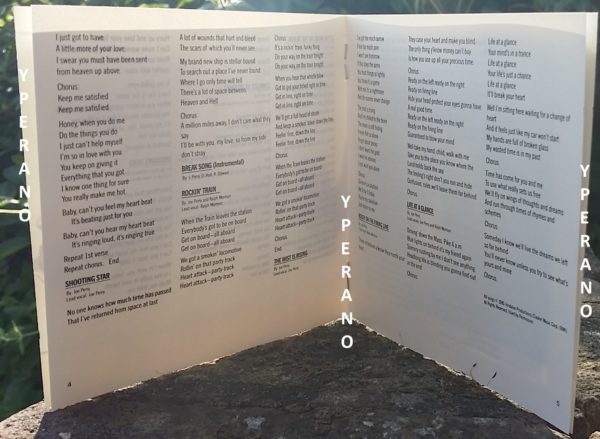 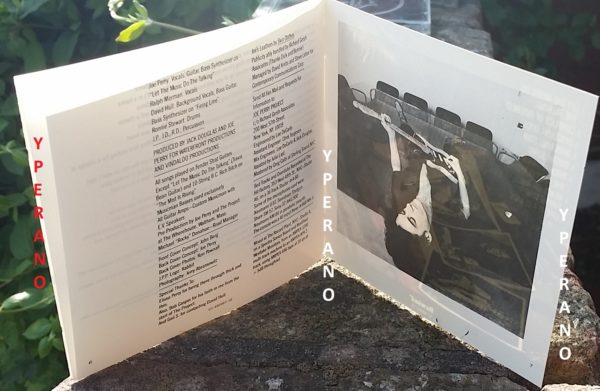 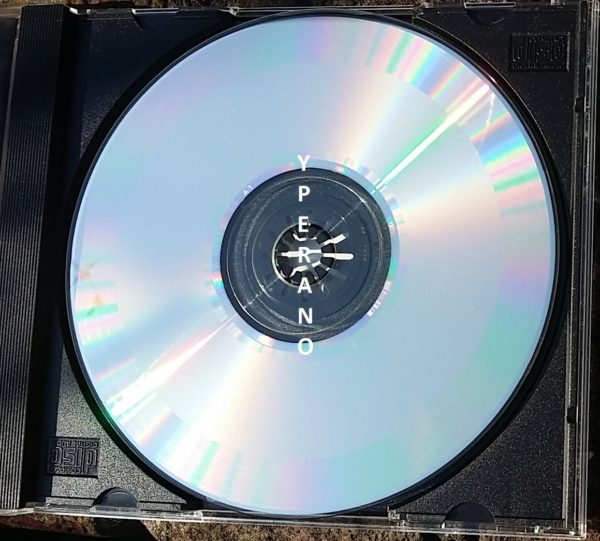 The Joe Perry Project is an American rock band formed by Aerosmith lead guitarist Joe Perry. Perry started working on forming the band shortly before his departure from Aerosmith in 1979. The Joe Perry Project signed a record deal almost immediately after Perrys exit from the band with Aerosmith’s label, Columbia Records, who were disappointed with the chaos in the Aerosmith camp and hoping to maneuver Perry back into Aerosmith.

The original band line-up consisted of Perry, singer Ralph Morman, bassist David Hull and drummer Ronnie Stewart. This line-up recorded The Projects 1980 debut album, Let the Music Do the Talking, which was produced by long-time Aerosmith producer Jack Douglas. The album was fairly well received and sold a respectable 250,000 copies in the US. 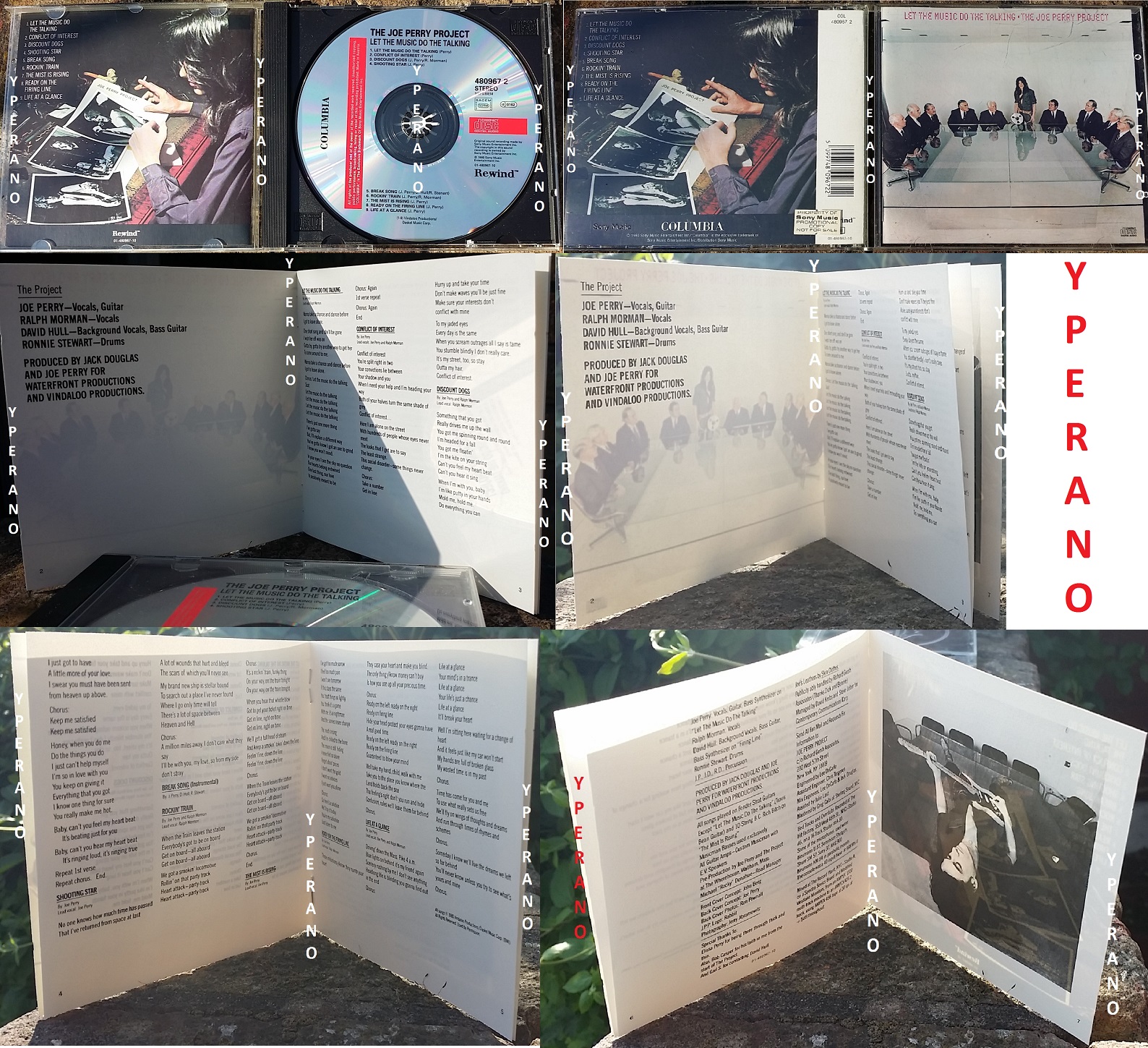 5.0 out of 5 stars Joe Perry Project is ON FIRE!,
After leaving Aerosmith in 1979, Joe Perry created his own band: The Joe Perry Project (Ralph Morman – Vocals, Joe Perry – Guitars & Vocals, David Hull – Bass & Vocals, and Ronnie Stewart – Drums). With this album and this band, Joe showed the fans a whole other side of himself that they hadn’t seen in Aerosmith. Joe came out with some of his greatest guitar licks ever heard before. He and Ralph wrote great songs and did an excellent job on vocals together.
The opening title track, “Let The Music Do The Talking” is the greatest song on the album. It starts out with a big bass riff and then a short drum roll and then, BANG! Joe kicks in with the loud guitar riffs. This song is so INTENSE and is a GENUINE ANTHEMIC MASTERPIECE!! Some lyrics are, “Wanna take a chance and dance before. I got to leave alone. On short song and she’ll be gone. I wish her off was on. Gotta try, gotta try another way to get her. To come around to me. Let The Music Do The Talking. Let The Music Do The Talking.”

The next track, “Conflict of Interest is a good loud song with excellent lyrics written and sung by Joe. It also has a great instrumental piece at the end. The next track, “Discount Dogs” is a song well done by Ralph. His vocals were perfect for the lyrics. His voice fits Joe’s style perfectly. “Shooting Star” is another great tune sung by Joe and has a great rhythm and great lyrics.

The instrumental “Break Song” is just a jam that the band did together. It has great guitar solos and drum beats. “The Mist Is Rising” written and sung by Joe is a little low-tone by is a slow rock/bluesy piece of work. The last track, “Life At A Glance” is a PURE MASTERPIECE written and sung by Joe and Ralph. Excellent guitar riffs and drum beats.

THIS ALBUM IS JOE PERRY ALL-TIME GREATEST EFFORT!! LET THE MUSIC DO THE TALKING IS ONE OF THE GREATEST ROCK AND ROLL ALBUMS OF ALL TIME!!!

5.0 out of 5 stars A Blazing Debut From Joe Perry!,
This album features a lot of great guitar work from Joe. And just some really wild, ballsy tunes like “Break Song” and “Life At A Glance”. The Hendrix-y backwards guitar licks on “The Mist Is Rising” are great, too…Contrary to what others have said, I think “I’ve got the Rock’n’Rolls Again” is just as strong as this album. However, this one is more geared towards Joes lead guitar prowess and is less about songwriting. Still, its one of the great metal albums of the ’80s.

5.0 out of 5 stars Their Best,
The Projects first, and possibly best album. Okay, I haven’t heard much of it, but its pretty good what I’ve heard. Joe’s riffs and solos are still pretty much in the Aero-vain, so you’ll probably like it. The title track was even converted into an Aerosmith song on the ill-fated “Done With Mirrors” album. Simply put, if you like Joe Perry you’ll like this.

5.0 out of 5 stars kick ass rock n roll
Ok, we all know Aerosmith will go down as one of “the” bands, and deservedly so. I grew up on their 70s albums. They were badass and dangerous. Later on, while I was thrilled that they were resurrected, their sound become more polished and commercial, something I always hear Joe talk about, but nothing really gets done about it, although in fairness, Honking on Bobo album was a bit more raw and straight foward. OK, the Project! Joe’s first two albums, this one and the second one, Rock n rolls Again are simply excellent “bar band” rock n roll. I liked Rock n Rolls Again more back in the day, because I thought it was more rocking, however, Let the Music, while I liked it, it grew on me, and now when I spin it, I love the whole album! I mention Aerosmith above because this is my recommendation to music fans, get the last two Aeorsmith albums, Draw the Line and Night in the Ruts to listen to some nasty, dangerous, and rough n tumble rock, and also listen to the first two Perry Project albums, you’ll love them! cheers. (let me also say that if you want rough and nasty rock from the boys, listen to their comeback Done With Mirrors too) Finally, if your’re just starting out on these guys, you could go straight for the cream of the crop and listen to Rocks and Toys in the Attic, then try the other albums from the 70s, then, if you still dig it all, try their later material like Permanent Vacation, Pump, etc.

5.0 out of 5 stars The Music Definitely Did The Talking,
What you see is what you get.
an ultimate classic 1980 release,that is a treat for your ears.
Ralph Morman gives more than 100% here, and Joes guitar work is like always, (great). The musicians behind this great piece are nothing less than masters.I believe Greg Kihn had a tune out in the 80s that best sums up how I personally feel about this cd.
and that is (They Don’t Write Em Like This Anymore)
***** Five big ones here. Platinum all the way.

5.0 out of 5 stars This is a great solo effort!!,
This album is different enough to not sound quite like an Aerosmith CD, but the guitar work is unmistakable. One listen to this cd will make you appreciate Joe’s guitar on Aerosmith tracks even more.
If you like Aerosmith, you will really really like this CD!!!!

5.0 out of 5 stars Good for Joe!!…,
Only two members of Aerosmith left the group and Joe was one of them. Brad Whitford had a short lived group with Derek St. Holmes, but it fell apart after one decent album. Joe Perry put together a great band called The Joe Perry Project. They made three albums before Joe rejoined smith in ’84. This is a solid record and it has a good metal sound similar to “Rocks” or “Draw the Line”. Not just for collectors of Aerosmith, this is great if you just collect decent hard rock/metal from the 70s/80s.

5.0 out of 5 stars Joe f**king Perry Rocks,
This album smokes.. Being an avid Aero junkie from day 1 I was heartbroken when the band split up ,I remember getting this album the day it was released and after hearing it I knew I could go on living. Its pure Perry energy, Definitely the best of Joe,s solo work. The title track should be an anthem for all bands…just shut up and play! and for the record I agree with another review I read on this album, The Aerosmith version of the title track does not compare to the original…sorry Steven! {But Joe still cant sing}. If you love Aerosmith you,ll love this album.I believe this is the direction Joe wanted to see Aerosmith going at the time. Glad it all worked out! This album is a fine addition to any collection even an Aero collection

5.0 out of 5 stars If you like Aerosmiths first five-this will blow you away.
1980 was the beginning of this era-and one of my all time favorite albums.These guitar riffs are truly Joe Perrys hard rock sound.