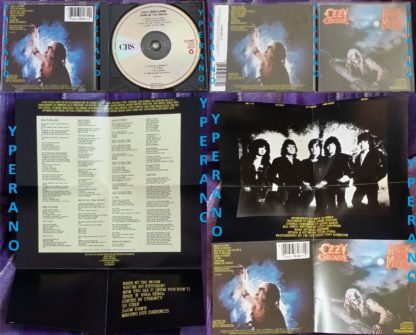 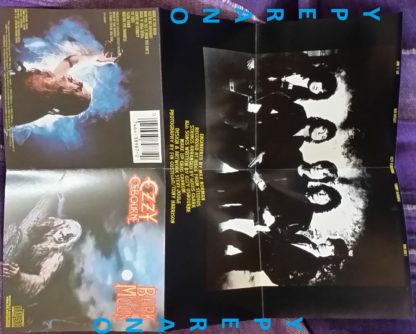 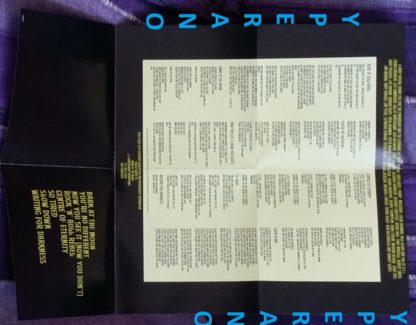 Bark at the Moon

The official video for the song "Bark at the Moon" taken from the 'Memoirs of a Madman' 4.5 hour double dvd set. Get your copy at https://www.ozzy.com/music/memoirs-madman-dvd/ now!

CBS ZK 38987
Ozzy Osbourne “Bark At The Moon” CD (1983). Original US pressing on CBS Records (ZK 38987). No remasters or expanded editions with re-recorded parts, just the original album as it was originally recorded (if it ain’t broke, why fix it?!).

Recorded at Ridge Farm Studios.
Track durations do not appear on release.
Barcode: 0746438987-2

The 1982 death of Randy Rhoads was a crushing blow for Ozzy Osbourne–not only did he lose one of the very best rock guitarists of all time, but he lost a dear friend, song collaborator, and a founding member of his solo band. But to Ozzy’s credit, he somehow summoned the strength to soldier on. For his first studio album since Randy’s death, 1983s BARK AT THE MOON, Osbourne discovered another gifted young player from California, Jake E. Lee. The album was another big hit, and eventually reached platinum certification. The albums accompanying tour, which featured openers Motley Crue, was a success as well. The album opening title track has become a fan favorite and concert staple over the years, and remains one of Ozzy’s most furious rockers. Other highlights include “Rock n’ Roll Rebel,” as well as the Gothic “Centre of Eternity,” and a surprisingly gentle, string-laden ballad, “So Tired.” And while melody is stressed on such compositions as “You’re No Different” and “Waiting for Darkness,” other selections like “Now You See It (Now You Don’t)” and “Slow Down” have more of a heavy metal sound

Bark at the Moon is the third studio album by Ozzy Osbourne, originally released on December 10, 1983. It is the first of Osbourne’s solo albums to not feature guitarist Randy Rhoads who had died a year earlier. This album features former Mickey Ratt, Rough Cutt, and Dio guitarist Jake E. Lee.
This is the only Ozzy Osbourne album where the songs are credited to Osbourne alone. However, he states in the liner notes to The Ozzman Cometh that the title track was co-written with guitarist Jake E. Lee. Osbourne’s former bassist Bob Daisley has stated that he co-wrote most of the music with Lee and wrote the vast majority of the lyrics. Due to legal issues, neither Lee nor Daisley’s names were listed in the songwriting credits. Daisley has stated, however, that he accepted a buyout from Osbourne in exchange for writing credit.
Bark at the Moon was remastered and released on CD in 1995. It was reissued again in 2002, although this version was actually a remix of the album. Many fans were displeased with the remix, noting that some elements found in the original mix are not present in the remix, namely several lead guitar parts.
The album peaked at number 19 on the Billboard album chart and within several weeks of release was certified Gold for over 500,000 sales in the United States alone. To date, it has sold over 3,000,000 copies in the U.S. alone.
In the U.K., it was the third of four Osbourne albums to attain Silver certification (60,000 units sold) by the British Phonographic Industry, achieving this in January 1984.

It was a tumultuous time for the Ozzy Osbourne band. Randy Rhoads was dead and Ozzy’s substance abuse problems were mounting. He hired Jake E. Lee on guitar (he almost hired George Lynch), and he brought back Bob Daisley on bass. Interestingly, Ozzy Osbourne gets sole credit for all the writing on this album; a complete and utter fallacy. Word is Lee and Daisley wrote pretty much the whole album, but Ozzy either stole credit or, more likely, bought the songs from them. These days its pretty well-known that Ozzy didn’t write very much at all. This a shame he doesn’t give credit to those who made him what he is today. Furthermore, in 2002 Bark At The Moon was re-issued with a different mix. Despite being a remix, there was no indication on the package of the CD to indicate as such. Unsuspecting fans were subject to a recording that deleted certain elements from the original, or downplayed certain instruments. Jake E. Lees playing (particularly his solos) were pushed down in the mix. A really cheap move by the Ozzy folks. With this review I concern myself with the original recording.
Bark At The Moon is just another example of classic Ozzy. Actually Bark At The Moon was one of the first tapes I ever owned. I just loved that werewolf cover pic! Another fave is Centre Of Eternity; a driving metal stomper with a really eerie intro. I will say this; Bark At The Moon is an undisputed masterpiece and there ain’t a single track that I skip when I listen to this album.
My score: A 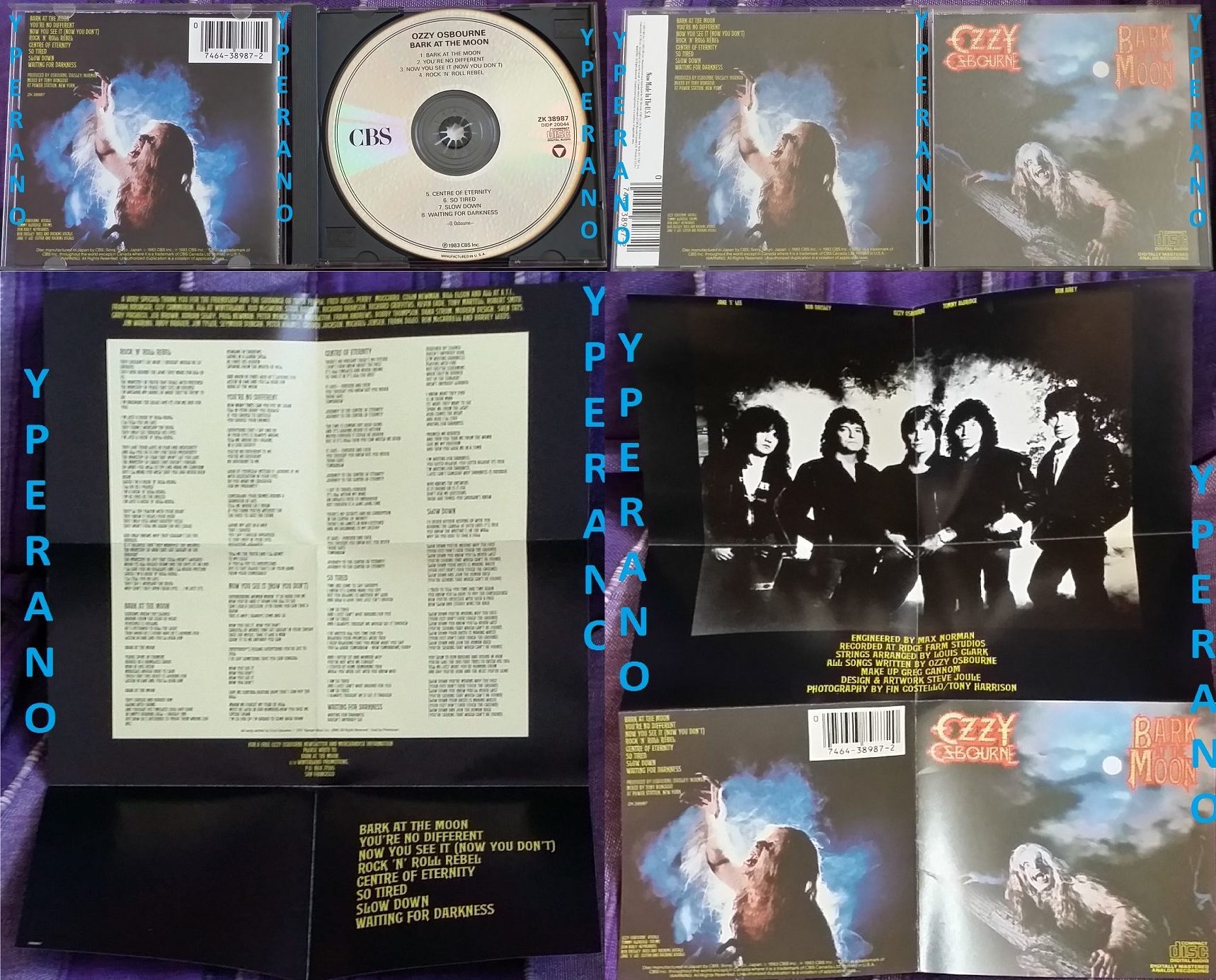 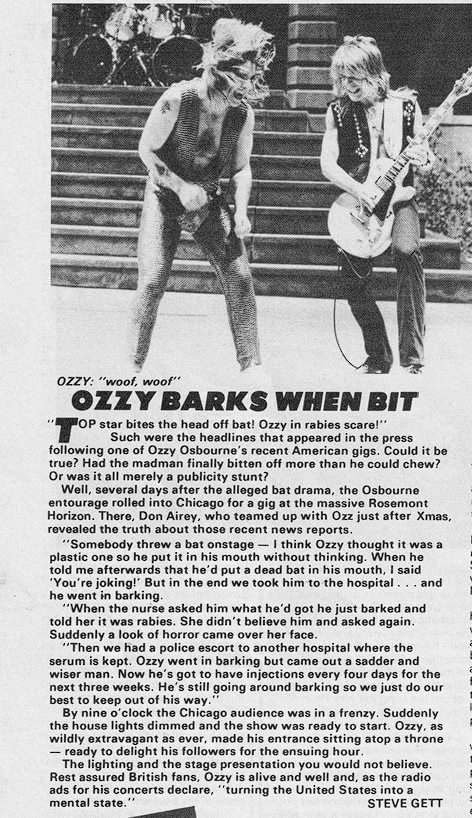 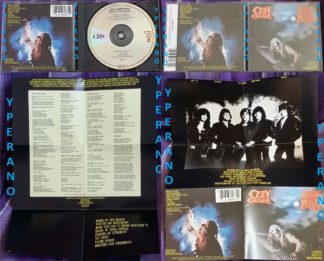