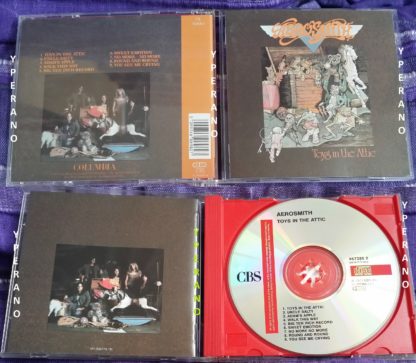 AEROSMITH: Toys in The attic an audio review of the album: http://chirb.it/m5Ekns or  https://voca.ro/1cXgDe59H5D

Originally released in 1975, this was Aerosmith’s breakout recording. Like their other albums from the 1970’s, Toys has a strong blues inflection, as indicated by their cover of “Big Ten Inch Record,” which also shows that Aerosmith has never lacked raunchiness or innuendo. There’s also the original (pre-Run-D.M.C.) version of “Walk This Way,” and the classic “Sweet Emotion.” This is classic Aerosmith at its gritty, streetwise best; they may have been derivative, but it really doesn’t matter, then or now: its all in good fun. 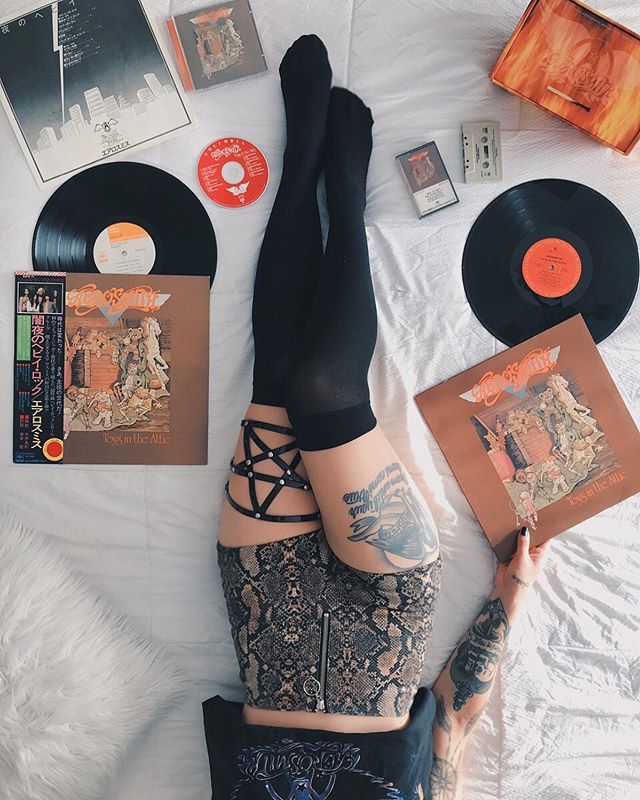 Toys in the Attic is the third album by American rock band Aerosmith, released in April 1975 by Columbia Records. The albums first single release, “Sweet Emotion”, was released a month later on May 19 and “Walk This Way” was later released on August 28 in the same year. The album is their second-most commercially successful studio LP, with eight million copies sold in the United States alone, according to the Recording Industry Association of America.
Steven Tyler claims that his original idea for the album cover was a teddy bear sitting in the attic with its wrist cut and stuffing spread across the floor. They decided, in the end, to put all of the animals in instead.
The album was ranked #228 on Rolling Stones list of The 500 Greatest Albums of All Time. The albums title track is part of The Rock and Roll Hall of Fames 500 Songs that Shaped Rock and Roll list.

For his review of Toys in the Attic for Allmusic, Stephen Thomas Erlewine called the albums style a mix of Led Zeppelin and The Rolling Stones riffs and was filled with songs about sex with a different style than there ever was before.
Greg Kot called the album a landmark of hard rock.
For the Blender magazine review, Ben Mitchell called Toys in the Attic cocaine-influenced and mentions the songs “Toys in the Attic”, “Walk This Way”, and “Sweet Emotion” as “Standout Tracks”.

A truly inventive Aerosmith album, still suffused with a gloriously raspy sense of the blues, but quietly evocative in its timbre and approach. It showed Tyler working out lyrics that were so much more than simple cars and girls fodder, ‘Adams Apple’ theorizing that creation could quite possibly have occurred with an alien mothership landing on earth and setting the wheels of the human race in motion. sweet Emotion’ throbbed slowly into life, ‘Big Ten Inch Record’, a salty R&B work-out, while ‘You See Me Crying’ was heightened and given body by a warm orchestration. A clear steeple of great work amid a skyline of repeating successes.

It was with their third album Toys In The Attic that Aerosmith came of age and sealed their reputation as America’s Rolling Stones. It features a handful of their most famous songs – Walk This Way, Sweet Emotion and the title track.

here is a lesser-known classic – one of the 10 best deep cuts by this legendary band: Less celebrated, but equally brilliant, is Uncle Salty, a beautiful, trippy, swinging tune with a whiff of 60s psychedelia in its blissed-out refrain: “Ooh, it’s a sunny day outside my window…” Tyler’s vocal melody in the verses would be ripped off many years later in Shania Twain’s mega-hit Man! I Feel Like A Woman! Yes, really!

Be the first to review “AEROSMITH: Toys in The attic CD. All songs are amazing! “Walk This Way”, “Sweet Emotion”. Check videos + audio & video reviews of the album” Cancel reply 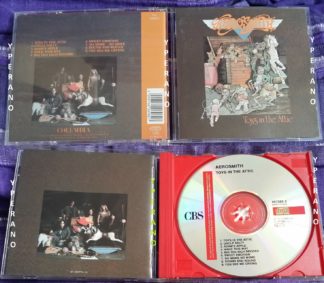 You're viewing: AEROSMITH: Toys in The attic CD. All songs are amazing! “Walk This Way”, “Sweet Emotion”. Check videos + audio & video reviews of the album £6.99
Add to basket