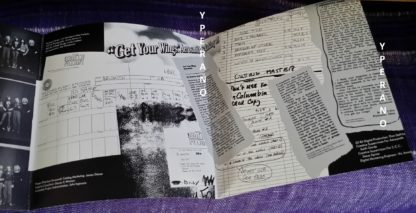 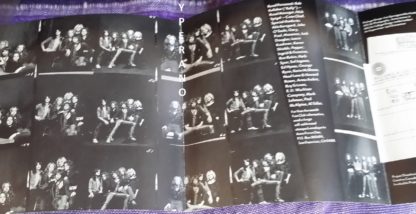 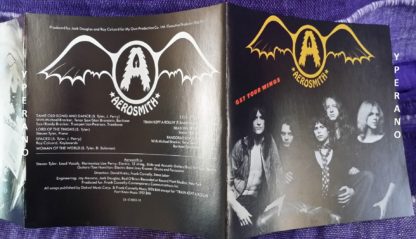 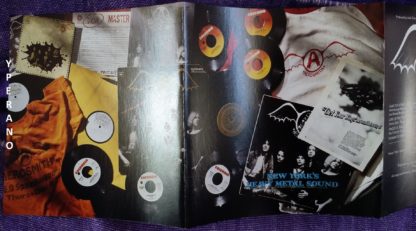 AEROSMITH Get Your Wings an audio review of the album: http://chirb.it/4P420B  or  https://voca.ro/fdx2dhEW57A

Get Your Wings is a must own for any fan of Aerosmith or 70’s rock and roll. It is one of those albums that I listen to and just can’t believe that it was made in ’79. It is exceptional and has stood the test of time. The 20-bit Digital Mastering SBM showcases the album with a faithful sound that will be appreciated for generations to come. The mastering is treated respectfully and as it was done prior to the ‘loudness wars’ the dynamic range is in the vicinity of 12 out of 20. Don’t touch any other remastering! It has an average dynamic range of 09. Seriously, I’m all for audiophile releases, but low dynamic range isn’t fit for anyone, let alone an audiophile consumer. There is no doubt whatsoever, that the 1993 remastered CD is the pinnacle for Get Your Wings when obtaining a copy. 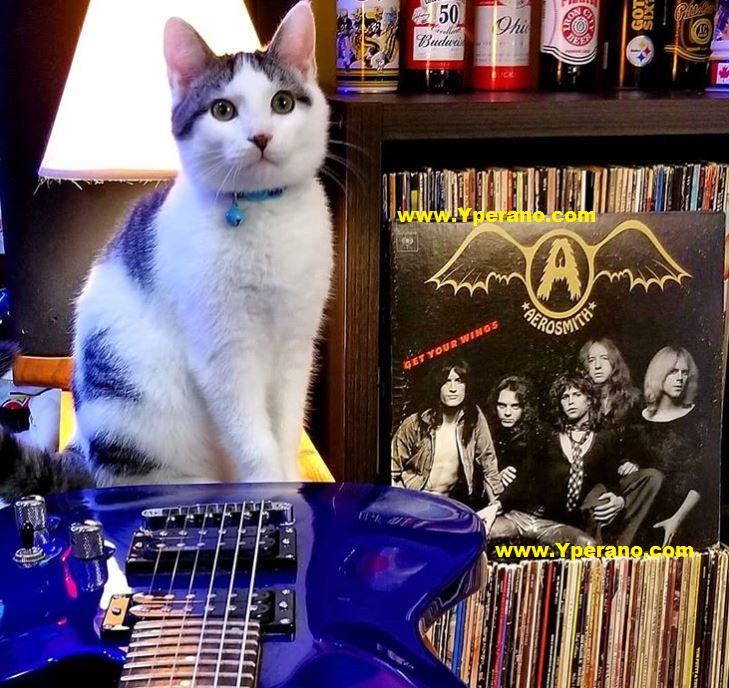 Due to the commercial underachievement of Aerosmith’s 1973 self-titled debut, the young band was nearly dropped by its record label. But a rigorous touring schedule helped strengthen their songwriting and tightened their playing even further, so after Columbia wisely decided to back the band again, the classic Get Your Wings was released. It didn’t prove to be the sudden commercial breakthrough that Steven Tyler and company hoped for, but it did go gold one year after its release and set the stage perfectly for 1975 Toys in the Attic, which would propel Aerosmith into the rock & roll stratosphere. Comparing Get Your Wings to the 1973 debut is like night and day; it sounds almost like a completely different band — the playing is more aggressive, the songwriting succinct, and Tyler had almost fully perfected his instantly recognisable yowl. But the sleaze and grit remained — Same Old Song and Dance combines a nasty blues groove with a tale of a drug deal gone bad, both S.O.S. (Too Bad) and Lord of the Thighs are straight-up rockers, and Seasons of Wither remains the bands most haunting ballad. But the best-known song is their cover of Train Kept a Rollin, which would soon become a perennial showstopper in concert. Get Your Wings also marked the first time that producer Jack Douglas worked with the band; he would remain on the controls on nearly all of their future ’70s hits.

Songs information:
Same Old Song and Dance
Built around a riff Joe Perry came up with while sitting on his amp, Steven Tyler quickly came up with the verse riff. The song appears in Guitar Hero III: Legends of Rock. The original lyric, “Gotcha with the cocaine, found with your gun.” it was referred, when they started becoming addicted with cocaine. In the single version, the lyric was changed to “You shady lookin’ loser, you played with my gun.”

Lord of the Thighs

The band’s second album Get Your Wings was not a hit, peaking at number 74 on the US chart. Three singles from it all stiffed. But it is, undeniably, a classic record. It features Train Kept A-Rollin’, Same Old Song And Dance and the enigmatic ballad Seasons Of Wither. Best of all is the last song they wrote for the album – Lord Of The Thighs.

here is a lesser-known classic – one of the 10 best deep cuts by this legendary band: The whole thing reeks of sleaze, from the lowdown and dirty riff to Tyler’s dark lyrics, in which he revels in the role of a pimp. And the way he sings the word “socialise”, drawing out the last syllable, has such an air of menace and decadence it makes Bon Scott sound like a choirboy.

After the band decided they needed one more song for the album, they locked themselves into their rehearsal room, and came up with this. The narrator is a pimp who recruits a young woman he sees on the street into prostitution. Tyler also plays the piano. Kramers opening beat is very similar to the one he would tap out a year later in “Walk This Way” The song can be heard on Liberty Rock Radio in Grand Theft Auto IV: The Lost and Damned.

Spaced
This song is an ode to a world with no savior and a lot of nukes and general man-made mayhem. Starts with low audible atmospheric sounds. I love it when rock and roll songs start this way. It sets the scene for a more mellow track, but there is so much complexity to the song that I never tire of it. The percussion elements are perfectly added for impact, not just because they are available. This musical self-control has been an Aerosmith trademark since their inception. It would be nice to see more artists follow this direction.

Woman of the World
Written by Steven Tyler and his former band, The Strangeurs. Starts with a lonely drum beat that reminds me of a drummer’s click track that ensures speed throughout the song remains constant. In a similar way, this beat ensures your toe tapping doesn’t miss a beat either.

S.O.S. (Too Bad)
A protopunk song, it emphasizes the same content punk rock would soon be known for: gritty lyrics, questionable moral content, and straight to the point music. Has nothing to do with save our souls, although that may have seemed appropriate for the band as they were always on the precipice of destruction. It in-fact stands for Same Old Shit and that is an adage that I’m sure we can all get behind. S.O.S. (Too Bad) is simply a fantastic bluesy rock and roll song that has a beautiful intermingling of bass and guitar with a drum beat that holds the song together

Seasons of Wither
Steven Tyler wrote this song using an old Joey Kramer’s acoustic guitar found in the garbage on Beacon Street. In a change of pace from the rest of the album, this song is a slow, mournful ballad inspired by the Massachusetts landscape in the winter. Begins with almost a minute of wind sounds in an attempt to set the seasonal stage. While it sets the scene, the song stands on its own with some absolutely gorgeous guitar work. I love songs where the subtle aspects of the guitar are present, but don’t overshadow the rest of the performance. This song proves that a great song can include elements from the entire band.

Pandoras Box
Joey Kramer’s first writing credit, this song was written on a used guitar he found in a dumpster. It was heavily inspired by the Soul musicians of the ’60s and ’70s. It is a bonus song in the music game Guitar Hero: Aerosmith. 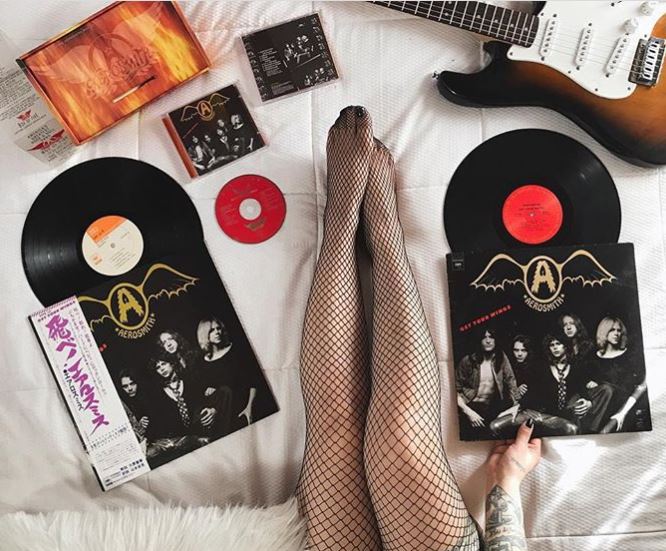 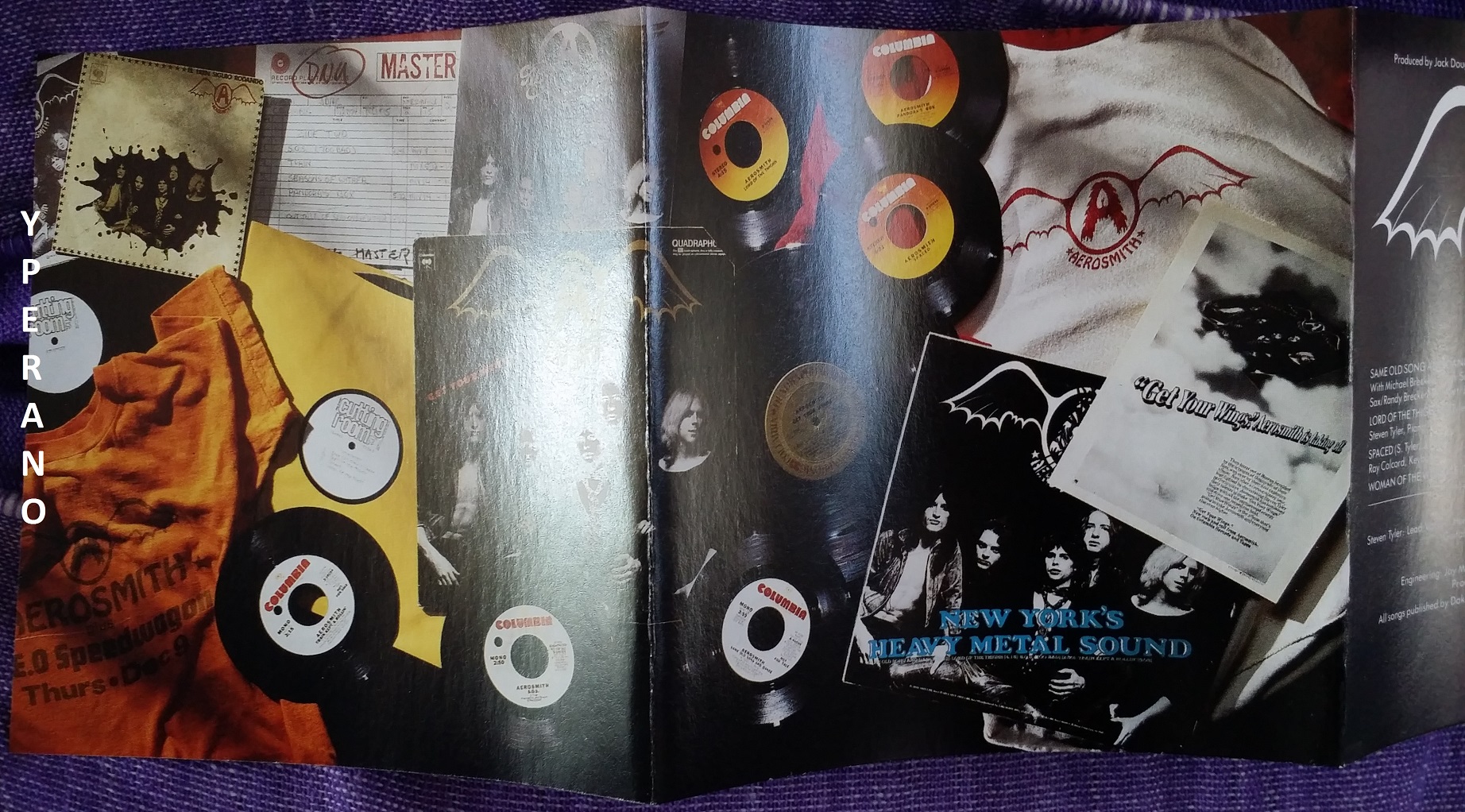 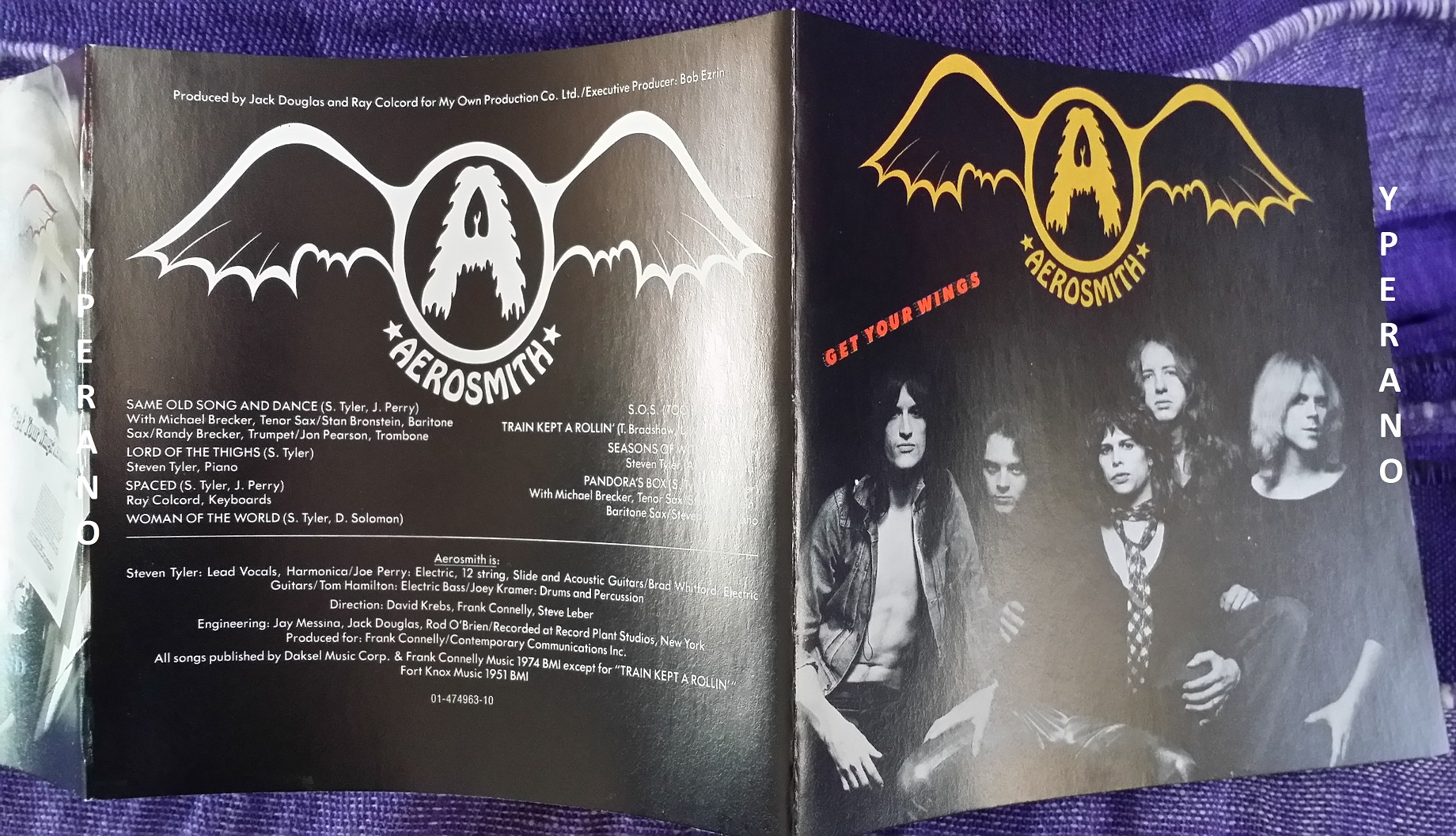 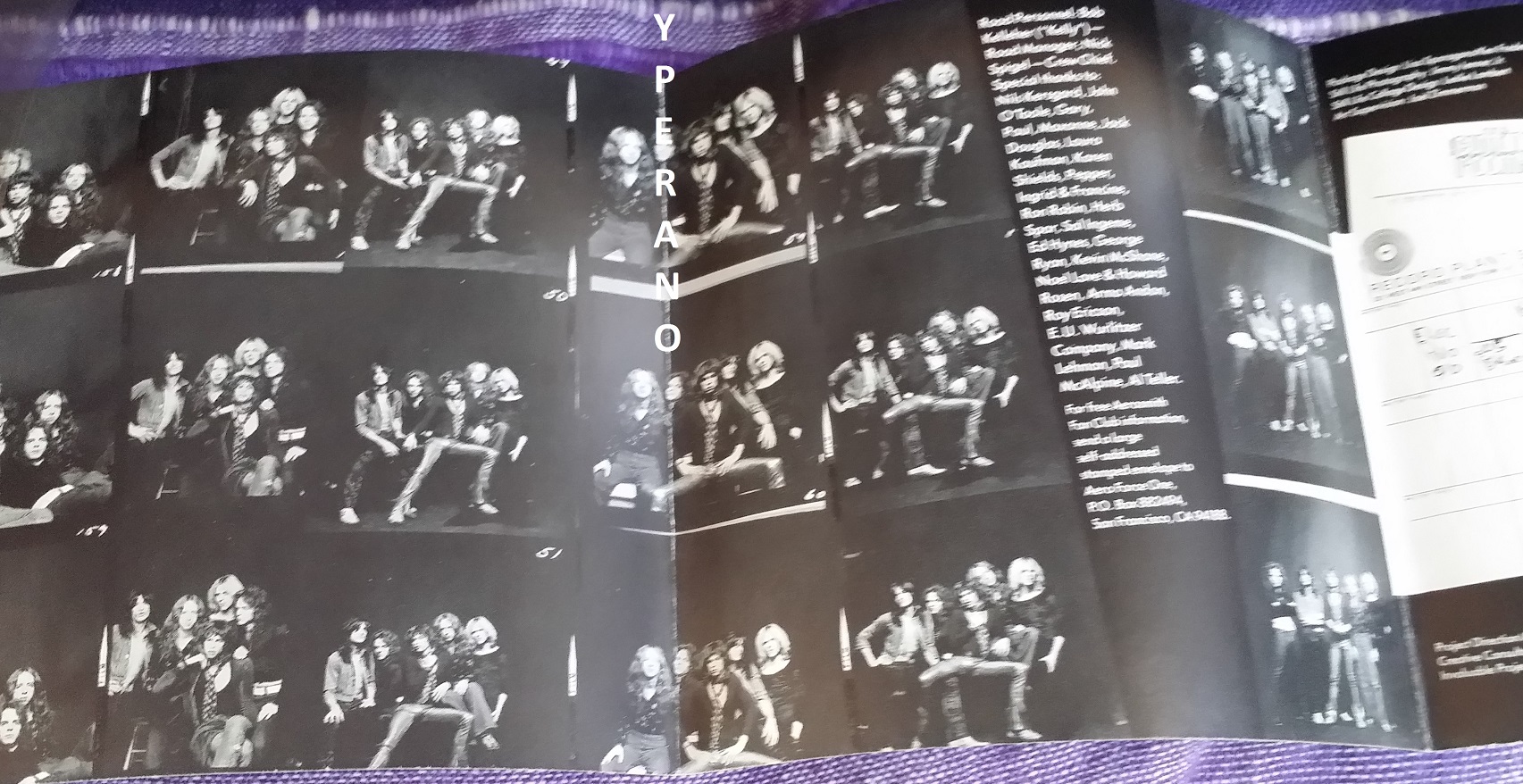 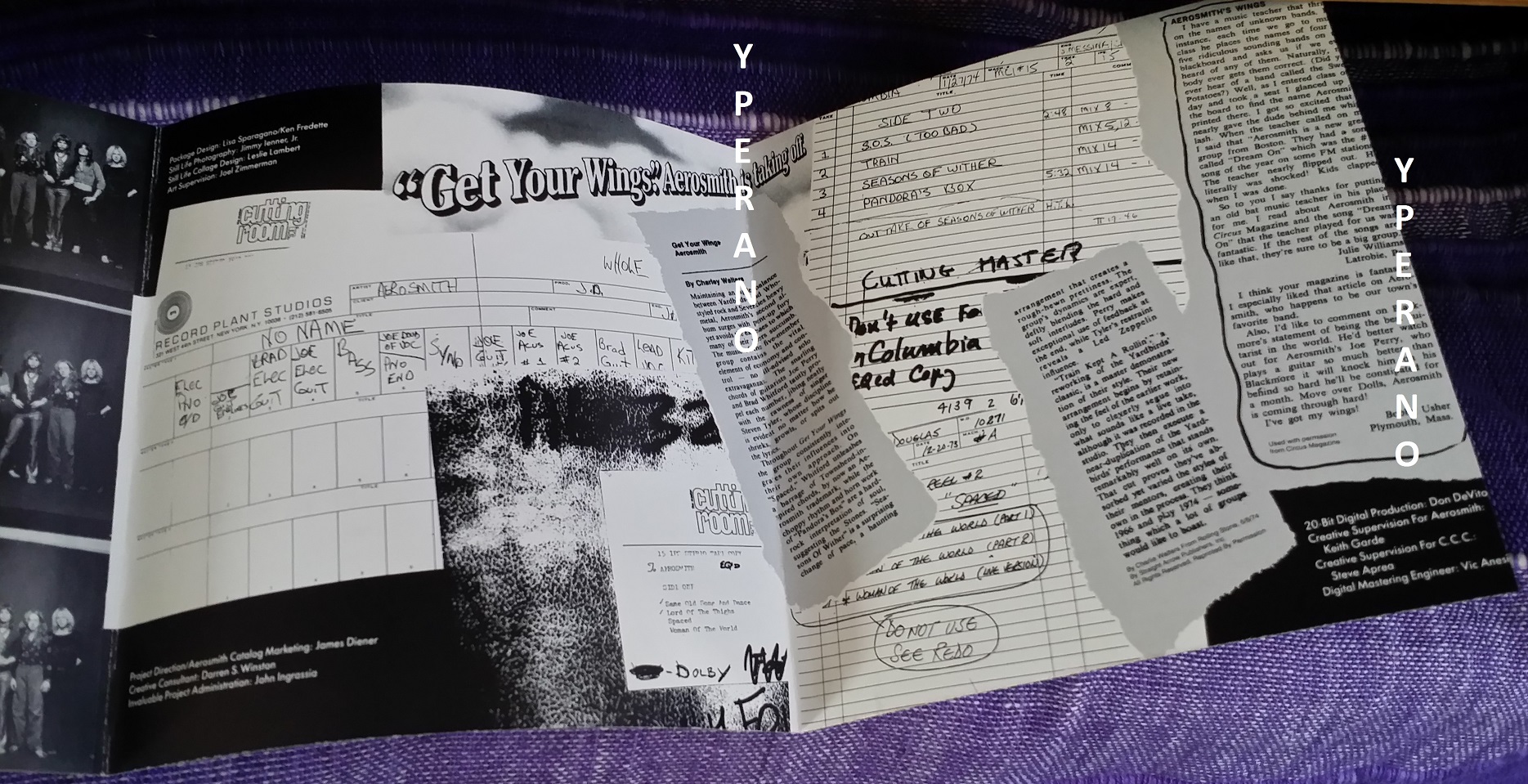