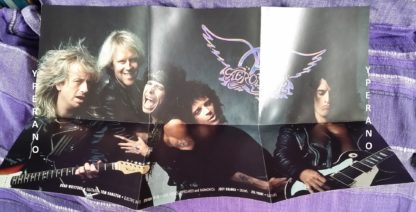 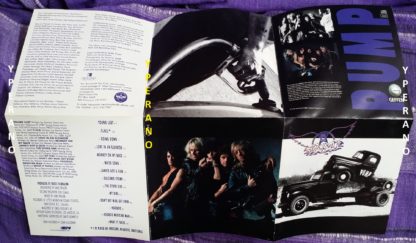 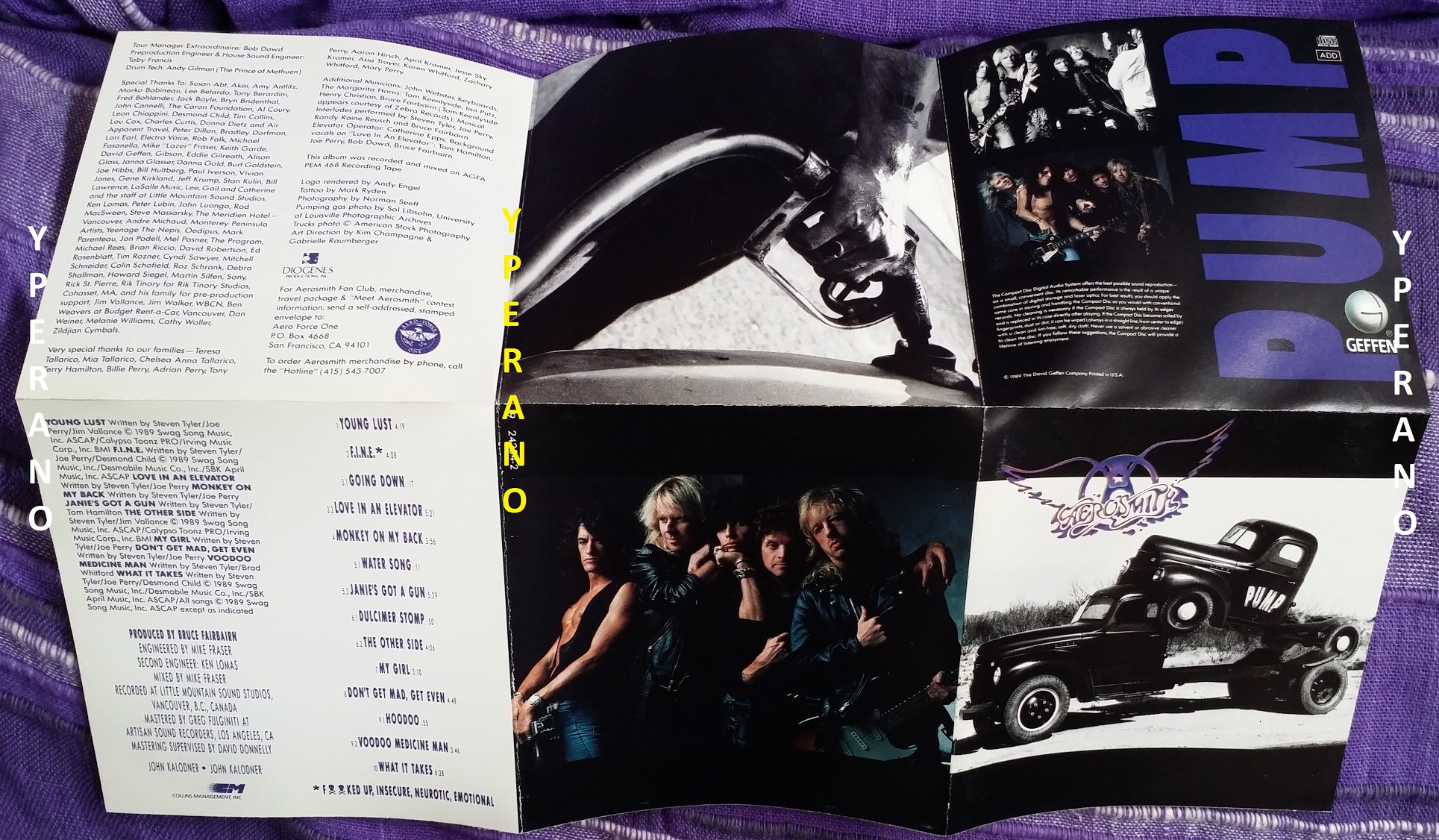 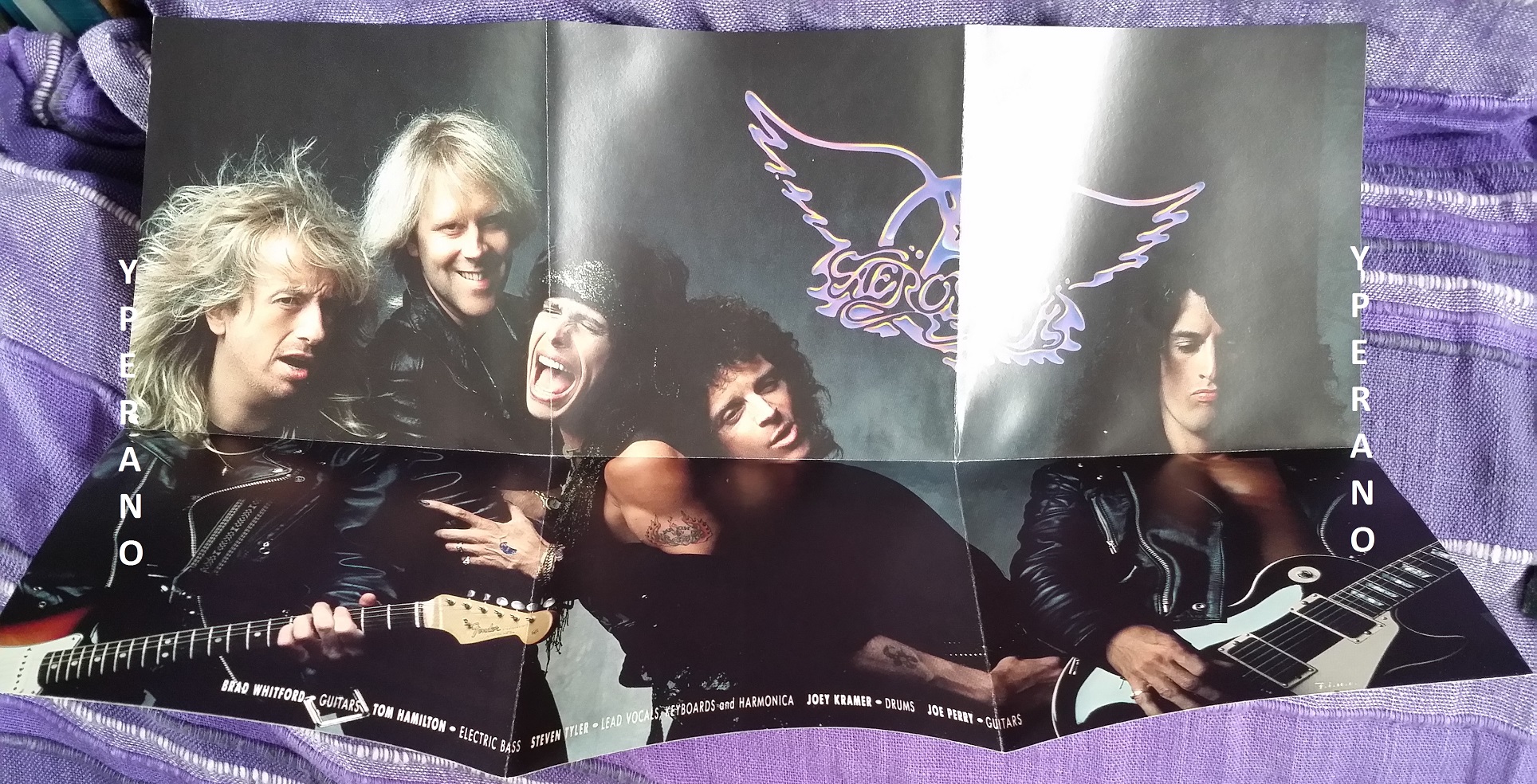 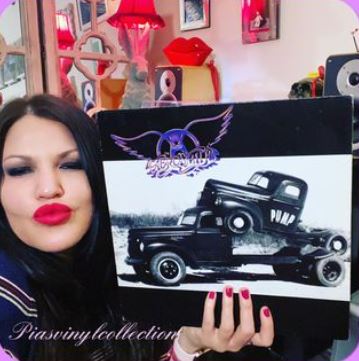 Pump is the tenth album by American rock band Aerosmith, released in 1989.

Pump was widely acclaimed by both fans and critics upon its release. The album incorporates the use of keyboards and a horn section on many of the singles (“Love in an Elevator”, “The Other Side”), and contains straightforward rockers (“F.I.N.E.*”, “Young Lust”), the ballad “What It Takes”, songs about issues such as incest and murder (“Janies Got a Gun”) and drug and alcohol abuse (“Monkey on My Back”), as well as a variety of instrumental interludes such as “Hoodoo” and “Dulcimer Stomp.”
The album has certified sales of seven million copies in the U.S. to date, and is tied with its successor Get a Grip as Aerosmiths second best-selling studio album in the U.S. (Toys in the Attic leads with eight million). It produced a variety of successes and “firsts” for the band including their first Grammy Award (“Janies Got a Gun”).
“Love in an Elevator” became the first Aerosmith song to hit #1 on the Mainstream Rock Tracks chart. Additionally, it is the only Aerosmith album to date to have three Top 10 singles on the Billboard Hot 100 and three #1 singles on the Mainstream Rock Tracks chart. The album was the fourth bestselling album of the year 1990.
In the UK, it was the second Aerosmith album to be certified Silver (60,000 units sold) by the British Phonographic Industry, achieving this in September 1989.
Pump was the second of three sequentially recorded Aerosmith albums to feature producer Bruce Fairbairn and engineers Mike Frazer and Ken Lomas at The Little Mountain Sound Studios. 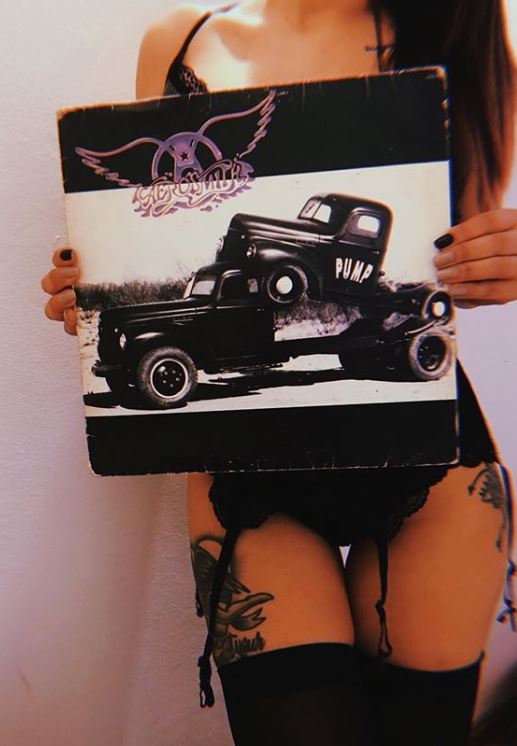 Pump is arguably Aerosmith’s tightest album for there isn’t a single filler track to be found and the flow of the album is perfect for Aerosmith’s style. Aerosmith and Bruce Fairbairn took their musicality to another level ensuring that when Pump was released in 1989, it was a stellar release that would not only close out the 80s with a bang but would stand the test of time for this is one album that sounds as fresh today as it did when it was released.  It was the logical choice for the new-to-Aerosmith music fan in the 90s.

Young Lust offers a solid start to Pump and offers a glimpse of what is to come.   Pump wouldn’t be the same without it.

F.I.N.E. an acronym for “Fucked Up, Insecure, Neurotic, and Emotional” is bloody brilliant! The upbeat rhythm is off-the-charts and the flow from Young Lust is masterful.

Monkey On My Back is brilliantly distorted and has a compellingly addictive rhythm that will see you head-bopping and toe-tapping throughout.

Water Song / Janie’s Got A Gun is an incredible tune, I’ve always loved it, but I’ve never been blown away by the Water Song introduction as I feel it is superfluous.

Dulcimer Stomp / The Other Side is great and  a song I adore even though it could be argued that it is overproduced.

My Girl isn’t a bad song that could have quite easily been a killer 50s tune, one that would have set many a dance floor alight.

Hoodoo / Voodoo Medicine Man is another song whereby the introductory element is somewhat unnecessary and while I acknowledge the aim and that it flows relatively well into Voodoo Medicine Man, the core song is strong enough on its own with an addictive rhythmic vibe, that I simply don’t think the introduction added anything to the song itself.

What It Takes is, and I make no secret of my love for rock ballads, an incredible vocal driven ballad that will appeal to fans who were captivated by songs like I don’t want to miss a thing. What It Takes is the perfect closer, compelling me to play Pump again and remain within Aerosmith’s extensive catalogue of music. That is, of course, until the hidden instrumental, played by Randy Raine-Reusch, appears and detracts from the listening experience. I have to admit, hidden tracks are not my favourite ‘feature’ and while there was an initial buzz about listening to the very end, have you ever heard a hidden track that you’ve felt was worthy of inclusion? I likely have, but none spring to mind.

Overall, Pump is sensational from start to finish and is, without fail, one of Aerosmith’s very best recordings, if not their very best.

5.0 out of 5 stars Aerosmith spot on.,
The album pump by Aerosmith is a masterpiece. 10 tracks of pure brilliance. catchy lyrics and spot on guitar/percussion throughout the entire album. I feel the best track on this album is ‘The other side’ in which Joe Perry delivers fantastic riffs, which when put along-side the great bass effects of Tom Hamilton and the legendary voice of Steven Tyler creates the ultimate stadium rock and roll hit. You will not be disappointed by this album
———————————————————–
5.0 out of 5 stars Amongst Aerosmiths best.,
There is no doubt that Aerosmiths golden years were in the 70s with gems such as Toys In The Attic, Draw The Line and the underrated Night In The Ruts. Then the decline into drugs began along with the decline in sales.

Whilst Pumps predecessor Permanaent Vacation has some excellent songs, it is far more FM friendly, MTV orientated and commercial.

Pump is back to basics Aerosmith. Its starts Young Lust. Joey Kramer plays those drums as if his life depended on it and Tom Hamiltons bass thunders away, and Perry and Whitford are in brilliant form. Tyler sings with his usual innuendo laden way.

FINE is also a strong song and is followed up with Love In An Elevator; probably the best well known song on an album and brings back memories of Aerosmiths brilliant performance in Hyde Park in July this year.

Monkey On My Back is about Aerosmiths well known battle with drugs and is hard hitting, without preaching.

Janies Got A Gun is probably one of Aerosmiths finest moments. Mr Hamiltons brilliant bass intro and Tylers hard hitting lyrics about child abuse easily make this the best song on the album.

The next song is the funky The Other Side folowed by the upbeat, sixties sounding, My Girl.

I love the song Don’t Get Mad Get Even,(my mantra and something we should all aspire to)

The African laden Whitford/Tyler comes next and Pump closes off with the most FM sounding song on the album, What It Takes.

What I love about this album is that Aerosmith sound so ALIVE and forgive the pun, PUMPed up. The whole group are on top form and a clearly having a fantastic time.

You will too if you buy this.
———————————————————
5.0 out of 5 stars TOP!,
Great Album! what a rock album should be – tight instruments, great vocals, and most of all, fun! it sounds like a bunch of blokes having fun. I love the first 4 tracks – doesn’t let off for a second, rest of the album is great to – theres just something i really enjoy about the sequence of the first 4 tracks
———————————————————–
5.0 out of 5 stars Pump is Aerosmiths best album so far!,
Aerosmith have been around since the year 1973 and they had some really troubled times where Joe Perry left them back in the early 80s mainly because of drugs. Steve Tyler and Joe Perry fell out they were know as the toxic twins. They all got back together again and become Americas biggest rock band ever again and even more successful then the time befor. Permaent Vacation the album before Pump had some hits and was good. Then Pump come out and was a huge hit with great rock songs like Love In An Elevator, Monkey On My Back, Janies Got A Gun, The Other Side and Voodoo Medicine Man. Aerosmith are one one of the best rock bands from America and Pump is their best album so give it a go.
————————————————————-
5.0 out of 5 stars The most important Album I ever bought,
Late eighties and leaving school when this come out. It simply blew me away and changed the music I listened too forever. Its just sex drugs and rock n roll which is pretty exciting stuff at 15-16. The whole album gels into a single entity with the help of some neat intros, a perfect running order and 10 tracks leave no room for fillers.
If you buy one aerosmith album then buy this – it hits the sweet spot between 70s rockin’ and 80s MTV hits (and beyond).
————————————————————
5.0 out of 5 stars Everything you’d expect from Aerosmith,
Pump is a classic album and archetypal Aerosmith; you’d be silly not to buy it.

Every single track on here is somewhere between good and great. My favourite is probably Voodoo Medicine Man. The final song (What it Takes) is, in my opinion, the weakest song on there, but its still not bad.
————————————————————
5.0 out of 5 stars Pump The 3rd Greatest Album,
This Album Rocks!!! It Is A Must Have!! I Recommend Young Lust, Monkey On My Back, Hoodoo/Voodoo Medicine Man & Water Song/Janie’s Got A Gun. This Album Is Great!! I’d Give it 10/10

Be the first to review “AEROSMITH: Pump CD. + bonus track. 1989 Opened, the booklet reveals a poster picture of the band! Check videos of Love in an Elevator, Janie’s Got a Gun, What It Takes, The Other Side” Cancel reply

You're viewing: AEROSMITH: Pump CD. + bonus track. 1989 Opened, the booklet reveals a poster picture of the band! Check videos of Love in an Elevator, Janie’s Got a Gun, What It Takes, The Other Side £9.00
Add to basket