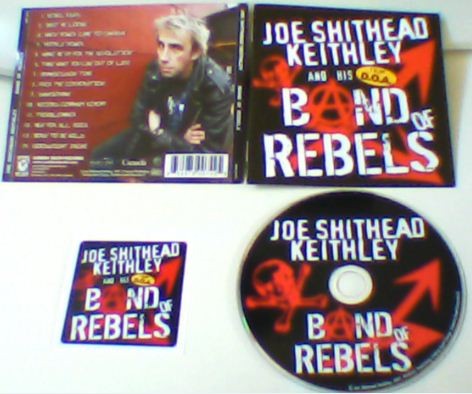 The veteran Canadian punk rocker and ex-D.O.A. member Joe “S*******” Keithley (who not only heads his own record label but also runs in local elections in his home province of British Columbia as a Green Party candidate), keeps anarchy’s flame alive in this collection of snarling, politically aware rock & roll. Mining influences from the Clash to breakneck second-generation ska, BAND OF REBELS wears its outlaw stance on its sleeve with titles like “Wake Me Up For the Revolution” and “People Power.” Keithley also salutes his own and his country’s musical roots with a rip-roaring take on Leadbelly’s “Goodnight Irene,” and a surprisingly faithful version of the Canadian rock band Steppenwolf’s “Born to Be Wild” 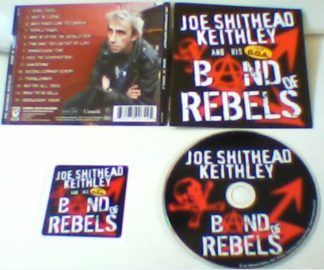