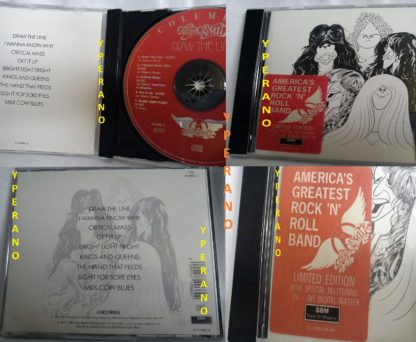 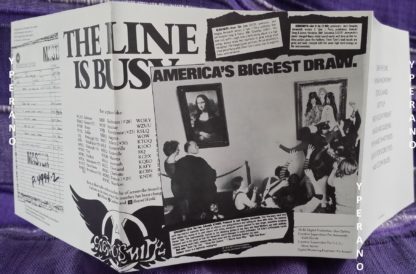 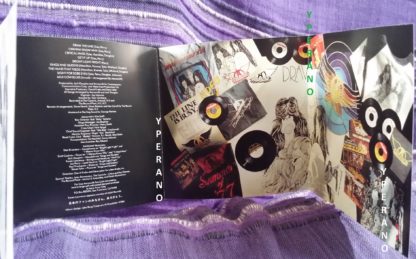 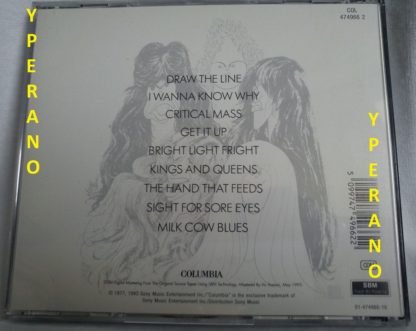 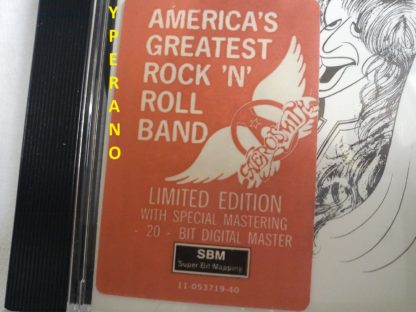 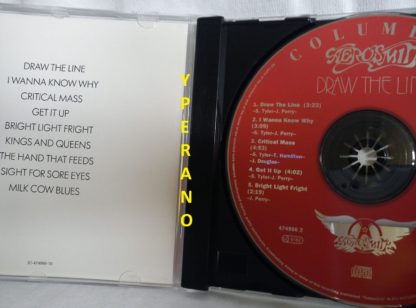 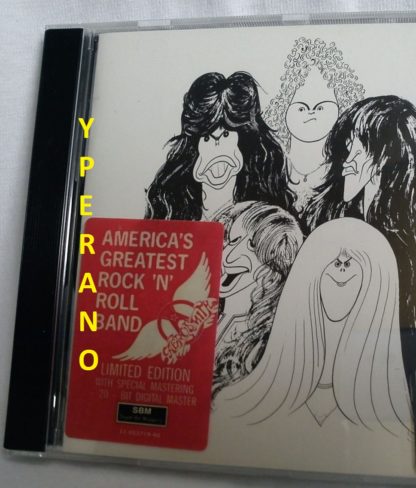 AEROSMITH Draw the line an audio review of the album:  http://chirb.it/02awft  or  https://voca.ro/5JAQ413TgEh

20-Bit digital mastering from the original source tapes using SBM technology.  The 20-bit Digital Mastering SBM showcases the album with a faithful sound that will be appreciated for generations to come. The mastering is treated respectfully and as it was done prior to the ‘loudness wars’ the dynamic range is in the vicinity of 12 out of 20. Don’t touch any other remastering! It has an average dynamic range of 09. Seriously, I’m all for audiophile releases, but low dynamic range isn’t fit for anyone, let alone an audiophile consumer. There is no doubt whatsoever, that the 1993 remastered CD is the pinnacle for when obtaining a copy of this album.

Draw the Line is the fifth album by American rock band Aerosmith, released December 1, 1977. The album was recorded in an abandoned convent near New York City, rented out for that purpose. The band lived there while recording the album, doing drugs, sleeping, eating, shooting guns, and driving their sports cars in between recording sessions.
At the time of release the band was considered big enough that the name didn’t appear on the front of the album artwork. The portrait of the band was drawn by renowned celebrity caricaturist Al Hirschfeld. 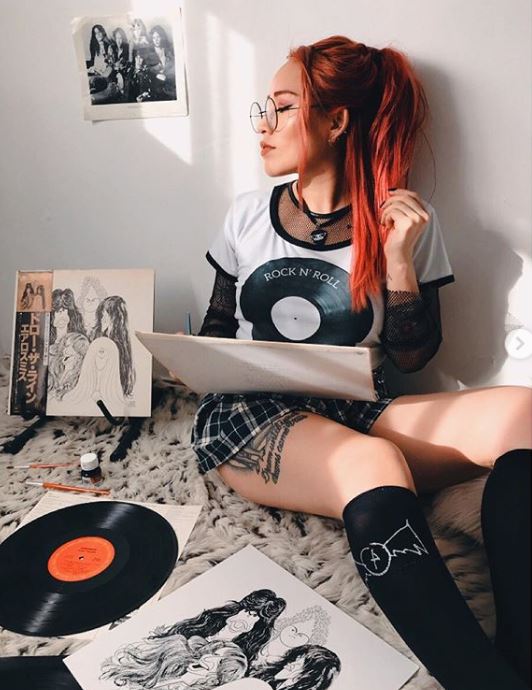 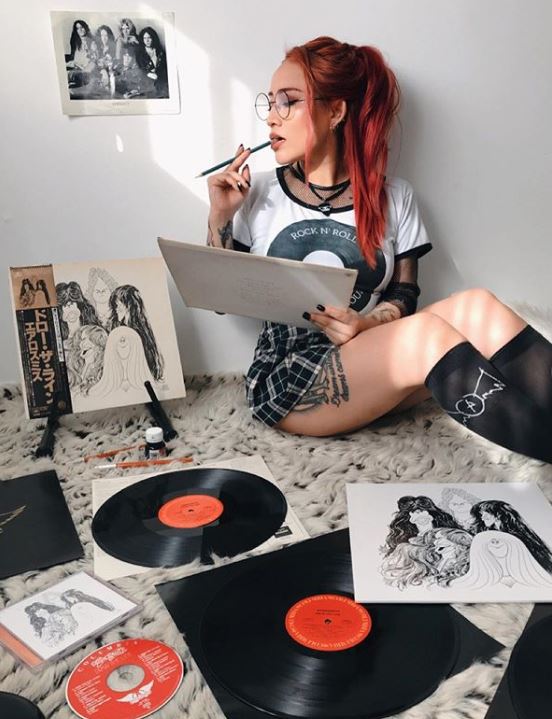 Singles – Billboard (North America)
Year Single Chart Position
1977 “Draw the Line” The Billboard Hot 100 42
1978 “Kings and Queens” The Billboard Hot 100 70 [Steven Tyler said of “Kings and Queens” in the liner notes to Pandora’s Box: “This one was just about how many people died from holy wars because of their beliefs or non-beliefs. With that one, my brain was back with the knights of the round table…”] 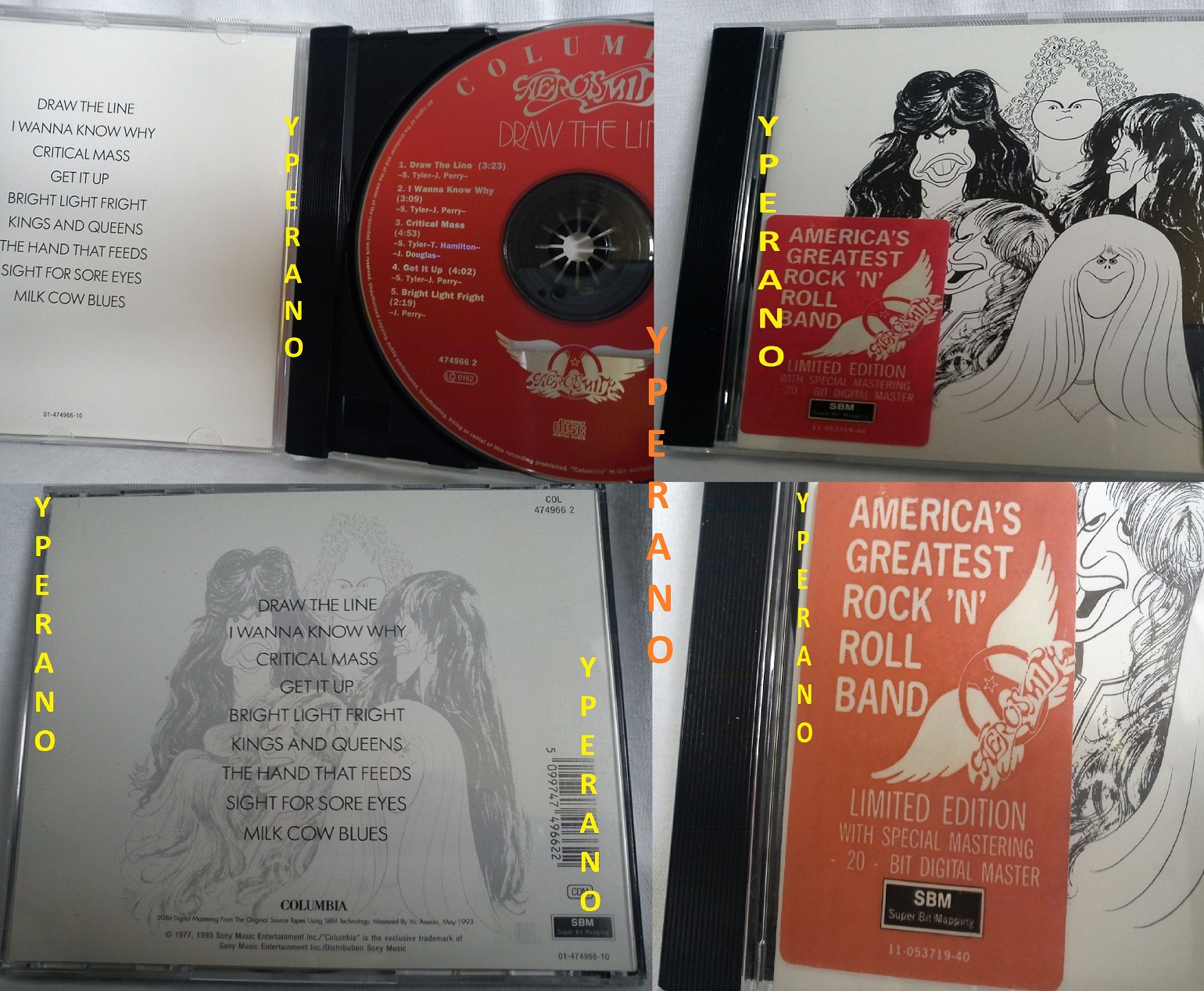 here is a lesser-known classic – one of the 10 best deep cuts by this legendary band: By 1977, when Draw The Line was released, Tyler and Perry were pretty much gone – deadened by heavy drug use, they were running on empty, the band fast unraveling. Somehow, from the murk they pulled out a half-great record with a frantic, frazzled title track, a moody epic in Kings And Queens and, in I Wanna Know Why, a gloriously whacked-out, high-octane rock’n’roll song. The Bad Boys from Boston never sounded badder.

5.0 out of 5 stars In-Your-Face Hard Rock!,
The title track is pure hard rock with an attitude and great guitar by Perry. “Kings and Queens” is brilliant and is also one of my favorite Aerosmith songs (with a LIMITED FEW songs I like more). Their remake of “Milk Cow Blues” is fantastic and is my favorite cover Aerosmith has ever done. Other songs like “Critical Mass” and “Sight for Sore Eyes” are great songs with Steve Tyler’s voice screechin’ through it all (except for Joe Perrys first vocal appearance in “Bright Light Fright” which isn’t bad at all).

5.0 out of 5 stars CHECKMATE-DRAW THE LINE,
A straight up, tightly focused and high energy rock & roll album. This packs a sonic punch: The band rocks a deeper groove, Steven Tyler’s singing is on a shrieking other level. If I have to choose between well-crafted songs and a harder, dirtier groove…I’ll take the harder, dirtier groove. This is Aerosmith’s truncated EXILE ON MAIN ST. It also reminds me of AC/DCs FLICK OF THE SWITCH. These three albums all have something in common besides B & W cover-art: They’re all about big time rock acts stripping back all the hoopla and getting down to the rocking basics. With the exception of the dark and majestic “Kings & Queens”, DRAW THE LINE exists only to rock and to periodically get funky.

5.0 out of 5 stars Aerosmith at their peak,
Its simply Aerosmith doing what Aerosmith has always done: Pumping high-octane rock & roll. It just doesn’t get any better than this.

5.0 out of 5 stars awesome hard rock,
Draw the Line is *clearly* the most underrated album Aerosmith ever made. This is because every single moment of this album is nothing short of fantastic.

The title song is based around a really dirty and melodic guitar riff, and “Critical Mass” goes through numerous vocal melodies, great guitar soloing AND some splendid bluesy harmonica work. I love the way Steven Tyler sings along to the chugging rhythm section. Clearly one of the best songs in Aerosmith’s long and legendary career.

“I Wanna Know Why” is based around a REALLY good verse melody *and* chorus. The best of both worlds. These three songs ALONE would be enough to call Draw the Line totally underrated, but get this- there’s several more quality tunes as well.

“Get It Up” has a weird chorus and I wouldn’t disagree with anyone who believes the song is constructed awkwardly, but the verse melody once again blows me away.

Honestly, this albums strongest point is, believe it or not, the verse melodies. Every single one of them floors me.

“The Hand that Feeds” sounds like a possible attempt at recreating “Walk This Way”. I love it even MORE than that classic track, though. Maybe its just me, but the guitar riff in “Sight for Sore Eyes” sounds *extremely* heavy. Almost like grunge rock. Maybe the only time on the entire album where I prefer the chorus over the verse melody.

I can almost see how someone would compare “Milk Cow Blues” to a Rolling Stones song. At least, this song wouldn’t be totally out of place on their legendary classic Exile on Main Street. Dirty rockin’ blues. Gotta love it. “Bright Light Fright” reminds me of the Who for some reason, perhaps something John Entwistle would have wrote.

“Kings and Queens”, sounds like another attempt at giving us a psychedelic sounding “Dream On” and it works I guess.
A must own album this one is.

5.0 out of 5 stars
The title track and “Kings and Queens” are two of the bands best songs and “Milk Cow Blues” is one of their better covers. This is one to get. 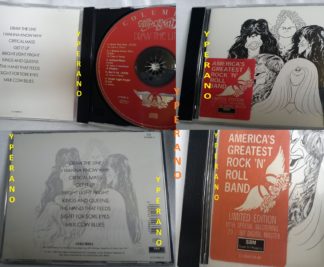