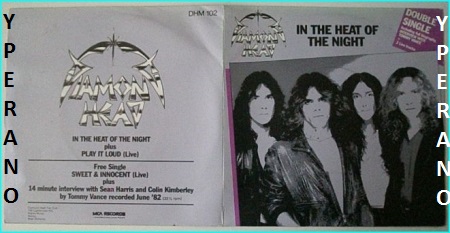 Double pack from the NWOBHM legends, comes as a gatefold 7″

DIAMOND HEAD: In the Heat of the night is also available in this compilation CD:  Heavy Storm

Be the first to review “DIAMOND HEAD: In the Heat of the night 7″ Gatefold. + play it loud (live) + Sweet & innocent (live) +14 Min. interview with Sean Harris” Cancel reply 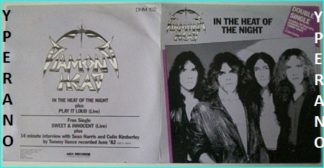