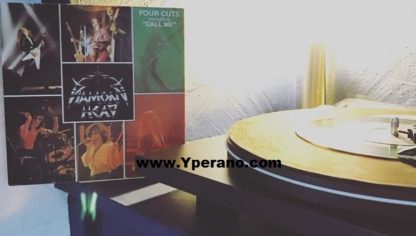 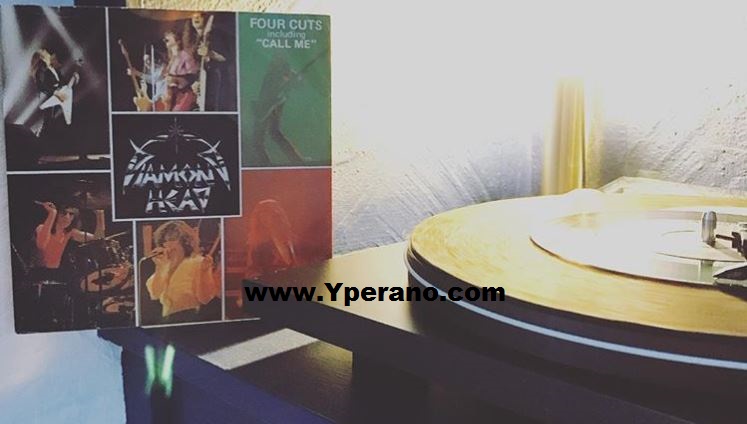 DIAMOND HEAD – 7″ SINGLE
FOUR CUTS EP
MCA RECORDS – DHM 101
A Side – Call Me + Trick Or Treat
B Side – Dead Reckoning + Shoot Out The Lights
Dead Reckoning is obviously about the nuclear Armageddon. The businessman / anybody rich enough can start a nuclear conflict.

—————————————————–
This version below is arguably better than the one that’s included as a bonus track on some versions of the debut. Its mainly the improved production.

Four Cuts is an EP by heavy metal band Diamond Head and was released in 1982. It was a double A-side with “Call Me” and “Trick or Treat”, and was released by MCA. The EP also contained “Dead Reckoning” and a re-recorded version of “Shoot Out the Lights” as the two B-sides. This was the band’s first release on a major label, and was designed to be a taster for their second album.

“Call Me” was later released as a single in its own right later that same year. The song also appeared on Diamond Head’s second studio album, Borrowed Time, their first album to be released by MCA. “Trick or Treat” and “Dead Reckoning” were favourites in the band’s live set during the 80s. However, neither song made it onto the Borrowed Time album

Dead Reckoning was later available on the band’s 1987 compilation album Am I Evil. The original version of “Shoot Out the Lights” was previously released as an A-side in 1981 on the band’s own label, Happy Face Records. 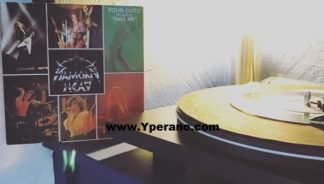