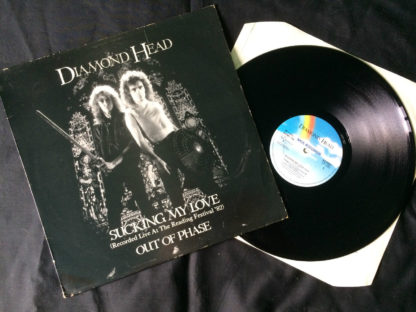 Label:  MCA Records ‎– DHMT 104
Format:  Vinyl, 12″, Single
Country:  UK
Released:  1983
Genre:  Heavy Metal
Tracklist
12″ maxi single, with a live version of Sucking my Love, recorded at The Reading Festival in 1982.
Looks like the 7″ singles of Out of Phase, but is apparently laid out as a double A-side single.

It must be annoying to see Metallica who virtually started as a DIAMOND HEAD tribute band become much bigger than them. However:
1) Maiden had Ron Smallwood as manager, DIAMOND HEAD had Reg Fellows, a local cardboard manufacturer
2)DIAMOND HEAD didn’t sign to a major label quick enough
3)MCA wasn’t the label that was right for them
4)Harris’ mum was their tour manager
5)changed direction too soon
6)Pressing problems on Canterbury
7) Harris got fed up of metal and wanted to do pop music, if you’ve heard the unreleased stuff you’ll know. 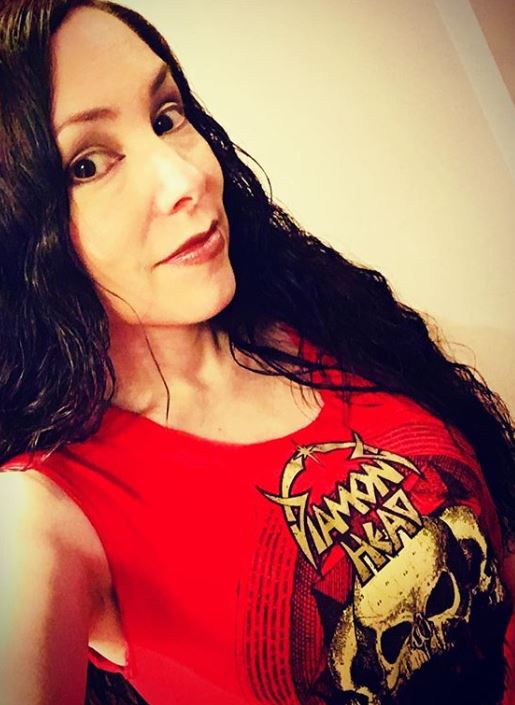 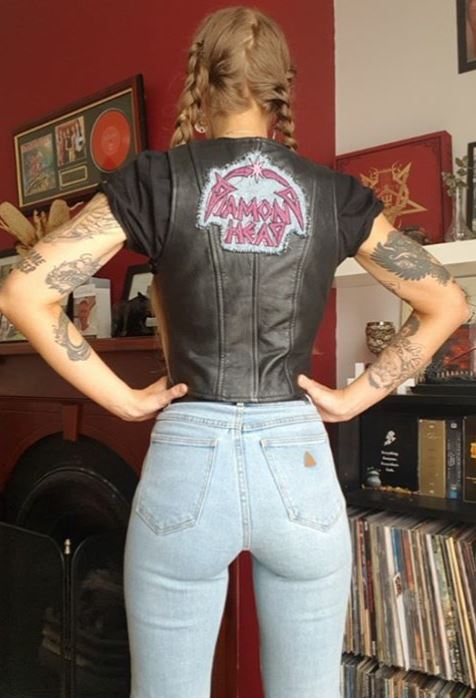 Be the first to review “DIAMOND HEAD: Sucking My Love 12″ [Recorded live at the Reading Festival 1982] Check video.” Cancel reply 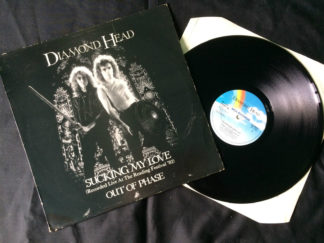