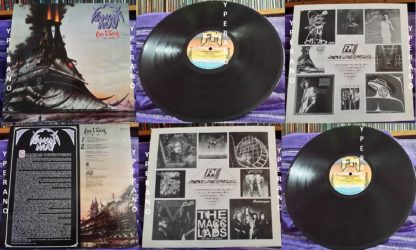 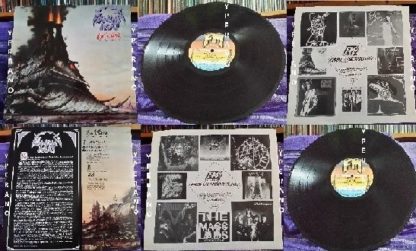 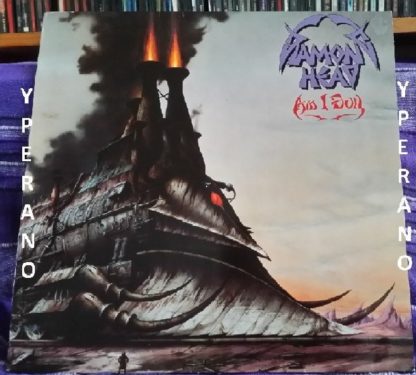 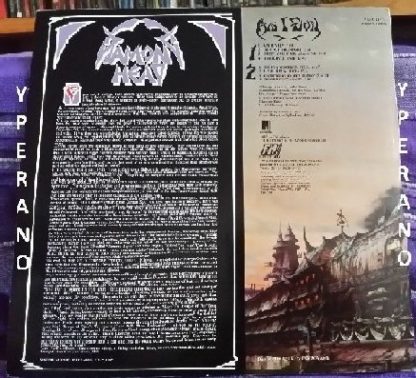 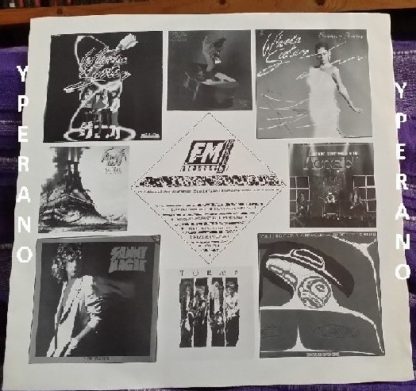 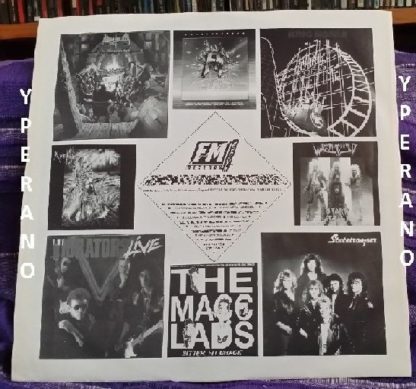 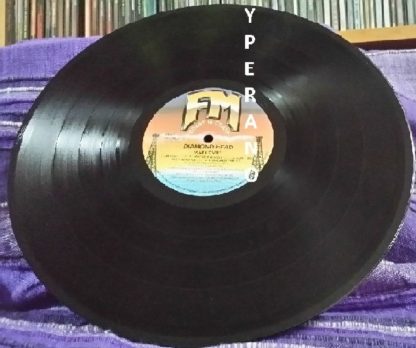 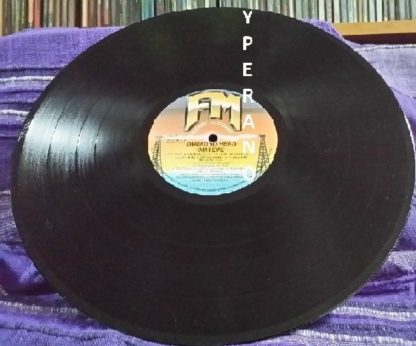 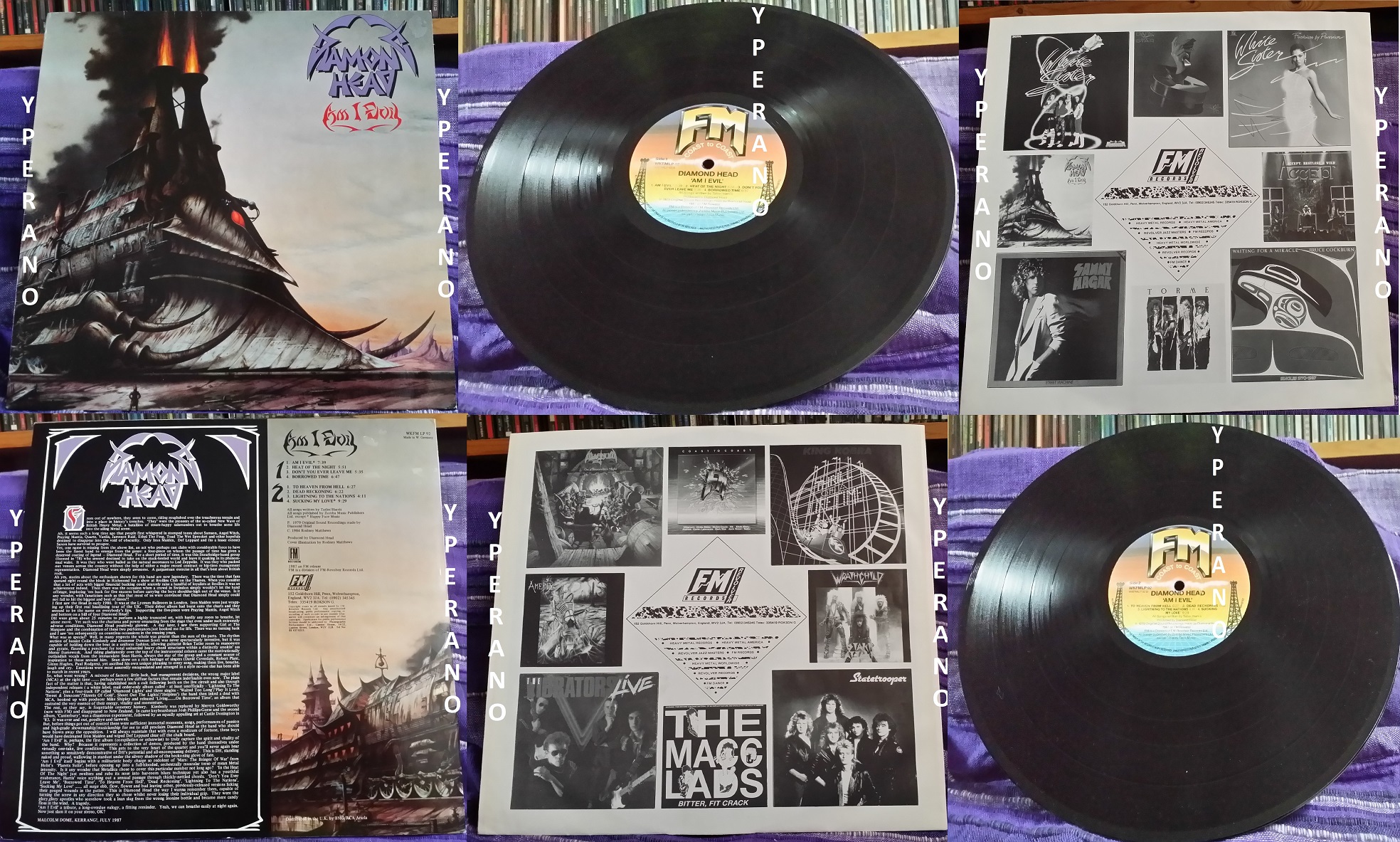 Am I Evil is an album by the Heavy Metal band Diamond Head and was released in 1987 by FM Revolver Records before being re-released by Heavy Metal Records in 1994.

This album contains early recordings of the tracks from Diamond Head’s 1982 Borrowed Time, except “Call Me”, plus two extra tracks “Dead Reckoning” and “Sucking My Love”. The latter was previously released on the bands 1980 debut Lightning to the Nations. The former had already been released on two previous Diamond Head records. It appears on the Four Cuts EP and as a B-side to the single “Call Me”; both were released by MCA in 1982 (however, the 7″ version of “Call Me” was only released in France).

The album is also similar to Borrowed Time by the fact that this album’s artwork was done by Rodney Matthews, a British Illustrator from Somerset who had previously worked with bands such as Thin Lizzy and Scorpions.

The songs off this compilation are much less polished compared to their Borrowed Time versions. Many fans prefer the versions of the songs on this album as many blamed Diamond Head’s previous label, MCA, of trying to over commercialize the band.

B1 To Heaven From Hell 06:34
B2 Dead Reckoning 09:42
B3 Lightning To The Nations 04:14
B4 Sucking My Love 09:32
Total time 56:14
Artwork By [Cover Illustration] Rodney Matthews
Producer Diamond Head
Comes in textured sleeve.
P 1979 Original sound recordings made by Diamond Head
© 1984 Rodney Matthews

DIAMOND HEAD Am I Evil (1987 UK 8-track vinyl LP, a ‘Best Of’ compilation to all intents and purposes, comprising the stand-out songs from Borrowed Time plus their Lightning To The Nations début. Housed in a picture sleeve with superb textured finish and a fitting tribute to the band courtesy of Kerrang! penned by rock critic Malcolm Dome WKFMLP92).

5.0 out of 5 stars If you’re a fan of EARLY Metallica, you’ll love this!
Basically, if you enjoy early Metallica (i.e. circa 1983-84 and the album “Kill ‘Em All”) then you should DEFINITELY get this album. This band is probably one of the biggest influences on early Metallica material, and from what I gather this is still one of Lars Ulrichs favorite bands, if not his TOP favorite. Reflecting this fact, Metallica has covered at least five songs off this album, four of which appear on their cover album Garage, Inc. (the fifth song I’ve heard them cover is “Sucking My Love”); devoting 4 of 27 covers to Diamond Head to me shows their devotion and admiration of this band!
As Lars writes in the liner notes:

5.0 out of 5 stars The Best Of The Best,
I think that this is the best metal LP from the late 70s and all of the 80s(except for master of puppets) this is a true work of art. Too bad diamond head isn’t well known as metallica because they deserve to be.

5.0 out of 5 stars The best !!!
Diamond Head is one of the best bands of the whole NWOBHM scene thats a must have title for all sorts of Metalheads . If you like METAL you have to buy this one .

5.0 out of 5 stars I have a couple of other DH releases as I’ve always noticed the stellar guitar playing by Brian Tatler. Should appeal to fans of Saxon,Motorhead,Iron Maiden and Samson. Their followers are notably Metallica, Flotsam&Jetsam, Danzig, Prong and maybe Metal Church. Highly recommended for all true metal heads.

5.0 out of 5 stars Diamond Head is great! I bought it after I saw that several of Metallicas Garage Days tracks were originally done by DH. I don’t think it is so much metal as it is just good rock music with some crunchy guitar. Lars Ulrich (Metallica) comments in the liner notes that “Diamond Head has more riffs in one song than Black Sabbath has on a whole album”, and hes right. These songs stick in your mind and run a full gamut of intensity – from “Am I Evil”, the rocker always associated to Metallica, to “Sucking my Love”, a convincing and melodic heavy metal ballad (of sorts) with nice guitar embellishments. I highly recommend it.

5.0 out of 5 stars Diamond Head, little known….,
If there was any proof the Gods in the heavens existed, this LP is it. In my personal opinion These are truly Diamond Heads greatest hits. Whether you like the pounding style of “Am I evil” or “Sucking my Love”, Diamond Head truly has a way with music. Why this band never really took off is not for me to say. But if you are a heavy metal fan, then come and listen to the Kings of the Metal mountain. Diamond Head.

5.0 out of 5 stars An early metal masterpiece,
I very much enjoy listening to this classic British metal album. As a musician myself,I can appreciate the effort put in to this work.

5.0 out of 5 stars the origin of heavy metal,
if Metallica looked up to these guys, thats proof enough that these guys are great

5.0 out of 5 stars Every bit as good as Motorhead and Metallica
Metallica basically owe their existence to Diamond Head and a handful of lesser British metal bands from the late 70s and early 80s. This is a great heavy metal album, and something many of todays up and comers could still learn from. It belongs in any true metal heads collection. 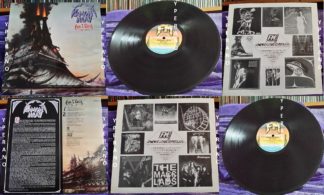