Recorded at Triad Studios, Redmond, WA, late summer 1982.
Track 5 is a bonus track. It was recorded during the “Rage For Order” sessions. The EP only contained the first four tracks.

In 1983, Queensryche exploded onto the metal scene with this EP. A little known band from Bellevue, WA, it was by pure chance that KERRANG! Magazine got their hands on this EP and wrote an article heralding it as the future of metal. The world would never be the same.

All these years later, this EP has aged extremely well. The music takes hold of you once you hear Geoff Tates amazing scream in the beginning of the title track, and it never lets you go. If someone were to hear this music for the first time in the present day, they may not think much of it, but for 1983, it was a groundbreaking release. Backing up Tate are the bands two most important songwriters, lead guitarists Chris DeGarmo and Michael Wilton, as well as Eddie Jackson (bass) and Scott Rockenfield (drums). This lineup would remain the same for the next fifteen years. Geoff Tate, in my opinion, is the greatest rock/metal vocalist of all time.
The title track, ‘Nightrider,’ ‘Blinded,’ and ‘The Lady Wore Black’ are all metal classics that can be listened to thousands of times. In addition to Tates vocals, both DeGarmo and Wilton were already writing and playing some of the most well constructed and creative solos on this record. They were in their late teens/early 20s, but their solos were totally flawless. When this album was re-released in 1986, the bonus track ‘Prophecy’ was added. I have always felt this track was a hidden gem in the Queensryche catalog and I would even say its better than the rest of the tracks on this EP. The solos are full of tremolo action, finger tapping, hammer-ons, pull-offs, and arpeggios. One of my favorite aspects of DeGarmos and Wiltons solos is theres always a healthy balance between technique and feeling. I always felt this was missing in most other metal from the early 80’s.
If you’re new to Queensryche, I would buy this EP along with THE WARNING and RAGE FOR ORDER. 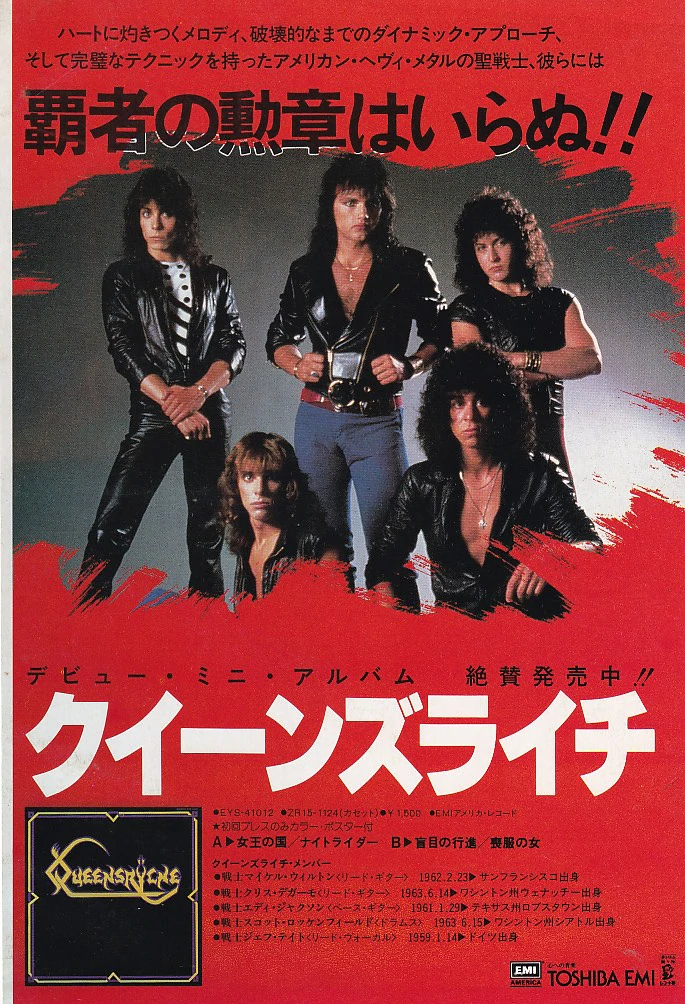 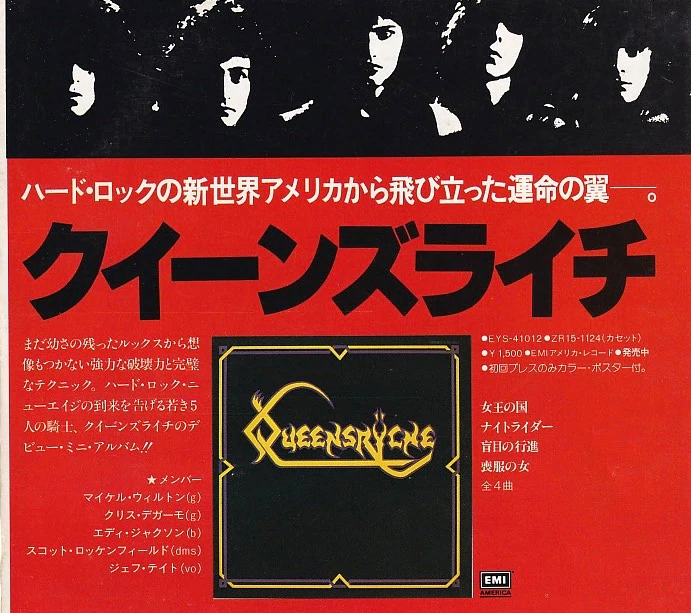 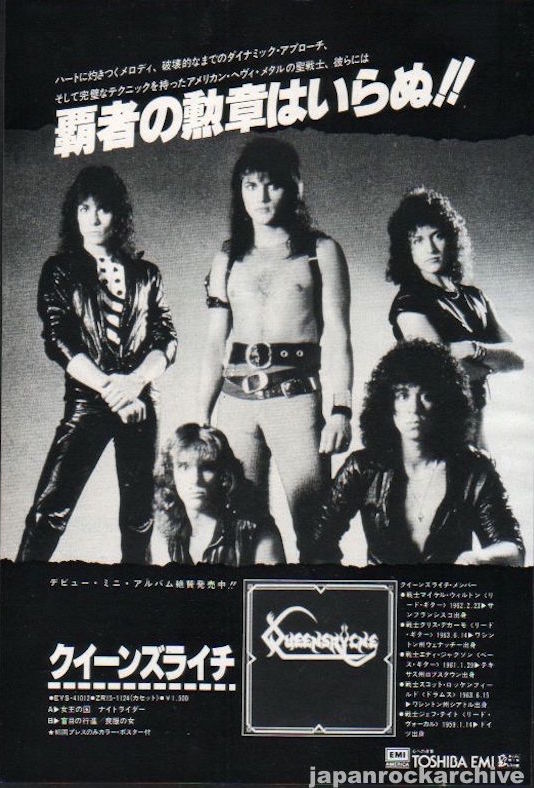 Be the first to review “QUEENSRYCHE: Queen Of The Reich CD E.P + 1 bonus track. original recording NOT the remastered. Check video + an audio reviews.” Cancel reply