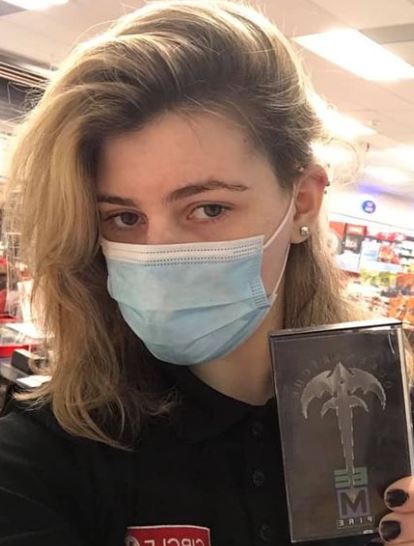 QUEENSRYCHE Empire an audio review of the album:  http://chirb.it/Hz5wnc   or  https://voca.ro/2NQpGm7zqYh

With the breakthrough success and worldwide respect that Queensryche gained from their conceptual masterpiece OPERATION: MINDCRIME, how could the band possibly outdo or at the least match themselves? Just two years after the release of MINDCRIME Queensryche reinvented themselves (though certainly not for the last time). While many fans were clamoring for a conceptual sequel, the band returned to a song-oriented approach that was more art rock and less metal-edged.

Now quite far removed from the fantasy and techno-paranoia lyrical themes of their earlier works, the band tackled overcoming social and physical handicaps (“Best I Can”), poverty, and regret (“Della Brown”). Focused much less on the darker side of love that was always so prevalent in their sound, the bandwas now brave enough to be romantic (“Another Rainy Night”)

and “Hand On Heart”). While Queensryche lost some diehard metal fans with EMPIRE, the mature sound and tight production of Peter Collins (Rush) saw the band break into the mainstream (and top off at #9 on the Billboard singles chart) with the Pink Floyd-inspired “Silent Lucidity”.

Geoff Tate says that the success of QUEENSRŸCHE‘s “Empire” album almost caused the band to break up.

Released in 1990, “Empire” included the hit ballad “Silent Lucidity”, which reached No. 9 on the Billboard singles chart, helped propel “Empire” to No. 7 on the album chart and earned two Grammy Award nominations.

In a new interview Tate was asked how the “Empire” LP’s immense popularity “changed” the members of QUEENSRŸCHE.

“From our first EP, we started making a lot of money, and then gradually more and more and more, and then, by the time ‘Empire’ hit, of course, that was a whole different income level,” he continued. “So now you had to actually spend time thinking about what you were gonna do with your money. Because before, you just put it in the bank, but now you had to think about, ‘Is this the right bank?’ And, ‘Should I move it into these banks?’ And, ‘What’s happening here?’ Because none of us came from any kind of business background.

“It’s funny enough, but when you have success like that and now you have all this money to deal with, there’s a lot of people that are around that jump in and volunteer,” Tate added. “So then you have to weed those people out. [Laughs] So now, you’re dealing with all these things that you’ve never dealt with before, and you’re not dealing with what you normally do, which is you write music. You’re thinking in those terms, and now you’re not thinking of that. So it took us probably three to four years before we actually got back together and made music again. So we really drifted apart. Some people were buying airplanes, and some people were buying real estate and dealing with all those things. So we really separated.

“I never got into music to be famous. I became famous — semi-famous — because of the music,” he said. “So fame was never that important to me. And when we had the ‘Empire’ album, now we had people approaching us wanting to make action figure dolls. They said, ‘This is the next level. This is what you have to do.’ And for me, that was insulting. Remember, this was before the term ‘rock star’ was considered complimentary or before it was an energy drink that you can buy at a 7-11. A rock star, in my generation, was an insult — that was somebody that didn’t have any musical talent; it was a faker — they were just in it for the cameras and the girls and that kind of thing. So I found the whole thing distasteful and didn’t want anything to do with it. And other people in the band were going, ‘You’re crazy. This is what we’ve gotta do. I wanna be an action figure.’ So, you see there was a split in the band at that point — those that wanted action figure dolls and those that didn’t. [Laughs]”

The progressive metal band Queensrÿche reached their commercial peak in 1990 with the release of their double-length LP, Empire. This fourth overall album by the quintet from Washington state, reached triple-platinum in sales, spawned several radio hits, and received a Grammy nomination. The group, which is known for sound re-invention and experimentation, may have taken their boldest step yet by stripping away much of their heavy metal elements in order to concentrate heavier on songcraft.

Queensrÿche was founded in the late 1970s by guitarists Michael Wilton and Chris DeGarmo, who were later joined by bassist Eddie Jackson and drummer Scott Rockenfield in 1980. A year later, the group recorded a demo tape with the assistance of vocalist Geoff Tate, who was a member of a rival band in the Seattle area. After two years of circulating the demo tape, it was finally released as a self-titled EP in 1983, leading to the group’s signing with EMI shortly after. In 1984, the group travelled to London to record their first full-length album, The Warning, which was released in September of that year. Rage For Order followed in 1986, leading to Operation: Mindcrime, a narrative concept album that reaped much critical success upon its release in 1988. This, combined with relentless touring, set the band up for their breakthrough success.

For Empire, the group brought in producer Peter Collins, most famous for working with Rush on a couple of their mid-eighties albums. Together, the band and producer worked to split the difference between popular hard rock and progressive-flavored metal. Although only eleven tracks, nine of these are in excess of five minutes in duration, pushing the overall length to double-album length on vinyl.

Written by DeGarmo, “Best I Can”, launches the album with a dramatic synth intro and spoken vocals until these give way to a choppy synth piano with choir-like vocals in the intro to the first verse. The lyrics examine overcoming odds while suffering a physical handicap. “The Thin Line” is a riff-driven rocker with heavy bass presence by Jackson during the verses, and impressive guitar leads later on. A driving track with accessible riffs and hooks, “Jet City Woman” talks about coming home to family after a long road trip. Written by Tate for his flight attendant wife, this straight-ahead hard rocker was released as a single and reached the Top 40 in the UK.

Empire‘s original second side is where the album starts to get interesting. “Della Brown” is built on the funky bass rudiments with choppy drum beats, reserved guitar motifs and a fine lead melody. While it never leaves its pace or temperament through its seven minute duration, it does employ many long lead and effects sections. This is followed by three tracks which showcase Wilton’s writing and playing. “Another Rainy Night (Without You)” starts with harmonized guitars and settles into a standard, steady rock track, which reached #7 on the Mainstream Rock charts. The title song starts with some answering machine effects and breaks into a groove which is heavier than the preceding tracks. “Empire” is about drug trafficking and the bridge section is complete with a telephone-like voice reading statistics of law enforcement spending versus other expenditures. “Resistance” is heavier yet, at least through the intro. Here, Tate provides high register vocals and the track is also a bit of a showcase for Rockenfield.

The album’s most popular track is also its finest. “Silent Lucidity” starts with DeGarmo’s picked acoustic accompanied by Tate’s fine, reserved vocals. Very mellow with rich production throughout, the song really takes off with the tension-building lead guitar, complete with spoken vocal effects, making the whole thing sad and beautiful at once. The biggest hit for the band, “Silent Lucidity” peaked at #9 on the Billboard singles chart and topped the Album Rock Tracks chart.

“Hand On Heart” features duo guitars and bass along with an interesting arrangement which surrounds the basic rock format, while “One and Only” is a choppy rocker that has a bit of a Journey-vibe to it. Rounding out the album is “Anybody Listening?”, a dark-tinged track that is slow and methodical for maximum dramatic effect. The arrangement weaves in and out of prog rock and metallic ballad modes and includes a slight, fretless bass, which adds a nice effect to close everything out.

Empire peaked at number 7 in the US and sparked a massive headline tour for Queensrÿche. While the group had continued success through the early nineties, they would not peak at this level again.

Empire took Queensrÿche further in the commmercial direction, that Operation: Mindcrime had hinted at. It also showed a mature band, handling interesting subjects and this, along with a sound that is both clinical, musically, and warm, vocally, gives the album a very special atmosphere.

The incredible drive and energy of Best I Can opens this classic in a truly inspired way, and right through to the final epic emotional punch delivered by Anybody Listening?, the album showcases one special song after the other.

Empire is one of those albums I know, will never run out of steam, as it feels so complete, so filled with convincing emotions and timeless lyrics, which remain relevant, even close to 30 years after they were written. Empire is an amazing achievement.

If you have somehow missed this gem, do yourself a favor and check it out and discover what serious music can be. There has never been another album quite like this one. 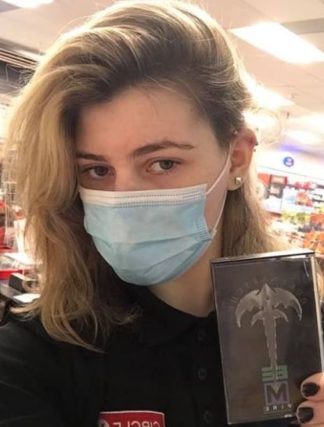