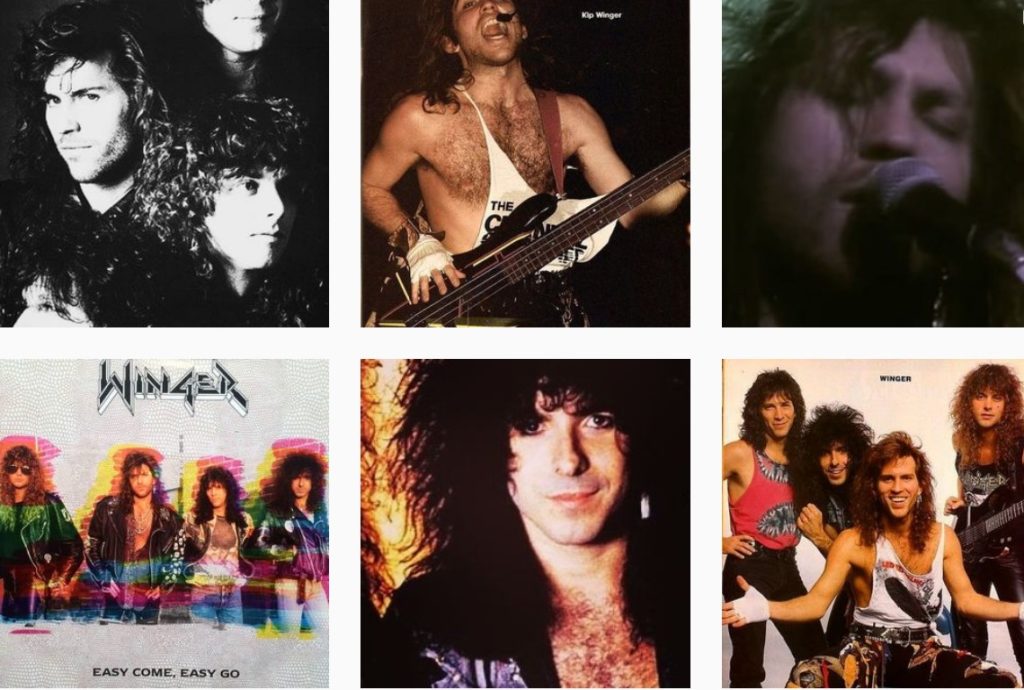 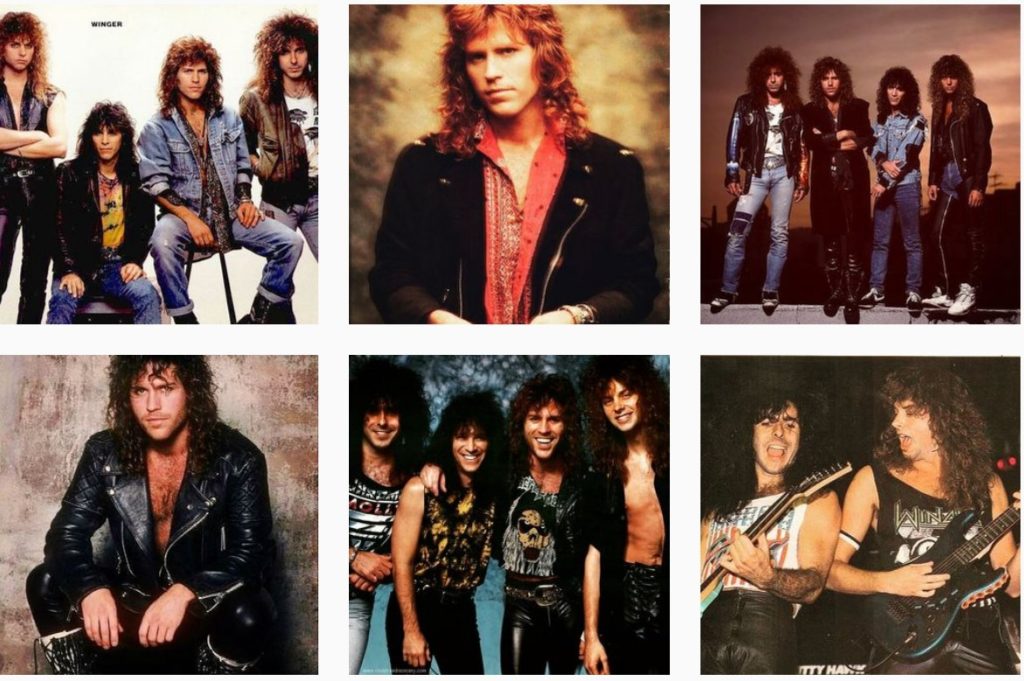 In the Heart of the Young was the second album by American glam metal band Winger. It was released by Atlantic Records in 1990.
Musically, In the Heart of the Young followed closely in the footsteps of the band debut album. Once again produced by Beau Hill, the album features hook driven, progressive-tinged, radio friendly pop metal. There are, however, also some notable changes from the debut. In the second half of the album the lyrics take on a more serious approach than was typical for the genre and the band also stretches out into longer and more complex progressive passages than on the first Winger album.

The album was certified platinum and produced such hits as “”Can’t Get Enuff””, “”Easy Come Easy Go”” and “”Miles Away””, the latter of which made the Top 20 at Billboard single chart. According to Kip Winger, “”Can’t Get Enuff”” and “”Easy Come Easy Go”” were late additions to the track listing, written because it was felt there were not enough rock songs on the album. The album itself peaked at #15 at the album chart.

Winger followed the release of the album with a 13 month world tour, playing with KISS, Scorpions, ZZ Top, Extreme and Slaughter. 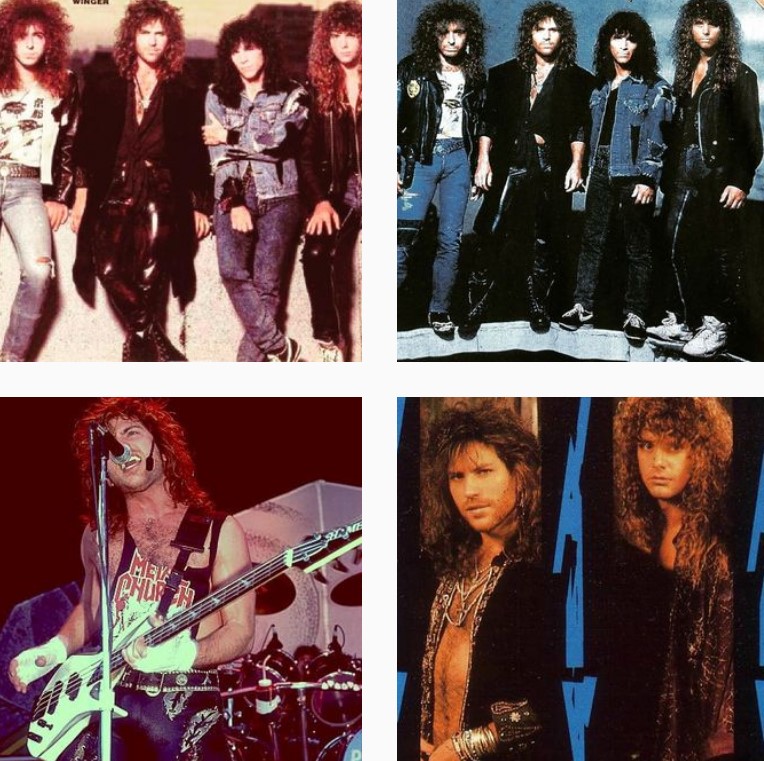 Winger’s debut was an immediate commercial and critical success, selling in excess of a million units and making frontman Kip Winger’s chiselled look a household name, rivalling even the popularity of Jon Bon Jovi. At that point in time almost every teenage girl in the USA probably had a poster of him adorning their bedroom wall and every aspiring male rocker wanted to lead a band just as good as his. For this follow-up album, Kip retained all the positive points of his debut’s success, with no changes to either band members or his producer Beau Hill, except that this time around they elected to record in Los Angeles rather than New York City. Musically, “In the Heart Of The Young” followed closely in the footsteps of the band’s debut, however all was augmented to the stratosphere: bombastic, catchier, sharper, bringing together 11 tracks of superior Melodic Rock / AOR goodness. The sound is BIG, the hooks are huge and the songs were as every bit on the money as first time around. Kip’s familiar husky roar wraps itself around classic tracks such as “Can’t Get Enuff”, “Easy Come, Easy Go” or “Miles Away”.Reb Beach’s work on the six strings is phenomenal, whilst the rhythm section pounds away in a manner befitting some of the world’s most successful melodic hard rock acts like Whitesnake and Def Leppard.“In The Heart Of The Young” is simply terrific. It’s easily ranked amongst my favorite 50 Top albums of all time. It’s vibrant, glossy, pumpin’, cheesy at places if you want, but it’s that kind of records impossible to reproduce in the recording studio nowadays. The sound is awesome.While any Melodic Hard Rock / AOR fan already must own a copy in its collection. “In The Heart Of The Young” is pure gold. A MUST HAVE.01 – Can’t Get Enuff02 – Loosen Up03 – Miles Away04 – Easy Come Easy Go05 – Rainbow In The Rose06 – In The Day We’ll Never See07 – Under One Condition08 – Little Dirty Blonde09 – Baptized By Fire10 – You Are The Saint, I Am The Sinner11 – In The Heart Of The YoungKip Winger – vocals, bass, keyboardsReb Beach – guitars, vocalsRod Morgenstein – drums and percussionPaul Taylor – guitars, keyboards, vocals 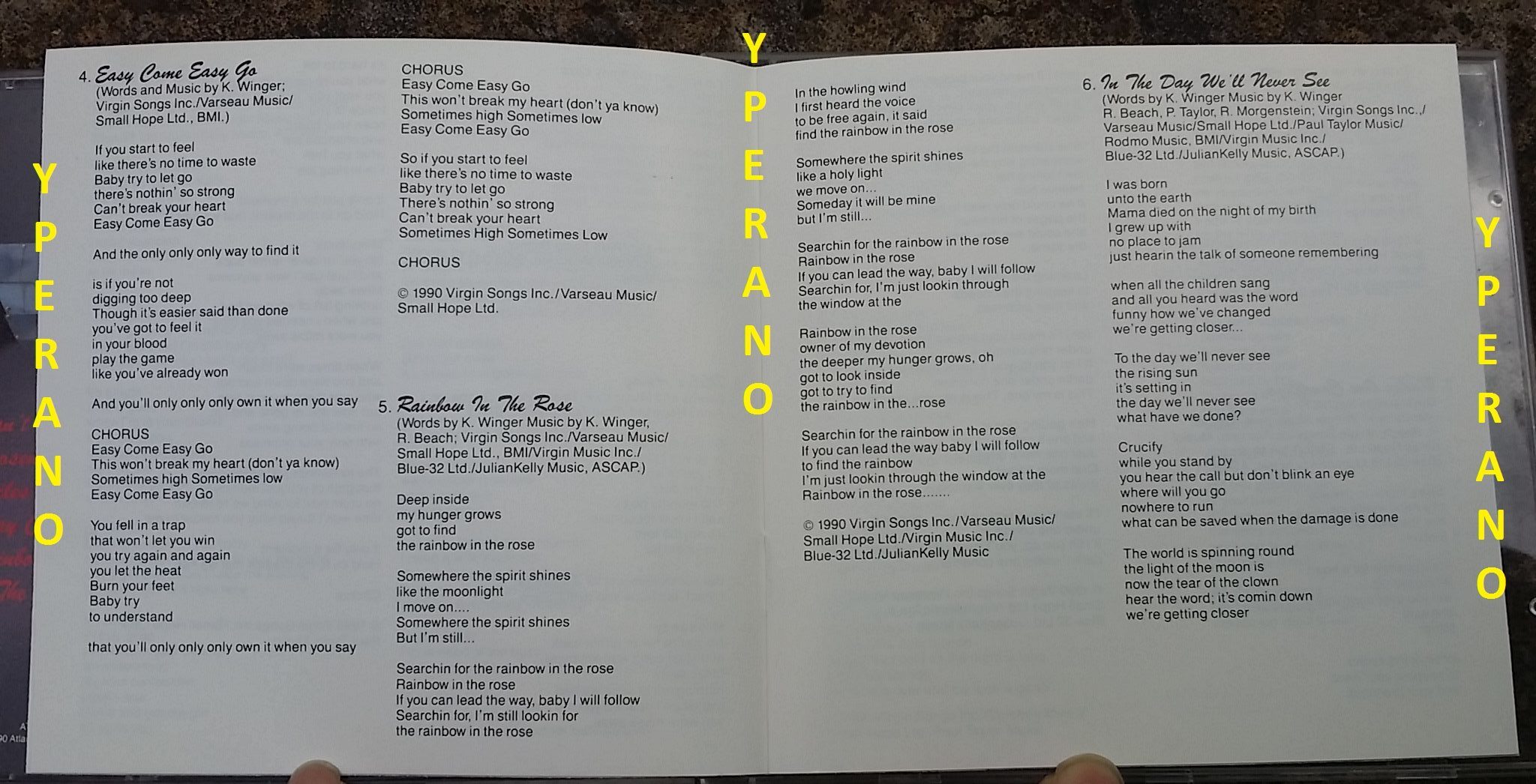 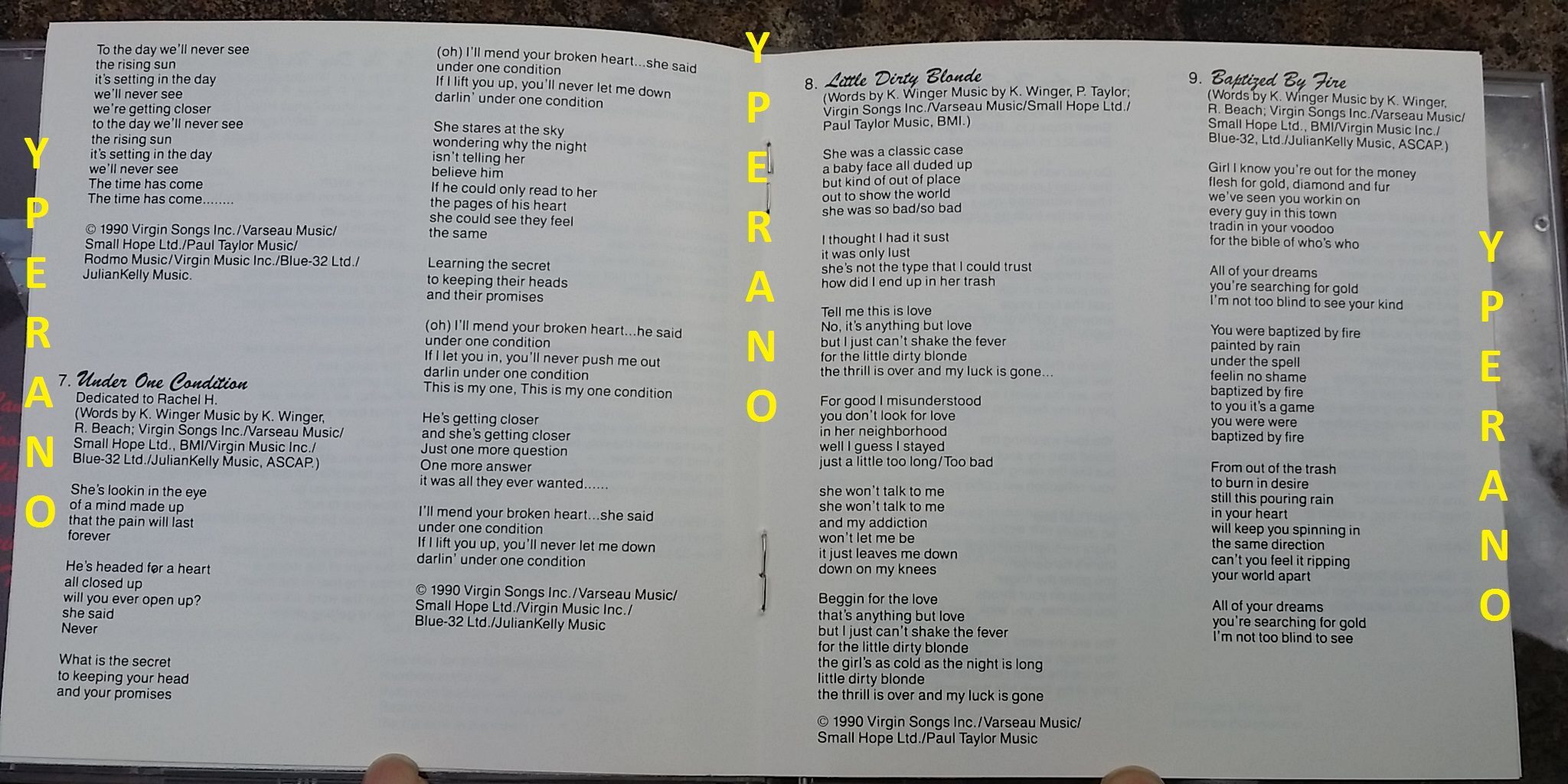 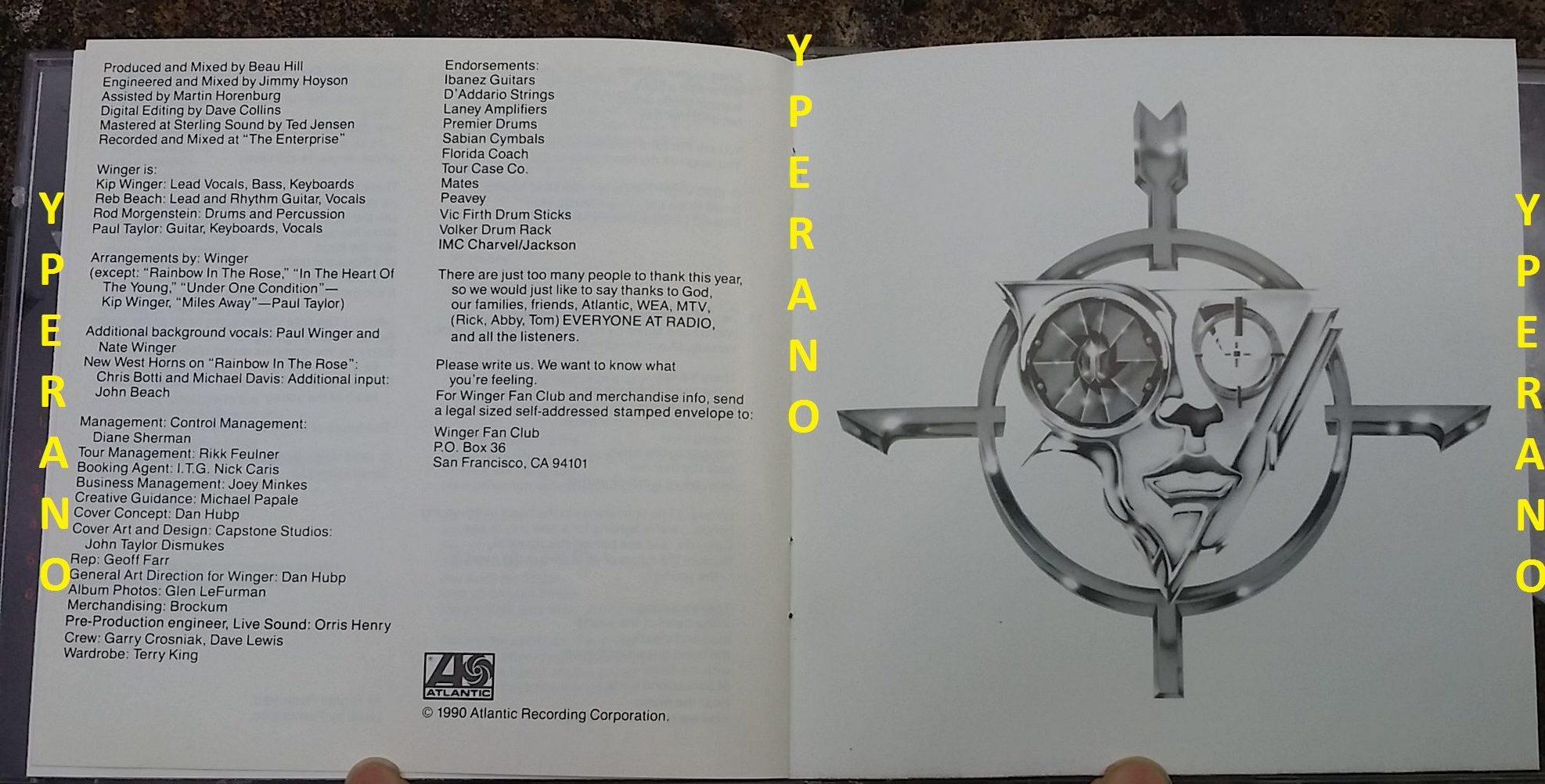 With the Seattle explosion on the horizon the odds were stacked against them – and any band having their record produced by hair-metal guru Beau Hill – but tracks such as Rainbow In The Rose showed that with In The Heart Of They Young the band had achieved clear artistic growth.

In The Heart Of The Young features in Classic Rock’s 100 Best Albums Of The 90s, which feature in issue 247 of the magazine. Below, Kip Winger looks back at the album…

What goals did Winger set themselves with In The Heart Of The Young?

[Laughs] I had no specific goals. Back then I largely didn’t know what I was doing. Nobody had expected us to sell two million copies of the debut, and we sold close to a million of the second one. Direction-wise, the band felt like it was time to do something that was a little more progressive.

Rainbow In The Rose ticked that box, but did less discerning listeners just think it was more of the same?

The album was way bigger in Europe than it was in the States, and I consider European fans to be way more attentive listeners, so that maybe says a lot.

What about Beau Hill’s production on the album?

It’s perhaps a little light, and grunge music was on the horizon, so it got caught in the crossfire. There was too much sampling on the drums. I’d like to remix it some day and boost the rawness.

Upon hearing the album, Atlantic Records’ verdict was that there wasn’t a hit on it.

Given the time the album came out, I still think it did pretty good. Shortly after we put it out we didn’t know that it was doomed, though we knew that we were.

Are there any songs from it that you now play through gritted teeth?

Little Dirty Blonde is my least favourite song of ours. It might have been cool if it had been recorded by Van Halen. We played it okay but didn’t really capture the swing it needed. It’s a little too slick.

Kerrang! called you “the blowdried Bee Gee”, and you got some bullying from Metallica. Can you now look back at that and smile?

I can certainly see why it happened. I had a background in ballet and theatre and I was quite flamboyant. I was intentionally trying to put a muso-type band around a David Lee Roth or Paul Stanley-style frontman, and nobody really saw that.

Be the first to review “WINGER: In the heart of the young CD 1990 original. Check videos “Can’t Get Enuff”, “Miles Away”, “Easy Come Easy Go”!” Cancel reply