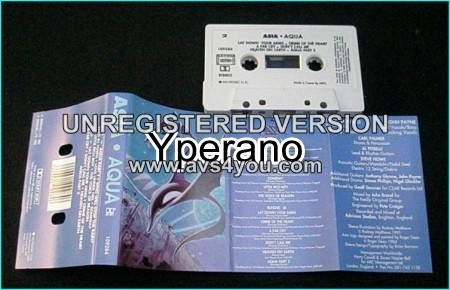 Aqua is the fourth studio album by British rock band Asia, released in 1992. It was the first album with longtime vocalist and bassist John Payne.

Background
In April 1991, original vocalist and bassist John Wetton departed from Asia, discouraged by the group’s lack of success in the United States. He was replaced by John Payne, who accepted an invitation from keyboard player Geoff Downes to join the group. This duo would eventually lead Asia through to 2006. Although being in an official capacity, two other co-founders, guitarist Steve Howe and drummer Carl Palmer, were involved sporadically, as Howe returned during the sessions having just left Yes again, and Palmer would leave soon, committing to a reunion of Emerson, Lake & Palmer. The line-up was completed by American guitarist Al Pitrelli, who collaborated with Alice Cooper from 1989 to 1991. Several additional musicians were invited as guests, including drummer Simon Phillips.

Production
Aqua was recorded at Advision Studios in Brighton, England, and produced by Downes. The cover artwork was designed by Rodney Matthews, known for his work with Eloy and Magnum among others, and featured the group’s logotype designed by Roger Dean, who had created the covers of all previous studio recordings.

“Love Under Fire” was composed in summer 1988 by Downes and Greg Lake under the project named Ride the Tiger. The album contains four songs co-written by Johnny Warman.

Release
Aqua was released on 8 June 1992 in the United Kingdom by Musidisc and 15 September 1992 in the United States by Great Pyramid Records. The U.S. edition features a modified cover and different track listing, in which “Little Rich Boy” is omitted.

Aqua is a musical masterpiece and placed ASIA back to the top of their game in the early 90’s. “”Who will stop the Rain”” and many other tracks on the album are quite simply superb. Payne and Downes are an awesome combo and album after album have proved to be the best at what they do – writing great meaningful, sweeping, and powerful music. Buy the rest of their albums since (especially ‘Aura’) and you won’t be disappointed. Aqua is a must have album. This was the first studio album with John Payne. He had started working with Geoffrey Downes in 1988 on session work.
The albums open with an acoustic guitar solo from Steve Howe. Carl Palmer also returns for a while, making it another 3/4 of the original lineup. John Payne makes Asia his own, reinventing it for the ’90s. To boot, “”Aqua”” didn’t even chart here (though it went to #1 in Japan), with grunge changing the rules. Asia prevailed to a loyal following since with Payne & Co.

5.0 out of 5 stars Great album
This is a great album from the New style Asia in fact out of the 8 albums I own by this super group this is definitely one of my favourites.The remastering by SBV Germany is excellent in fact any artist you see on this label rest assured you will be getting fantastic sound quality well done to this label.The album is full of strong songs and the whole band have made a really good solid album here,compared to other Asia albums like Aura.Aria,Silent Nation etc this album is of a more up tempo nature in sound both in acoustic,electric guitaring and keyboards all in all a great solid album from Asia.If you want to start listening to the new Asia I would start here with this album then next Archiva 1&2 then Aria then just get them all there all great. Dont be put off cos John Wetton is not in this line up trust me Asia sound great and the quality of there music stands up as is.Hope review is of some help to you. 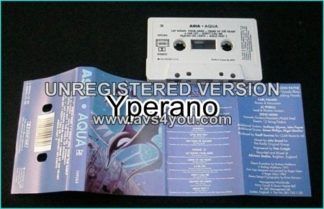