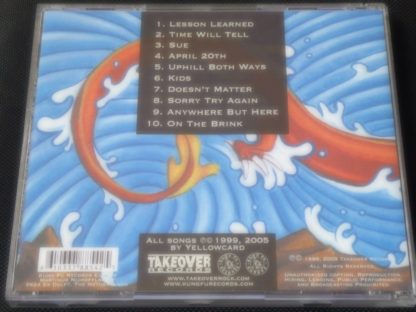 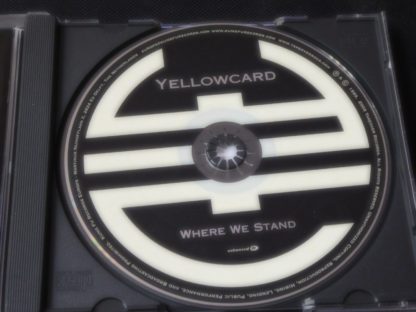 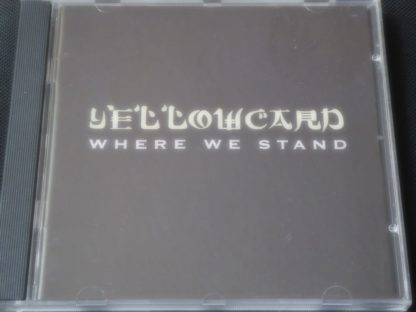 Where We Stand is the second album by American rock band Yellowcard. It was released in 1999 (and re-released in 2004 and 2005). It was released by Takeover Records, a label created by one of the bands guitarists, Ben Harper. It is currently out-of-print. This is the last release to feature vocalist Ben Dobson which position would be taken by guitarist/vocalist Ryan Key. The songs “Sue” and “Uphill Both Ways” were both on Yellowcards first album, Midget Tossing.

“Sue” and “Uphill Both Ways” were previously released on their first album, Midget Tossing.
“On The Brink” has a hidden track starting at 5:33.

If you are a fan of yellow card and want to hear some of there old albums buy this, this IS NOT a new album, it is merely a re-release of the Where We Stand album
=======================================================
[2005 reissue] Believe it or not, Yellowcard haven’t always been token pop-punk MTV darlings and Where We Stand takes you back to those humble beginnings of the late 1990s. Those humble beginnings included a vastly different sound from what the band is putting out today; its not a complete 180, but save the inclusion of the violin in various spots, you’d be hard pressed to say theyre the same band. Ben Dobson and Todd Clary had a lot to do with their sound of old, as the singer and guitarist, respectively, are no longer in the band, but its those two musicians who put all the bite in back then that the band is currently lacking. Dobsons scruffy, rough-around-the-edges vocal approach gave this band some toughness that its sorely lacking in their current incarnation. The gritty guitar playing fuels a lot of these songs, and instils energy and a genuine urgency that is no longer apparent. This was a much different band. There’s a lot of challenging rhythms coming from Clarys direction, and he also contributes a fair amount of backing vocals throughout these 10 songs that show the band in a much more genuine and talented light than they appear in now. Time Will Tell shows off some great guitar work from Clary, and the early integration of whats now their staple, Sean Mackins violin work. Theres a real energy and vigor to it, and its still used too sparsely to be considered anything special, but when its included, it has the ability to add that extra something to a song that would have otherwise been pretty generic. Kids is probably the best track on the album, with some great starts and stops, and extremely fluid guitar and drum interplay between Clary and their drummer. That interplay is just not something found in any of Yellowcards later recordings, because the focus is much too formulaic to give any individual members, save the occasional violin spot, a chance to show their talents. For you Yellowcard fans, youd do well to pick this up and see where the band has come from. The rest of you very well may enjoy this as well; its a nice jolt of punk rock with some youthful enthusiasm to boot