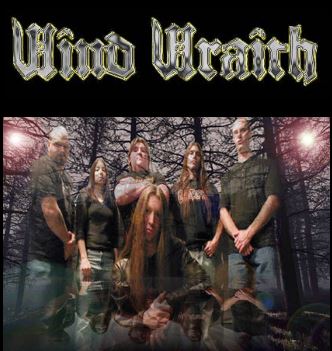 NY`s Metal machine was in formed in August of 2000 by guitarist Patrick Blair with one overriding objective; bring True Metal back to the masses! Aiding him in this noble quest are Diana Dellasala on rhythm guitar, Brian Fingerhut on lead guitar, bassist Brian Hobbie, drummer Rob Maresca and Scott Olivia vocals. “The Fortune Teller?s Gaze” is was originally released [to rave reviews] in late `01, creating the Metal masterpiece they had intended. This is an original copy!! From the Bluesy riffing of the title track, the NWOBHM-feel of “Watching Over Me” to the `80s` Bay Area Thrasher “Millennium Horror”, the Manowar-like “Wind Wraith” and “High Hopes: The Amityville Murders” [which deals with the actual murders, not the fraudulent ghost story concocted around this tragic event], this CD is a tribute to the days of Metal`s past and present. But is Wind Wraith little more than a glorified tribute act? Far from it! The band are merely wearing their influences proudly on their sleeves, but at the same time giving the tunes their own personal stamp. That the 6 musicians are all top class players who love what they do doesn’t hurt either! Many peoples favoured song is the epic “Ancient Tales”, but the whole album is a winner from start to finish.