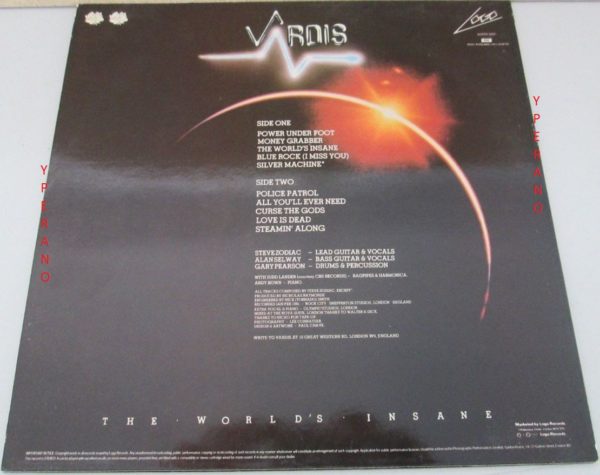 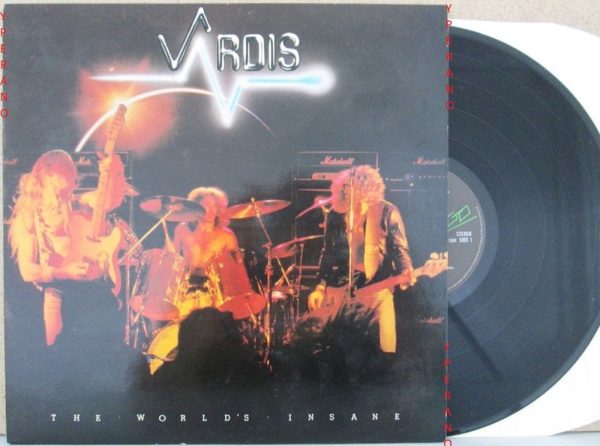 1981 British METAL LP.  Vardis were a pioneering three-piece new wave of British Heavy Metal between 1978 and 1986. They were from Wakefield in England, and consisted of frontman Steve Zodiac on guitar and lead vocals, Alan Selway on bass and Gary Pearson on drums. Original Vardis records are rare and are valued highly in most record collector’s books and guides.

Full-length, Logo Records 1981
Second full length album, but first to be recorded on studio since 100 MPH was recorded live. The debut album ‘100 M.P.H.’ made it quite clear that Vardis was a real live band, but for the second album they couldn’t really release another live album and therefore they went into the studio to work on successor ‘The World’s Insane’, which would see the light of day in 1981.  ‘Curse The Gods’ and ‘Love Is Dead’ there are few songs that are really worthwhile checking out. Also the Hawkwind cover ‘Silver Machine’ makes a big impression. 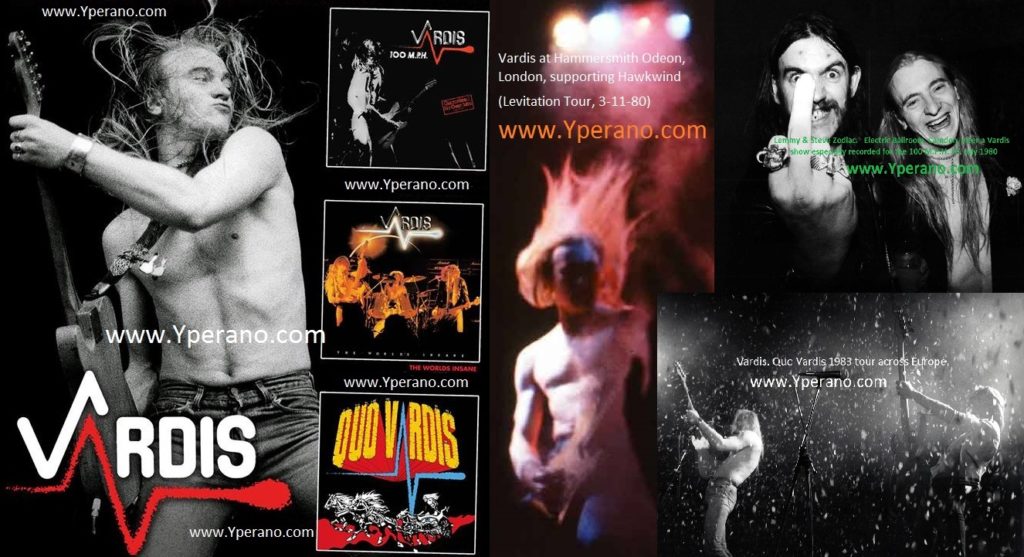 Created in 1977 by guitarist Steve Zodiac, a name adopted from the lead character in Gerry Anderson’s early 60s ‘Fireball XL5′ Sci-Fi puppet series, as QUO VARDIS after the movie of the same name. The QUO prefix was soon dropped from the band name to avoid confusion or comparison with STATUS QUO. VARDIS carved out their distinction on the NWoBHM scene as a boogiefied Power Metal band heavily reliant on the talents of Zodiac, well known for playing gigs barefoot. VARDIS’ first EP ‘100 M.P.H.’, released in 1979 on Redball Records, sold out of the initial 2000 copies quickly enough for the band to release another single, ‘If I Were King’, on Castle. Shortly after the second record emerged the trio (completed by bassist Alan Selway and drummer Gary Pearson) were signed by Logo Records. Logo wasted little time in issuing debut product from VARDIS and, towards the end of 1980, ‘100 M.P.H.’ emerged. The album was recorded totally live, displaying VARDIS’ talents to the max and the ensuing ‘Let’s Go’ single achieved a top 60 placing in the UK singles chart as the band hit their stride. The band’s next album, the studio recorded ‘The World’s Insane’, kept up the momentum.
VARDIS were invited to open the momentous Port Vale ‘Heavy Metal Holocaust’ event, which saw them followed onstage by FRANK MARINO, RIOT, TRIUMPH, OZZY OSBOURNE and MOTORHEAD. However, with third album ‘Quo Vardis’ the band chose to herald a new era of experimentation, utilising both saxophone and piano. VARDIS fans did not appreciate the change in direction and began to drift away. Despite putting in a UK support tour to SLADE and even playing second on the bill to HAWKWIND at the Wolverhampton Monmore Rock Festival, sales slumped and the act were promptly dropped by Logo Records. VARDIS made a comeback album, “”The Lion’s Share””, in late 1983 with ex-DIRTY TRICKS and OZZY OSBOURNE bassist Terry Horbury replacing Selway. Another stab was made in 1986 with the “”Vigilante”” album.

Taking the unorthodox route of releasing a live album as their debut had reaped great dividends for boogie metal trio Vardis, who quickly found themselves singled out as the New Wave of British Heavy Metal’s official pub band. Optimistically, this meant they were being recognized as the best purveyors of ’70s-inspired hard boogie, but the harsher reality saw Vardis becoming hopelessly stereotyped as the opening act of choice for other New Wave of British Heavy Metal heavyweights such as Saxon and Iron Maiden. Possibly realizing they needed to make a play for greater legitimacy, it was therefore decided by both the band and their label, Logo Records, that record number two, This World’s Insane, should be recorded in a proper studio. Released a mere six months after said dÃ©but in the spring of 1981, the album did indeed show some sonic refinements over its predecessor, keeping the vital electricity captured in the earlier set. Standout tracks like “Power Underfoot,” “All You Ever Need,” and “Police Patrol” (bagpipes and all) were also harder to come by, and while blaming this on Vardis’ limited bag of musical tricks seems like the obvious answer, this excuse was never thrown at AC/DC or Motorhead. One of the album’s gutsiest moments wound up being a cover of Hawkwind’s “Silver Machine”.

Continuing the trawl through the NWOBHM days, here’s a band for ya! Vardis. Oh yes. Who remembers Vardis then? Shame on you if you were around in those far away halcyon days when bands like this were springing up in every nook and cranny. However Vardis had more talent and musical ability that most, although like many of their counterparts of the time didnât make it as big as they should have done. Vardis originated in Wakefield (that’s in Yorkshire folks) sometime around 1978 until disbanding in the mid-80’s. In between that time they build up a healthy following and some recording output which is now quite hard to find. Main man Steve Zodiac (Fireball XL5 anyone?) could most certainly play guitar and play it very fast. Might have something to do with their debut album being called 100MPH. In addition to Zodiac the band was made up of Alan Selway (bass) and Gary Pearson thumping the tubs. Frantic gigging soon gained them a reputation of a live act not to miss not least because of Zodiac’s guitar work but also his stage look. Barefoot, bare chested, long blond hair. Musically it was somewhere between Motorhead, Hendrix and a bit of glam too. An attempt to capture the frenetic live shows was made with the release of 100MPH a debut live album. Got them noticed too and they took the stage at the Heavy Metal Holocaust held at Port Vale’s football stadium in 1981 with such heavy metal luminaries as Ozzy Osbourne, Triumph and Mahogany Rush. A second album was released by the name of The World’s Insane though then the not-unfamiliar rock band curse of management difficulties started to eat away at things with the end coming a few years later. Vardis dissolved in the mid 1980’s amid lengthy legal disputes with former management. The Worlds Insane is most certainly worthy of exploring. 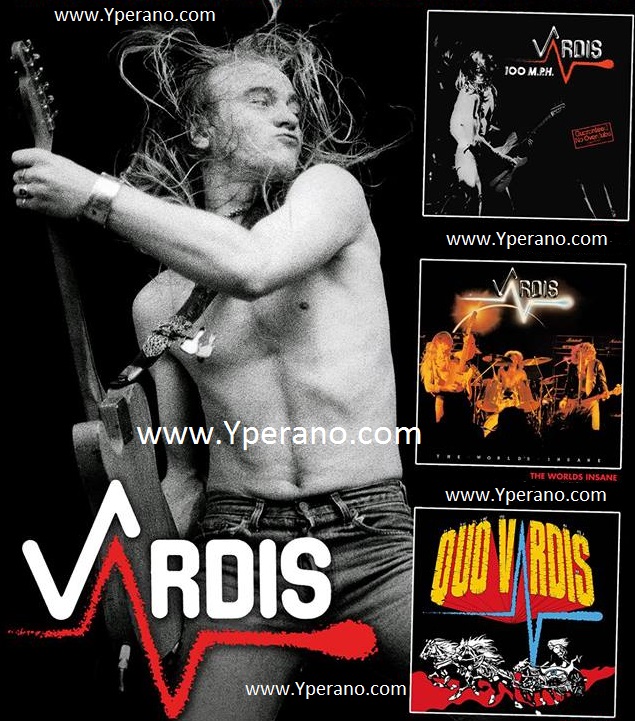 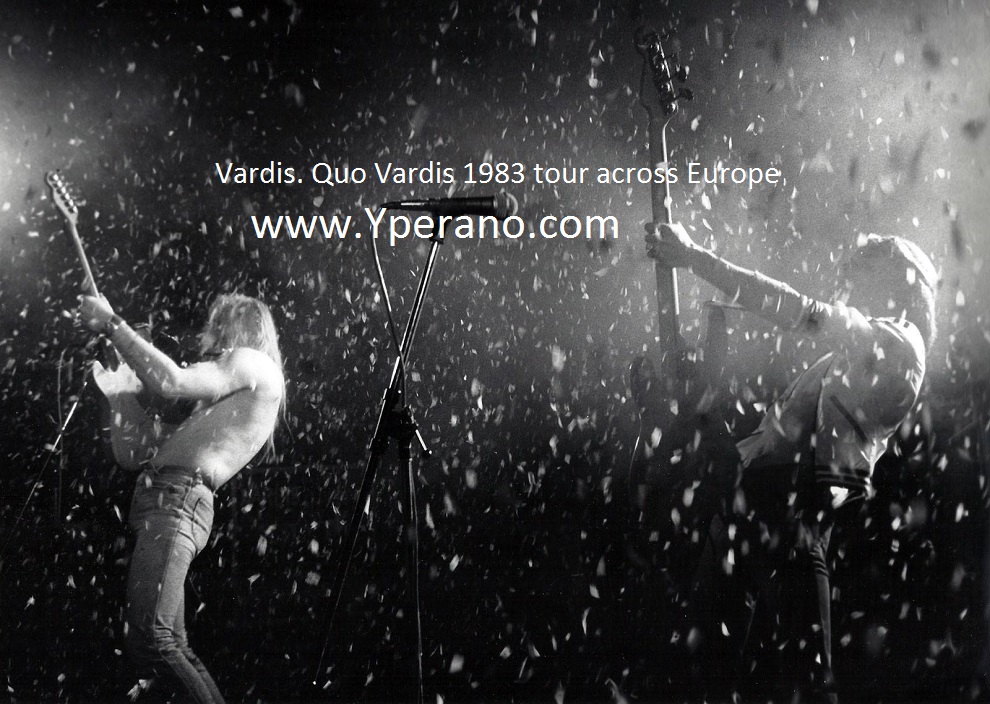 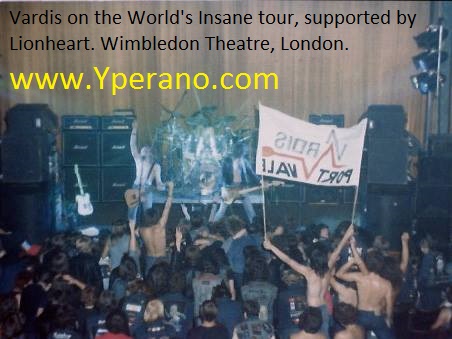 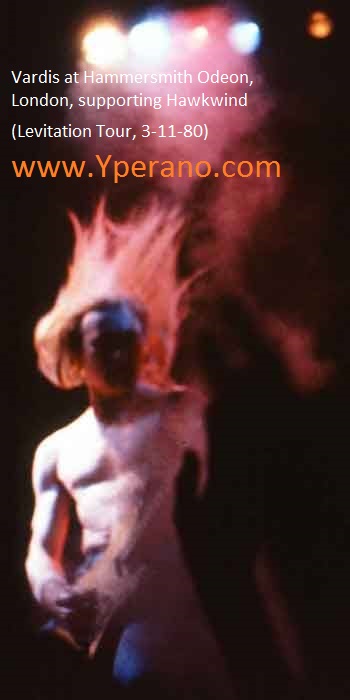