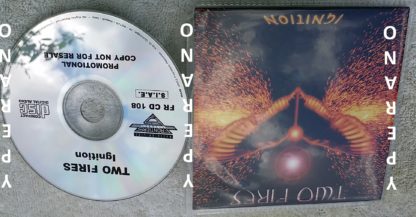 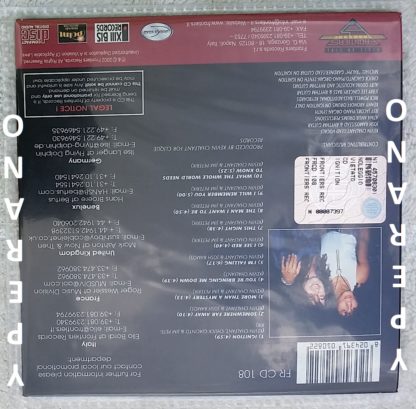 TWO FIRES are back with the second chapter of their story Another fabulous example of pure melodic rock in the vein of Journey, Boston, Foreigner and classic Bryan Adams. Recorded and produced by Kevin Chalfant in his own Clique Studios, near Chicago, “Ignition” sees the songwriting contributions of Mr. Melody himself: Jim Peterik (Survivor, Pride Of Lions,  38 Special, Cinderella, Sammy Hagar and countless others). Jim contributes to “Ignition”, “More Than a Mystery”, “I See Red”, “This Night”, “The Man I Want To Be” and the amazing super ballad “What The Whole World Needs To Know”. All other songs are written by Kevin with Josh Ramos, except “You’re Bringing Me Down” written by Kevin alone. Musicians on the album include Jeff Jacobs (Foreigner) on keyboards, Atma Anur (Steve Perry, Vicious Rumours, Tony McAlpine) on drums, Rick Powell on bass and Alby Odum on rhythm guitars. 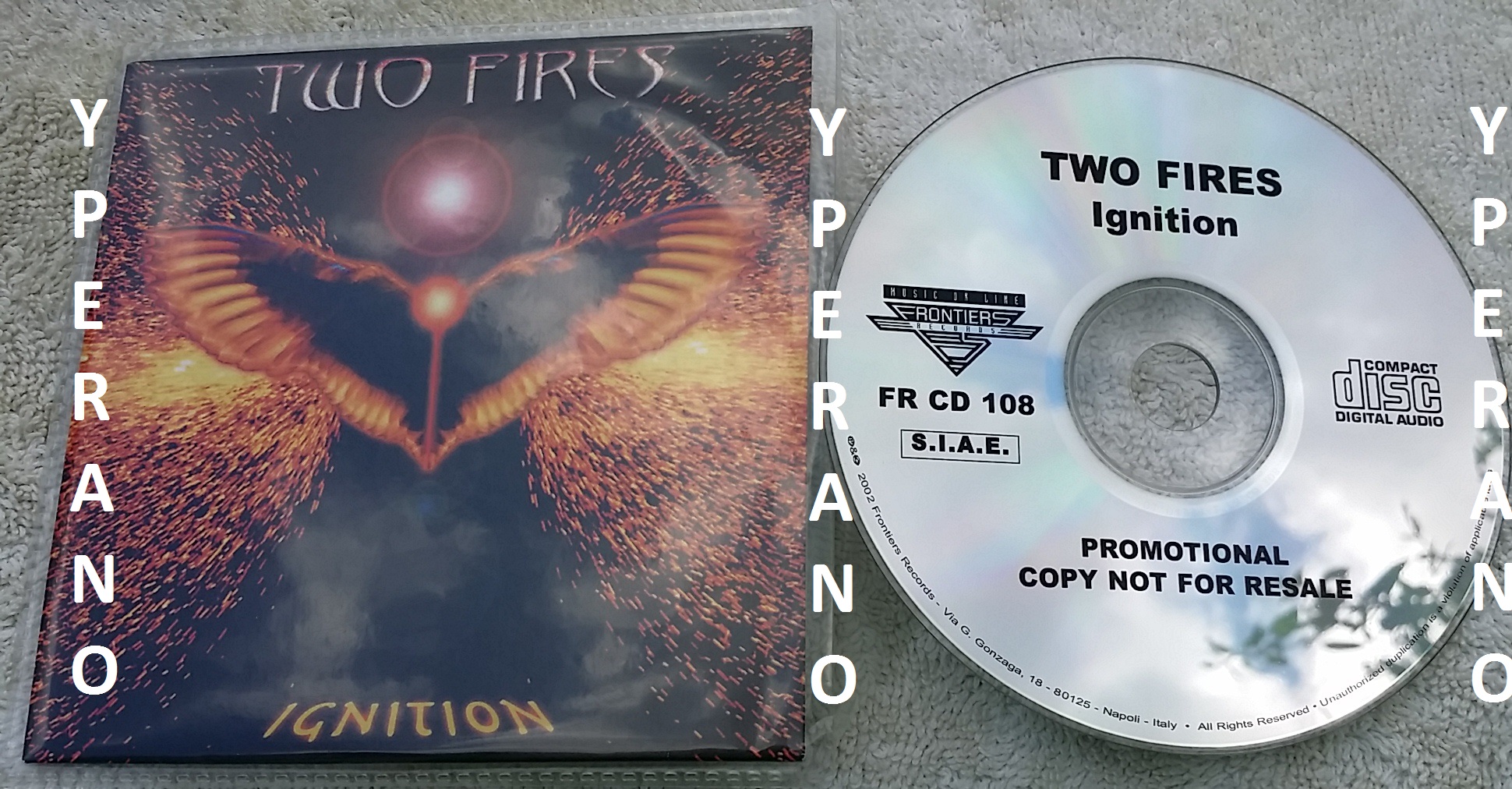 Jim Peterik (Survivor, Pride Of Lions,  38 Special, Cinderella, Sammy Hagar and countless others) The founder of the band Survivor, he co-wrote the anthem “Eye of the Tiger”

The first Two Fires-album was a big favourite among the melodic rock fans, and fair enough, it was a good album. “Ignition” follows the same path of classic AOR tracks in the vein of Journey. After listening to the first half of the record I was sure that we have an “album of the year” candidate here, the first few songs are that good. Jim Peterik (of Survivor fame) is very involved as a co-writer on most of the tracks here, and his style makes the songs sound a little less Journey-esque than those on the first album. Opener “Ignition” is very much in the Survivor vein, and the same goes for “I See Red”, which reminds me of the “grittier” side of Survivor. He has also co-written “More Than A Mystery”, a great AOR-number, which has touches of Foreigner, Survivor and Journey…”Classic AOR” or what? After the six first songs (also including “Somewehere Far Away”, an uptempo AOR track, “You’re Bringing Me Down”, a cool rocker and the ballad “I’m Falling”), the remaining four tracks are standard top AOR material. 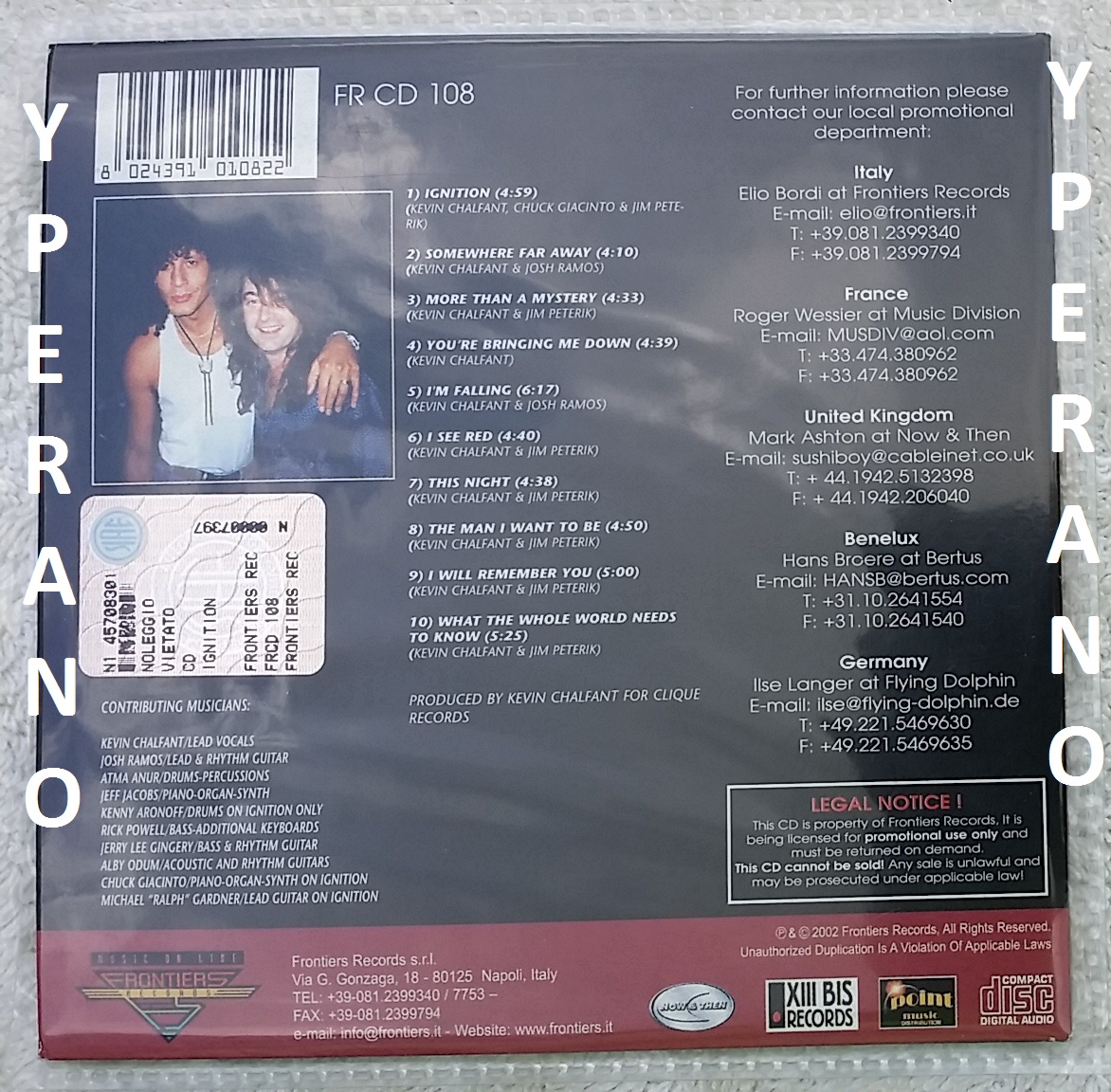 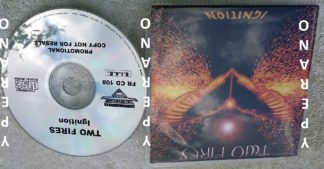