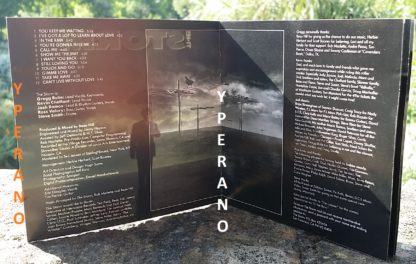 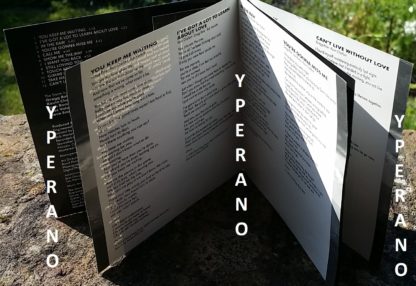 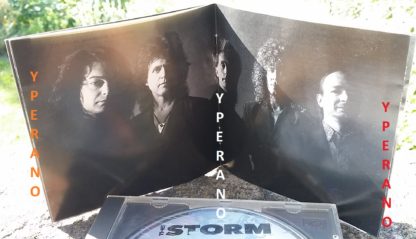 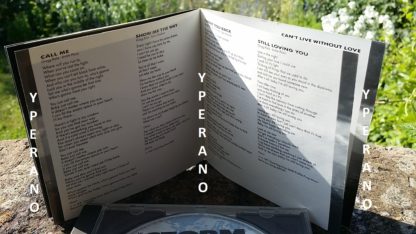 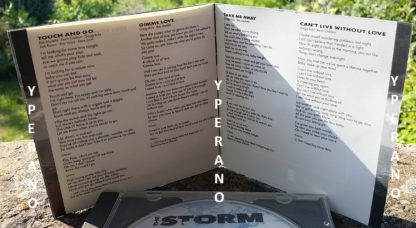 The Storm was an American supergroup rock band, formed in the Bay Area of San Francisco during the early 1990s. The band released their first single, a power ballad, “I’ve Got a Lot to Learn About Love,” for which they are perhaps most widely known. The song peaked at #6 on the Mainstream Rock Tracks chart and at #26 on the Billboard Hot 100.

The band featured three of Journey‘s former members (two of whom were founding members) – Gregg Rolie (original lead vocalist and keyboardist of Journey) on keyboards and lead & backing vocals, Ross Valory on bass and background vocals, and Steve Smith on drums. Kevin Chalfant, who had a #12 rock chart hit in 1982 as lead vocalist with AOR band 707, was the lead vocalist, and Josh Ramos (who cited Journey founder and guitarist Neal Schon as a major influence) was the lead guitarist. Ramos had previously replaced Journey guitarist Neal Schon in Hardline. Consequently, The Storm sounds very much like Journey to fans and critics alike.

Chalfant and Valory had just released an album together on another side-project band called The Vu and were ready for another venture; however, Rolie was the most instrumental in bringing the band together and sending them into a climb of success. He had collaborated on material with Kevin Chalfant and sent the track “Show Me the Way” to producer Beau Hill, who with Jimmy Iovine had just begun Interscope Records as a hard rock/AOR label for Atlantic Records president Doug Morris. Interscope became seriously interested in the project and signed the band, now known as The Storm, in 1990.

The Storm’s debut album, self-titled and released in 1991 by Interscope, was produced by Beau Hill. It rose to #133 on the Billboard album chart, scoring two Mainstream Rock radio hits with the #6 “I’ve Got a Lot to Learn About Love” (which also reached #26 on the Billboard Hot 100) and the #22 “Show Me the Way”.

Steve Smith left the band in late 1991 and was replaced by Ron Wikso, who left Cher‘s band to become a full member of The Storm in early 1992.

In March 1992, the band embarked upon a US tour supporting Bryan Adams in arenas all over the country. They followed that up with a tour supporting Peter Frampton and did additional dates with Eddie Money, Tom Cochrane and others, in addition to several headlining dates.

5.0 out of 5 stars Still Loving You,
This album came out in late 1991, at an unfortunate time. I say unfortunate because this was at the same time Nirvana hit it big, signalling the end of melodic hard rock and ushering in the era of so-called “alternative rock.” My question is this: if it all sounds the same, how is it an alternative? Anyway, HERE is your alternative.

This band was formed by ex-Journey keyboardist and Santana co-founder Gregg Rolie about ten years after he split Journey and features Steve Smith (drums) and Ross Valory (bass), also from that band. Added to the mix were vocalist Kevin Chalfant and guitarist Josh Ramos, and the results were spectacular: “I’ve Got A Lot To Learn About Love” and “Show Me The Way” were Top 10 singles. Unfortunately, the song chosen as the third single was “Still Loving You”, which is a really good song but not Top 40 material; personally, I would have chosen “You’re Gonna Miss Me” (the best song on the album) or “Call Me” as the next single, but hindsight is always 20/20. The song failed to chart. In any event, the band toured with Bryan Adams and then dissipated until reuniting with new drummer Ron Wikso for the release of their second (and apparently last) album in 1996.
I highly recommend this to anyone who likes Journey, Foreigner or Spooky Tooth.
———————————————————
5.0 out of 5 stars EXCELLENT!!!!,
This is one of my most favorite cds I own. I bought the tape back in 1991 when it first came out, then was lucky enough to find the CD in 1995. If you like Journey, then you will love this. There is actually a 12th track called “Can’t Live Without Your Love” and it is one of my favorite songs of all time-and the BEST song on the CD. And to this day when I play these songs, they still do not sound dated at all.
———————————————————
5.0 out of 5 stars In the spirit of Journey, and Giant the Storm is Greatness,
In the spirit of Journey and Giant the Storm spins out Melodic Guitar Greatness with Ballads that will blow you away. They pickup where Journey left off with Show me the Way, I’ve got alot to learn etc.. its a well rounded album with just a great sound and extraordinary music experience. A great end to the Big Hair Band Era of the late 80s Early 90s.
All that was great about rock and roll.
———————————————————
5.0 out of 5 stars Searched for this a long time,
I have been searching for years to get this CD
———————————————————
5.0 out of 5 stars this is a great CD,
this album has great songs from you keep me waiting to take me away an excellent album; get it you wont regret it.
———————————————————
5.0 out of 5 stars Its 3 members of the band Journey including Gregg Rolie, Ross Valory, Steve Smith. The other 2 guys are Kevin Chalfant, and Josh Ramos. If you like Journey, you’ll really like this disc. Its actually 12 tracks.
———————————————————
5.0 out of 5 stars Nothing but pure talent and heart,
I first heard The Storm, driving in my car going to a high school dance. Of course the name of the song was “I’ve got a lot to learn about love” Ever since that night I have never stopped listening to them. Every song seems to penetrate deep into ones soul, with the incredible vocals by Kevin and Rolie as well as wonderfully written lyrics. For all those hopeless romantics out there, you will be able to relate to this CD and will remind you of that special person who changed your life. I strongly recommend this CD as well as their rare second one.
———————————————————
5.0 out of 5 stars Rolie is pure talent,
Released in 1991, this album is as good today as it was 13 years ago. An excellent, solid rock album with great guitar licks and soaring ballads. Rolie doesn’t disappoint.
———————————————————
5.0 out of 5 stars Great Rock and Roll,
This is the type of music that Journey dreamed of playing. Hard melodic rock and some pretty good ballads. I wish these guys would have made more CDs. 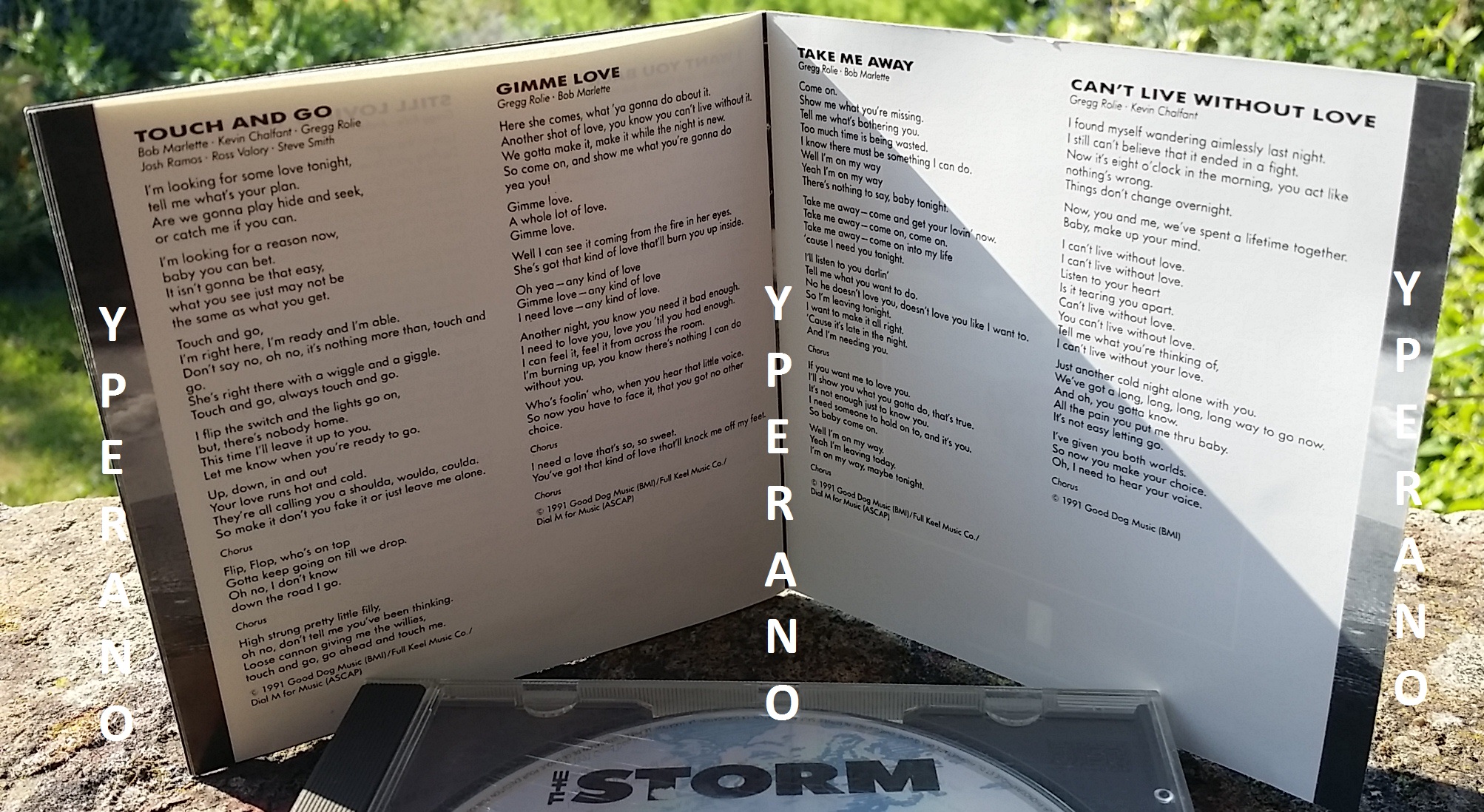 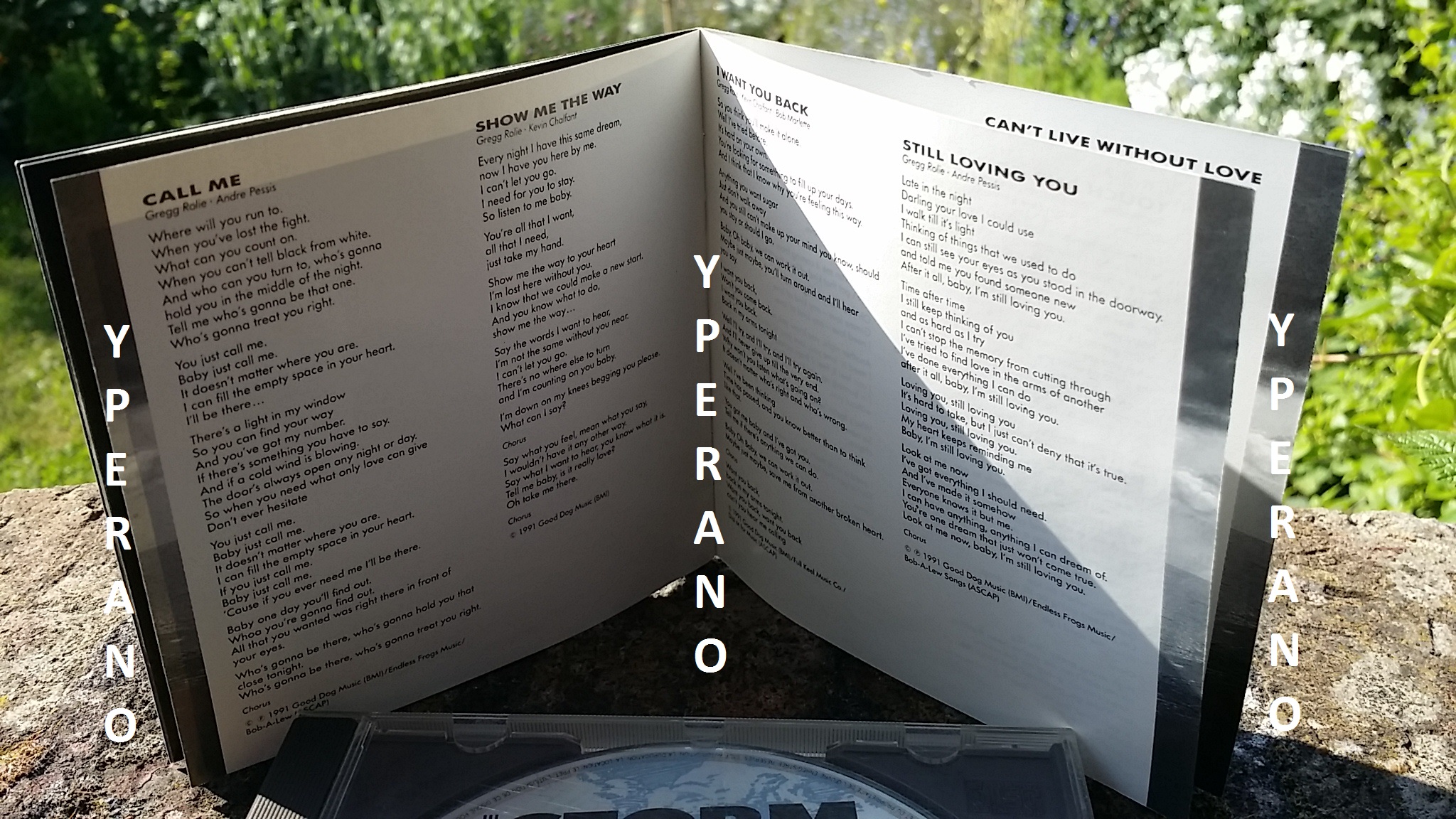 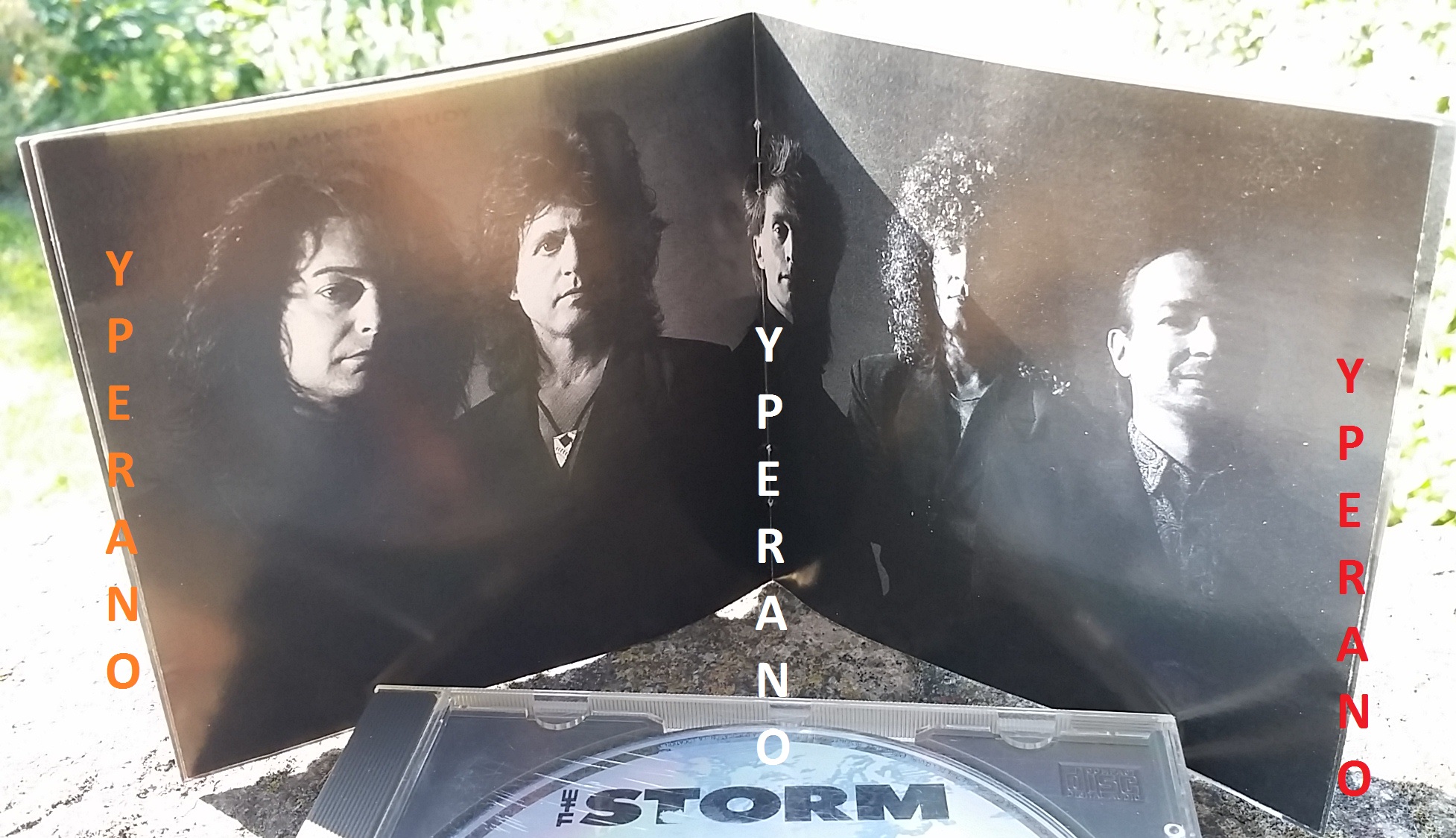 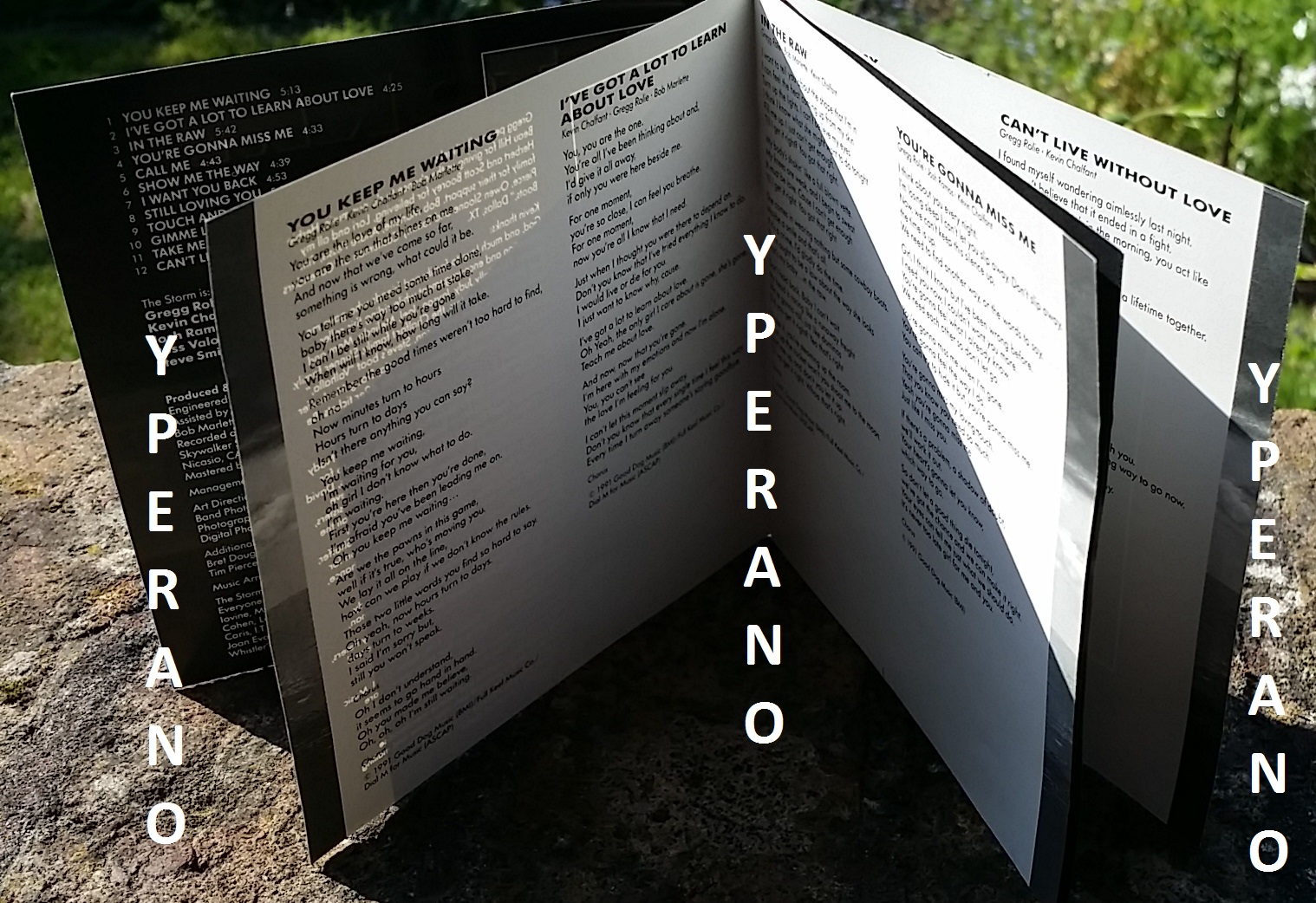 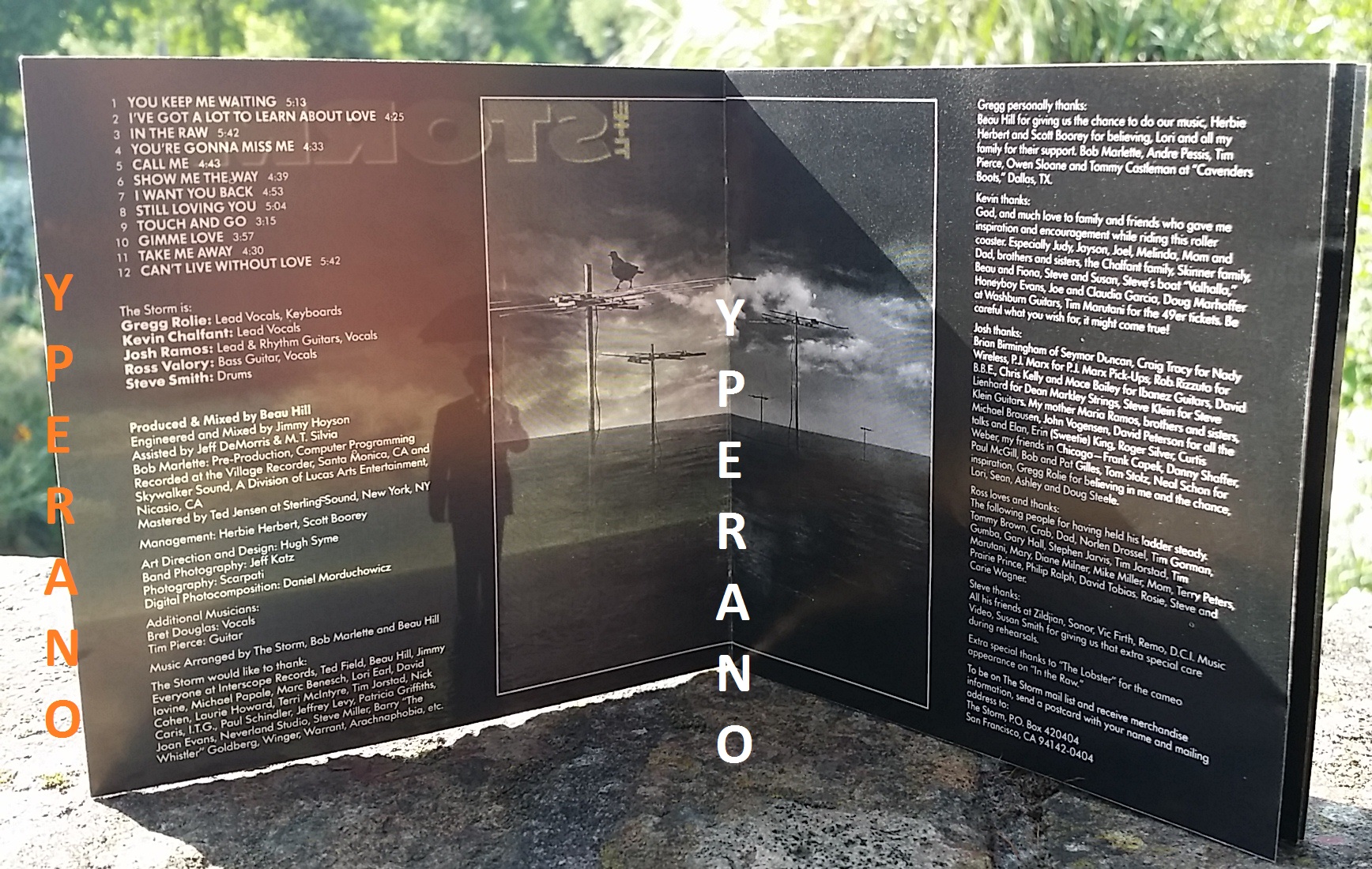 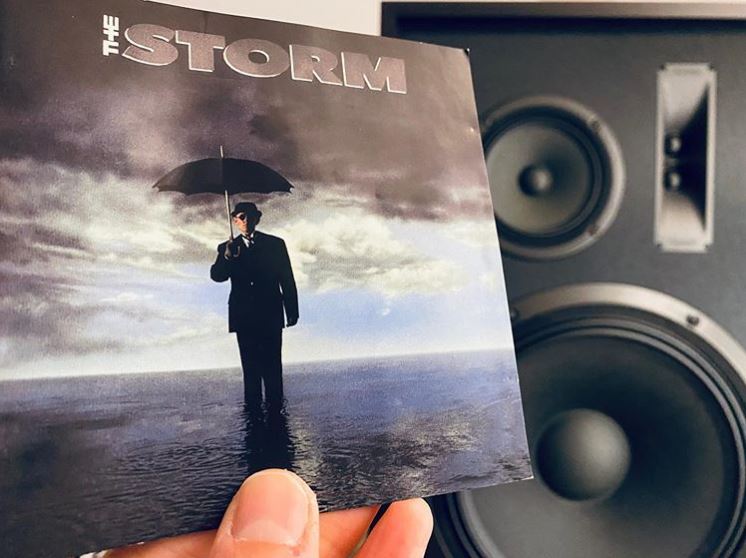