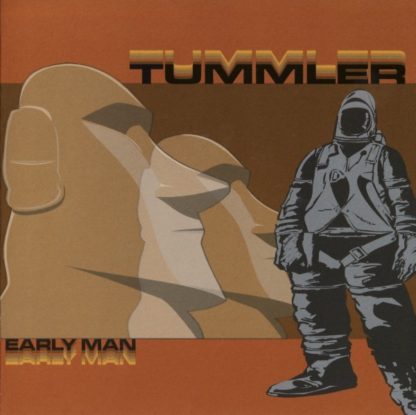 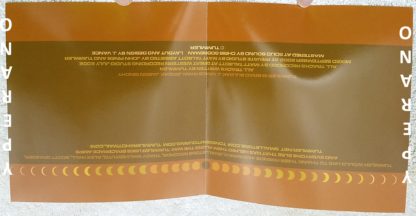 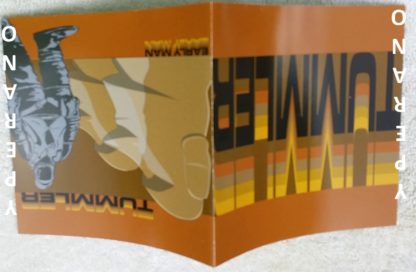 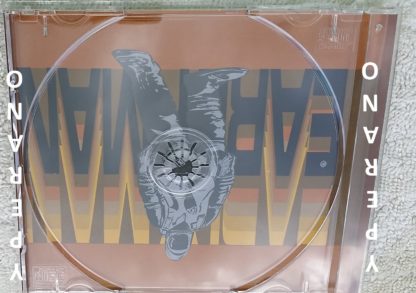 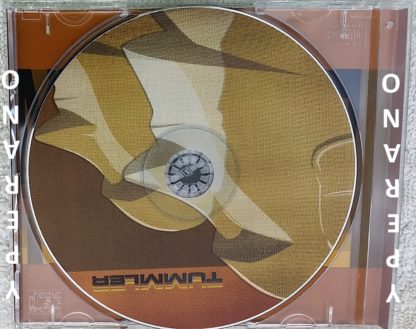 “Massive guitar-wielding, Flowing percussion, Great big bad-ass rock and roll. Tummler brings sounds from the far reaches of the musical spectrum together to create pure and heavy rock and roll. Sound so unique its been described as heavy acid fuzz rock meets stoner rock meets metal meets good olrock and roll. Tummler has been compared to a wide range of bands such as Black Sabbath, Iron Butterfly, and other late 60s and early 70s greats. Four rock enthusiasts came together to meet one common goal: to create rock so heavy it will knock you on your ass… And this is how it all started.”
Small Stone

“This CD is full of energy, tuned down fuzzed out guitars- lots of dual guitar parts…duel leads. In fact most of this album the guitars play off of each other constantly giving it extreme depth and a great overall sound that is undeniably Tummler and Tummler alone. You can tell these guys use some serious power too. The tones on this record are extremely good and make me jealous at times…heh heh. These guys are a well oiled machine taking out everything in their path. If you like mean driving hard rock with lots of hooks and volume, then I recommend that you check out ‘Early Man’. Its got enough balls to go around twice. Get it if you like twisted sounds.”

7 & 8 tracks are unlisted on back cover and only available with the 1st RARE press that contains 2 hidden tracks!!!

HELLRIDE MUSIC :
Everything about Tummler is “thick” – thick utterances from overdriven amplification; thick percussive blasts, hell, even Brad Buldak’s trademark delivery is thick. A kinetic wall of huge sound. This is the kinda stuff where you stand away from the club’s PA for fear of spontaneous peristalsis in the lower intestine. Hearing damage at the very least.

This is Tummler’s second major release, pert near three years after the release of Queen to Bishop IV on Man’s Ruin. And we all know what happened there. The signature Man’s Ruin kitty ended balls up on a lonely San Fran street.

So God bless Small Stone for stepping up to plate and knocking one out of the park for the boys from Illinois. Early Man will not disappoint those that dug the rich n’ heavy druggy space doom vibes emanating from Queen to Bishop IV. I’ll tell ya right now that “Arlo” with it’s Danzig-on-Percoset crush and “Planet Moai”‘s epic long space funeral dirge have the makings of classics. While I liked “Here’s to Your Destruction”‘s decidedly upbeat instrumental sentiment than the rest of the album, it doesn’t detract from the remainder. I just don’t really like instrumentals that much. But that’s my own trip. And we all know I have issues. It’s great to have Tummler back in action. Early Man is an equal opportunity release. Stoner and Metal fans alike ought to embrace this one in equal measure.

Bio:
“Massive guitar- wielding”… “Flowing percussion” … “Great big bad-ass rock and roll”… Tu m m l e r brings sounds from the far reaches of the musical spectrum together to create pure and heavy rock and roll. Sound so unique it’s been described as heavy acid fuzz rock meets stoner rock meets metal meets good ol’rock and roll. Tummler has been compared to a wide range of bands such as Black Sabbath, Iron B u t t e r f l y, and other late 60’s and early 70’s greats. Four rock enthusiasts came together to meet one common goal: to create rock so heavy it will knock you on your ass… And this is how it all started

Tummler was born in June of 1996 in Champaign, Illinois. In September of 1999 Tum ml r recorded a three song demo which led to their first full length album ‘Queen To Bishop VI’ in June 2000 under the legendary Frank Kozik and Man’s Ruin Records. The Tummler crew remained all original until the close of 2001. Having witnessed the fall of Man’s Ruin, the memories were just too painful to continue… Or, the guitar player thought living in California would be worth leaving his life’s blood. Down to two members, Brad Buldak and Jay Vance began to rebuild.

Enter Ryan Jerza k and Ginchy… Together with Brad and Jay, the foursome has smoothed the rough edges, discovered their strengths, and coalesced into a force to be reckoned with. With the guts firmly packed into a new body, Tummler assembled at the Great Western Studio to record their second full-length album ‘Early Man’, with Matt Talbot (of HUM fame) whom has produced the bands finest mrecorded effort to date. ‘Early Man’ is comprised of first rate production, strong material, a raw arsenal of sound coming out you.

Tummler looks forward to living up to the Small Stone tradition of heavy ass rock label mates such as Halfway to Gone, Puny Human, Five Horse Johnson, Fireball Ministry, Milligram, and Porn (The Men of) to name a few. With the production of their second album complete, Tummler can get back to what they do best… The live show… With hundreds of shows under their belt, Tummler has shared the stage with bands such as L7, Nebula, Honky, Orange Goblin, HTG, Gaza Strippers, Clutch, Nashville Pussy, Anti seen, Goatsnake, Fatso Jetson, Acid King, Cutthroats 9 , HUM, the Hookers, Cuda, Speedealer, High on Fire and many, many more. 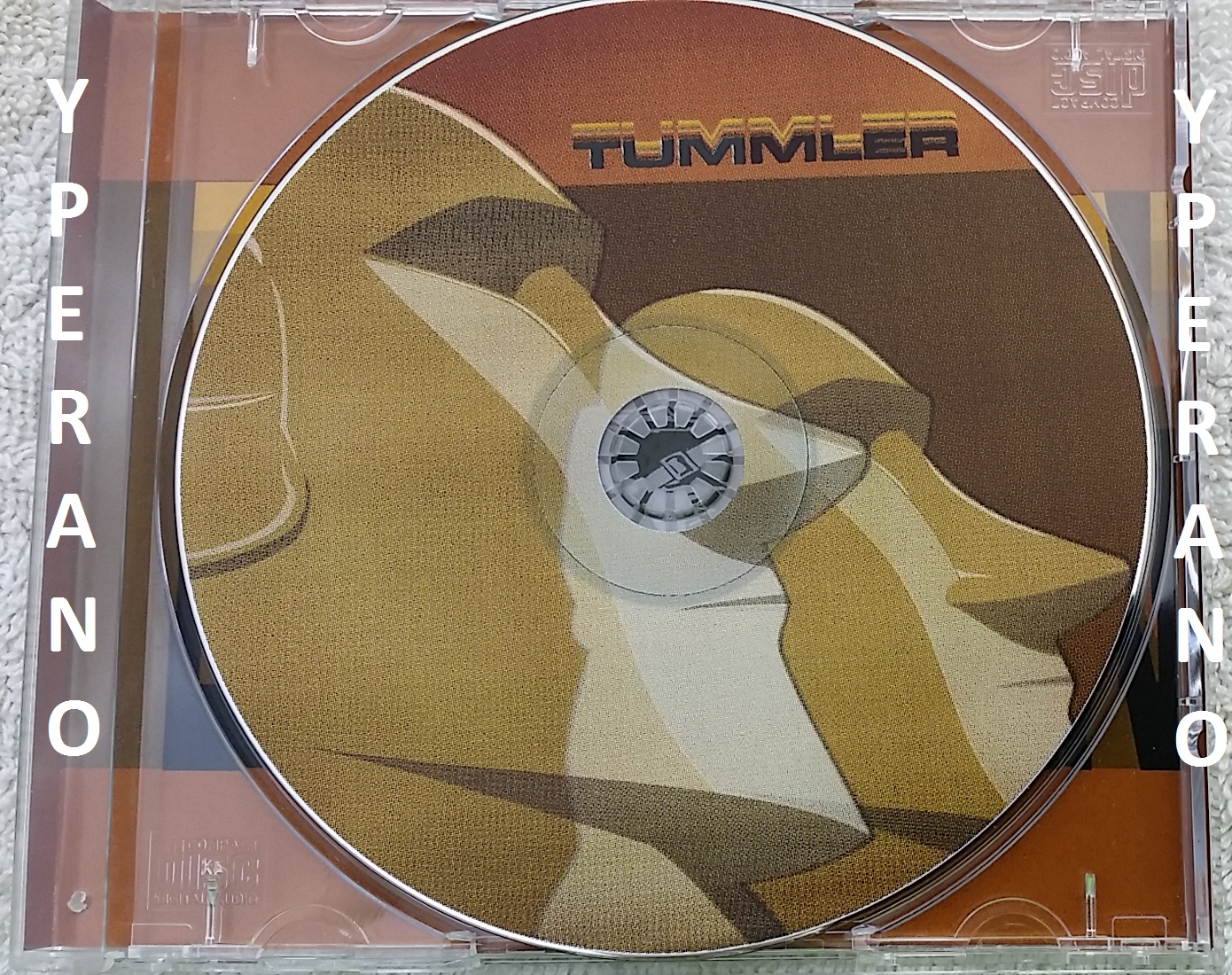 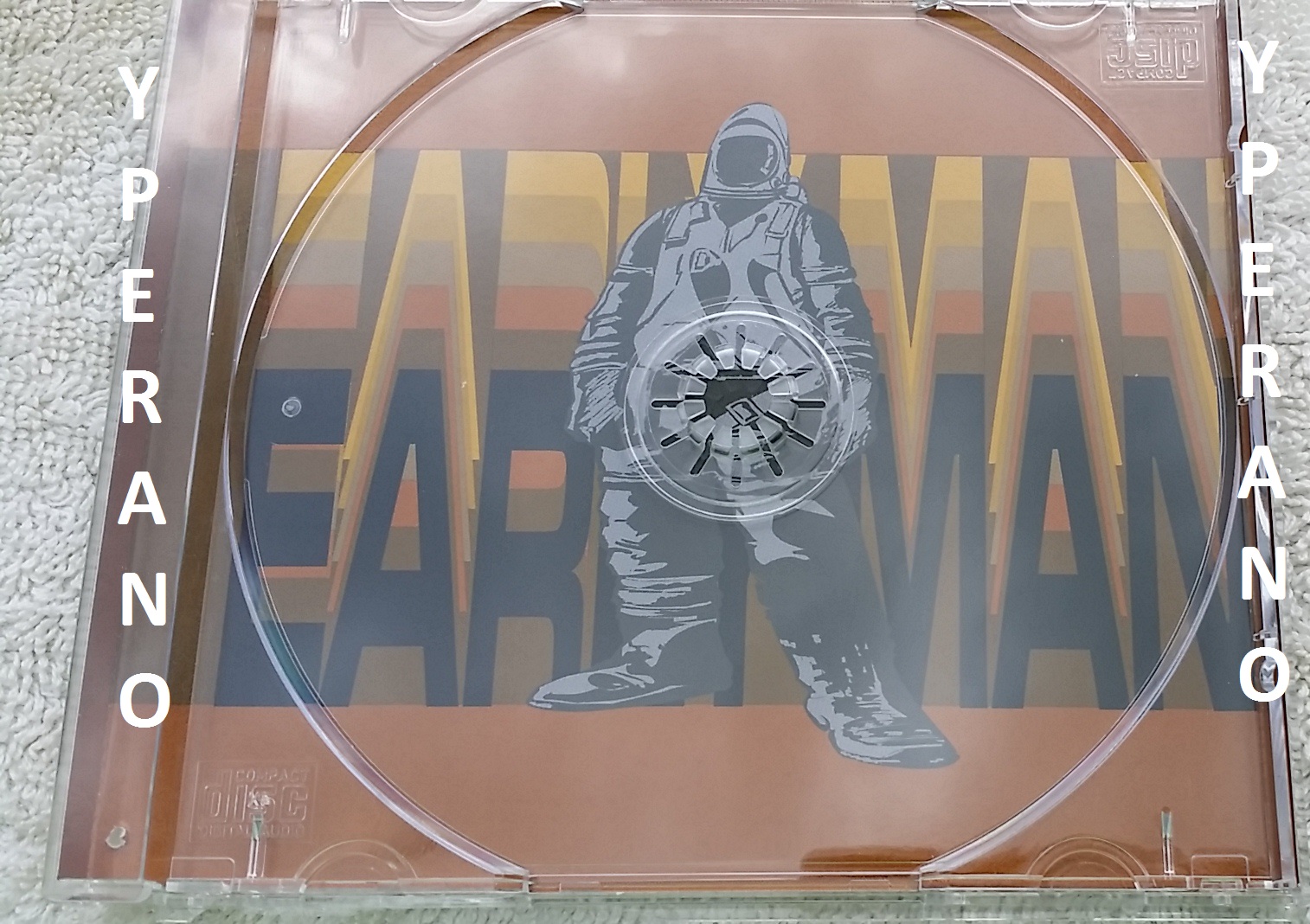 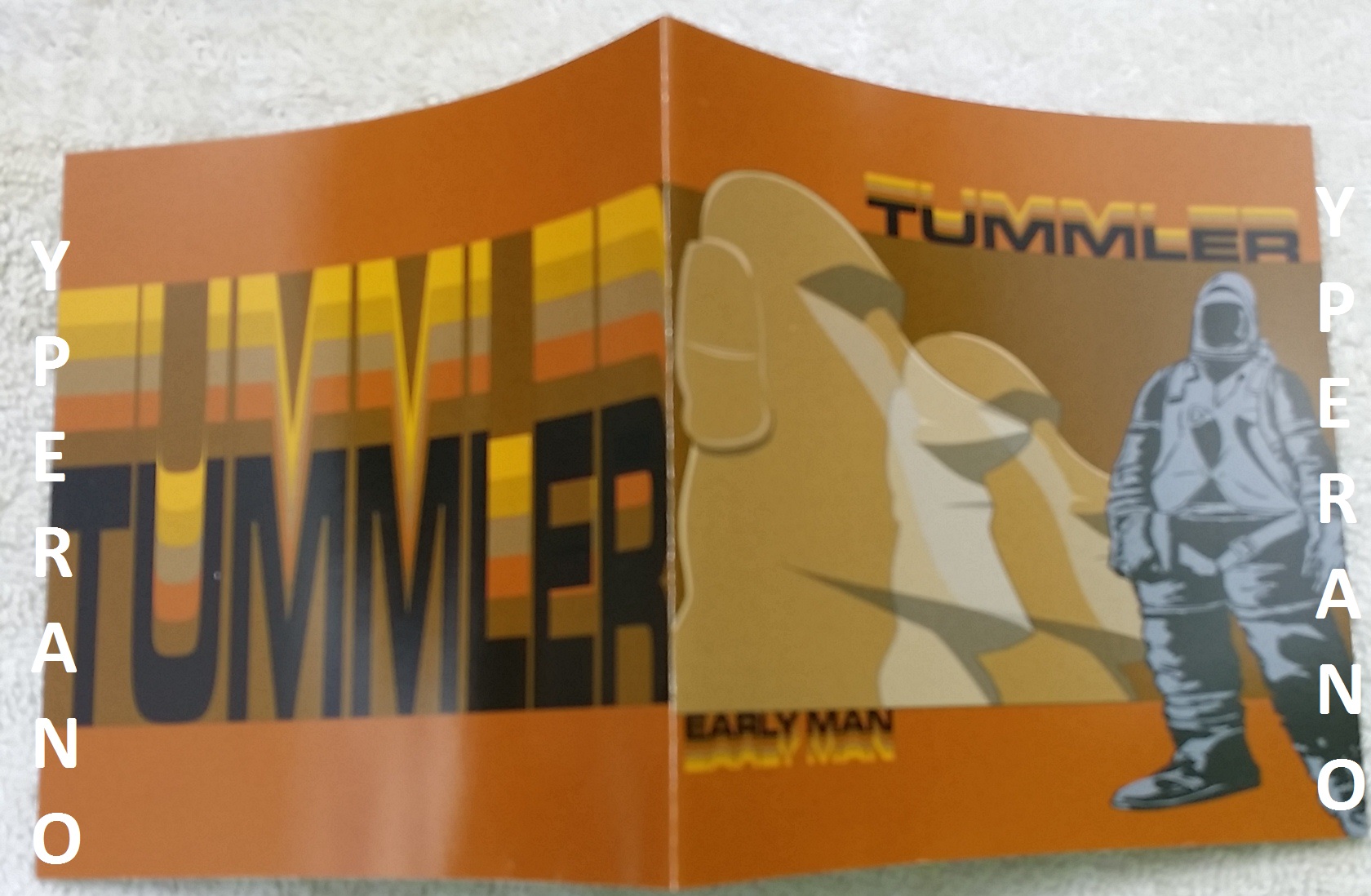 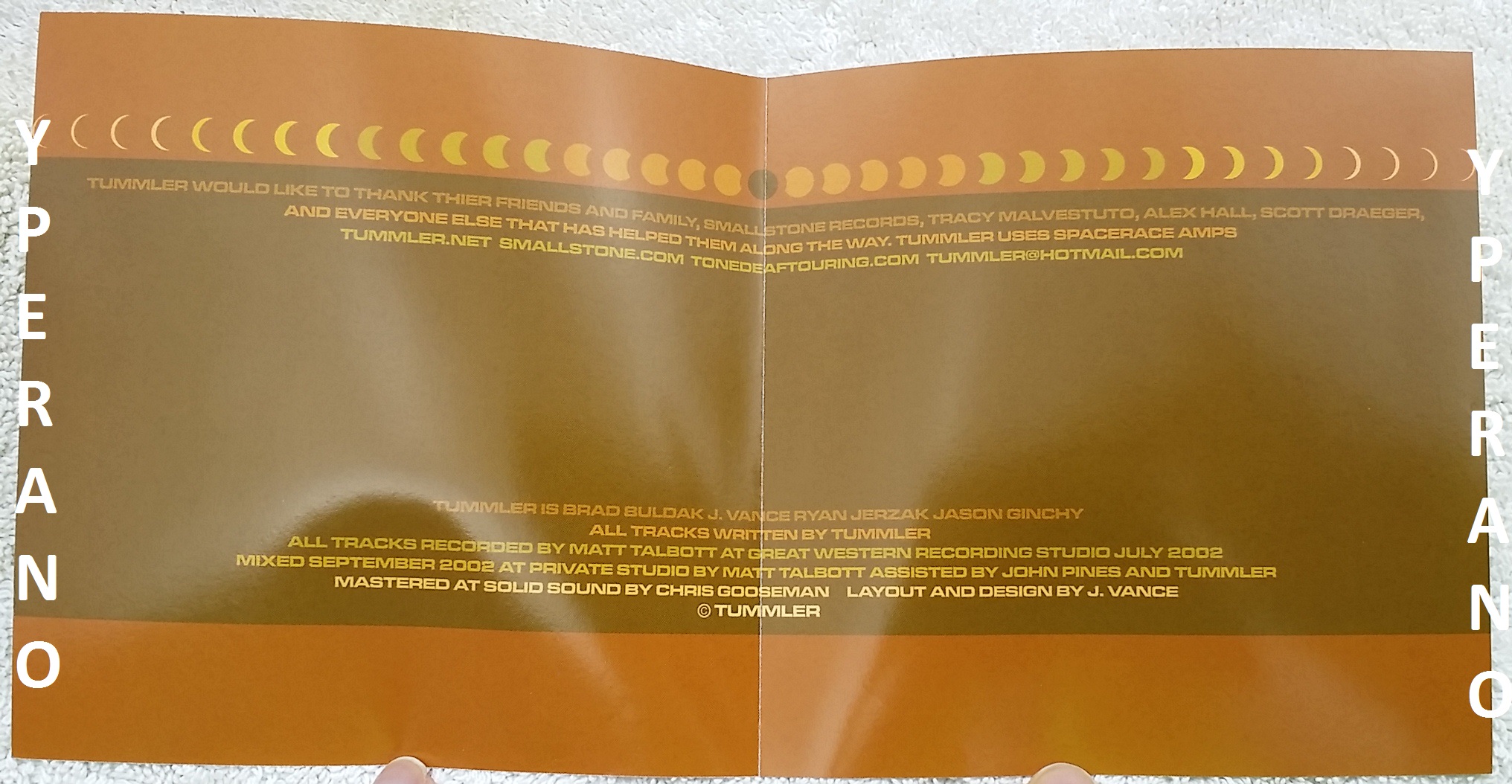 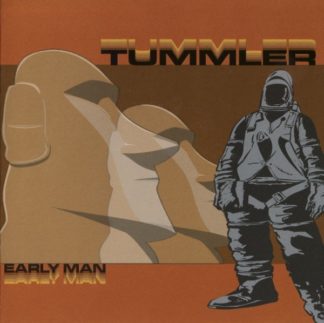