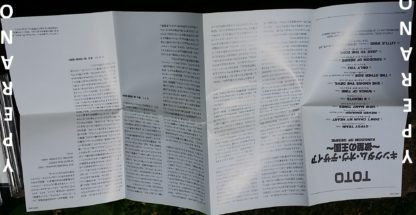 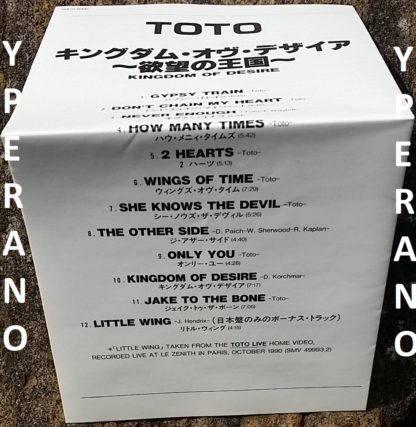 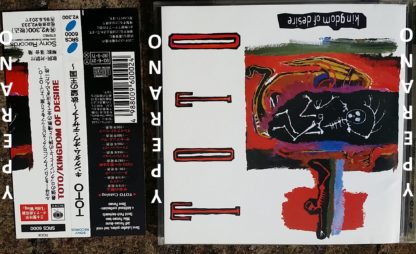 Kingdom of Desire = Studio album by Toto
Released: 1992
Genre: Hard rock, neo-progressive rock, rock, blues rock
Length: 69:28
Label: Sony Japane srcs 6000
Producer: Toto
Kingdom of Desire is the eighth studio album by Toto, released in 1992. Guitarist Steve Lukather assumed sole lead vocal duties, as their previous lead singer, Jean-Michel Byron, was sacked following the Past To Present tour. Drummer Jeff Porcaro died shortly after the making of the album; he was replaced by British drummer Simon Phillips, who remained part of the band until its breakup in 2008. The album was mixed by Bob Clearmountain. 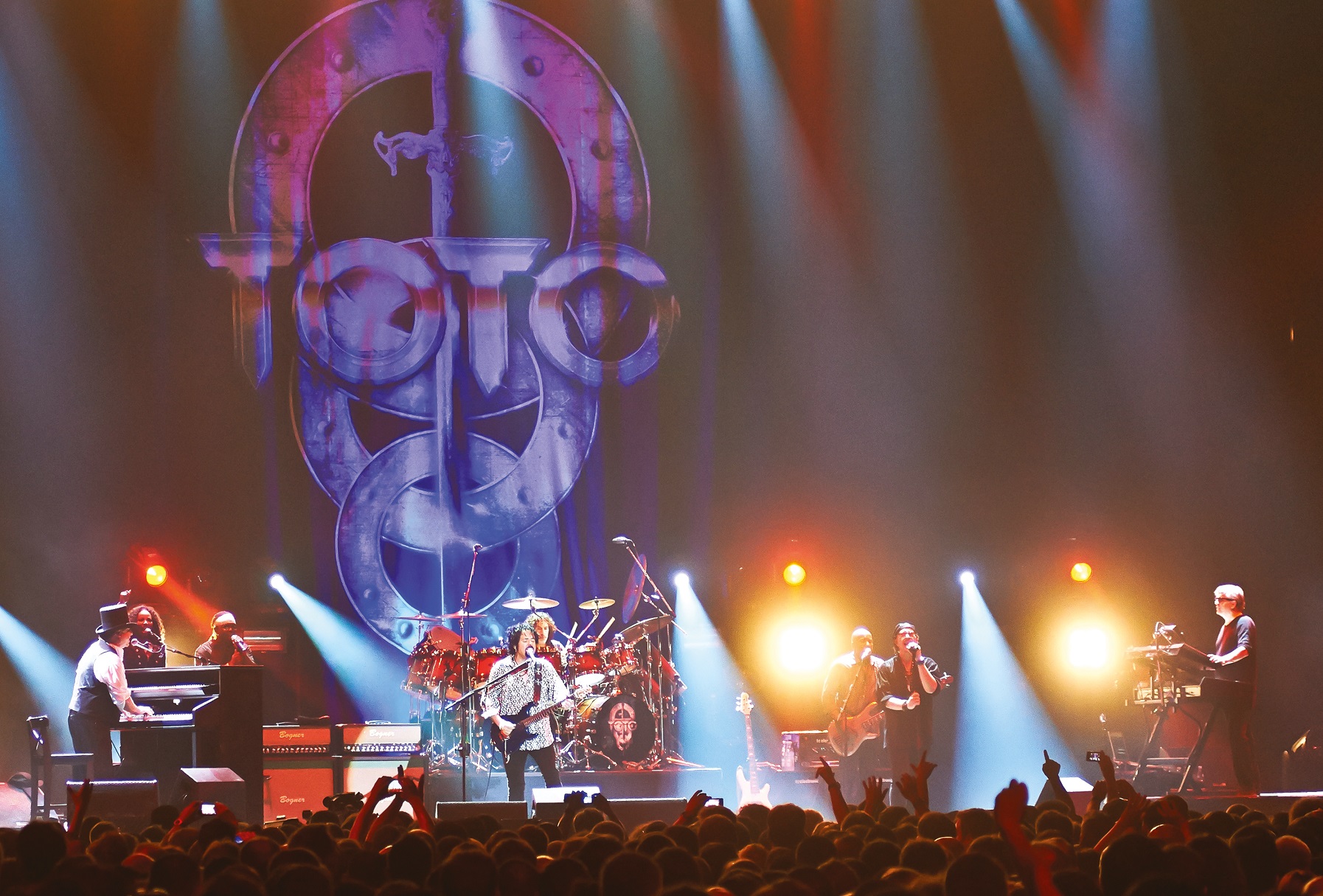 No-one packages a CD album quite like the Japanese. Known as a culture for elaborate and excessive packaging, their approach to the CD album is no exception. From the visual delights of the artwork and packaging, to the content itself, you will without doubt get your moneys worth here. The inclusion of the famous ‘obi-strip’ not only adds a uniquely intriguing aspect, but is also a great marketing tool for the Japanese labels. The term ‘obi-strip’ is derived from the name of the piece of wide fabric – the obi – that a geisha woman wears around her waist over the traditional Kimono dress. An amazing amount of information is packed onto this little wraparound piece of paper, often noting special tracks, concert dates, discography information and release anniversaries. And, as this information is intended to be read in the home market, its all printed in Japanese kanji and ~kana script! Whilst they are safely sealed on new release CDs they are often discarded once opened, so they should be considered a real bonus when intact on out-of-print CDs.
In recent years we have seen the obi-strip occasionally replaced with a sleeve sticker, no less attractive and equally unique to the Japanese pressing. Japanese CD albums often benefit from extra music and new video-style content, to further entice the Japanese public to buy their native release and not an import. Non-album tracks and exclusive mixes often feature and there are a huge amount of ‘Japan-Only’ releases that do not have an equivalent release elsewhere in the world. Japanese pressings will nearly always include a lyric booklet or fold-out lyric sheet. These are dual-language, printed in both the ~kana script and in English, the latter often having some wonderful mis-translations!

5.0 out of 5 stars MONSTROUS!,
I read an interview with Luke somewhere online, and his description of “Gypsy Train” is, “…that first track is second-line meets Zeppelin”.

For someone who grew up listening to these guys; when I first heard “Kingdom of Desire”, I was stunned. My first thought when those opening notes from Jeffs floor tom hit the speakers was, “WHOA……!” My next thought, “Grab something and hang on; this is going to be a wild and crazy ride.”

I knew that the musicianship was going to be top shelf; as these guys grew up in the L.A. session scene during the early 70s and through the 80s. Of all the players here, Porcaro, it seems, somehow, shone brightest.

Lukathers vocals on every track are impressive. At that point, there were four guys: Paich, Porcaro, Porcaro, and Lukather. Somebody had to step up. Gone were Kimball, Williams, and Frederickson. That left Lukather to do the lions share.

And instead of flinching; he just DID it, and it cooked.

But its the take-no-prisoners playing that turned my head. As a musician; I’m always looking for new inspiration. This album

had to grow on me; but once it did—there was no looking back.

This was Paich heavy handed; Luke burnin’ the house down, and then there was that magical, drop-the-hammer combination of Porcaro (Jeff) and Porcaro (Mike) that created the deepest pocket I’d ever heard from those two upto that point.

Steady as a Rock on “Don’t Chain My Heart”

Jeff is even granted a place at Keith Cronins website (“Drum Licks from Hell”) for the beastly fill at 4:06 into “How Many Times?”. THAT fill alone, proves that yes, Jeffrey did possess mad chops; though he’d have spoken otherwise. (He always differed to his heroes; Keltner…Purdie…Gordon).

Porcaro had found a harder edge to his playing, yet even on the ballads, hes still just Jeff. Solid, groovin’…remaining musical the entire time. As I write this; I’m listening, and there are tracks where he never lets up on Paistes Signature Series 13″ hi-hats. He worked those over. The same applies to the Gretsch kit he was behind. Yes; he played Pearl in live settings, and designed the DR-1 drum rack with Paul Jamieson–for Pearl–but those are Gretsch drums possibly on “K.O.D”

It wouldn’t have mattered. They’d have taken a beating regardless.

And then to hear the last tune on the album: “Jake to the Bone”–and to realize that Jeffrey possessed very tasteful Jazz chops as well, was just the icing on the cake. That whole band slam-dunked that last track! As far as I am concerned, this tops “IV” as my favorite TOTO album, with “Falling In Between (2006) a close 2nd behind “K.O.D.”

Its all about that pocket; and just how deep Mike and Jeff carved it for the rest of them to fall into.

Only God knows what we’d be hearing now from Jeff had he lived to see today. It is appropriate enough, to note that he picked out the album cover art for Kingdom of Desire; right down to the Angel pictured above the “in Memory of Jeff Porcaro” line on the back cover. (They had just enough time before the record hit shelves to note that line on the reverse).

Sure, this album may not appeal to all TOTO listeners, but there is so much musicality even in this hard-rocking, barn-burner. Its not one to overlook. Those who haven’t heard this; should. What the critics hated; was that TOTO was POLISHED; slick….”too good” musically. The thing is that these cats ALL knew the instruments they played, and PLAYED like there was no tomorrow. They still do; even with the addition of Simon Phillips. He, being different from Jeff, is going to add a new sound.

But for some of us; its difficult-when the music is this good–(Kingdom of Desire) to break away from what we’ve heard before.

This album shows and entirely different side of TOTO not seen previously; it showed that they could stretch…and grow; instead of stagnating. It also shows that a careful listen will stretch the listeners ear; and brain.

Some of this stuff is MIND bending.

Brilliantly played “time” and “groove” from some of the best guys out there. Get it! 😉 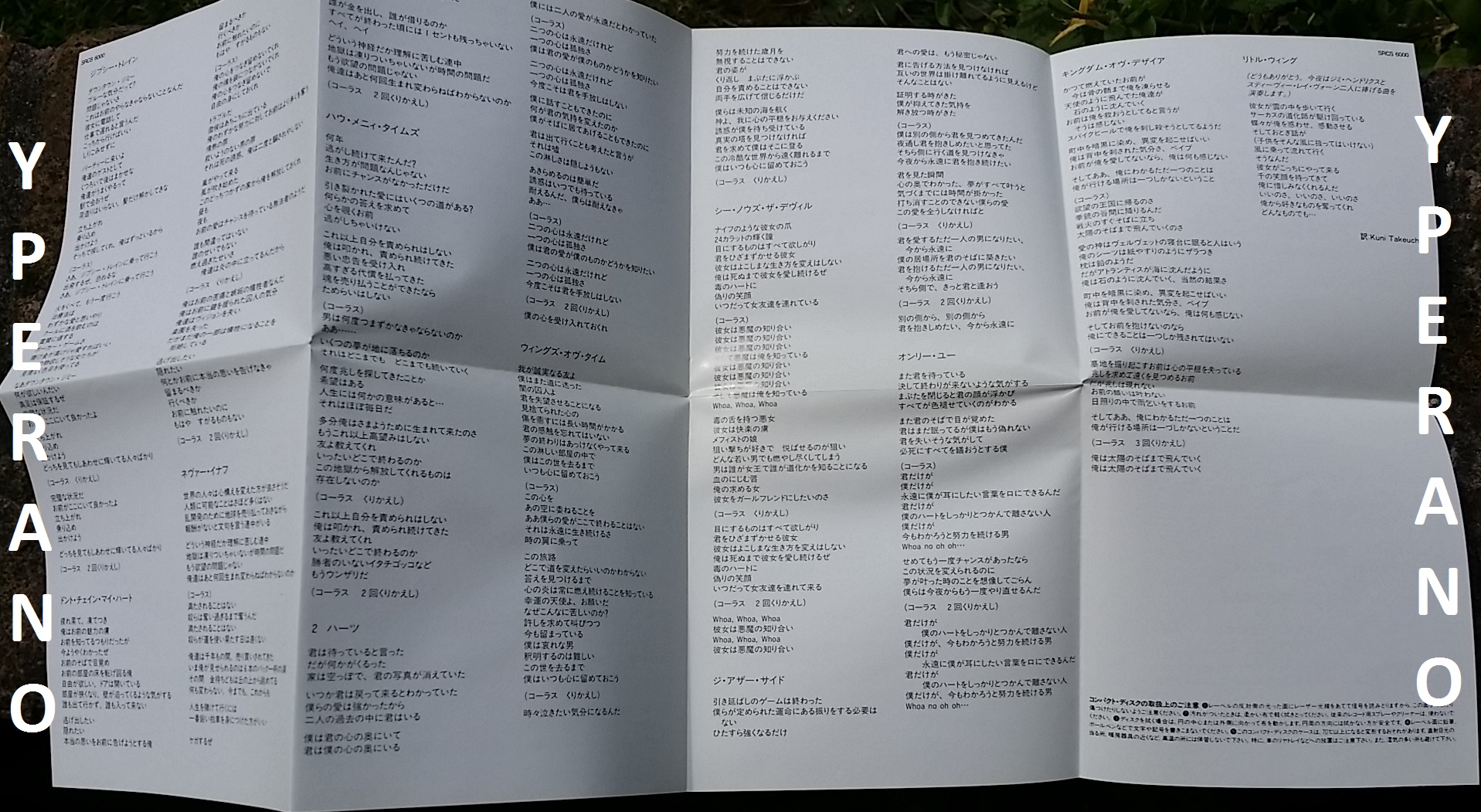 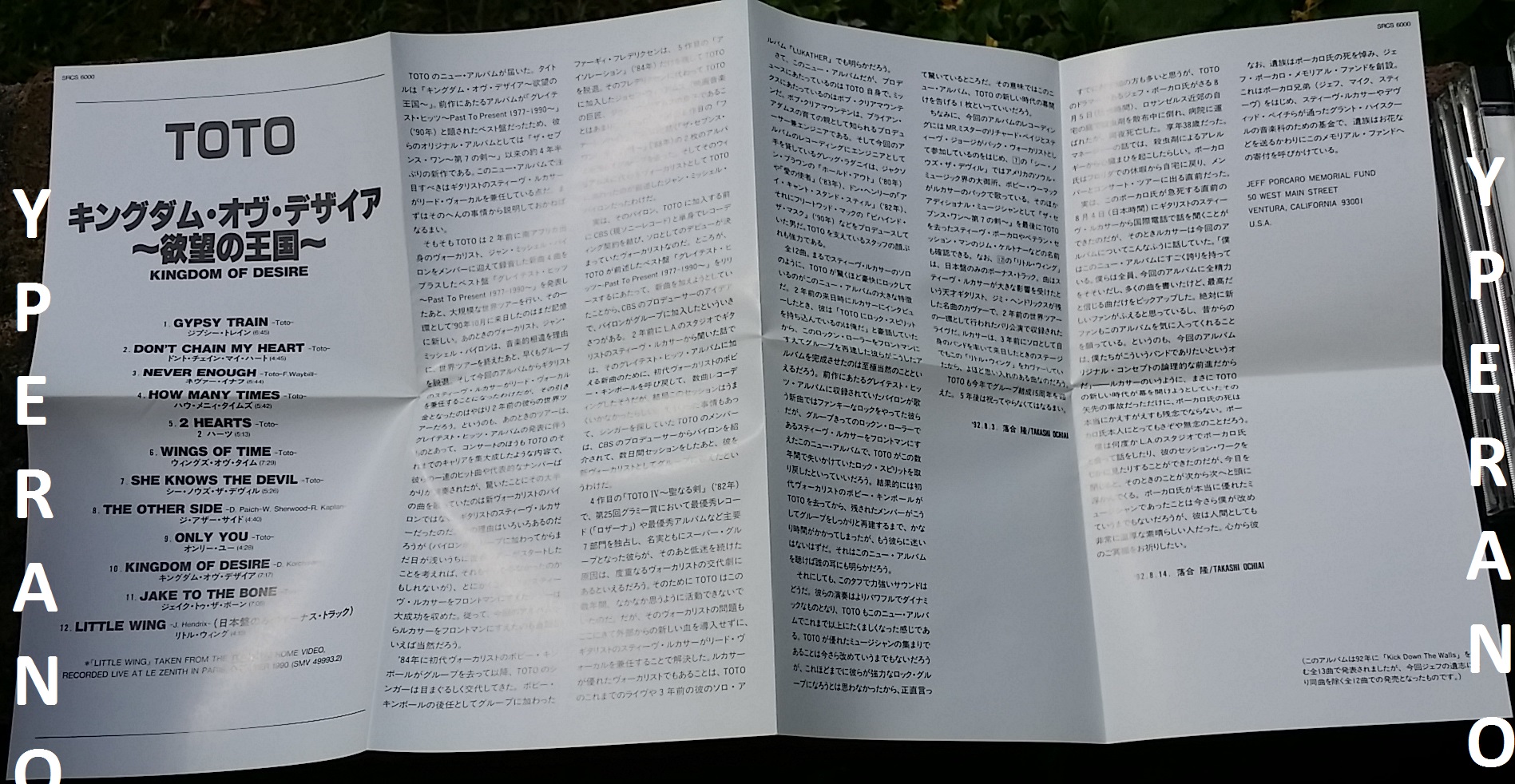 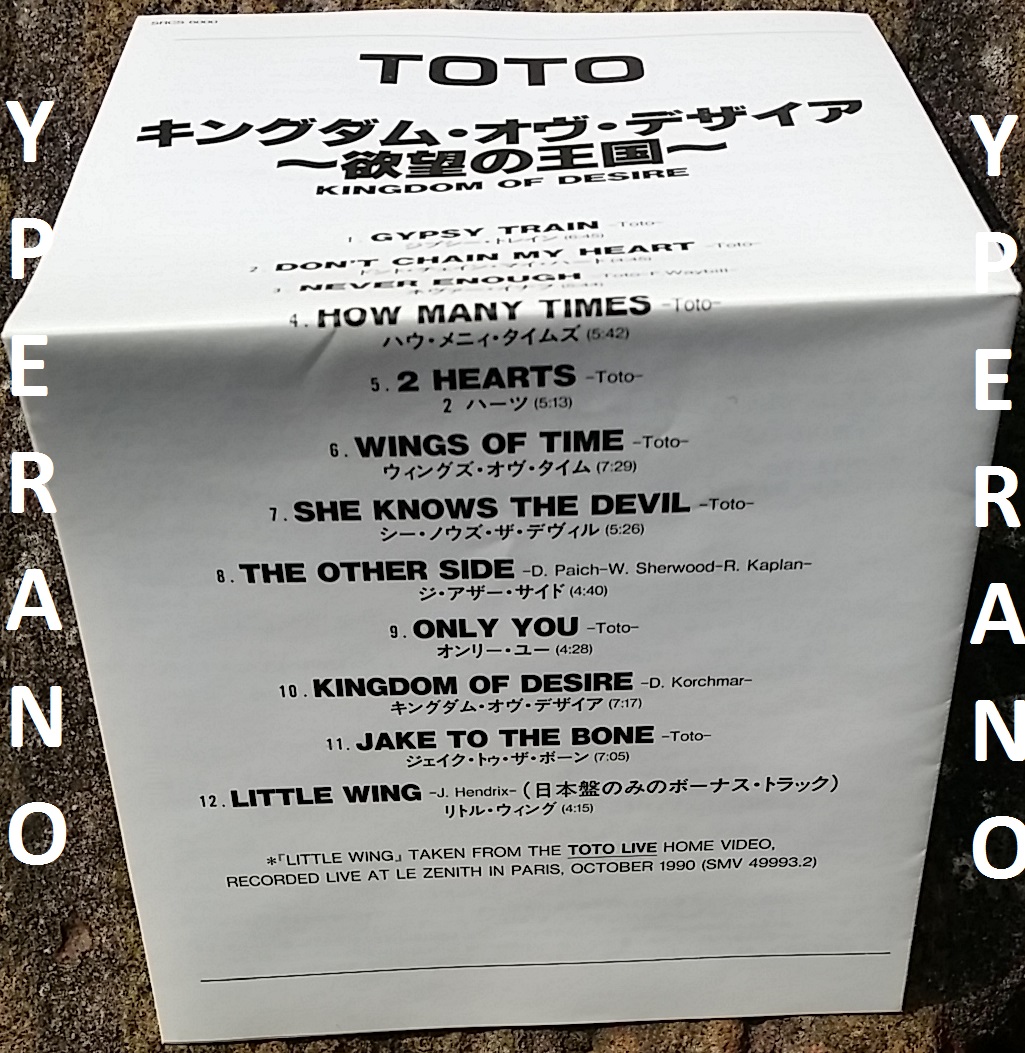 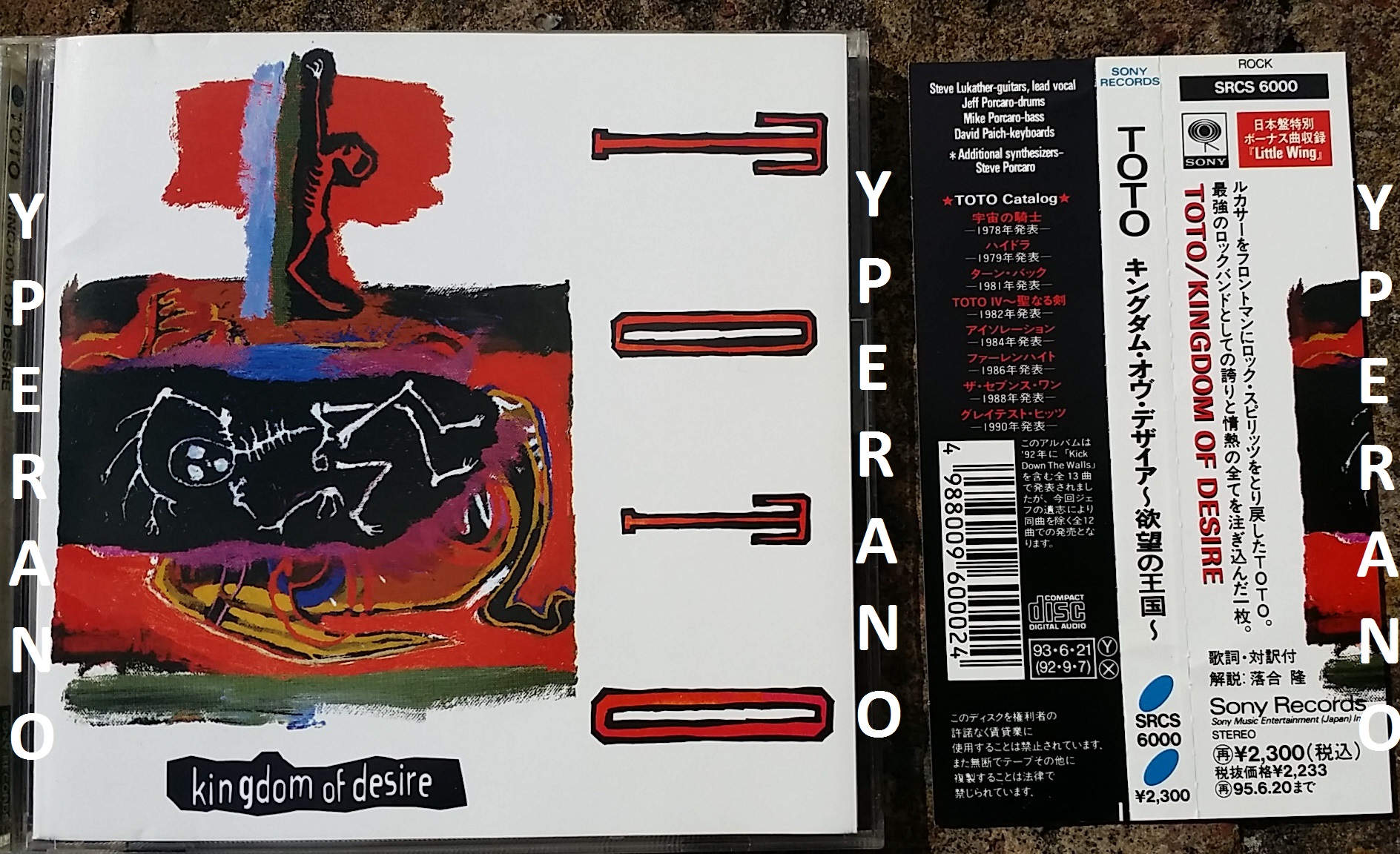