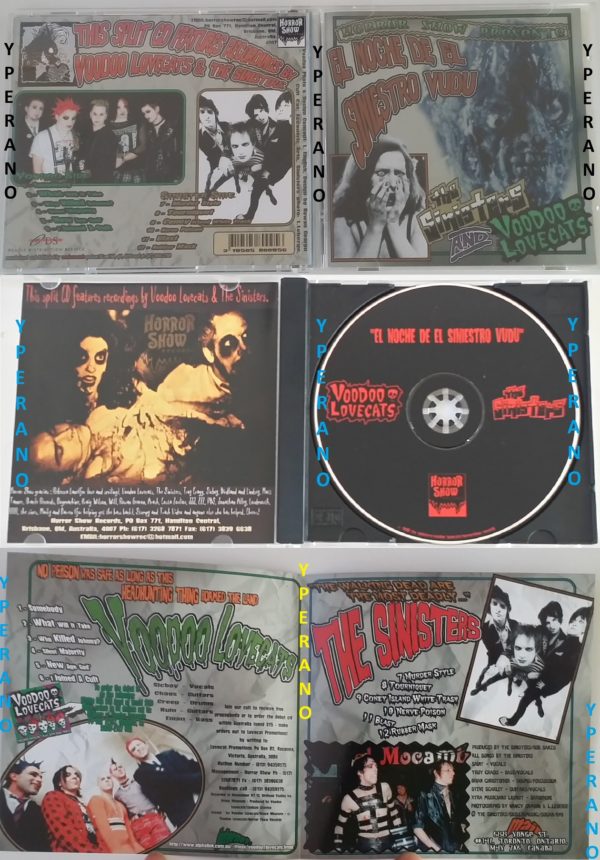 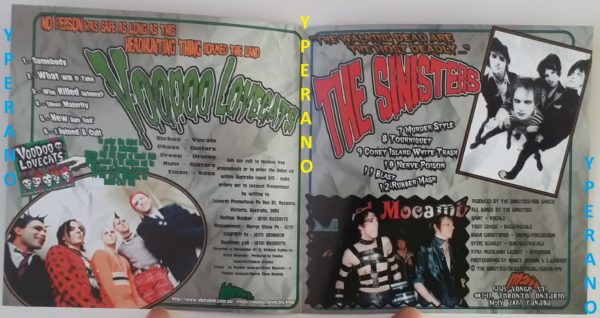 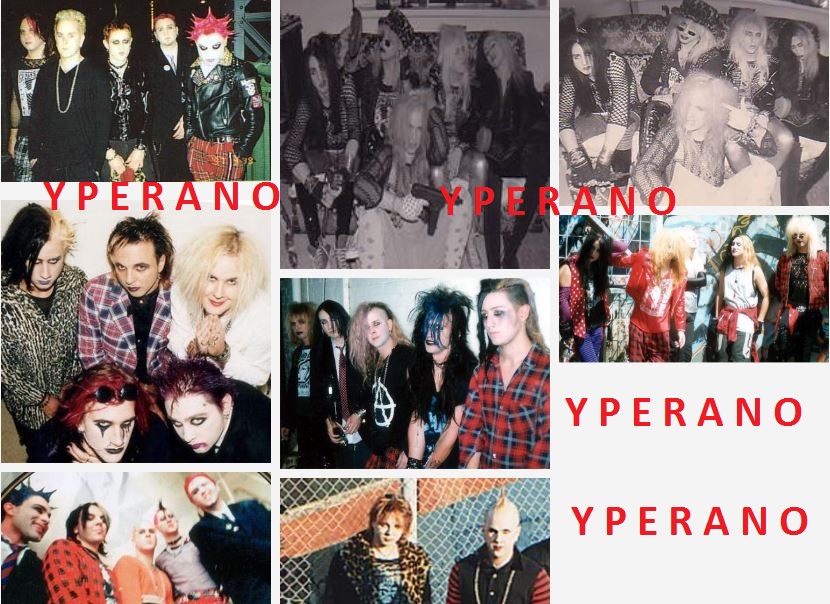 Split release. Track 1 to 6 are by the Voodoo Lovecats (Australia). Tracks 7-12 are by The Sinisters (Canada).

The VOODOO LOVECATS originally formed back in 1994, threw out a few demos, smashed a few stages, then launched their début CD Children Shouldn’t Play with Dead Things (Horror Show Records) in 1997. The band followed up with a split CD El Noche De El Siniestro Vudu (Horror Show Records) in 1998 and toured extensively (supporting international bands like The Misfits in ’97, Suicidal Tendencies, Face to Face…) around Australia. A few line up changes in 1998 caused the band to take a “break”, which turned into a longer-than-expected hiatus. Sicboy (vocals), Ruin (lead guitar), and Creep (drums) have rehearsed and are working towards recording some classic VLC tunes (that never made it into the studio) for their fans…

# “Mega-hyped glam rockers of the most full-on kind, The Voodoo Lovecats, lived up to their reputation when they absolutely smashed the Richmond Tavern (Victoria) attendance record for their first official live performance…” — HM Magazine, Issue 77, July 1995

# “…they are a fantastic ROCK unit, the kind that actually gets you excited about things again, then the jokes all on you. Maybe I’ll eat my words on all of this…but for now, at this moment in time, the Voodoo Lovecats are the best thing I’ve seen in a dogs age…” — Year Zero/Resistant Harmony Review, 1995

# “Most Aussie bands would give an arm or leg to appear on the ABCs influential Saturday morning rock show Recovery, but not the Voodoo Lovecats,” (the band knocked back the invite because they were expected to only play cover songs) “…one of the best and brightest acts playing the circuit.” — Cats Spurn Recovery, by Paul Stewart, Herald Sun 1997

# “No matter where you get off musically, at the core of your lust is a killer chorus. But writing one of these beauties is a double-edged sword. You can either go the way of puerile infamy ala Spice Girls, or you can hit the spot with style like Melbourne’s Voodoo Lovecats. The pinnacle moment from their eight-track Children Shouldn’t Play With Dead Things release comes during Thats What I Believe when the chorus belts in with a sing-along feel thats infectious, melodic, and joyous.” — by Geoff Nicholson, Loudmouth Magazine, Issue 3, 1997/98