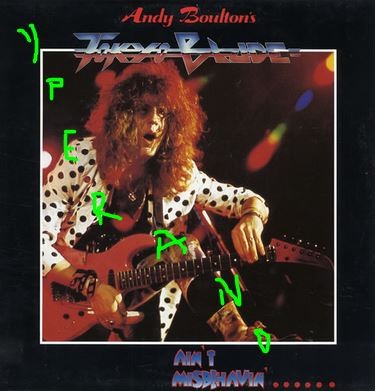 Ain’t Misbehavin’ is the fourth studio album by the British heavy metal band Tokyo Blade, released in 1987 by the German GAMA Musikverlag sub-label Scratch Records. The album was recorded with a completely new line-up assembled by Andy Boulton after the disbandment of Tokyo Blade, following the commercial failure of Black Hearts & Jaded Spades and the disastrous tour of 1986. In fact, the band is indicated as ‘Andy Boultons Tokyo Blade’ on the front cover of the European edition.
Ain’t Misbehavin’ was re-released in 1993 by Laserlight Records with the title Tokyo Blade, with different cover art

Lyrics:
I found a note that you left me, said we were through
I tried to get through girl, a message to you
Lack of communication now started too
The past is behind us, lets start new

[Bridge]
I came to find you here in this lonely place (lonely place)
In this town you call your home, yeah I’ll find you
Oh – oh – o – oh

Standing alone in the city, searching for you
Not gonna go looking for clues
I swore I saw you, I called out your name
I felt a true fool when it wasn’t you