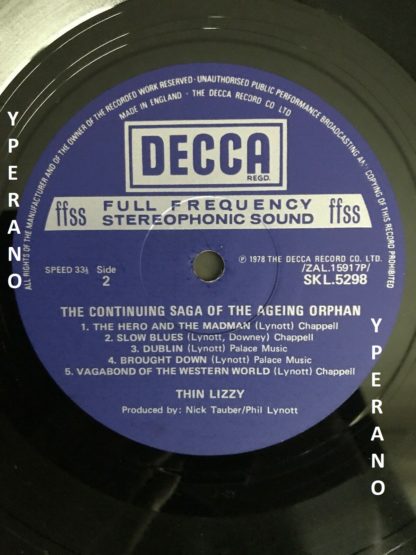 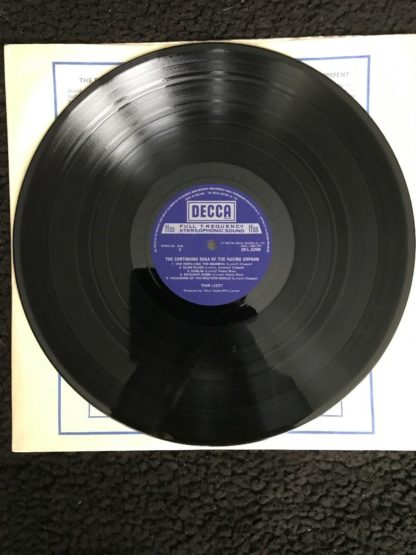 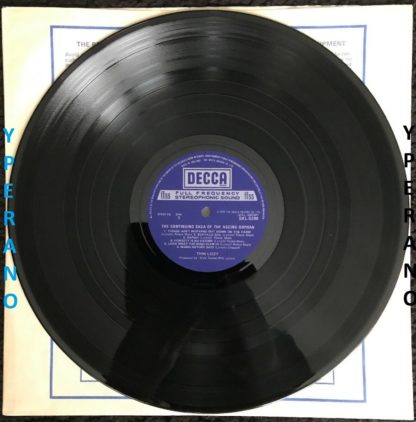 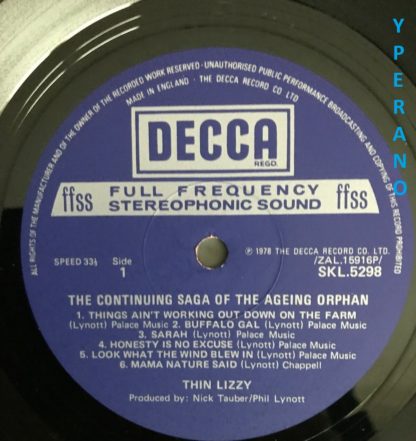 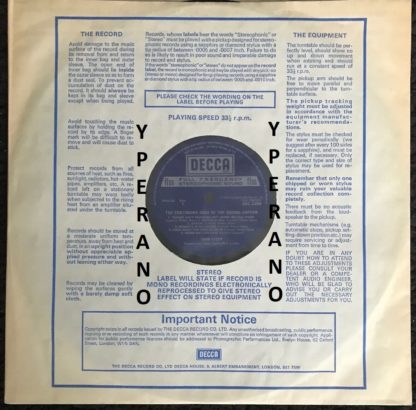 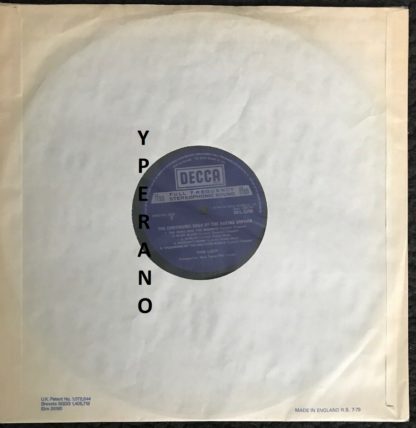 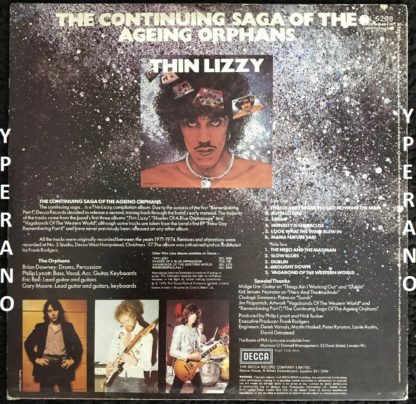 Thin Lizzy   The Continuing Saga Of The Ageing Orphans
Label: Decca   SKL 5298
Format: Vinyl, LP
Country: UK
Released: 1978
Genre: Blues Rock, Hard Rock
Tracklist:
A1 Things Ain’t Working Out Down At The Farm
A2 Buffalo Gal
A3 Sarah
A4 Honesty Is No Excuse
A5 Look What The Wind Blew In
A6 Mama Nature Said

Notes:
All tracks were originally recorded between the years 1971 – 1974. Remixes and alterations were recorded at No.2 Studio, Decca, West Hamstead, Christmas ’77. The album was conceived and co-ordinated by Frank Rodgers. 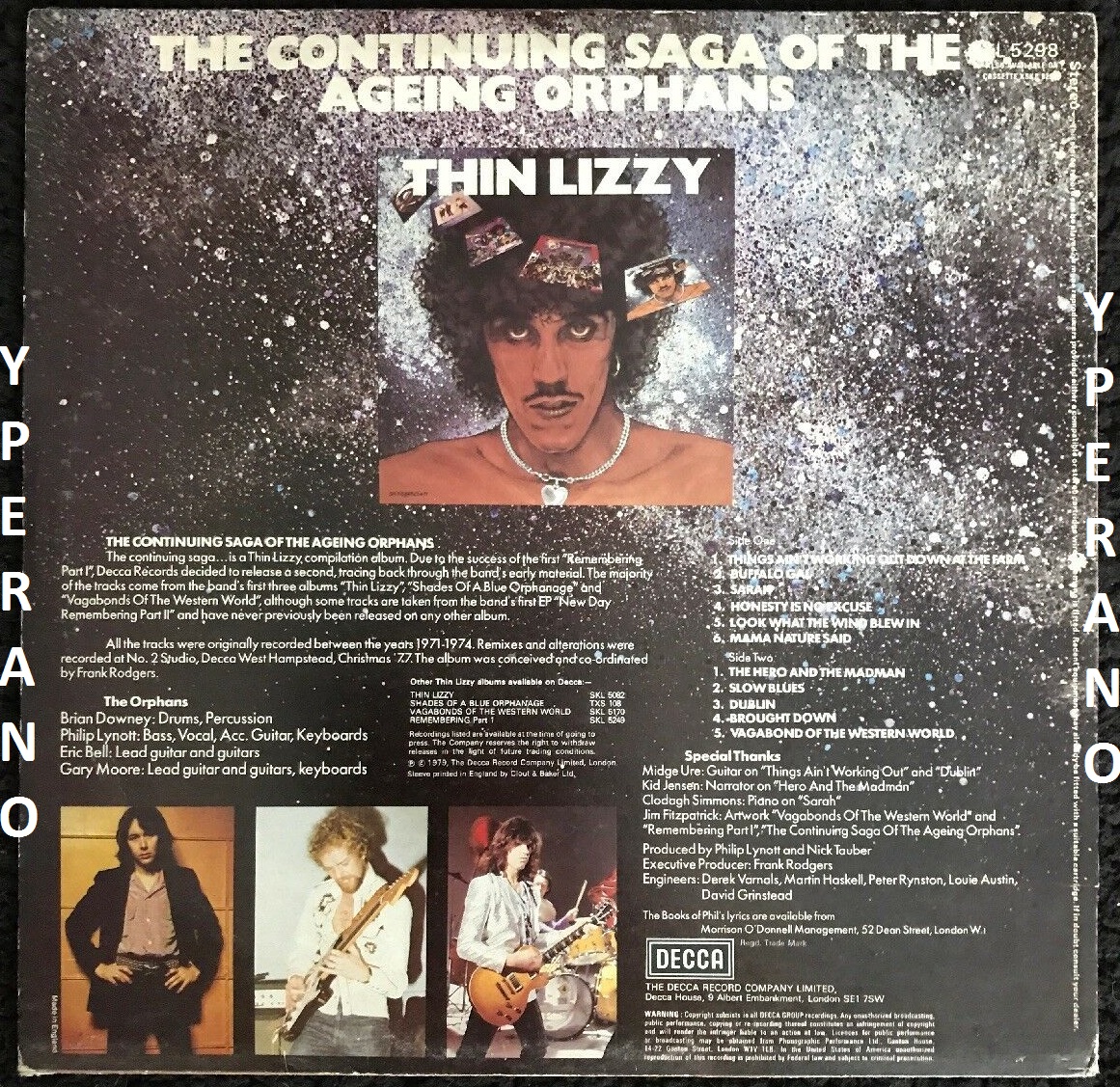 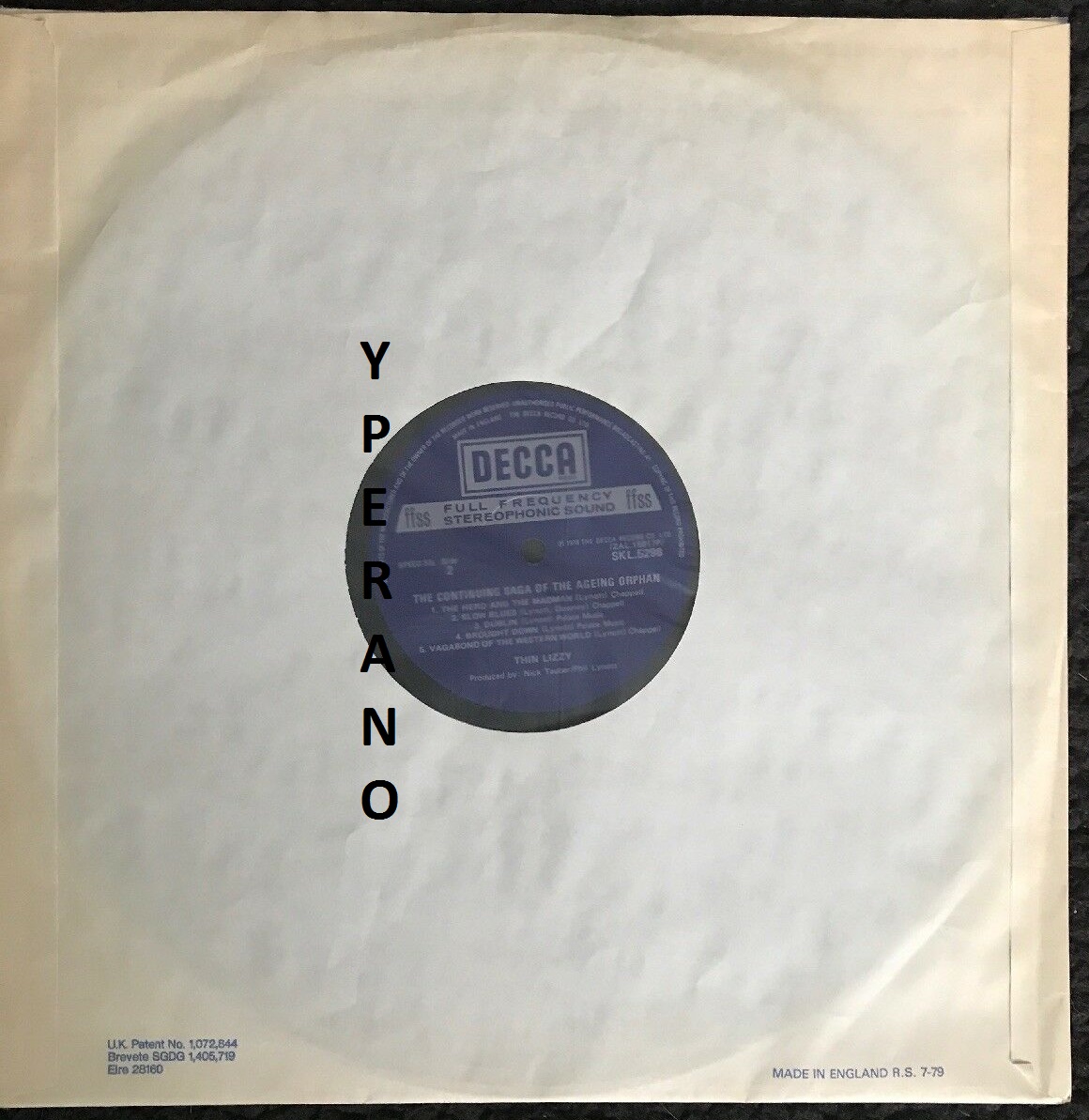 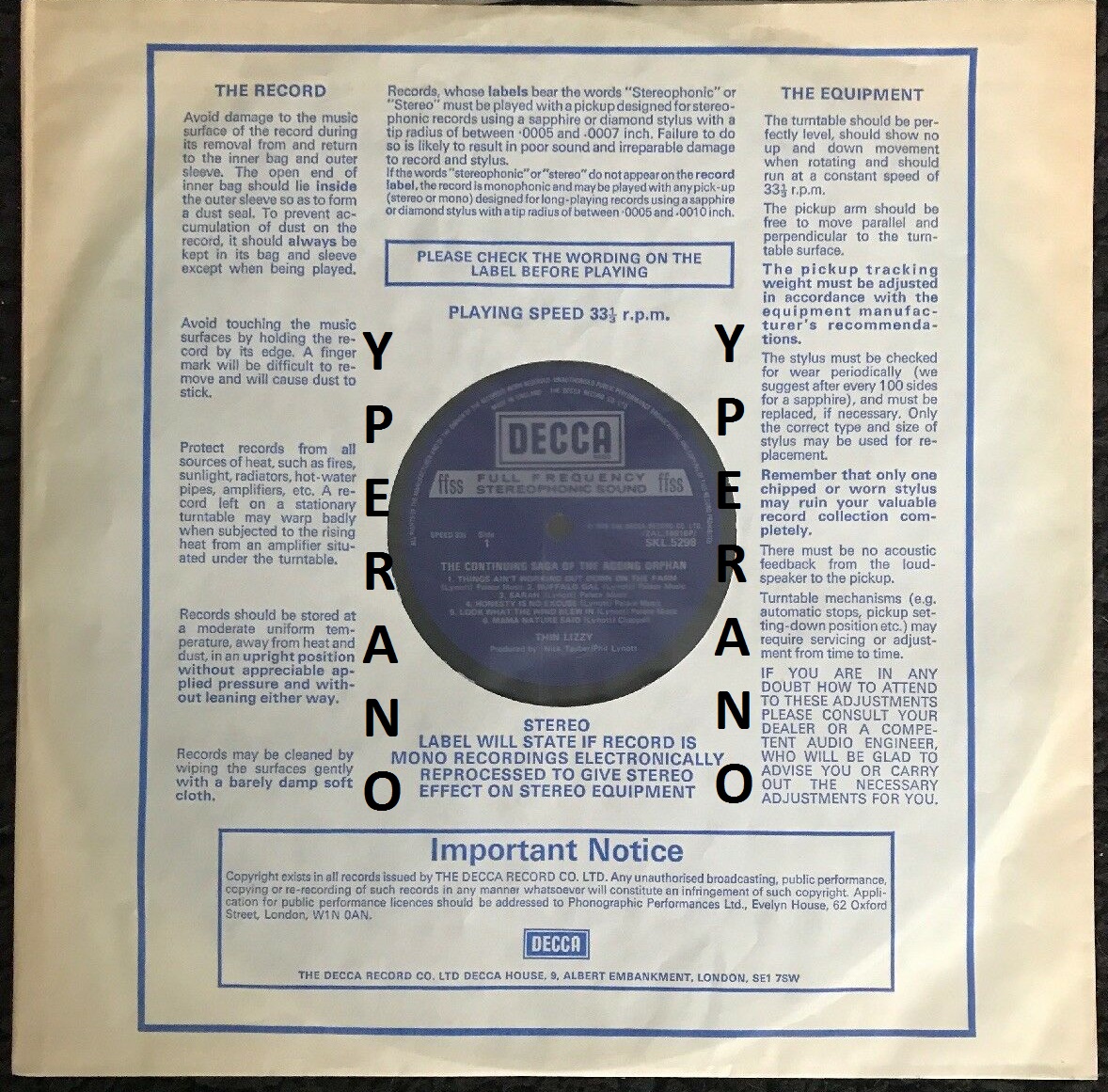 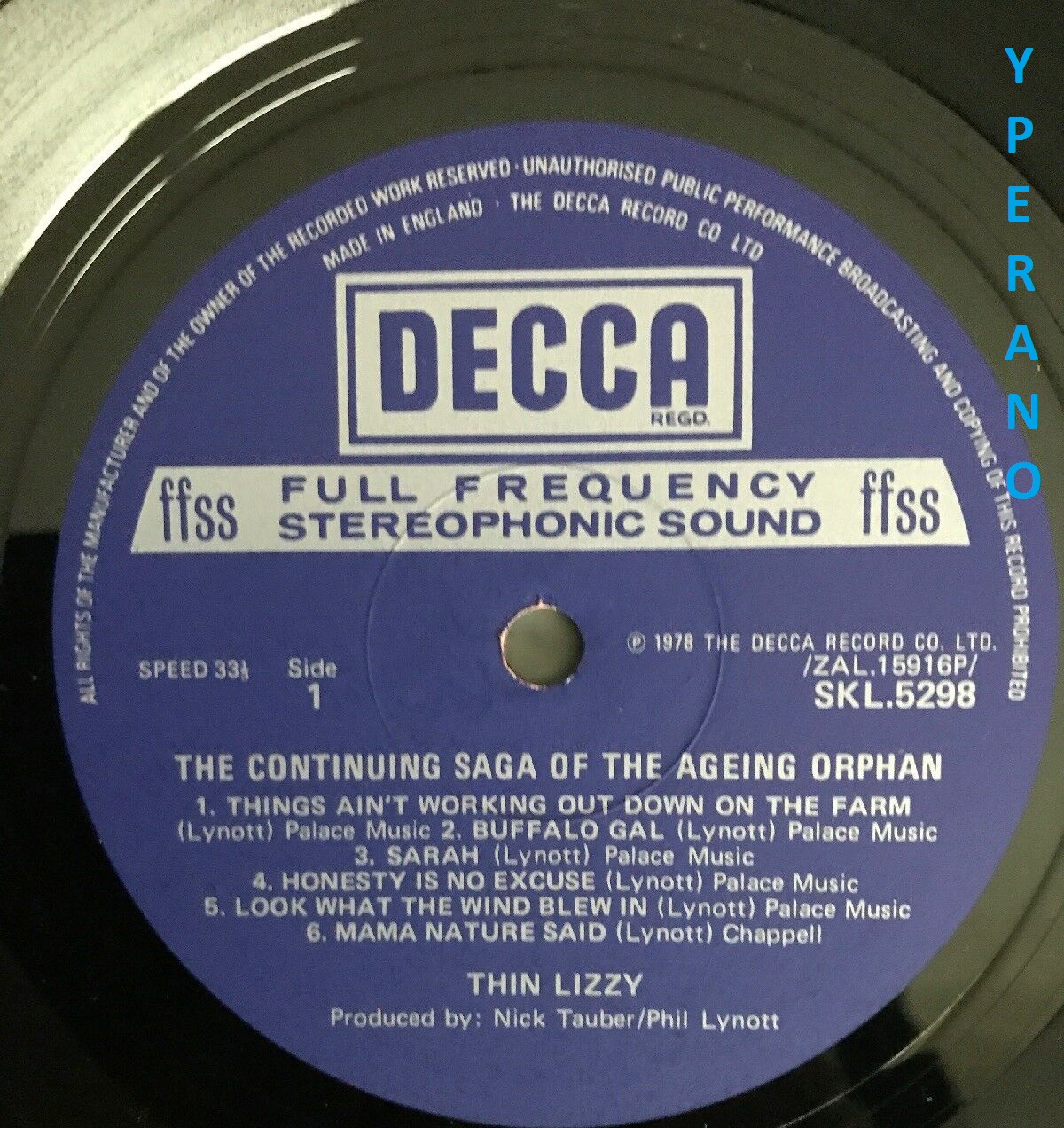 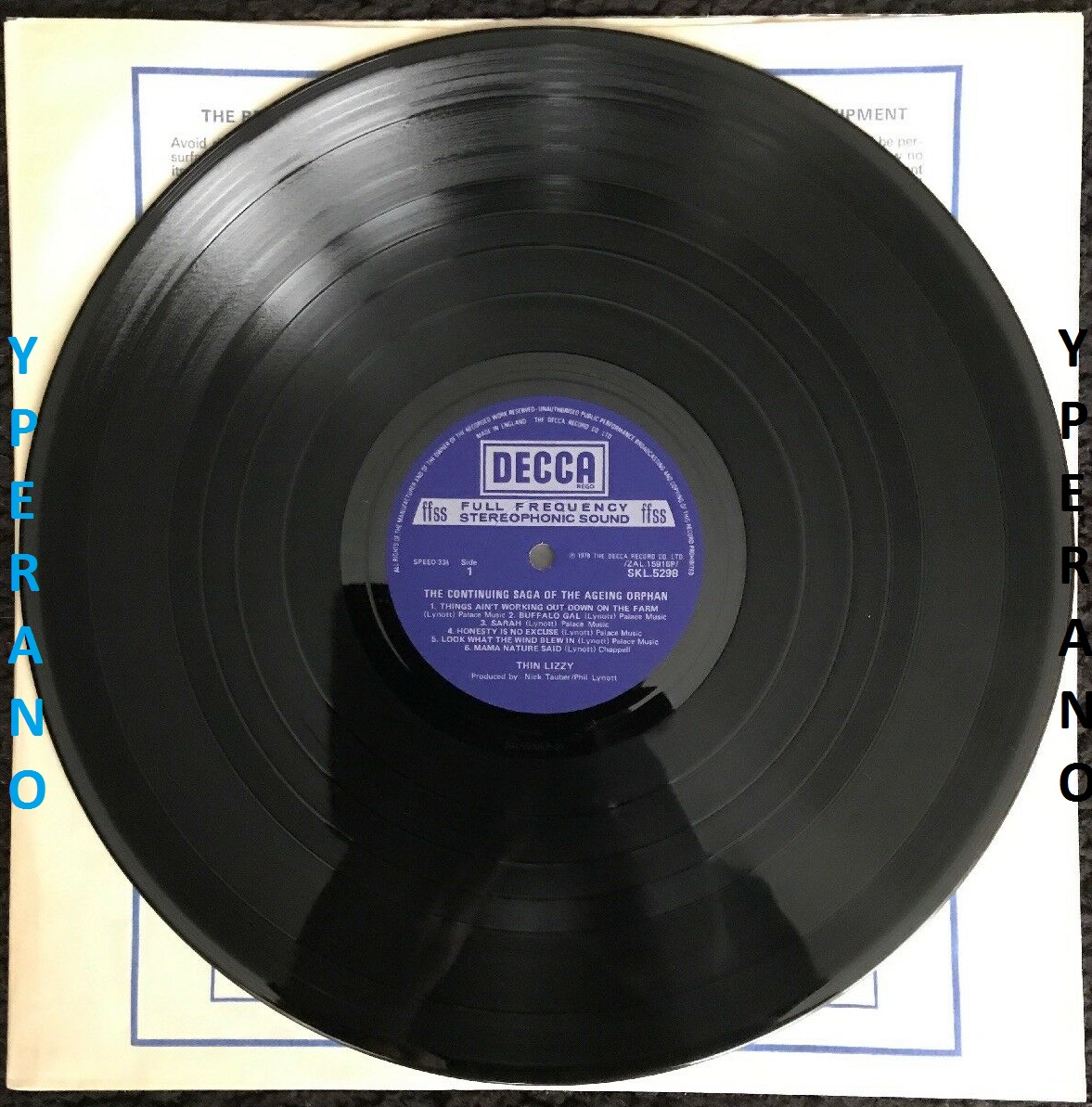 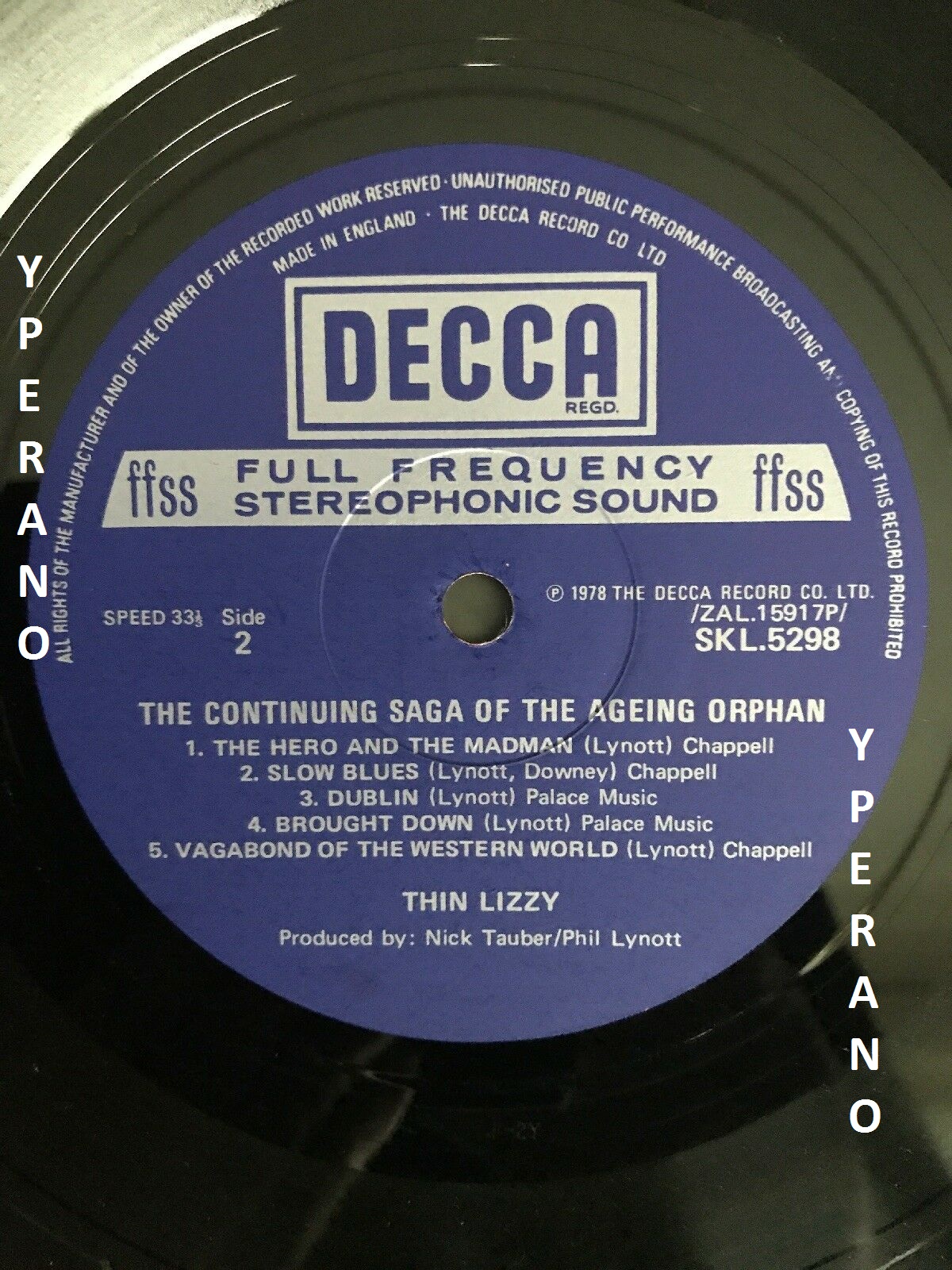 The Continuing Saga of the Ageing Orphans is a 1979 compilation album by the rock group Thin Lizzy.
Despite ostensibly featuring a selection of songs from the bands first three albums and their rare “New Day” EP, most of the tracks are in fact different to the originally released versions, having been remixed and altered with newly recorded material specially for this release. Of the 11 tracks, only “Mama Nature Said”, “The Hero and the Madman” and “Vagabond of the Western World” (all from Vagabonds of the Western World) are the same as their original album counterparts; the remaining tracks are remixed with new material recorded in 1977. Midge Ure (of Ultravox) and Gary Moore feature on some of the newly recorded songs. Despite the albums name, it does not include the track “Saga of the Ageing Orphan” from the bands first album.
The album has long been out of print.

According to the sleeve notes, “All the tracks were originally recorded between the years 19711974. Remixes and alterations were recorded at No. 2 Studio, Decca West Hampstead, Christmas ’77.” The engineers are listed as Derek Varnals, Martin Haskell, Peter Rynston, Louie Austin and David Grinstead.