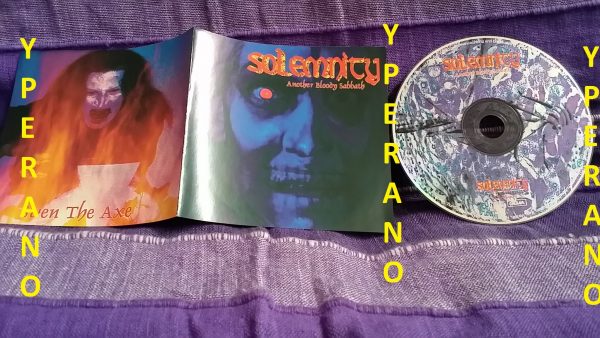 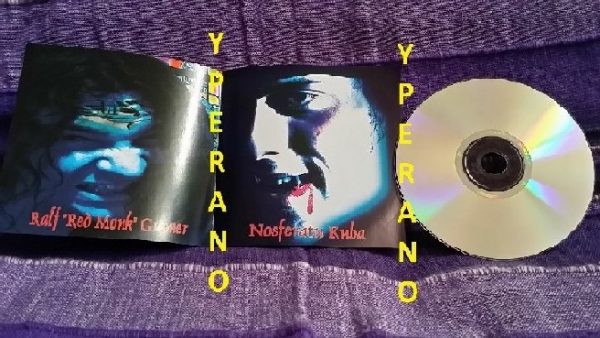 80’s-influenced Power/Epic Metal. It’s somehow weird that the band does not seem to have yet received enough recognition in the ranks of ‘cult’ Epic Metal devotees, even if they’ve already released a set of remarkable albums.
Adopting a ‘horror’ image along with the music’s traditional ‘obscure’ U.S. Metal sums it up to the band’s trademark. Early Manowar, Brocas Helm, Cirith Ungol, Manilla Road, some of Iron Maiden (mainly due to the aforementioned band’s own influences) are the bands that can seriously describe the sound of Solemnity, a band really dedicated to their scope. Running their own label, they seem really confident about what they do. Consisting of six tracks, the EP features two cover versions of the legendary Cirith Ungol cut What Does It Take along with Ungol’s fellow U.S. occult Epic metallers Manilla Road’s Mystification. As for the rest, the live cuts of Mephisto and Bloodbath (original versions on the 2005’s Shockwaves Of Steel album) are a great addition to the track listing, plus the opening track (dedicated to the band’s French fans; sang – I guess – in French) and the Dreamtime opus seem to be two good, newly ‘forged’ songs. Pas mal…
Friends of traditional ‘epic’ Metal music, if you haven’t yet discovered the band, give it a try. Death SS legend Steve Sylvester has already approved their value – did backing vocals on Vampire Dance from the 2003 King Of Dreams album – and that’s a good hint.