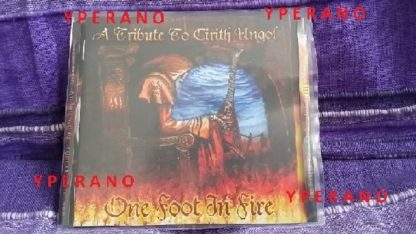 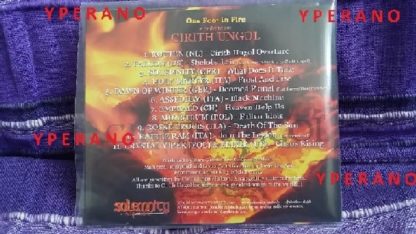 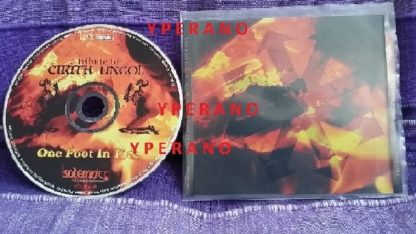 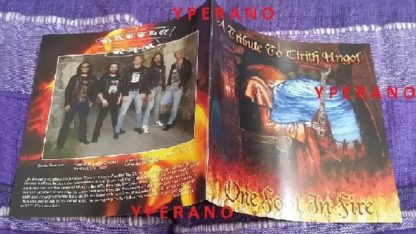 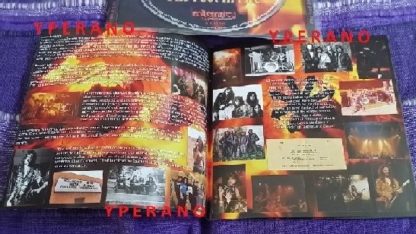 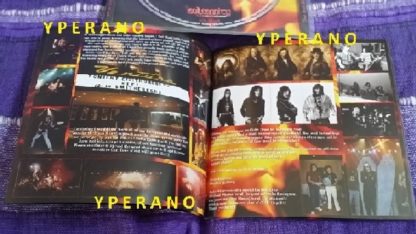 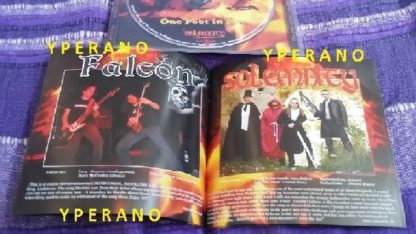 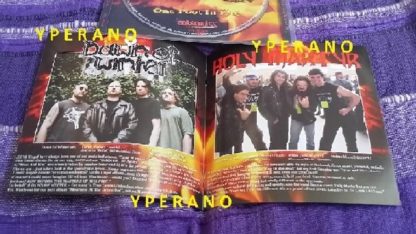 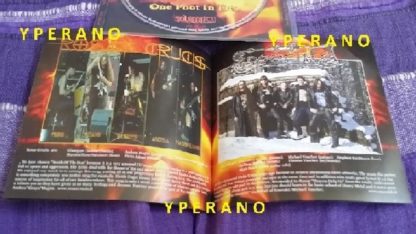 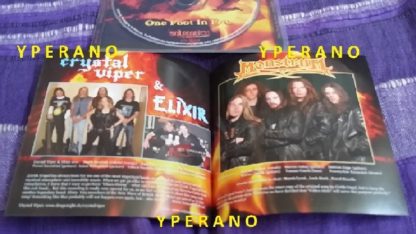 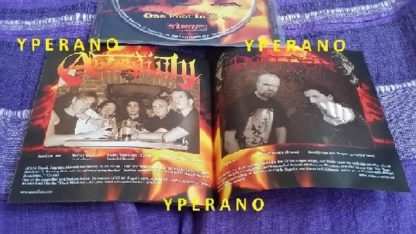 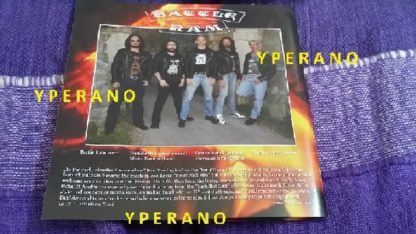 1.Rotten Cirith Ungol Overture
2.Falcon Shelobs Lair
3.Solemnity What Does It Take [also released on the EP “Another Bloody Sabbath” (2006)]

Cirith Ungol: One of the most underrated bands of all time in the global history of Heavy Metal music. The definite love-’em-or-hate-’em band, the band with one of the most peculiar sounds ever to emerge in the last 35 years. This U.S. act approached the ideals of Metal music in the weirdest way, no questions asked. Ok, they didn’t sell that much in the 80s but – in the end – who cares? Leave this to ‘the truest and let the Frost And Fire of this ‘diamond’ act burn inside of you forever and ever! Shit, this tribute CD has a very good reason for existence nowadays
Some of the songs were made years before this compilation, others have been made specially for this album. The booklet contains linernotes written by Robert Garven. Cover was painted by Michal Oracz who also has done covers for Lord Vader and Damascus Steel.

the contributing bands to this Cirith Ungol tribute sound a lot more sincere. Needless to say that they are fans, and that is a guarantee for some extra commitment.
Cirith Ungol had a singer with a unique voice: Tim Baker. Now every comparison with no matter what great singer would not do him justice, but for the benefit of those who have not got a clue how Tim sounds like, try imagine a combination of a screaming Jon Oliva and Axl Rose in his best days and youll get the kind of picture. It goes without saying that is almost but impossible to copy something unique, and the bands where smart enough not to try so, with the exception of the Italian outfit Rosae Crucis. On their surprisingly cool version of Death Of The Sun singer Guiseppe comes frighteningly close to Tim Bakers shrieks of terror, thus making this song one of the best of the album. The other vocals differ in quality, and range from reasonable (Crystal Viper, Solemnity, Holy Martyr, Dawn Of Winter) down to great (Assedium and Emerald). The musical part is pretty well done mostly, although there is hardly experimented with different arrangements and alternative instruments.
Also worth mentioning are the tracks Cirith Ungol Overture and Shelobs Lair, which are not CU originals. So what are they doing on this CD than? Well, Cirith Ungol Overture (the opening track) is a medley of five CU songs, performed by the Dutch CU fans Hans Kuurstra en Martijn van den Bergen under the moniker Rotten. Shelobs Lair was written by original CU bass player Greg Lindstrom, and was originally on the first CD of Falcon (his own band) that was released in 2004. Especially for this Tribute the song has been re-mixed, and it does not sound bad at all. It does have a genuine Cirith Ungol feel, I would love to hear this sucker with Tim Baker on vocals, or someone that really comes close.
So, in a nutshell, at last a Tribute album that isnt purely for commercial purposes, but on which the term hero-worshiping has lost nothing of its initial meaning.

World-renowned art historian Goniloc provides some stunning insight into the artwork of the Cirith Ungol discography. 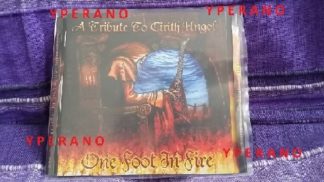