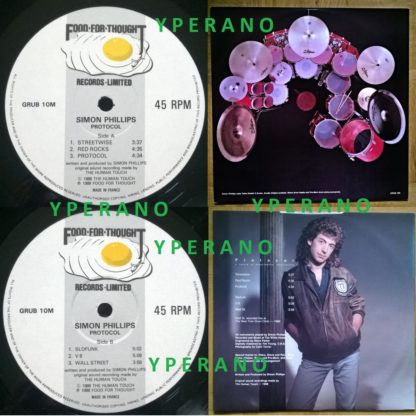 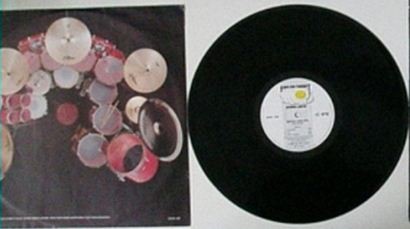 I was listening to an interview with Neil Peart (drummer of Rush for those who don’t know) and he mentioned that a true master knows when to play, how to play it, and when to stop. He also mentioned that a true master is not someone who can only play a single style well but rather, one who has a vast repertoire of styles and techniques and can access them at will. This is Simon Phillips. A master; flashy without being flashy and sublimely tasteful throughout the recording. This LP will fill you with awe and get your adrenaline pumping too.
This album is a drumming tour de force and is a must have for any drummer or otherwise serious musician. I cannot recommend it enough.
The sound is amazing and the virtuosity of the composer is overwhelming. A must have for any serious drummer or friends of impressive drumming a record of experimental observations 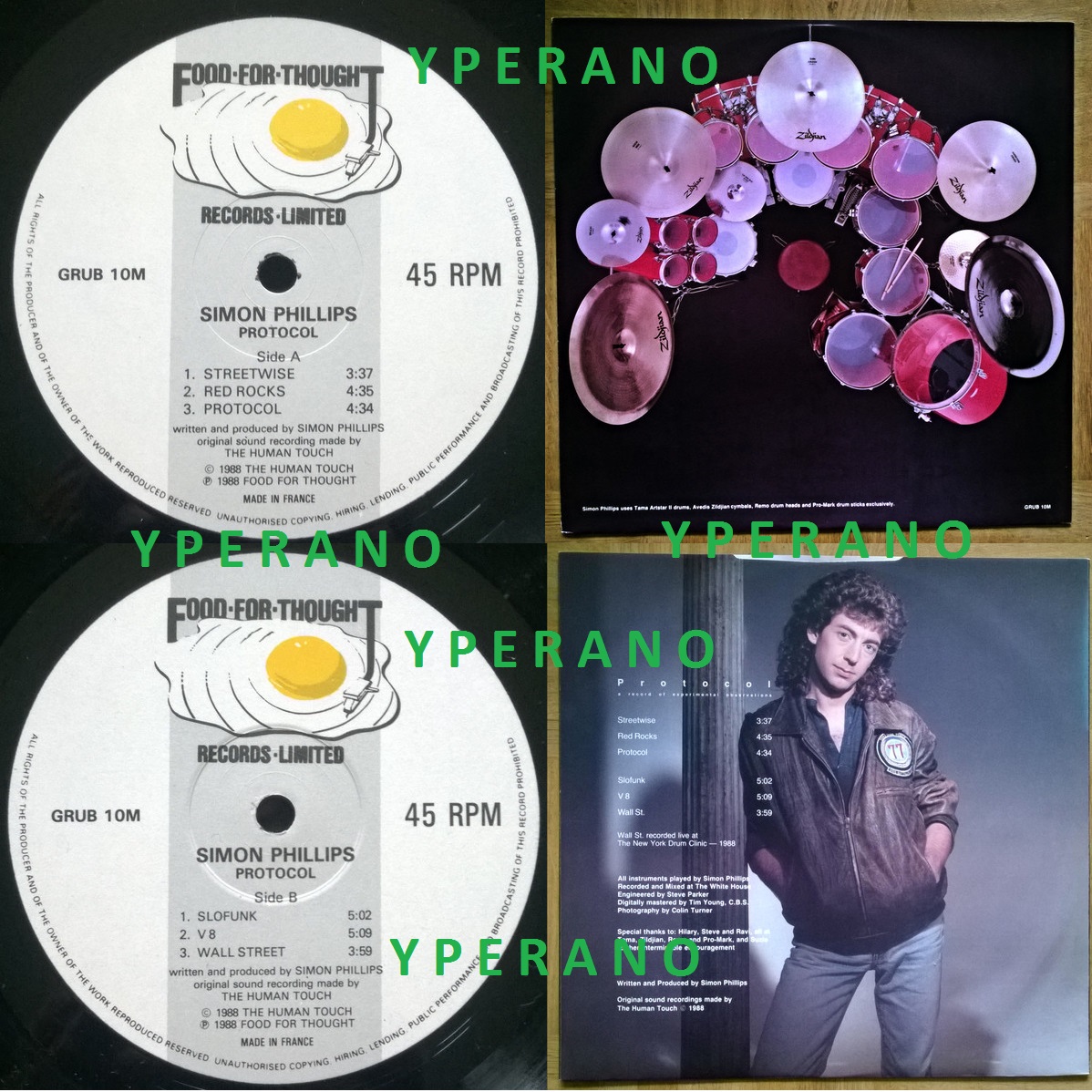 Protocol
Protocol is Simon’s band that he started in 1988.

Simon Phillips is by far one of the world’s most renowned and respected drummers, whose

style not only reflects his technical gift but also his distinct musical sensibility. Whether it is Rock, Fusion, Jazz or World, Simon applies the same precision and intensity to his drumming, which is never lacking in emotion and feel.

Simon’s professional musical career began at the early age of twelve, performing and recording with his father’s, Sid Phillips, Dixieland band until he turned sixteen when he joined the London production of the musical “Jesus Christ Superstar”. Simon soon became one of London’s most celebrated session drummers. In his early twenties he was well on his way to having a musical career nothing short of brilliance. To date he has toured and recorded with many bands and artists, including: Mick Jagger, The Who, Jeff Beck, Jack Bruce, Peter Gabriel, Joe Satriani, Tears for Fears, Judas Priest, Roxy Music, Michael Schenker, Nik Kershaw, Al DiMeola, 801, Pete Townshend, Robert Palmer, Stanley Clarke, The Pretenders, Whitesnake and Dave Gilmore… to name but a few.

Expanding his career from drumming to composing, Simon recorded his first solo album “Protocol” in 1988,  joined Toto on their Kingdom Of Desire tour of the World and this was the start of a 21 year collaboration,  recorded his solo album, “Symbiosis”.

A record of experimental observations.

My first solo CD – well not a whole one!

Considered in 1988 a “mini-album” – a sort of EP which traditionally had 4 titles on it – Protocol had 5. Originally these tunes were meant for a complete album with a decent budget so I could have my favorite players record with me. However, after chasing a few record companies, no-one was willing to sign me with this kind of instrumental music. So I decided to record these as they were and play everything myself and use the CD as a promotional device to accompany me on clinics. Recorded and mixed in a week with one other person, Steve Parker engineering, at my studio in England. Somehow Music For Nations, a company who had signed Metallica and Nuclear Assault, loved it and released it in 1989 with the addition of Wall Street, a drum solo recorded during a clinic in New York in ’88. I was on tour with Mick Jagger in Jakarta, Indonesia, waiting at the airport for a flight to New Zealand, whilst on the phone to the mastering engineer, Tim Young, in London at CBS studios, guiding him as to which part of the solo to use. It was a good feeling to have finally released my first solo CD and although not what I had originally planned, it was a start to my solo career”. 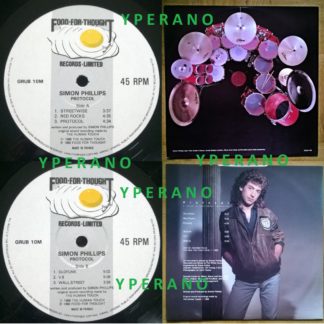