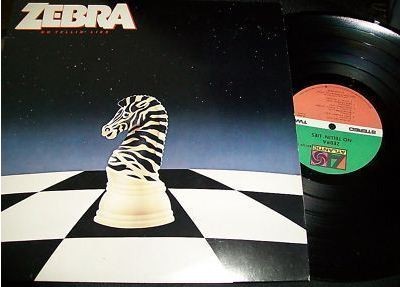 A likely story: Band releases an outstanding debut honed over years of sweat and blood but then the second album gets lost in the undertow. Through time, No Tellin’ Lies suffers even more being sandwiched between not only the brilliant Zebra but also the dazzling manifesto 3.V. Yet Lies remains a quality slab, with awesome airwavers in the ripping “Wait Until the Summers Gone” (try deciphering those lyrics)” and the unique “Bears” (don’t forget the accompanying vids). While “I Don’t Like It” and “Takin’ a Stance” ring true and rock mightily. “But No More” simply stands as one of the trios best songs.

The LP RECORD is titled ZEBRA – NO TELLIN’ LIES. The vinyl is play tested and plays strong. The labels are clean. Atlantic Records inner sleeve. The jacket has a white title strip on the front and states Promotion. The jacket is stamped upper right front Promotional. The jacket shows a little ring wear, VG. 10 tracks. ATLANTIC RECORDS 80159-1. 1984 Atlantic Records. Promo Copy. Made in the USA.

——————————————————–
Zebra is one of those great overlooked bands that just didn’t get their just rewards for all their great music! They were hard rock but it sounded so good…and only 3 band members made this even more remarkable!! I’ve been fortunate to have been a teenager when they released their first album and loved them! Hes got a killer voice man!!!

People talk about RUSH only being 3 guys making all that sound, well how about Zebra. I mean how do they get so easily overlooked.This is a bands, band. I know some bands & musicians.I can tell you they all know Randy Jackson & Zebra. They all know Drivin N Cryin too. Another great overlooked band. 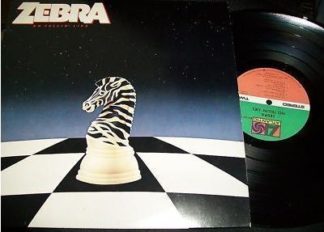