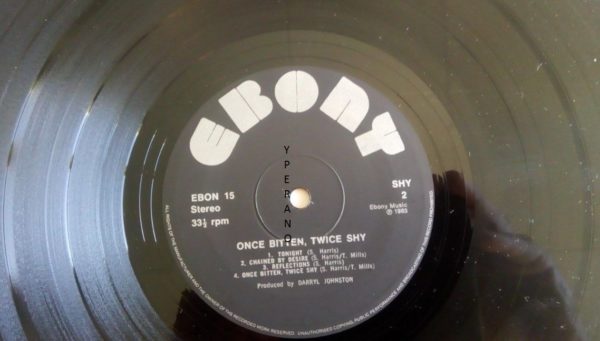 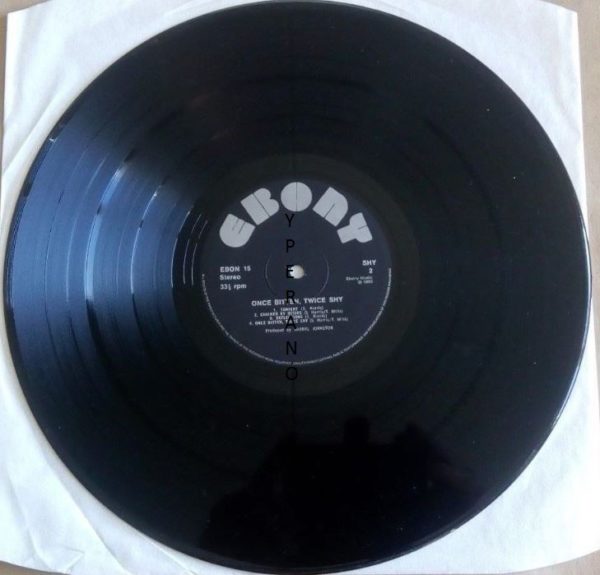 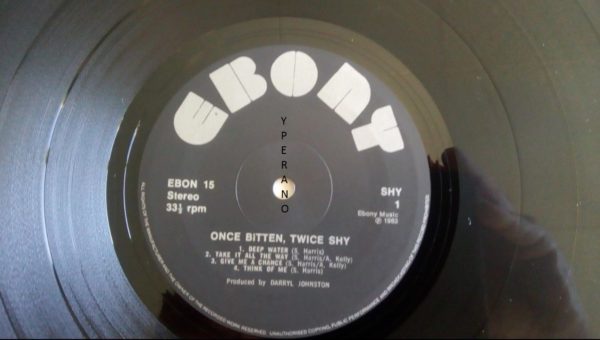 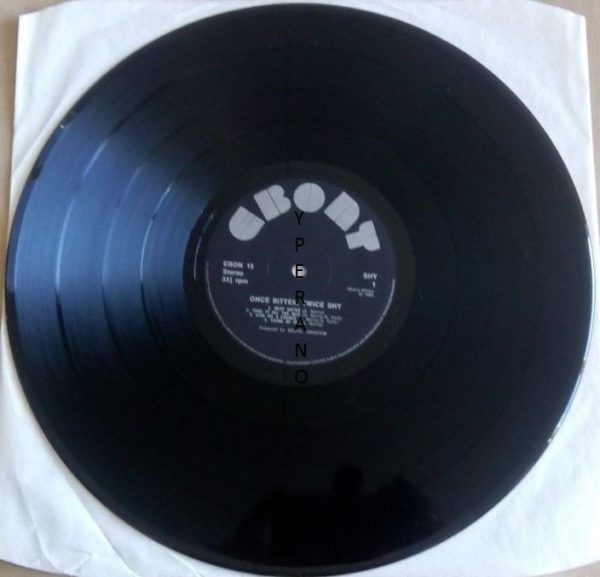 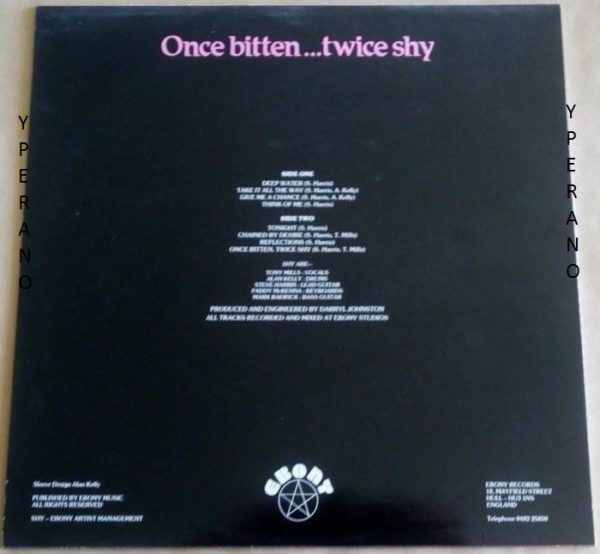 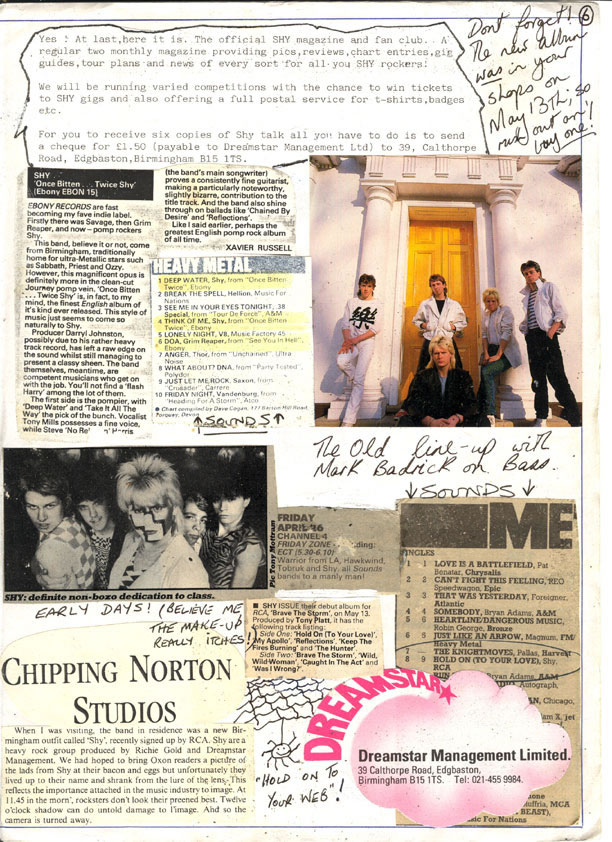 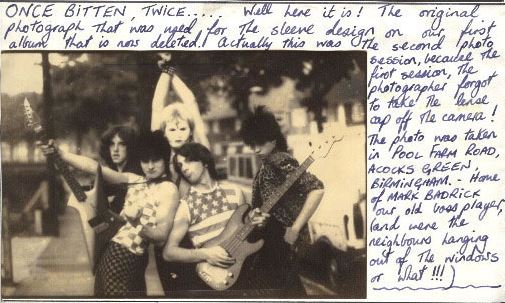 Tracklist
A1 Deep Water
A2 Take It All The Way
A3 Give Me A Chance
A4 Think Of Me
B1 Tonight
B2 Chained By Desire
B3 Reflections
B4 Once Bitten, Twice Shy

All tracks recorded and mixed at Ebony Studios

Shy – Tonight-01 doesn’t have a back ground but you can listen to the music.

Shy – Tonight:  doesn’t have a back ground picture, but you can listen to the music (the audio).

The debut album, Once Bitten… Twice Shy was referred to in 1983 as perhaps the greatest English pomp rock album of all time” by Kerrang!’s Xavier Russell. Their first album, called Once Bitten…Twice…, was released in 1983. Initial reports from Kerrang! were incredibly positive, however, a reporter was increasingly sarcastic to the band in the interview that would follow. After the release, Mills ditched his David Bowie-esque make up, and Mark Badrick was replaced by former Trouble bassist Roy Davies.

An excellent debut album.’Reflections’ is my favorite song on the LP but that’s not to take away from the rest of it. No filler songs on this, just a good listen all the way through.

Ebony (1983)
Rating: 9/10
As soon as  Deep Water  opened the LP visions of bands like April Wine, Pretty Rough, Dokken and Aldo Nova came to mind. Those of you who like US / Canuck rock, I thoroughly recommend this LP, and don’t be put off by the sleeve. In fact, it puts US acts such as Cobra, Preview and James House in the shade.

The aforementioned  Deep Water  opens the LP and sure as hell sounds totally American. Where has the band been hiding all this time?  Take It All Away  follows, starting with a delicate synth intro and bursting into an uptempo rocker. The guitarist, Steve Harris, is really proficient for such an unknown and along with Hellanbach’s Dave Patton one of the best I’ve heard in ages. Side one’s closer  Think Of Me  is an absolute classic; excellent vocals from Tony Mills and classy keyboards from Paddy McKenna. The guitar solo on this number is where Steve Harris really lets rip and shows off his immense talent.

Side two is basically as hot as side one, with  Chained By Desire  being another really standout track. While  Reflections  is classic AOR of the breed that will have Kerrang! scribes Derek Oliver / Xavier Russell wetting their pants! It reminds me a lot of Styx and Shooting Star. The title track closes the LP and is another uptempo rocker.

All in all, Once Bitten… Twice Shy is a debut album to be totally proud of and one to send to all the major record companies. Definitely one of the best LPs of 1983.
[by Kelv Hellrazer taken from Metal Forces, Issue 2 (1983)]