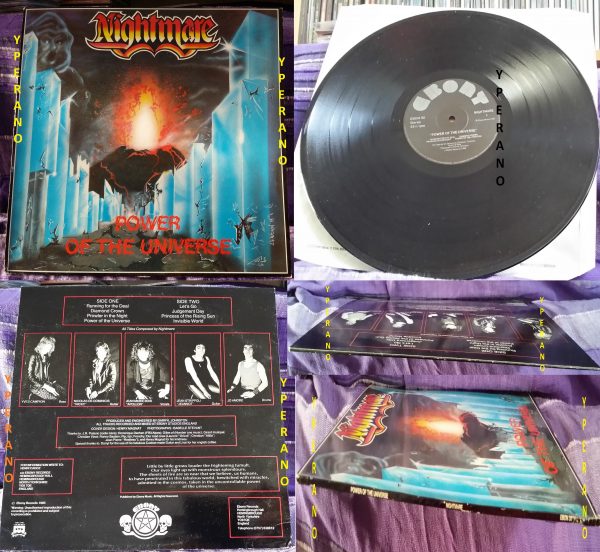 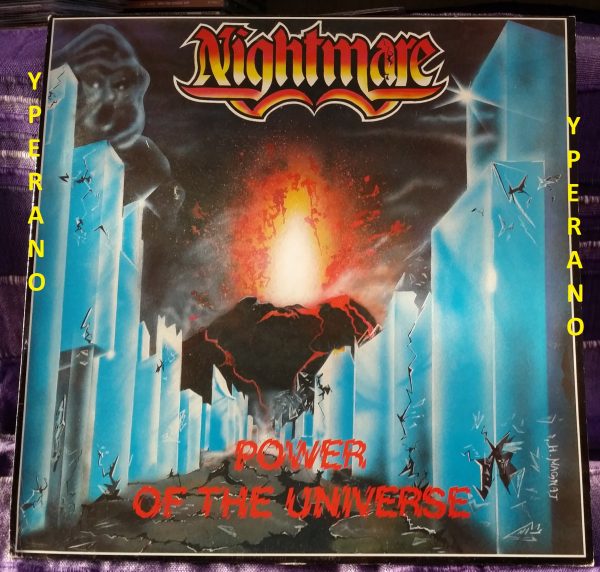 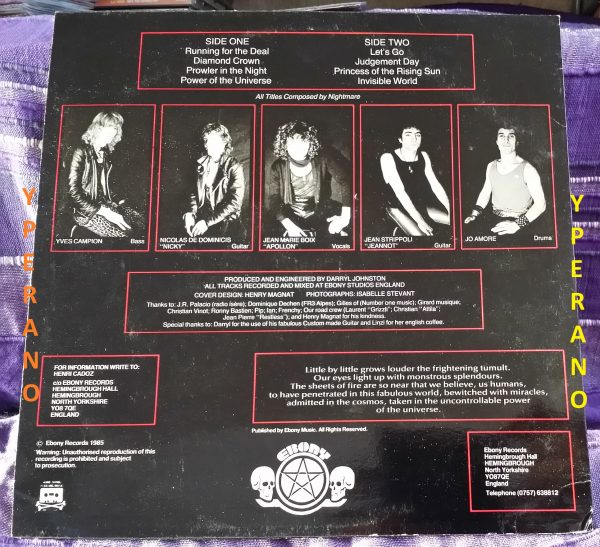 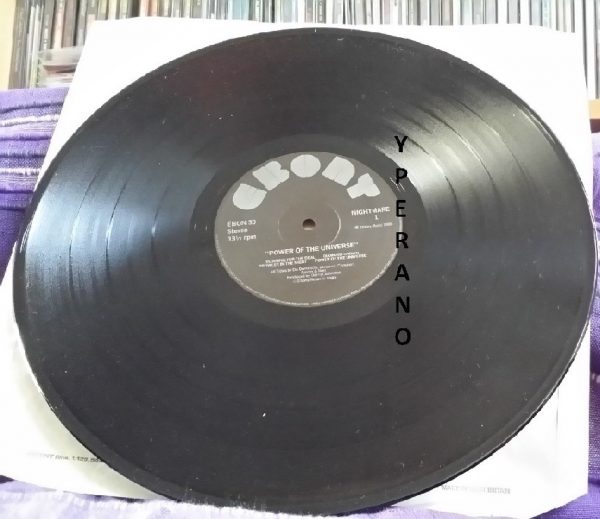 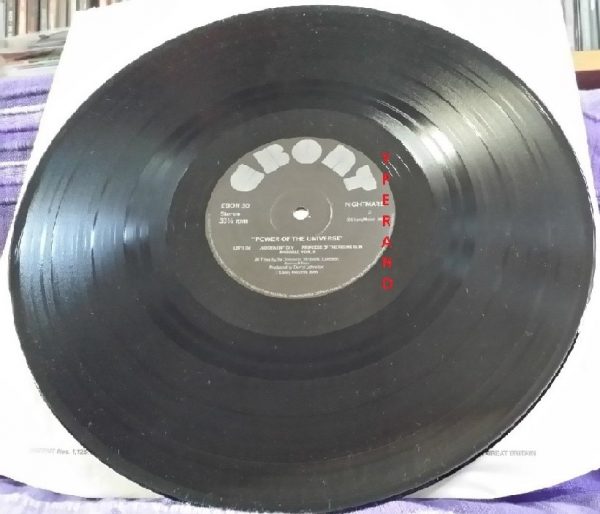 After their fairly successful début Waiting for the Twilight (which still to this day remains one of the best French metal albums) which achieved admirable success especially within the Japanese charts, Nightmare return in slightly different form. Christophe Houpert being retired in favour for young Jean-Marie Boix (R.I.P.), who brings a stronger, more balanced mid-range to the groups sound, creating somewhat of a more accessible style.

As mentioned, Jean-Marie Boix does bring more power to Nightmare with a much broader range than Houperts high, dreamy, haunting falsetto. Boix generally matches Houperts high range quite easily, though usually doesnt call upon it in the consistent singing style Houpert does, instead coming across something like Sortilège frontman Christian Augustin with a more U.S. power style of singing with a powerful mid-range accented by outbursting shrieks of energy. I can see how some could find Houperts style a little bit too light hitting and not near powerful enough as his voice isnt nearly as conventionally well-trained or versatile as those of Boix. That being said though, I find something quite beautiful and fitting in Houperts melancholy cry that fitted Nightmares music like a glove. If asked which vocalist I like more, I honestly couldnt answer as they both serve their purposes well.

The music is a little more in the mid-paced drum-heavy songs like the title track, Power of the Universe.
Invisible World is your token French powerful ballad and equally other songs all have defining and memorable moments throughout like a riff, twin guitar harmony, or solo that stands out and is executed masterfully. The musicianship is still all top notch.
One song that stands above all others, the song that got me into Nightmare and one of my first tastes of French metal cuisine with its low budget video clip made for French TV in 85, its the B-side starter Lets Go. 3:25 of pure Nightmare arse-kicking, power-infused heavy metal. Probably my favourite Nightmare track certainly up there with favourites from the first LP such as Trust a Crowd and Waiting for the Twilight.

Power of the Universe marks the last classic line-up album Nightmare would release, with Ebony Records going bankrupt and Jean-Marie Boix having to leave (circa. 1986) due to apparent serious illness which I can only hope that its not the same serious illness that led to his tragically young demise thirteen years later (age 37). Theyd have another go in 1987, releasing a demo tape with ex-Praying Mantis vocalist Tom Jackson. After that Nightmare split, only to return in 1999 with original drummer Jo Amore taking up vocal duties (stranger things have happened) and playing much heavier modern Euro-styled power metal with occasional thrash leanings..

This is by far my favorite French band, again – you guessed it – from the golden period of the 80s.

Nightmare was formed back in 1979 and released their first demo in 1981. However, we had to wait until 1985 for their greatest work, which was named “Power of the Universe”. This album is French Power Metal at its finest.

The entire album is worthy of listening, but a few songs manage to stand out above the rest. One such example is “Princess of the Rising Sun” which you are listening to now.

Lineup at the time of release: