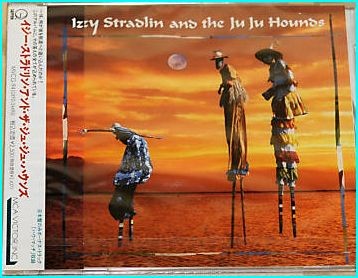 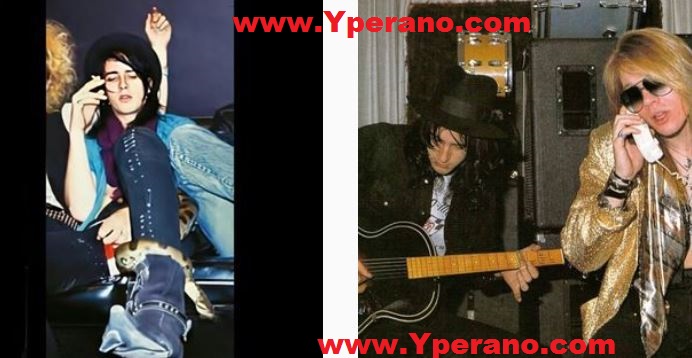 Izzy Stradlin was always the most gifted member of Guns N’ Roses, able to put a modern spin on the classic Rock of Chuck Berry, the Stones, and the Faces, as well as the New York Dolls and Sex Pistols. Axl may have had the angst and Slash may have had the chops, but Izzy had the smarts and the heart. Izzy Stradlin left Guns N’ Roses in late 1991. On his debut solo album, released in 1992, the traditional elements that had always formed the backbone of Stradlin’s music with Guns N’ Roses come to the forefront. Unlike future albums released by Stradlin, this one was released under a band name: Izzy Stradlin and the Ju Ju Hounds. The album spawned two Top 20 Rock radio hits: “Shuffle It All” and “Somebody Knockin'”.

===========================
An underrated classic,
On “”Izzy Stradlin And The Ju Ju Hounds””, Stradlin left his GnR-past behind, and presented himself as a rock guitarist in the vein of the Faces and the Stones, but with a style all of his own.
This is a wonderful rock n’ roll album, plain and simple, and worth all of five stars. It continues to grow on me, and I’ve had it ever since it came out ten years (and two month!) ago.
It may be lacking the obvious pop hit, but the quality of the songs is so high all the way through, not a single truly weak moment in sight. All in all, a real testament to Izzy Stradlin’s abilities as a songwriter, a guitarist, a producer, and an arranger.

The album contains a mixture of bluesy rockers (including a faithful cover of Ronnie Wood’s “”Take A Look At The Guy””), ballads, and even a reggae-cover, Frederic ‘Toots’ Hibbert and the Maytal’s “”Pressure Drop””.
On “”Ju Ju Hounds””, Stradlin has surrounded himself with an extremely competent backing band, including former Georgia Satelites-guitarist Rick Richards, drummer Charlie Quintana, and the Faces’ keyboardist Ian McLagan playing piano and Hammond B3 organ.
And the results are terrific. Stradlin’s vocal delivery is somewhere in between the nasal whine of Bob Dylan and the hoarse whisper of Keith Richards, but his range is actually not at all bad, and his voice is more powerful than you would expect if you’ve only ever heard him do “”Dust n’ Bones”” and “”14 Years”” with Guns n’ Roses.

The opening track, “”Somebody Knockin'””, is a sturdy, mid-tempo rocker worthy of the Stones, and it is followed by the Ju Ju Hounds’ hard-rockin cover of “”Pressure Drop””, with a catchy instrumental reggae-coda, complete with Izzy Stradlin himself humming along to the syncopated beat.
Then comes a folksy little tune, “”Time Gone By””, which feels like a ballad but is really mid-tempo, and ringing with mandolins and hand-claps, and the absolute highlight of Stradlin’s solo career, the song that should’ve become a classic, but inexplicably never did:
“”Shuffle It All”” starts off with a bluesy bass riff, then come the guitars, and finally the drums and the Hammond B3 kicks in, driving the song along. This is one of the best, grooviest rock shuffles I have ever heard, and the Rolling Stones would’ve been proud had they written it.
“”Bucket O’ Trouble”” is a short punk-throwback, and then comes another highlight, the hard rocker “”Train Tracks””, with Stradlin and Rick Richards drawing a blueprint for all aspiring two-guitar combos to follow.
“”How Will It Go”” is a tender love song, mainly acoustic, but with Richards playing great electric fills over Stradlin’s intricate rhythm and former Broken Homes-bassist Jimmy Ashworth’s mandolin.
And that is followed by perhaps the catchiest rocker on the album, “”Cuttin’ The Rug””, sporting more great, interlocking guitar work from Stradlin and Richards, and organ by Ian McLagan.

Finally, Ronnie Wood himself guests on “”Take A Look At The Guy””, playing lead guitar and singing backup, and the album closes with the seven-minute “”Come On Now Inside””, a slow, melancholy blues featuring great slide work from Rick Richards and Ian McLagan playing piano.

You may need to listen to this album a few times in order to truly appreciate it. It is musical craftsmanship of the highest order, but it is not a pop record, and Izzy Stradlin with his raspy, nasal voice is no Perry Como. Still, why this did not become a real hit is beyond me. Song for song, it is as good as the Faces’ best work, and better than anything the Rolling Stones has done since the seventies. 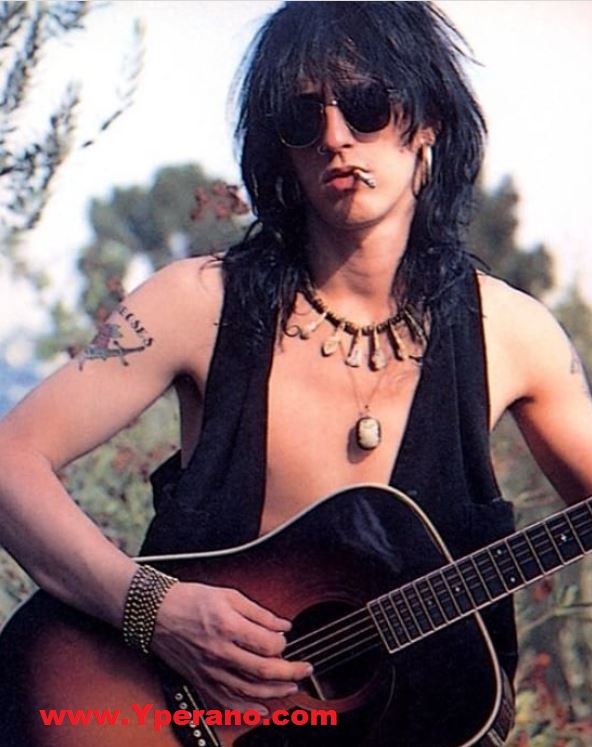 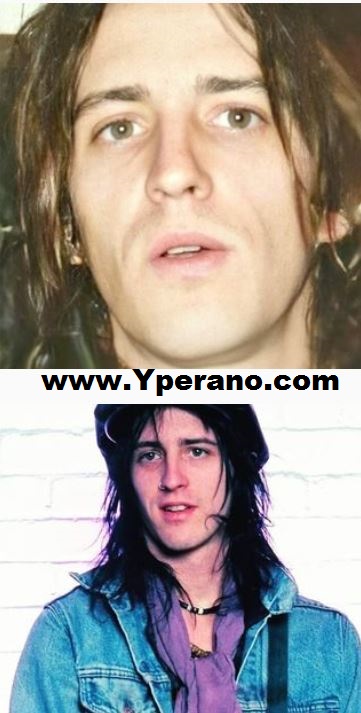 ==========================
Simply Cool
I came across this CD at the back of a drawer a few days ago and it was like I had discovered some long lost treasure. After a six year absence I treated myself to what honestly has to be one of the best rock n’ roll albums I own. You can hear they had a fantastic time making this. It just gels together beautifully. Great tunes that will make your feet tap and any long car journey fly by. It’s now at the top of the CD rack!!

STAPLE FOOD FOR YOUR STEREO,
I bought this album on release & it still stands tall. An original thrashy rock, blues & punk CD that you can bang on full volume after a shite week at work – it will always leave you feeling better after a good dose of Air Guitar. Track 7 – How will it go?, and Track 9 – Take a look at the guy, are Eff Aay Bee. BBBBBBBBBBUUUUUUUYYYYYYYYYY it, a bargain.

=============================
Sublime
This is just one of the best albums you can buy. What we have hear is a mixture of blues, slide guitar and slight punk. The opener Somebody Knockin is just brilliant, Shuffle It All has some cool bass and guitar riffs, and the other tracks are just excellent. Must buy!

Not the norm.
When I first played this album I was expecting it to rock, like the old G’N’R stuff, but to my surprise it didn’t. From the first to the last song you realise how talented Izzy was when he was with G’N’R. This is one of those albums that, no matter where it is played, you wont get a single complaint from anyone. It is, if you will, back ground music or something to listen to on those long hot summer days lazying around with not a care in the world. After hearing this album I realised how much influence Izzy had on Guns music. Songs such as Dust N’ Bones, Double Talkin’ Jive and You Ain’t the First, to name a few. I seriously recommend buying this album, if you are looking to branch out your music genre.

In 1985, guitarist Izzy Stradlin formed Guns N Roses with his friend Axl Rose. Within a few short years, they’d be the biggest band on the planet, taking off in ways the Hollywood via Midwest kids could never have imagined.

Their debut studio album, Appetite for Destruction, quickly became a multi-million seller as the band toured around the world. By 1991, it all got to be too much for Stradlin, who left the band he founded to pursue his own musical vision. “You get to the point where you’re like, ‘Am I going to carry on like this or am I not?’ I said I’m not,” he said in an interview at the time of his departure.

Released on Oct. 13, 1992, Izzy Stradlin and the Ju Ju Hounds contained little of the screech and circumstance of his previous band. The Ju Ju Hounds were a much warmer and modest group, taking cues from blues, reggae, punk and, most notably, the Rolling Stones‘ classic early ’70s period that included Sticky Fingers and Exile on Main St. Stradlin took his love for that earthy style and created his own take on it.

The album kicks off with “Somebody Knockin’,” a raunchy Glimmer Twins-style rocker that sets the stage for where Stradlin’s head and heart truly lied. A punk-fueled cover of Toots & the Maytals’ “Pressure Drop” stirs things up before “Time Gone By” and “Shuffle It All” head right back into Stones’ territory.  Stradlin comes alive within the album’s bluesy grooves. It’s like an open love letter to the music he loved. Nothing sounds forced here.

The Stones and Faces influences aren’t by chance. Guest appearances by keyboardist Ian McLagan and guitarist Ronnie Wood (both of whom were in the Faces) make certain of that. Legendary session player Nicky Hopkins also contributes piano to the record. The album also includes a cover of Wood’s solo song “Take a Look at the Guy,” just in case all these connections weren’t already in place.

Izzy Stradlin and the Ju Ju Hounds was recorded before Stradlin had signed a record deal, though it eventually ended up on Geffen, home of his former band. Even though the album attracted positive reviews and overall enthusiasm from those who heard it, it pretty much came and went without much of a trace. “Shuffle It All” was released as a single, and received modest radio and MTV play, but failed to really take off. Not that Stradlin seemed to care; he just seemed happy not being part of the circus GNR had become.

He was also clean and sober by this point, giving him a different perspective. “I think around 1989 I bottomed out,” he later recalled. “I said, Hey I gotta change — this isn’t working for me anymore. There was a point in 1991 when I was, like, I’m pulling out of this thing. I’ve had enough. It was absolutely out of control. I’m gonna do something else. There’s more to it than this. There’s gotta be more.”

Izzy Stradlin and the Ju Ju Hounds, in the end, sounds like his definitive statement of purpose. 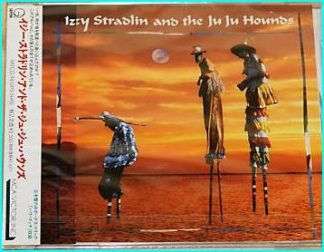