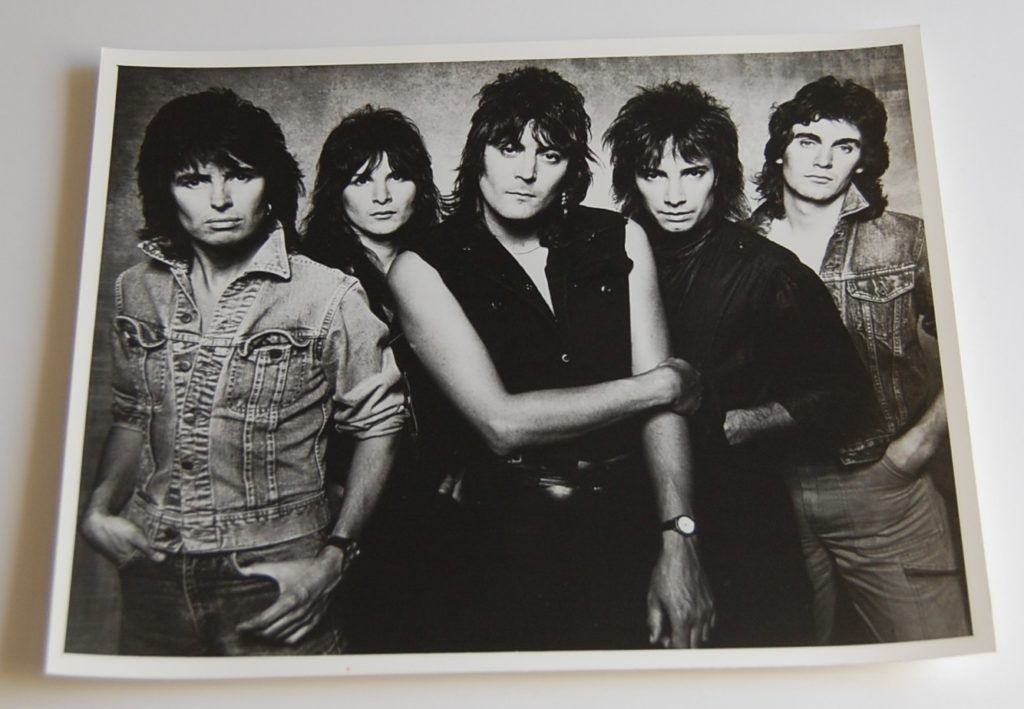 Bassist Pete Way formed Waysted after splitting with UFO in the early ’80s. His new band didn’t stray too far from UFO stylistic template; in fact, Vices mines the UFO/Whitesnake vein of early-’80s European metal pretty devotedly, featuring plenty of hot guitar licks and vapid, sexist lyrics, which is great for this kind of thing, thanks to some good hooks (“”Love Loaded,”” “”Sleazy””) and great guitar work by Ronnie Kayfield. The bizarre “”Women in Chains”” is, to its credit, easily the most unusual thing on the album, along with the cover of Jefferson Airplane “”Somebody to Love””.
===================================================
5.0 out of 5 stars Raw and representative,
It may not be the silky ‘rock’ sound of this millennium, but when ‘Vices’ was released it was the sound the band wanted to make and the fans wanted to hear, especially considering founder Pete Way previous employer opting to leave the ‘hard’ out of rock (let alone the ‘heavy’ out of metal). Best enjoyed with a pint of cider whilst wearing your old cap-sleeve T-shirt – if it still fits – before hitting the town. Shame this type of production is hard to find today. Great stuff and good to see Way & Co are still flying the flag and outlasting the wimps that followed. Hair gel anyone?
====================================================
Waysted was a band led by ex-UFO bassist (and bad boy) Pete Way. Vices was Waysted’s debut. It came out on Chrysalis Records. This album rocks hard in a gritty, boozy way. Vocalist  Fin  has a rusty voice that sounds road-weary, cigarette-stained, and whiskey-soaked. He and the Waysted lads plow through this awesome set of loose and lively rockers.
Two songs stand out as exceptional in my opinion; All Belongs To You and Right From The Start. But really, seven of the nine tracks are, at minimum, highly enjoyable. For that stripped-down dirty rock sound, Waysted was the genuine article. My score: A”