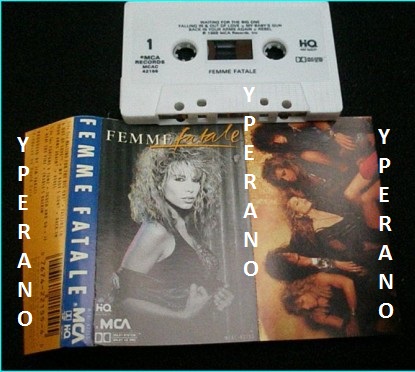 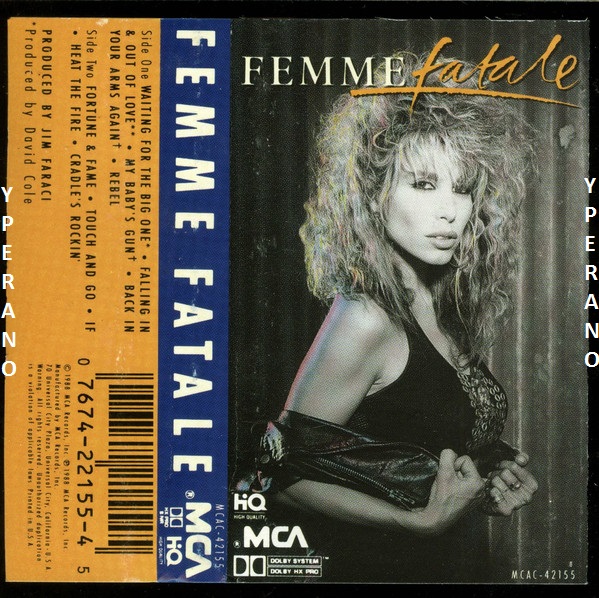 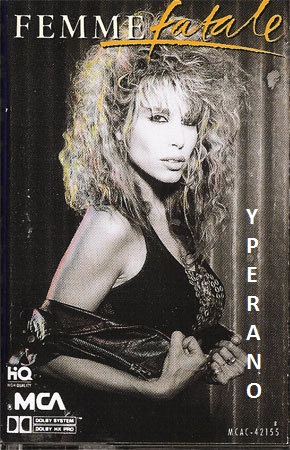 Femme Fatale was formed in 1987 in Albuquerque, New Mexico. Later on that year, the band moved to Los Angeles and signed a recording contract with a subsidiary of MCA Records after an extremely well-received showcase. The band self-titled debut album, released in 1988, peaked at #141 on the Billboard 200 the following year. MTV gave heavy airplay to the videos for “”Waiting for the Big One”” and “”Falling in and out of Love””, the band two signature songs. The heavy airplay helped the album to sell nearly 200,000 copies, but Femme Fatale was unable to match the popularity of other bands part of the glam metal scene. The band saw their status at MCA shrink and the band manager, Andrea Accardo, developed a rare brain cancer. Shortly after touring the world in support of Cheap Trick, recording was to commence on a new studio album, but ultimately it was never completed and the band dissolved in 1990.

Femme Fatale ‎– Femme Fatale
Label: MCA Records ‎– MCAC-42155
Format: Cassette
Country: US
Released: 1988
Style: Hard Rock, Heavy Metal
Tracklist:
A1 Waiting For The Big One
Producer – David Cole
A2 Falling In & Out Of Love
Remix – David Cole
A3 My Baby’s Gun
Remix – Brian Foraker
A4 Back In Your Arms Again
Remix – Brian Foraker
A5 Rebel
B1 Fortune & Fame
B2 Touch And Go
B3 If
B4 Heat The Fire
B5 Cradle’s Rockin’

Producer – Jim Faraci (tracks: A2 to B5)
Vocals – Lorraine Lewis

FEMME FATALE: Falling In And Out Of Love 12″ US PROMO only + HUGE POSTER. This version is different from the album version. Sexy female singer! Check video!

FEMME FATALE: Falling In And Out Of Love 12″ Sexy female singer + AC/DC cover “Its A Long Way To The Top” Check video!

FEMME FATALE: Falling In And Out Of Love 12″ Sexy female singer, AC/DC cover “Its A Long Way To The Top”. Check video!

FEMME FATAL: Waiting for the Big one 12″ Check VIDEO. Plus UNRELEASED song “My baby’s Gun”