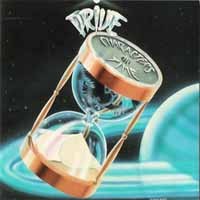 Excellent metal here, featuring Eric Carr of Kiss, he’s listed as drumming on the entire album but not listed as a band member,

Released in 1988, Characters in Time was the debut album by Drive, a U.S. metal band whose sound (at the time) was equal parts Fates Warning, early Queensryche, pre-rock opera Savatage, and Crimson Glory. It has that great American power metal sound and just enough progressive elements to keep things interesting. There is plenty of intricate guitar riffing, and high-pitched vocals that cut like a scalpel.
Characters in Time is a very solid power metal album, though it’s definitely nothing you haven’t heard before. If you’re into old school American progressive/power metal, then it’s well worth seeking out. The early 90’s was a time when only the strongest metal bands survived. Drive, sadly, was not one of them.

1988 is proving to be a year where more emphasis is being placed on high quality Metal. It appears the Metal population are becoming connoisseurs of bands that have honest-to-goodness talent and unrelenting “drive”. Which brings us to the case in point…

Combining their classical blues rock influences and what they describe as “high tech stuff”, Drive formulates a sound that drives screeching down cranium lane! This finely tuned machine roars with power and precision. Too heavy to be Rock and too refined to be Thrash, Drive offers a lethal dose of melodic yet powerful metal.

Led by the twin axe attack of Rick Chavez and Mercy Valdez, the fantastic vocals of David Taylor (R.I.P), the pounding fury of bassist Michael Guerrero, and the hyperactive drumming of Valentine San Miguel, Drive blazes a path of Metal destruction.

Producing a sound brimming with pride and an unrelenting fighting spirit, Drive shows Metal moxie and fierce determination. Every song pushes the pedal to the limit. Such notable songs are the high-powered rocker, “Kamikaze”, steady and fast with guitars blazing, and “Stormtrooper”, which is cool and calculated with some nasty guitar work (ala’ Ted Nugent). Another outstanding selection is “Heroes Road”, containing beautiful guitar work and Taylor’s superb vocals.

Perhaps my personal favorite is “Eternal Mercenary”. It boasts Dio-like quality (but heavier), with guitars once again leading the way. Chavez and Valdez’s guitar work reminds me of Iron Maiden and roars down the tracks like a runaway locomotive. The way these two can interweave their respective guitar talents is simply amazing!

Get out and buy this, slap it on and start cookin’.

*The band ended up moving to Los Angeles in the mid-80’s when it’s members were barely out of high school.

*After winning a radio contest with their song “I Need The Nights”, Drive landed on the Best of the West compilation released by Rampage Records.

*At the beginning of the next decade the band left Rampage and signed with Zoo Records. In 1992 the band released the sonically advanced and more mature sounding Diablero to rave reviews from the metal underground.

Unfortunately, a shake-up at the label left the album without much of a push, and the band’s recording career was put on hold as the band members moved back to Texas. *from Wiki

“On June 25, 2009, while driving (along a San Antonio interstate), lead singer David Taylor lost control of his vehicle due to a tire malfunction, causing him to crash. He was airlifted to an area hospital where he died of his injuries five days later. He was 44.”

David Taylor – R.I.P. You will be missed!

Here are some pictures of the LP 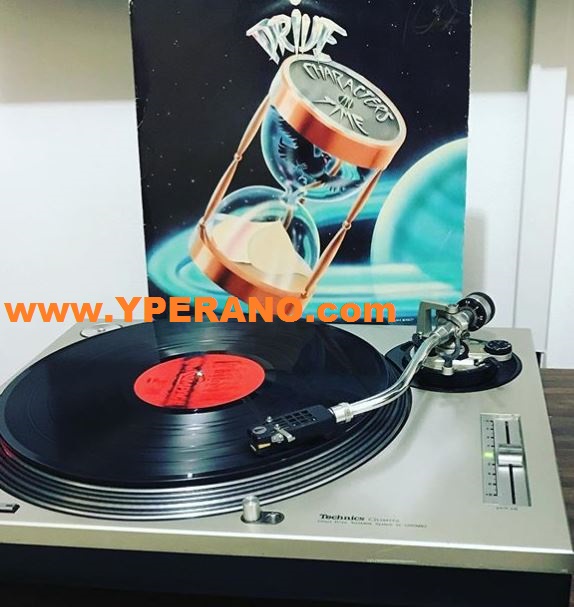 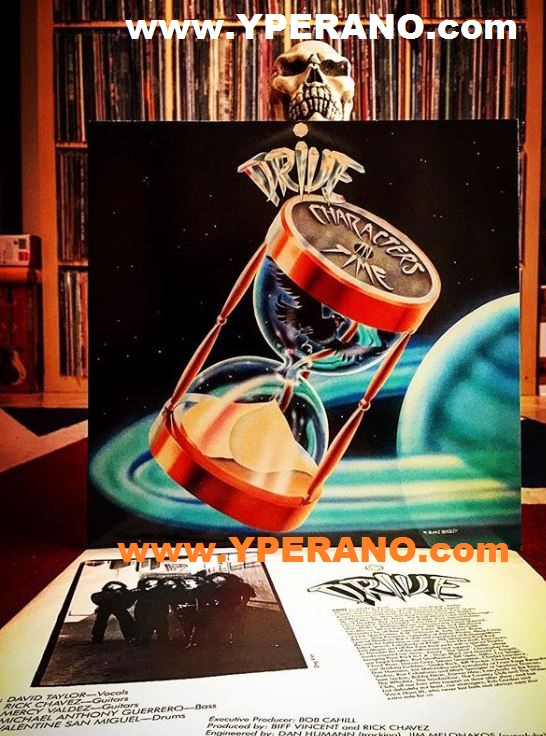 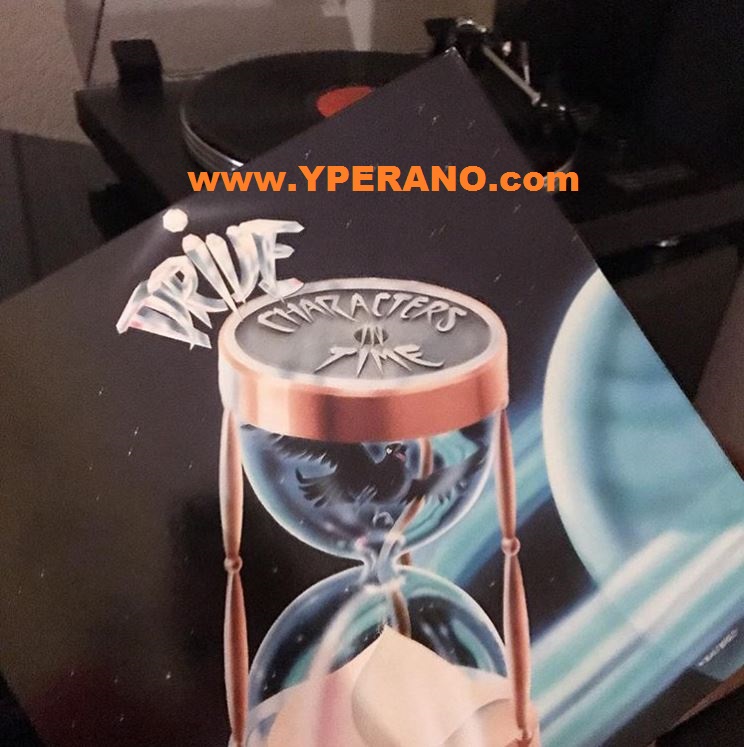 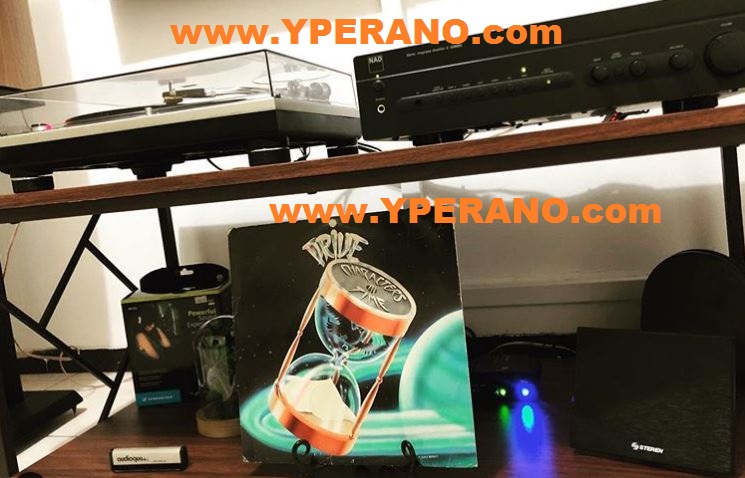 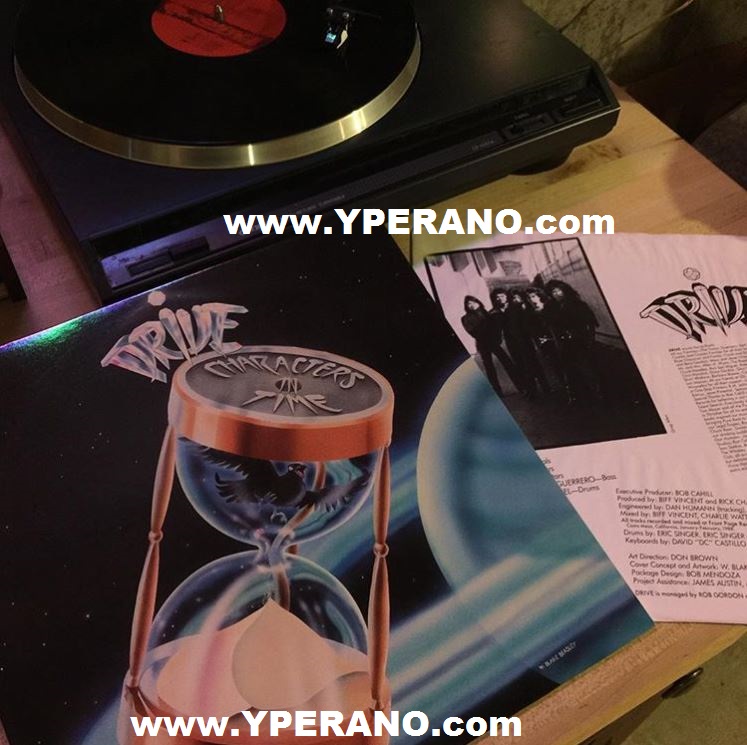 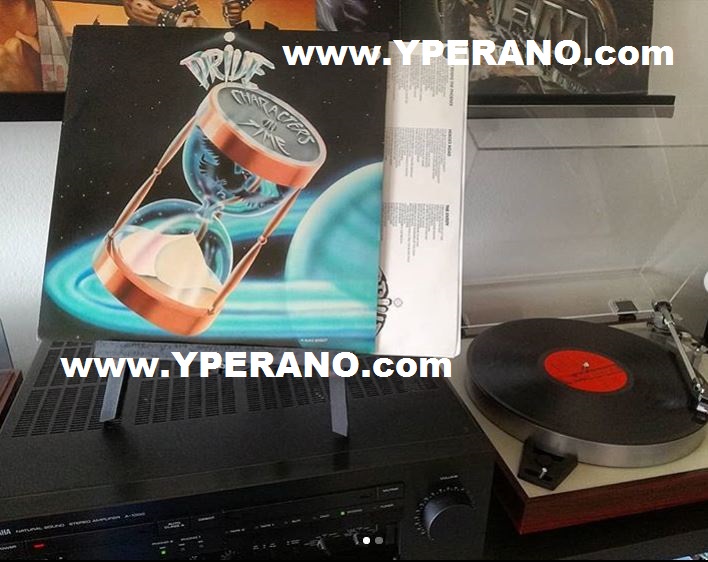