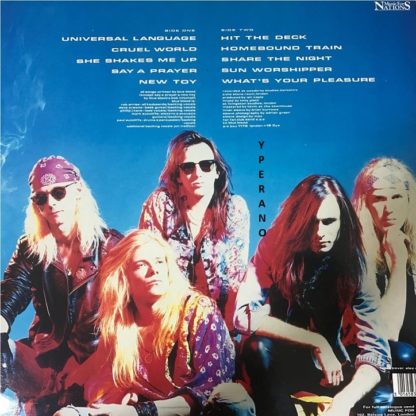 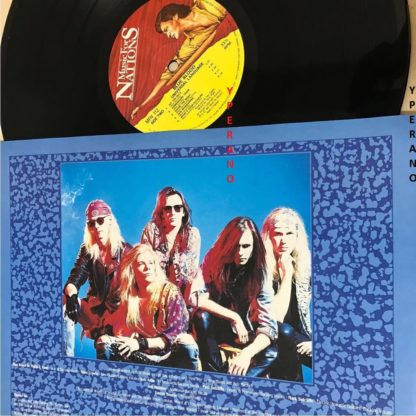 Blue Blud achieve to combine the big hair metal sound of the 80’s with some more melodic AOR stuff. Some really catchy and anthemic songs  are clearly showing that this band could be huge back then.  So if you are lookin’ for some big sing-a-long choruses with great guitar work and great performances then this is the album you are looking for.

Blue Blud rule!!!! I’ve never heard such a quality 80’s rock band, check them out and buy this; for gods sake it rules!

a crying shame nothing big happened with this band, they had the potential..wrong country maybe? One of the best bands to come out of Britain. This hasn’t a single weak moment…  Great 80’s hard rock in the style of Bon Jovi. Pick this up if Bon Jovi, Firehouse, Danger Danger, White Lion….are your style of music.

Another great UK AOR / hard rock / Melodic band…This is as good as it gets. A flawless and riff heavy melodic hard rock album of the highest order.

Taking as their primary influence US stadium rockers Ratt and UKs Whitesnake, the British Blue Bludd managed to insert a limited amount of their own identity into two albums for Music For Nations Records between 1989 and 1991. Comprising Phil Kane (vocals), Mark Sutcliffe (guitar), Rob Ariss (keyboards), Dave Crawte (bass) and Paul Sutcliffe (drums), the nucleus of the band had previously played together in the group Trespass. The Big Noise was an encouraging start, although its slick, heavily stylized sound failed to secure significant sales. That fate also befell Universal Language in 1991, though reviews were largely positive.

“We formed Right back In 1986 in Sudbury Suffolk, England, Leaving behind Trespass our previous band which we would go on to re-form after the Blue Blud days. Our first recording was a five track Ep entitled ”Liquor and Poker” before 1987 came along and we went on to support the ”Tygers Of Pan Tang” on their British Tour. After the Tyger’s tour late 87′ we decided to add Phil Kane onto lead vocals and we grabbed a shot in London’s Marquee Club supporting ”White Lion”

With Phil in tow we went on to support many other bands From ‘Shy’; to ”Faith No More” among others, We Eventually Signed up a management deal with EX-Chrome Mollys Manager Harry Cowell and signed to Music For Nations and wound up touring with friends ”Tigertailz” who were also on the same label. 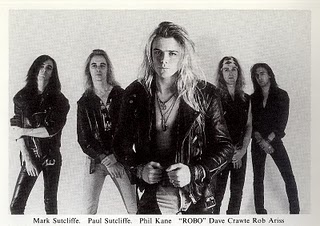 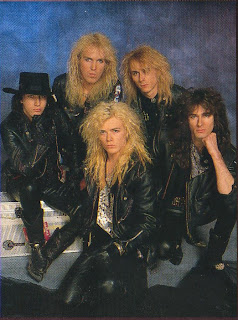