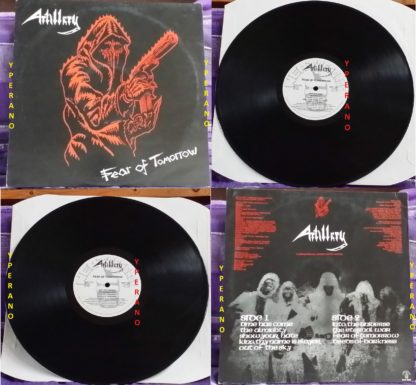 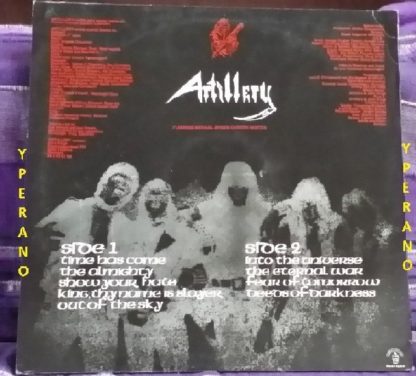 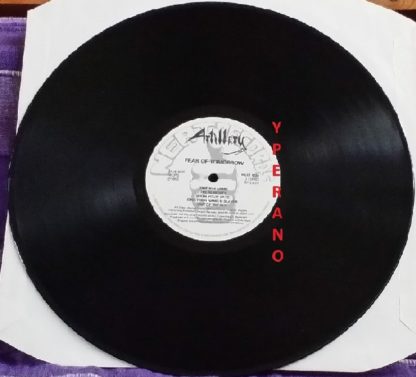 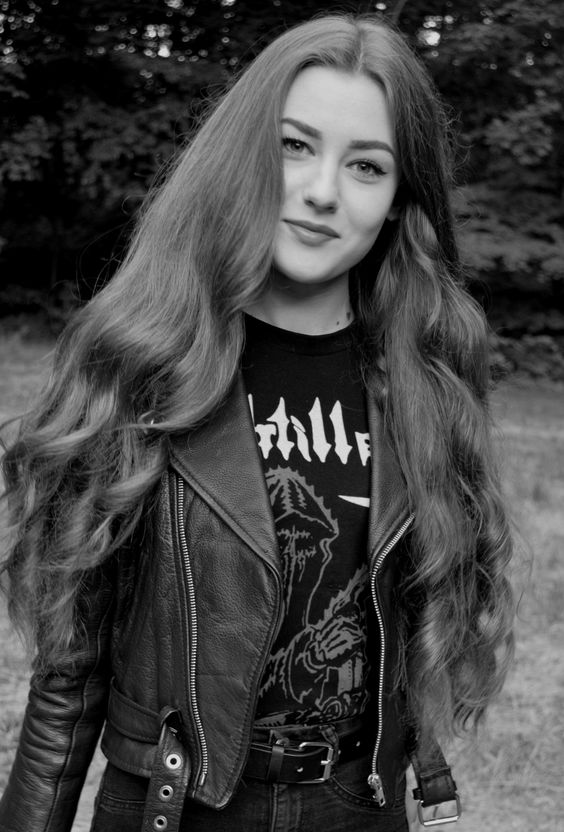 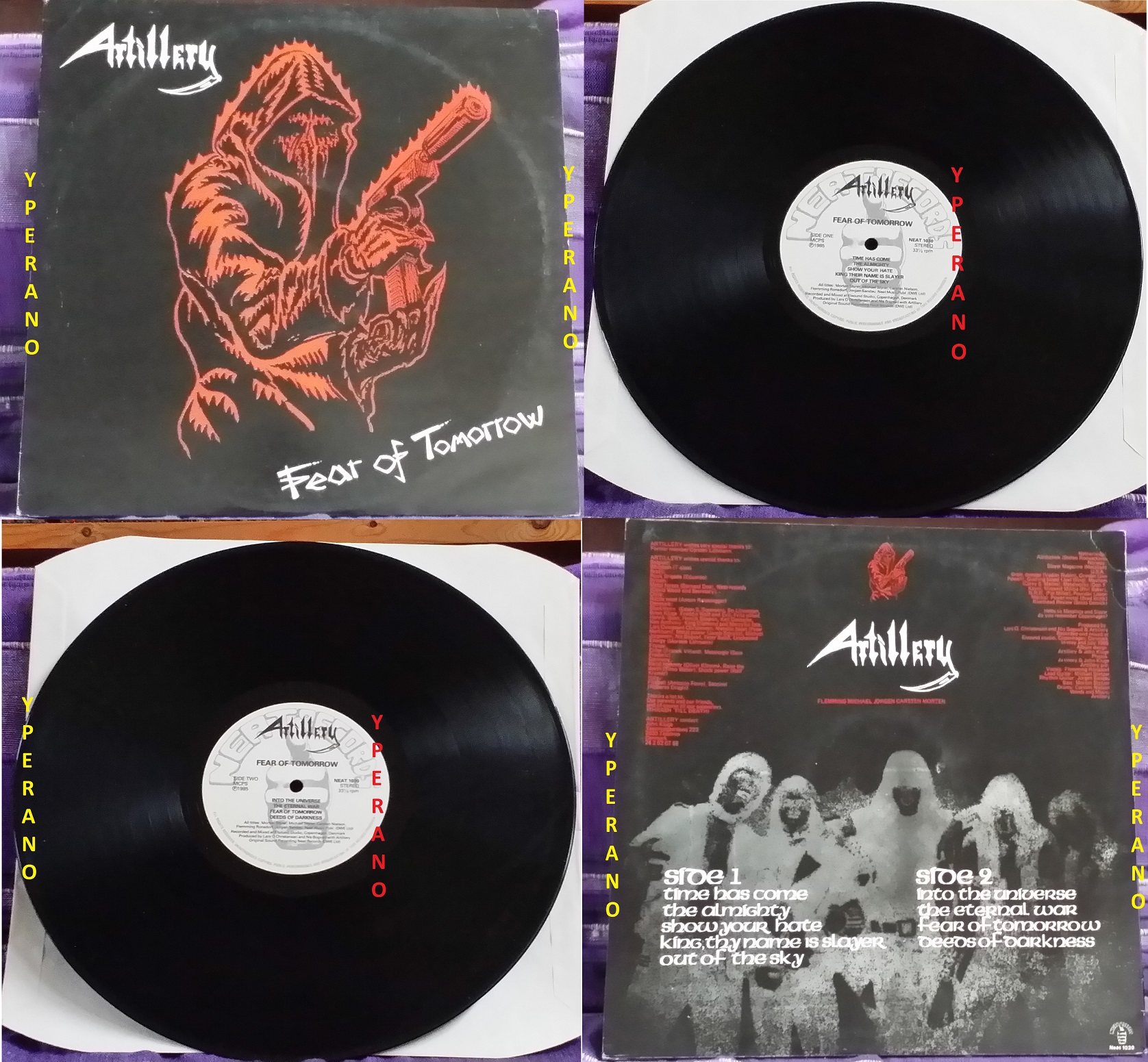 Fear of Tomorrow is the debut album by Danish technical thrash metal band Artillery. It was released in 1985 by Neat Records.

It Heavy and Fast but intelligent
Europe should have been delighted and proud to have had (and still have) one of the most representative thrash metal bands in its territory. Instead of looking at the other part of the ocean, it should have been sufficient for the metalheads to look closer and more carefully to discover one of the greatest bands that this genre ever gave us. These Artillery from Denmark are easily one of the best and, unfortunately, one of the most overlooked bands in the history. Their skills and power immediately caught the attention and the respect of a quite large but silent slice of people that were practising their cult in the underground, with constancy and loyalty, like this band always did.
The first thing you can think about them, after Thrash metal from Legends!â€ is the word  passion. This is what they are about and this debut, like the other albums in their discography, is an obligatory stopover and a Mecca for the thrash metal fan. The one and only that was so pure at the middle of the 80s. No innovations, no will to be sweet and gentle; just pure aggression and hyper speed. This is where the first form of speed metal that exploded at the beginning of the 80s is filtered through the energy and the violence of the first wave of thrash metal.

This Fear Of Tomorrow starts with a sounds of shots to continue with the first thrash/speed metal assault. The production is not so clear and the drums are a bit hidden in the background to prefer the guitars loud sounds. By the way, everything is perfectly audible and to appreciate it you must also forget about modern and polished productions. This is thrash and it doesnt need your pathetic and commercial productions! The tempo parts are in fast succession and the up tempos are never too impulsive because sometimes they are mixed also with more technical and complex parts. The solos are just great and with this production, they seem ever more powerful. The first thing that you can immediately notice, along with the very good music, is the vocal style by the TRUE, the ONE and ONLY singer that deserves to be credited as one in the history of this band: Flemming is just one of the most personal, characteristic singers in this genre. His tone is not common and truly hard to put in words. He’s powerful and unique in its not so melodic but catchy style. The best thing is to hear it by yourselves.

The most fitting example of his inimitable style is  The Almighty  song where he gives the melody to the entire song, both in the verses and the refrains. Although, the refrain of  Show Your Hate is great and the speed restarts of this song are just blowing. The energetic, killer and intricate riffage is mixed with more simple and devastating fast parts where the patterns, still remaining quite complex, are always catchy and powerful. And this happens in all the compositions here. What I’ve always found truly great on this album is the intensity it achieves to transmit to the listeners even during the mid-paced parts (â King Thy Name is Slayer ). A track like  Out Of The Sky , with all its burden of a â€œready to explodeâ€ anger is just amazing. And then, when it does explode is even unbelievable. The classic speed metal influences this time are far heavier and the refrain is always perfectly stuck and recognizable.  Into the Universe  is very similar for the total impact style and the vocals always give the right catchiness to the track. This is a perfect combination of opposites. By the way, they are not pop style, but they conserve always a right rawness.

The title track is a sheer assault diluted in three minutes and even this time the vocals are great and more melodic by the refrain. The guitars duets are the most technical side of the band and the solos are always a mix of hyper fast tremolo pickings and tapping parts. The sudden restarts by the drums are truly shocking. The last  Deeds Of Darkness  is the longest song here and during the mid-paced parts there’s the spectrum of Hellhammer flying over. The atmosphere here is darker but the speed parts contribute in filling the sound with galloping parts and fast up tempo parts. So, we reach the end of this 40 minute bloodbath and we are stunned. The guitars tune is still in my ears and it won’t come out. This band was exceptional at the time. They were filled with anger and desire of destroying everything, but always through a great songwriting and intelligent compositions. Don’t let this album be forgotten and covered by the dust of time. 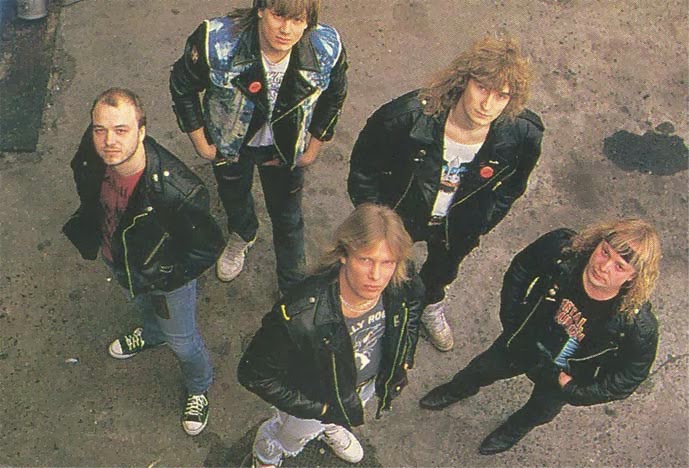 Whatever this is, it damn heavy
Talk about a badass band name, if you ask me. Anyways if you were to take a quick look at the cover for this release and compare it to their follow up album covers, you could potentially make the assumption that this is probably their darkest venture. Along with this many might tell you that this is not exactly pure thrash. Both of these points are actually dead on. Their early demo before this were among the heaviest stuff out there for the early 80 and this release is pretty much a perfect take on what they were all about in their earlier career. Regardless of having some non-thrash moments here and there, you didn’t get much tougher than this in 85′.

The production is what I think really sets this album not only apart from their later releases, but also keeps them away from sounding like a lot of various albums other bands were putting out in 85′. The sound here is really thick, fairly murky, definitely raw, and the drums literally sound like they’re making cracks in the Earth at times in the background. The guitars sound like rusty indestructible chainsaws. This all gives the album a ton of atmosphere essentially making the whole thing sound pretty damn evil. The mix isn’t entirely consistent when it switches between tracks, but for the most part it pretty good and maintains a good level of balance with the instruments and everything. Along with the tough production here, vocalist Flemming sounds more aggressive here than he does on their next releases. He an all around great vocalist in my opinion just with a different and more straightforward approach to vocals here, he tends to stick to mid to low ranges pretty often on this one but still sends out some of his unique screams at times. All in all his performance on this is awesome while sometimes sounding like a twisted psychopath, very aggressive stuff. Most importantly, the guy easily has a one of a kind of voice.

Flemming is far from being the only one here in top form however, every single member on this one is far more than just impressive. Carsten Nielsen whom would stick along with the band for the majority of their career does a fantastic job on drums. The drum work fits every song perfectly and when needed, he has no problem stomping around the place hitting insane speeds. Like I pointed out above, the drums have an interesting sound on this at least with the bass more than anything else, they sound like huge shock waves breaking into the ground fairly often and it just sounds epic. Morten Sttzer on bass is downright amazing and stands out a lot throughout this album, especially on one of my favorite tracks The Almighty (not only a favorite off this album, but one of my all time favorite Artillery songs). When the solo are going on in this song Morten completely dominates on the other side, 3:07 – 3:17 is simply unforgettable thanks to the bass (these lines appear before but don’t stand out quite as much as they do at this mark). His performance is incredible throughout the whole thing. Just like a few other bands such as Flots and Jets, Artillery really knew how to fairly use the bass here. That leaves us with guitar duo Sandau and Michael these guys are just all over the place. A lot of the songs are riddled with various leads, multiple solo, even some nice harmonies from time to time. This was definitely a complete effort with every member getting a nice share of time under the spotlight.

Overall Fear of Tomorrow is a definite classic from the majestic ’85. They dab into some traditional instances here and there, maybe even throwing tastes of power and speed around a bit, with a heavy focus on thrash more than the rest. You can tell this was pretty experimental, but hey haven’t they always been kind of an odd bunch? Not to mention they weren’t the only one with a unique dÃ©but blending in a bunch of stuff back then. All in all it’d be unfair to call this inconsistent, because the quality is always there and this album utterly bleeds metal. Time Has Come is a nice classy start, has some instrumental stuff opening up that may or may not be your thing, it nothing to really complain about though. This one almost sounds like some possessed NWOBHM offering slowly falling into hell or something, when the solo come in things just go completely over the top. The Almighty is next which I already discussed somewhat above, this song is one demonic stampede with some insanely catchy lyrics. Show Your Hate … 1:41, it hard to explain but just imagine all the guys catching on fire with their instruments exploding and going nuts. Moments like these that are pulled off so well like they did here are utterly unforgettable and well, truly hard to come by these days (this also happens with like half of the tracks here, insane). Out Of The Sky is another obvious highlight, this song is like a nuke of riffs, metal, whatever, it chaotic. Same can probably be said about the album self-titled track towards the end. The Eternal War and the finale Deeds Of Darkness both stand out a lot themselves and they also have those odd riffs that would be pretty prominent on Terror Squad, when you hear these riffs you just instantly know you’re listening to Artillery. If you want something that so heavy it scary while being fairly unique from the norm at the time, get this. But hell if you can, get your hands on a copy of Through The Years. Instead of just saying Fear of Tomorrow is a classic, it easier to just say Artillery themselves are. 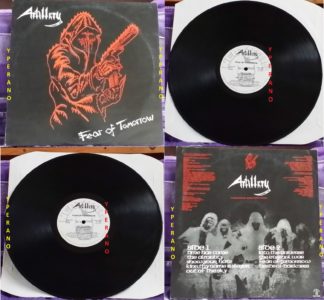