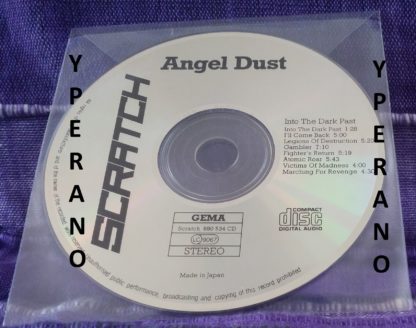 Here is one exceptional press to grab – extremely hard to find unofficial press on Scratch Rec. 1987 (cat. 880 534). For the original one is almost impossible to get, here is however ultrarare alternative – sounds exactly like the original and of high quality. A must have for every old school thrash/speed fan. Don’t miss the chance and get it to your collection!!!

Tracklist:
Into The Dark Past
I’ll Come Back
Legions Of Destructions
Gambler
Fighters Return
Atomic Roar
Victims Of Madness
Marching For Revenge 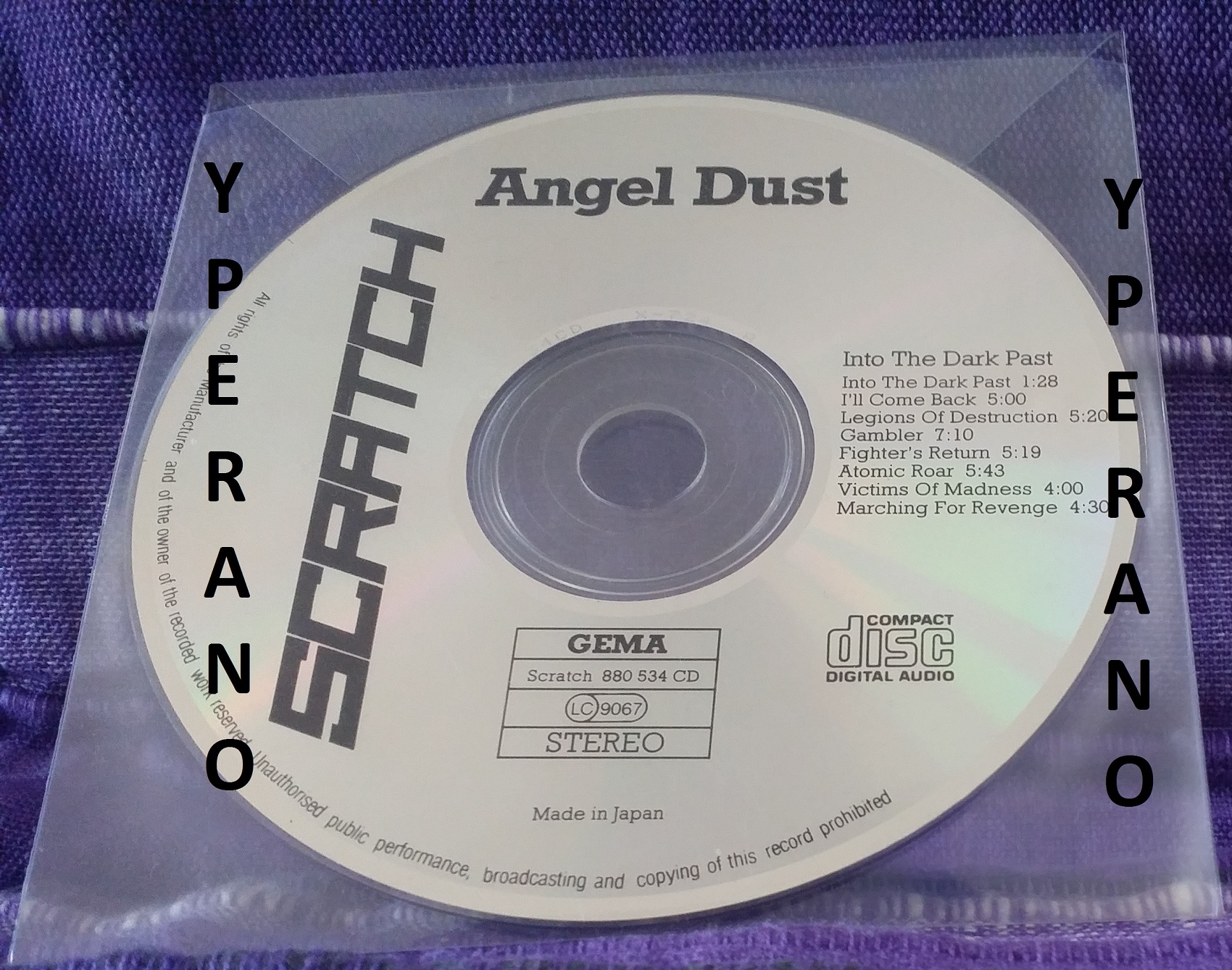 ANGEL DUSTs first work “Into The Dark Past” of 1986 can be described with just three words: speed, speed, speed. Okay, we won’t do it so easily.
Imagine METALLICAs top song “Fight Fire With Fire”, conjugated with the violence of MOTÖRHEADs “Ace Of Spades” and you get a pretty exactly picture of the seven songs and the gloomy piano intro “Into The Dark Past”. The songs are thoroughly fast but short breaks and partly little slowdowns of their speedness can loosen the record and the guys don’t drift completely into the Thrash Metal genre.
Otherwise I should mention, that the production was in the experienced hands of Harris Johns, respectively of the label boss Tommy Ziegler, so nothing could go wrong. By the way, the band was managed by “Rock Hard” boss Holger Stratmann that time. ANGEL DUST split after this album. Bass player Frank Banx and drummer Dirk Assmuth continued the old band with a new line-up, singer/guitar player Romme Keyner went back with RISK in 1988, while guitar player Andreas Lohrum dropped into oblivion.

Be the first to review “ANGEL DUST: Into the dark past CD Japanese 1986 original 1st press (disc only, no booklets) ULTRA RARE. FREE £0 for orders of £300+” Cancel reply 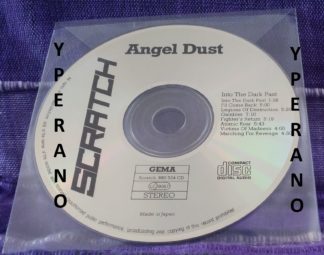