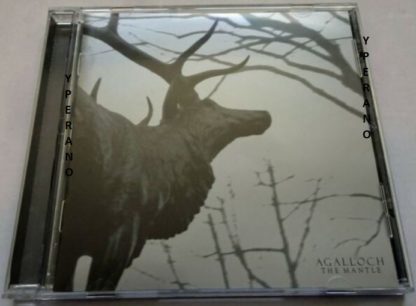 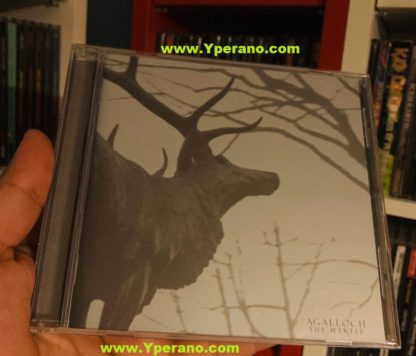 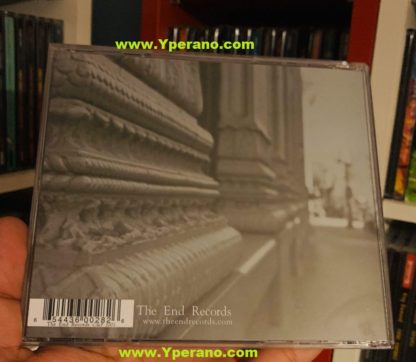 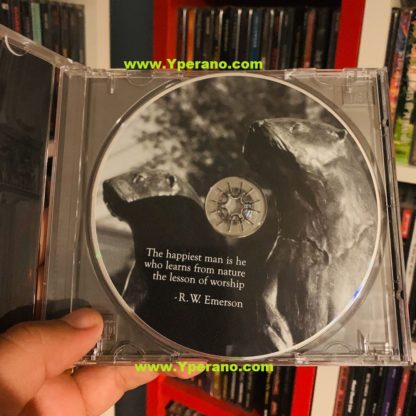 It is really amazing how this guys have developed their own style. In fact you can listen to this and say that this is pure Agalloch…they have developed an Agalloch sound (which was present also in their previous “”Pale Folklore””). Here you have all the melodic and climatic elements combined in a really dark way. You have keyboards, acoustic guitars and really calm passages but everything is designed to create a dark atmosphere in all the tracks. The feelings are of sadness, loneliness. There are heavier tracks like “” I Am the Wooden Doors but they are all full of twisted melodies that make Agalloch and this recording a unique experience. A must for any music lover. One of the records of the year. 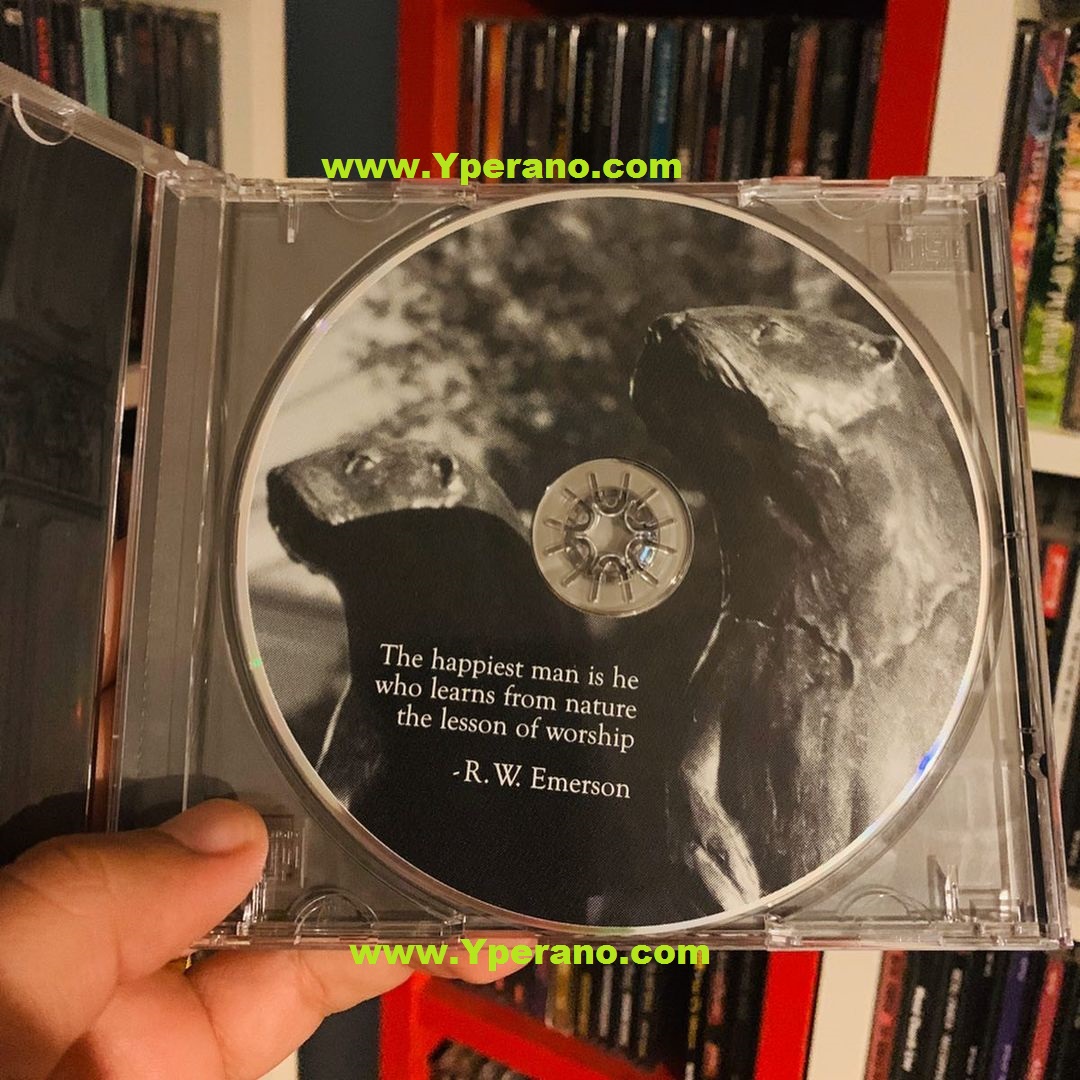 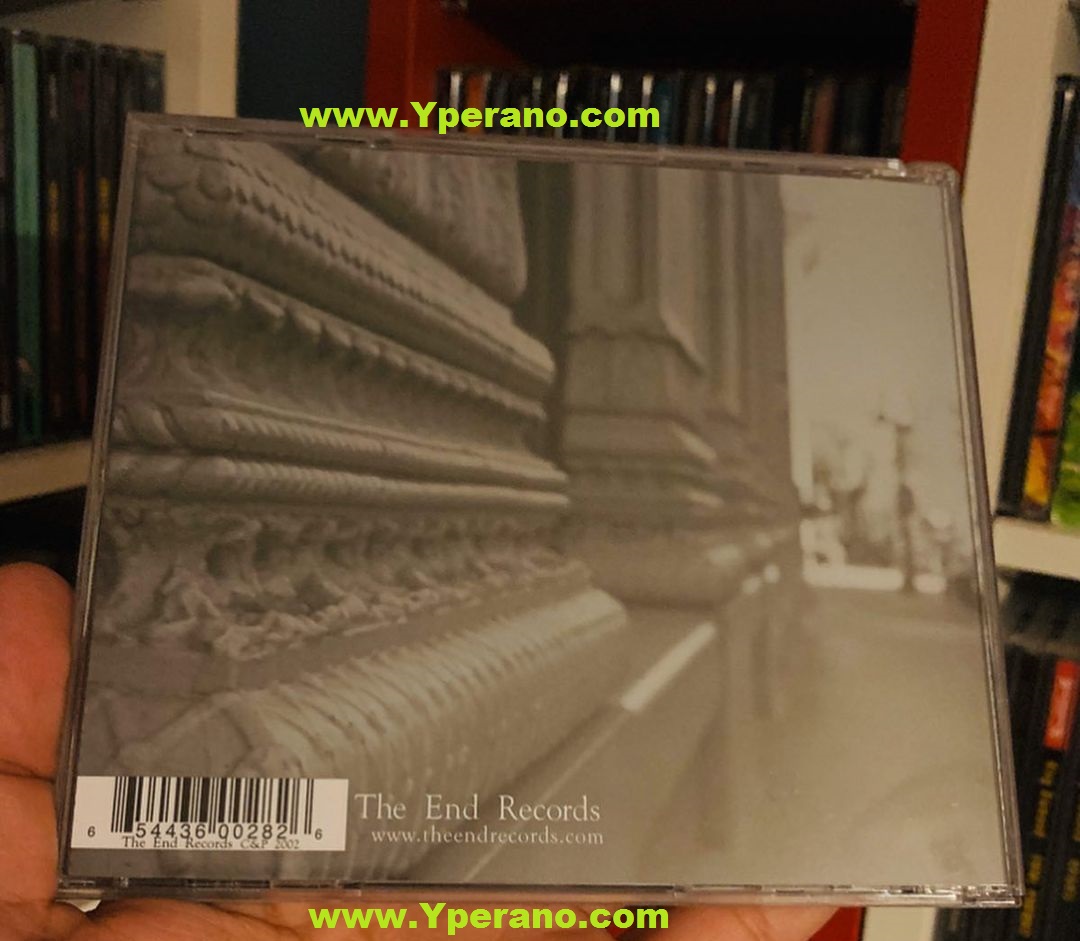 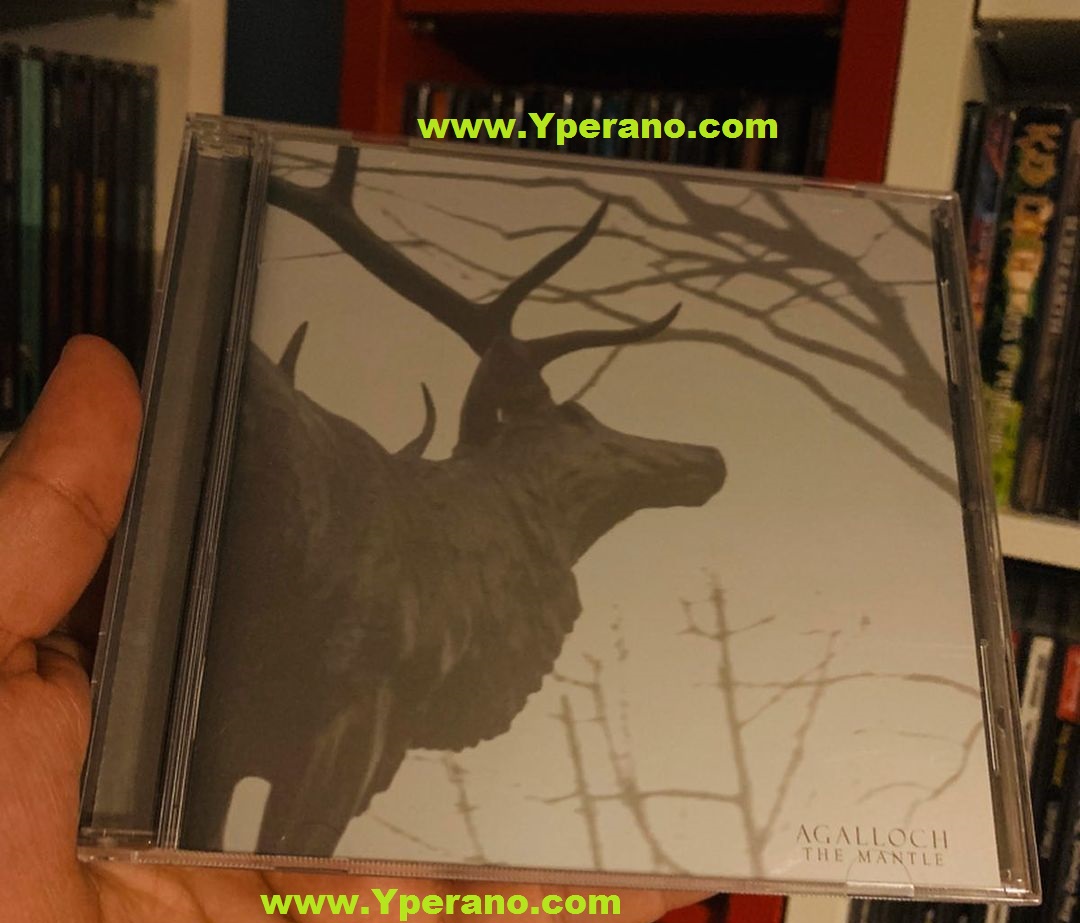 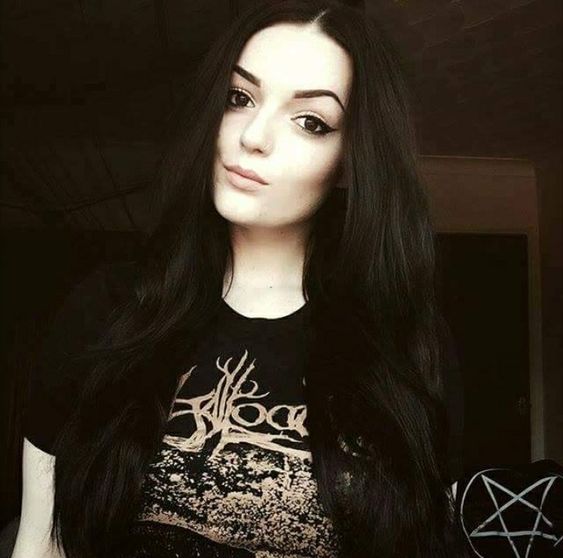 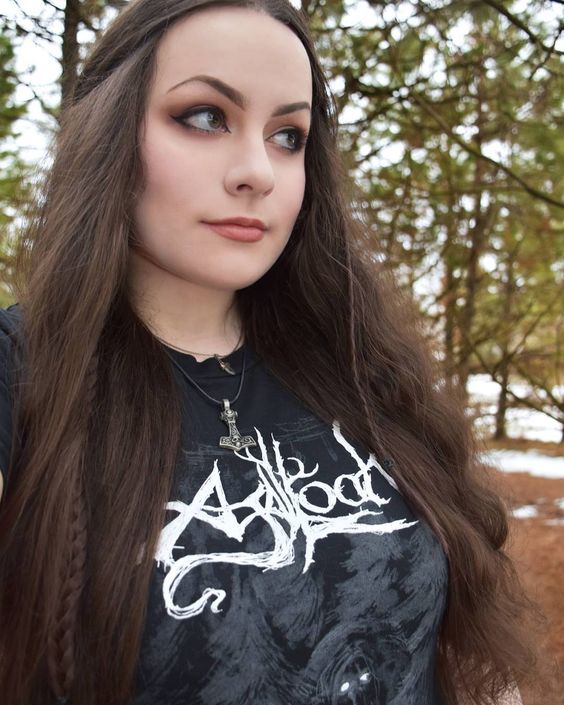 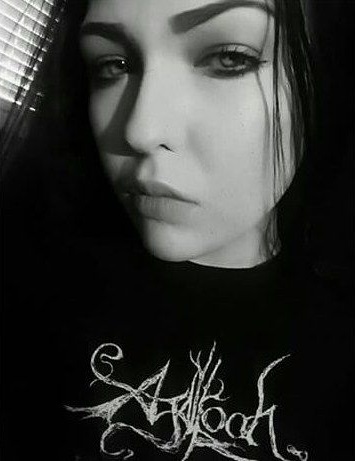 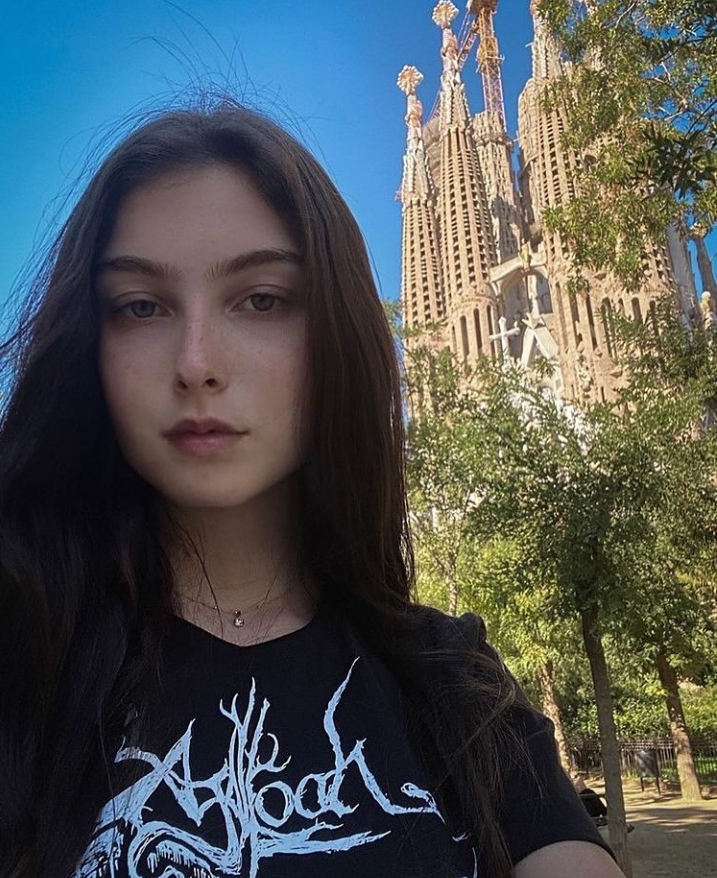 5.0 out of 5 stars Stunning.
Any Opeth comparison is senseless and unfair. To me, Agalloch is strange marriage of Norwegian metal’s halcyon elegy, seas of atmosphere, folk music, screeching metal, and more. So smoothly integrated are these styles that the designation of “”metal”” becomes hardly satisfying, or at least Agalloch hammers the mold to suit themselves. Their “”metal”” — a term presumably assigned because of some harsh vocals and double-bass drumming — is soft and haunting and gorgeous. The glassy distortion on the guitars is the dull gleam of sunlight beyond gray clouds rather than machine gun battery. Acoustic guitars dominate, punctuated with layers of electric guitars (rather than simple synth chords). Most importantly, Agalloch here develops seductive atmospheres and achieves them beautifully thanks to a lush but subdued production job. (Production is the only knock that can be sustained by their excellent debut, _Pale Folklore_.) Haughm’s voice is one of the eeriest I’ve ever heard, the vocals split between harrowing rasps and gritty, forlorn whispers. Although his voice was difficult to adjust to (it’s very…different), I love it now.
Instrumentation that seemed unchanging and simple proves to be very diverse on repeated listens. It helps to actually look at song credits and see what instruments are involved because they are very subtly integrated: from the symphonic percussion on “”…And the Great Cold Death of the Earth”” to the bristly mandolin of “”A Desolation Song”” to the beautiful, understated trombone theme in “”The Hawthorne Passage”” to the realms of texture within each song. Special note for “”A Desolation Song””, which uses the accordion (ggyah!) beautifully. Who would have thought…

Concerning that textural element, Agalloch is amazing in the way they weave different threads and progression in passages that are quite minimalist. “”The Lodge”” is an epochal instrumental that feels like you are rising from a winter forest on Earth to the cosmos. First it is only pastoral acoustic guitar chords shimmering as sparse percussion beats in the distance. Agalloch slowly adds nebulous texture after texture (double bass and electric guitars), which gives the music a nearly tangible rising sensation. Finally an empyrean electric guitar line is the only remaining sound as the other instruments retreat, leaving one with a feeling of transcendence and power. This is just one (short) example of Agalloch’s brilliant writing and arrangements.

The “”heavy”” songs are not really heavy at all: the double-bass drum intro of “”I Am the Wooden Doors”” is hardly threatening in and of itself and the gorgeous acoustic guitar break in the middle is sublime; “”You Were But A Ghost In My Arms”” is an epic electric/acoustic flow of longing and melancholy, intense in its own way but hardly heavy a la metal.

Probably the best things I can say about Agalloch are: their music is extremely difficult to describe and it gets _much_ better every time I listen. This music makes me want to curl up by a fire because it is icy and cold, but ultimately beautiful and amazing…

5.0 out of 5 stars AGALLOCH – They just keep getting better,
If you thought `Pale Folklore’ was a journey into the depths of Black-Metal influenced Ambient Prog Music, I can assure you that was only their warm-up hike. The Portland (OR.) based Agalloch return back for another epic journey through the wilderness with their powerful sophomore release `The Mantle’.

This album is a clear progression for the band… they have done away with much of the awkward sounding black-metal parts (though still kept the much of the genres influence) and furthered their focus on the ambience of the music… Tracks like the 14 minute `In the Shadow of our Pale Companion’ is song that is rivaled in modern progressive rock only by few bands (such as `Porcupine Tree’) This song is absolutely stunning… creative, lush, somber atmospheres. Where as songs like `I Am the Wooden Door’ go back to some of their more metal influences starting with a powerful double-bass intro… but still adding some beautiful acoustics mid-way through. There is not one bad track on the album and the disk is probably best listened to from start to finish to best appreciate this aural experience.

Overall, everything is stepped on this release… Better flow, more cohesive writing… Better production and sound… The vocal work has greatly improved. (Like I said above this album sounds less `awkward’ during their heavier parts then their previous album.) I mean `Pale Folklore’ was fantastic, but `The Mantle’, well it is just freaking amazing!!! Near perfection, in fact why are you still reading this? Go buy this CD! If you like atmospheric post-rock like Pelican, Red Sparowes even GYBE, and have any interest in Prog-Metal (Or things of a heavier progressive influence) such as Opeth, or newer Enslaved. You owe it to yourself to check out both there albums.
Sit back, relax, and enjoy one of the finer ambient albums to ever come out of the USA.

Favorite Tracks: In the Shadow of our Pale Companion, Odal, …And the Great Cold Death of the Earth
5 Stars. 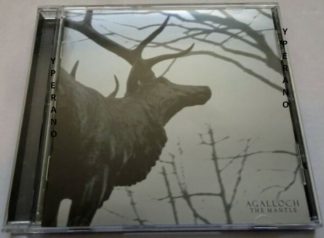