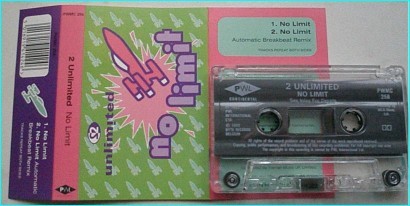 2 Unlimited was a Eurodance act formed in 1991. The project was the brainchild of Belgian producers Jean-Paul DeCoster and Phil Wilde, and was fronted by a Dutch duo, rapper Ray Slijngaard and singer Anita Doth. During five years of enormous worldwide popularity, the act scored 16 chart hits, including “”Get Ready for This””, “”Twilight Zone””, “”No Limit”” and “”Tribal Dance””. They are thought to have sold more than 18 million records.
“”No Limit”” was released in January 1993 and the repetitive nature of the song helped it become their most successful single ever, and by far the best remembered by the general public even now. The single topped the charts in Austria, Belgium, Canada, Czech Republic, Denmark, Finland, France, Greece, Ireland, Italy, Netherlands, Norway, Portugal, Slovakia, Spain, Sweden, Switzerland, and in the United Kingdom where it sold 532,000 copies and ended up the fourth best-seller of 1993.” 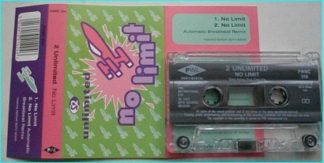