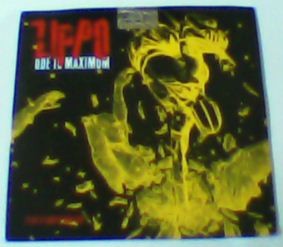 The Zippo is an Italian band that formed in 2004. The bands sound is a very heavy stoner rock, although not very dirty, ‘obscure’, experimental, with enough psychedelia and progressive elements.

Ode to Maximum is the first album, released independently in 2006, and is just too good! Recommended for those who like Orange Goblin, Colour Haze, and obviously Kyuss.