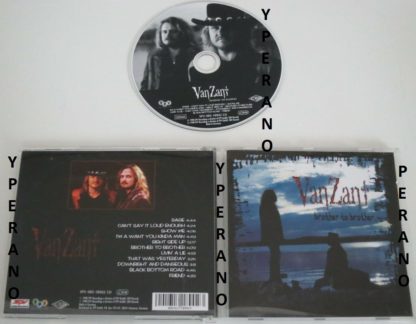 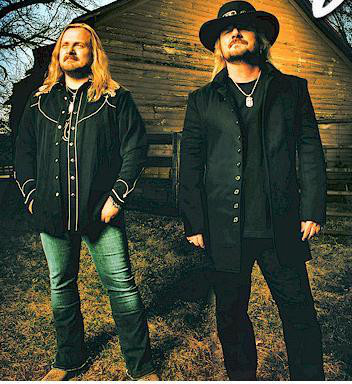 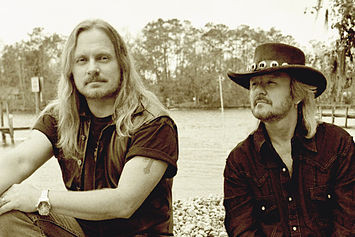 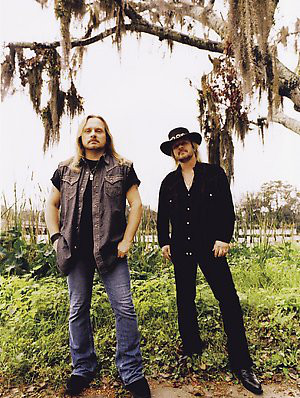 First ever of the legendary Johnny Van Zant (the leader of Lynyrd Synyrd) and his brother Donnie Van Zant (the leader of 38 Special). Both are very successful with their bands, and this is an absolute classic that should not be missed. The two brothers have left behind their Southern past with Lynyrd Skynyrd to play some American Hard Rock, My personal favorite from the album is “Black Bottom Road”, a song with a very bluesy feeling. Their connection with the blues is very clear anyway. You will find some slide guitars and blues rhythms to. Brother to Brother will definitely be one of my favorite albums in this genre of music. I think that open minded people music fans will like it

5.0 out of 5 stars
Fantastic new Classic Rock for the 21st Century. Guitars abound in various styles but without too much of an overlap into the Lynyrd Skynyrd or 38 Special style that you would maybe expect. There are obviously similarities to their respective bands but not too much that you know whats coming next.
The group known as Van Zant consists of latter-day Lynyrd Skynyrd singer Johnny Van Zant and his brother Donnie, who, with their emotive, gritty blend of rock, blues, and earnest Southern boogie, pay tribute to their late brother, Ronnie. Featuring a tight, seasoned backing band and soulful harmony singers, BROTHER TO BROTHER proudly carries on the tradition of Southern rock.

5.0 out of 5 stars What talent came from this one family wow!!!!!!!!,
This is one of the best cds I have ever heard. There is not a bad song on the whole cd. I can say for sure that these two voices together blows me away. What talent this family has I would love to hear something that had all three of these Van Zant brothers together. This cd reminds me of a cross between the Marshall Tucker Band and Skynyrd. I just love it. I hope that they continue to put music out together like this cd. Cannot get enough of it.

5.0 out of 5 stars Brother to Brother,
This is an excellent CD! If you’re a fan of Van Zant you already know how good they are, and if you haven’t listened to them yet, then you’re really missing out!

5.0 out of 5 stars 5 Stars For These Righteous Road Warriors,
BROTHER TO BROTHER is a great project from Johnny and Donnie Van Zant. This album combines the influences of the Allman Brothers Band, Lynyrd Skynyrd, the Marshall Tucker Band, the Outlaws, and .38 Special. “Rage” and “Can’t Say It Loud Enough” call on listeners not to sell themselves out to anyone, and are among the albums best songs, along with “Right Side Up”, which is about a person waking up and smelling the coffee after nearly sabotaging their looks on alcohol, drugs, tobacco, and/or junk food; “Livin’ A Lie”, which is a wake-up call to someone about to self-destruct; and several other songs. There are a few songs that are not so great, but the Van Zants’ belief that the young Australian tourist jailed in Indonesia since 2005 for drug-smuggling was unjustly convicted makes BROTHER TO BROTHER an essential purchase for both your ears AND your conscience.

5.0 out of 5 stars Great album,
I’m not a major southern rock’ fan. I like Skynyrd as a casual fan. I only own the greatest hits package, which is enough for me. I mean, who can’t love ‘Freebird’. I’m not a big .38 Special fan. I liked there radio hits back in the day but you won’t find me popping in one of there CDs nowadays (never mind the fact that I don’t own one, but you get the drift). But lately, with a majority of bands putting out crap for music I have gravitated to the European melodic rock scene and the ‘retro’ sound of the 70s rock. Bands like Wolfmother, The Answer, and Roadstar are re-igniting the torch marvellously. In my quest to find music that showcases musicians rather than corporate crap rock I came across Van Zant. I gotta say, I love this album. This is a solid effort from start to finish and it boggles the mind why this album didn’t receive radio play. I know there are Skynyrd fans out there who think that these guys are sacrilege and there no one will ever be able to walk in Ronnies musical genius. All I can say to that is ‘yeah, so’. These guys are musicians who love making music and if they make it this good then I’ll be building up my ‘Van Zant’ collection. Like it for what it is and not for what it isn’t because its not Ronnie. And lest we forget, we may be fans of Ronnie and mourn his passing, but they are his brothers. So get over it and enjoy the present.

5.0 out of 5 stars Best CD In My Collection,
I picked this CD up because of the links to Lynyrd Skynyrd, and I was not disappointed. Johnny and Donnie are fantastic artists just like their older brother Ronnie. I bought a Brother To Brother CD for most of my family members and friends so I can listen to the tunes while visiting. I am looking forward to the Van Zant II CD. I have seen both brothers perform with Lynyrd Skynyrd and .38 Special respectively, and would love to see the brothers perform together. Ronnie would be very proud.

5.0 out of 5 stars This is the best CD that I have ever purchased.
Bar none, this is my favorite CD. Any fan of Southern rock should snatch this up. Johnny Van Zant smokes on “Want You Kinda Man”. “Show Me”, “Rage” and “That Was Yesterday” just go to show that rock and roll is not dead. I like every song on this CD. Johnny & Donnie Van Zant would have made late brother Ronnie proud.

5.0 out of 5 stars Excellent!
This cd was basically a fun project for Johnny & Donnie. It was something that both brothers wanted to do for awhile and finally was able to get together for the recording. Once again, take any of the Van Zant boys & put them together…you can’t have anything other than some excellent tunes. This CD has the combined sounds of Skynyrd, .38 Special and of course Johnnys talents from his own albums. Ironic! On the inside of this cd cover Johnny & Donnie state that the didn’t care if they didn’t sell one copy of this, it fulfilled their dreams of recording an album together. Guess what? I think this is another must have!!! Try it, you will NOT be disappointed.

5.0 out of 5 stars great cd for the price, )
this cd was awesome i am a huge lynyrd skynyrd fan and i am very pleased with this item will return to buy more.

5.0 out of 5 stars SOUTHERN ROCK AT ITS FINEST.
THE BEST BLEND OF LYNYRD SKYNYRD AND 38 SPECIAL YOU’LL HEAR! 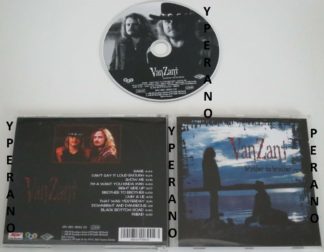